Home > News > Evolution of the Proton Persona in 27 years – Will it ever match the City and Vios?

Evolution of the Proton Persona in 27 years – Will it ever match the City and Vios? 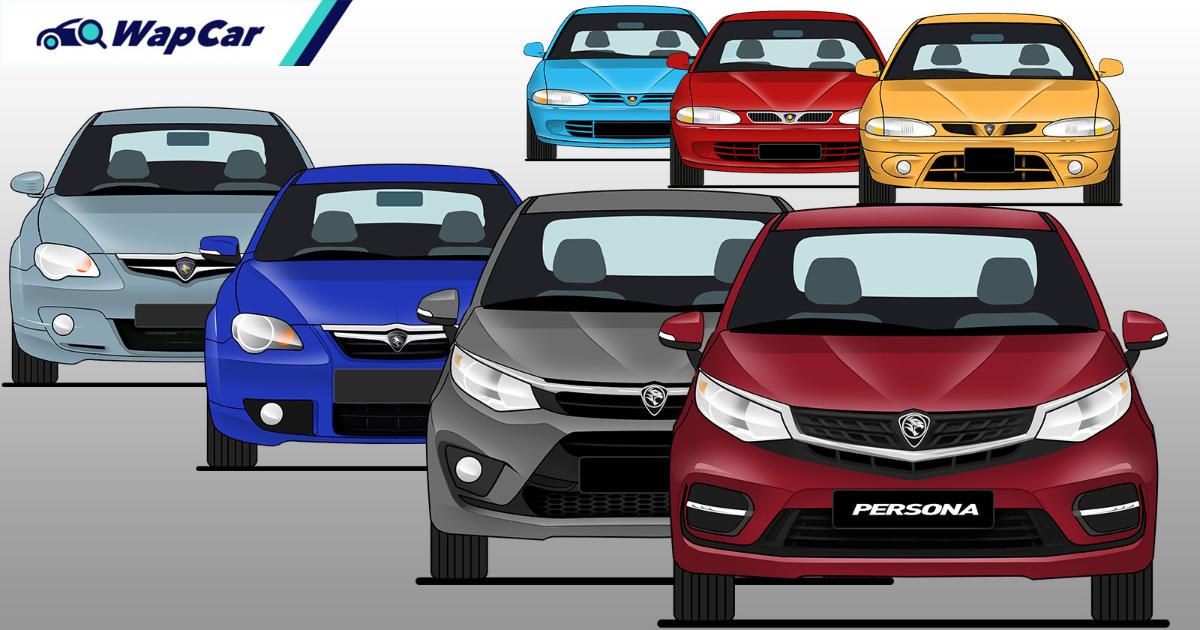 Back in 1993, the most preferred body-type for a car was a saloon. The Proton Persona debuted, and back then, we knew it as the Proton Wira. The Wira was known as the Persona in UK. Alongside the Wira, the Satria was called the Persona Compact, and the Putra was the Persona Coupe. 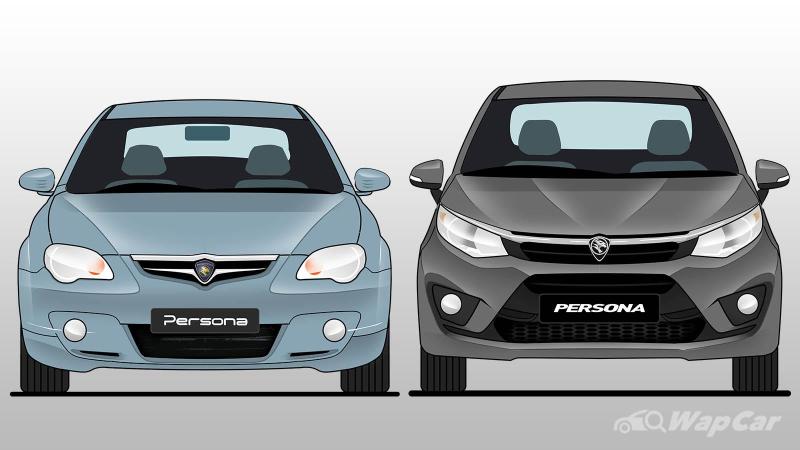 For 2 generations, the Persona was a C-segment saloon. Things were revamped in 2016, and the Persona name was redesignated to an Iriz-based B-segment sedan.

A lot has changed over 27 years, but the Persona remains an affordable family saloon.

Here is a brief history of the Proton Persona. 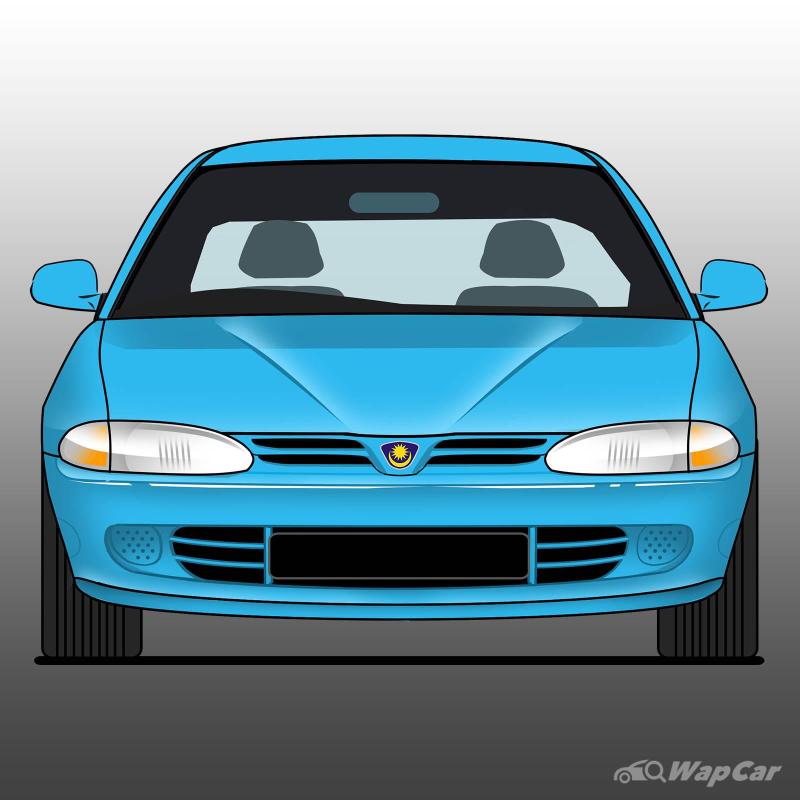 The Proton Wira was just a Proton Saga with rounded off edges. The good old 4G15 was carried over alongside a “newer” 4G92 1.6-litre engine. Upon launch, three powertrain options were available – 1.5 GL MT, 1.5 GL AT and 1.6 XLi AT. Sold in UK as the Persona, the Wira came in either sedan or “aeroback” body style. 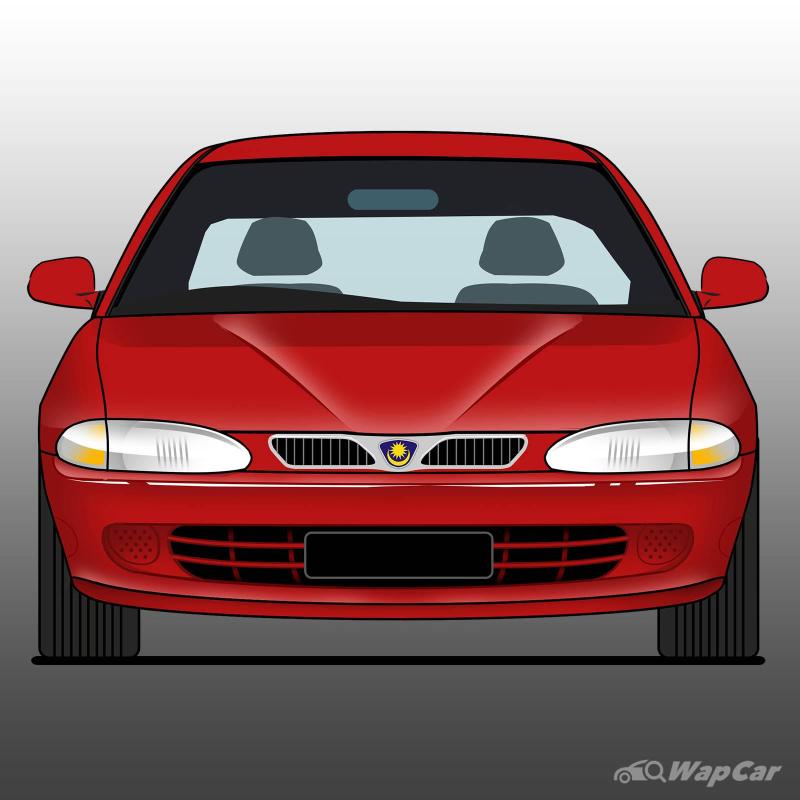 A new a grill and taillights adorned the Wira. A less-powerful variant, the 1.3 GL (MT), was also introduced alongside diesel variants. 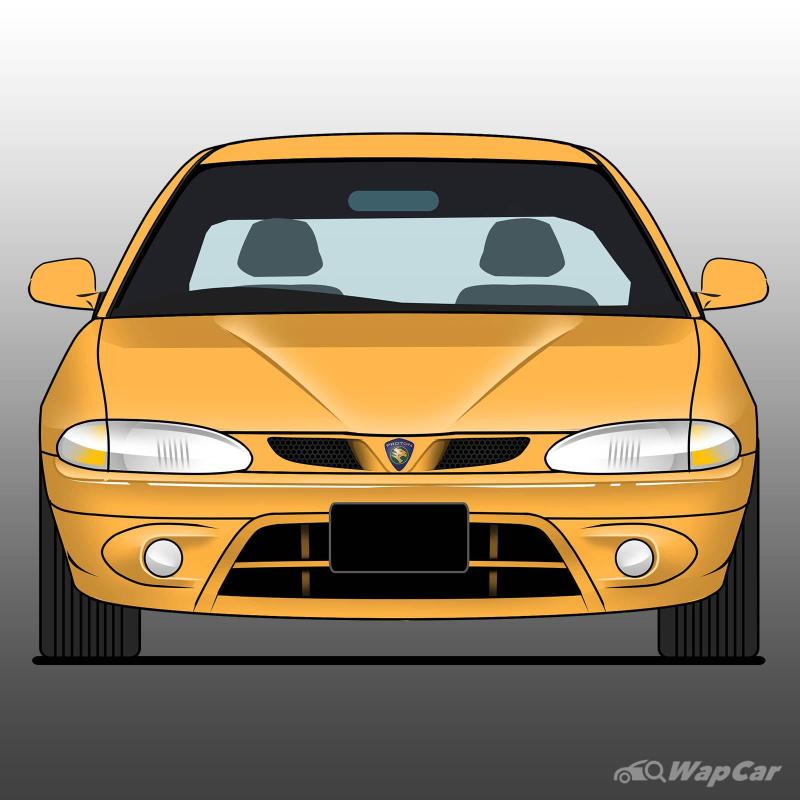 By 2004, the Wira was extremely outdated. The NCP42 Toyota Vios and GD8 Honda City have started to win the hearts of Malaysians. In its final efforts, the Wira slapped on a new grill and even went full RICE with the Wira Special Edition. 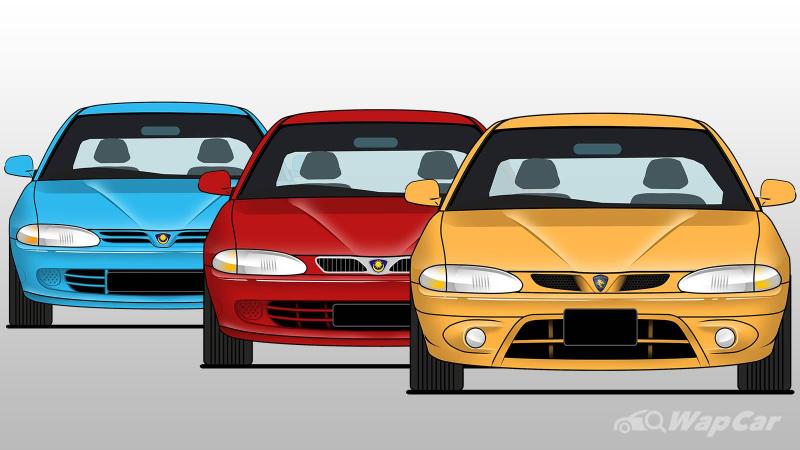 In 2009, we finally said goodbye to the Proton Wira. 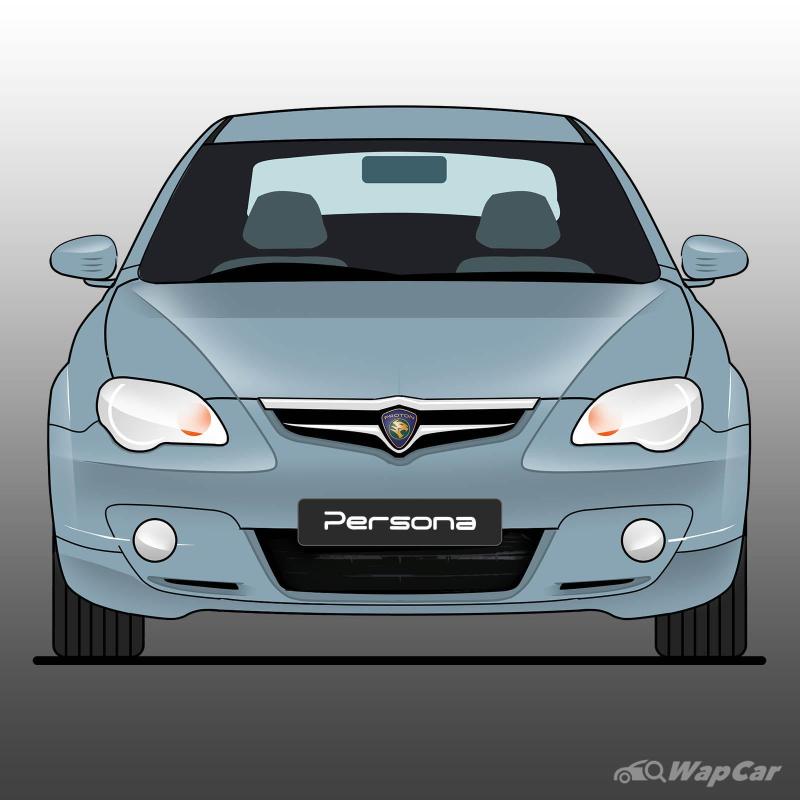 The second-generation Proton Person was a big leap forward from the old Wira. Proton had developed the car from the ground up and used its own CamPro engine. Similar to the Proton Wira, the Persona was also available with an “aeroback” version that we know as the Gen-2.

The Persona improved the looks of the Gen-2 and even had a glovebox. The second-gen Persona is available with a 1.6 L CamPro engine with either an automatic or manual transmission. 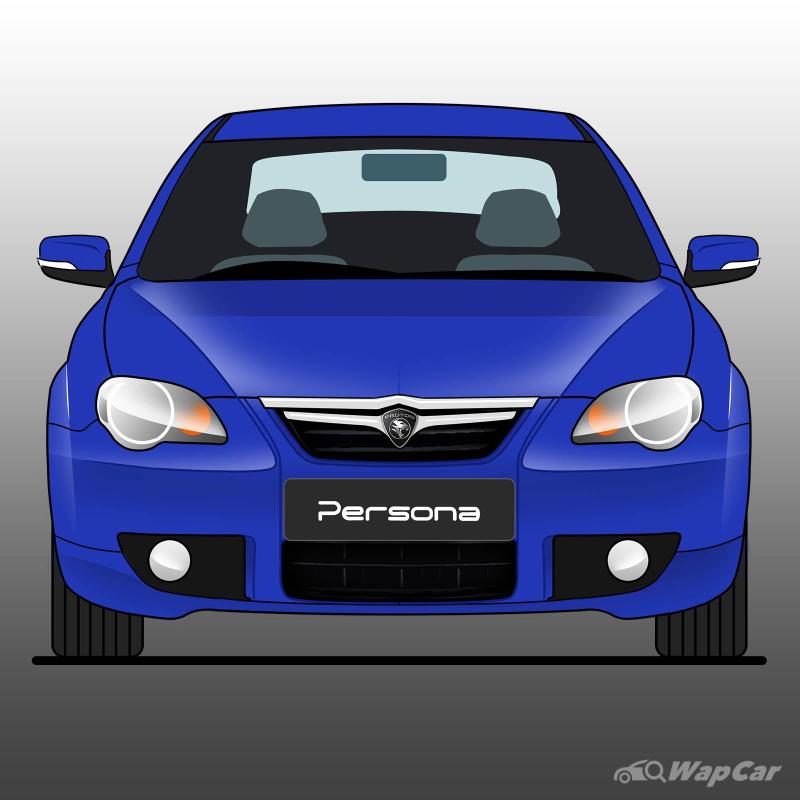 In 2013, a Super Value (SV) version of the Persona was launched, vey much like the Proton Saga SV. Although compromising certain luxuries, the Persona SV did not cut any corners in the safety department. The SV came with all-round disc brakes, dual airbags, ABS, and ESC. 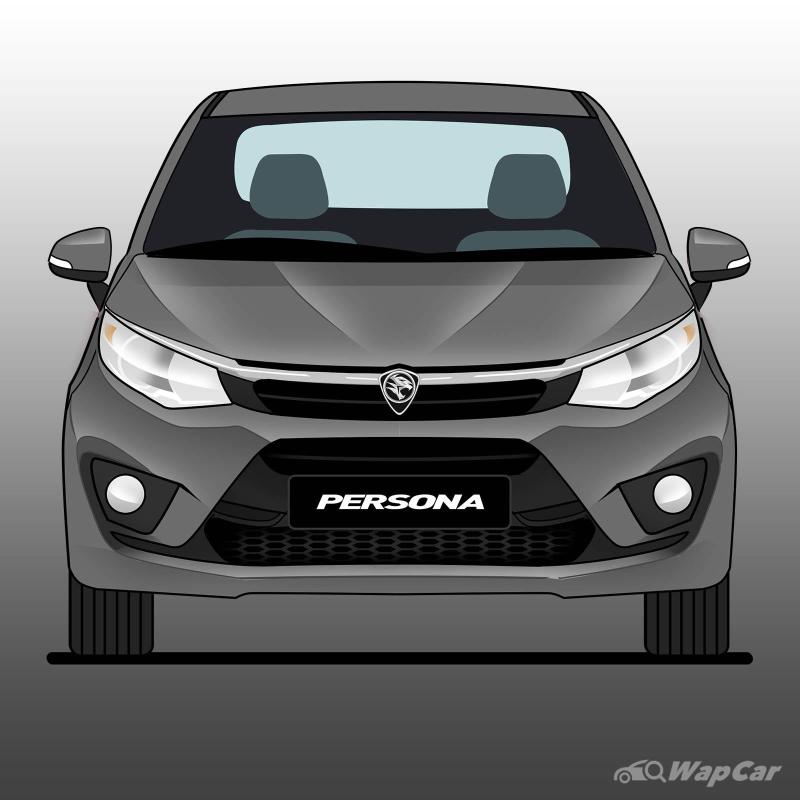 2016 saw two Malaysian cars sacrificing aesthetics for practicality – the Proton Persona and the Perodua Bezza. While both cars boast massive boot space, they weren’t exactly a pleasure to look at from certain angles.

The third-generation Proton Persona was developed from the Proton Iriz’s platform. It was the similar case of the GD8 Honda City being developed on the GD3 Honda Jazz platform.

Still continuing the CamPro heritage, the 2016 Proton Persona was powered by the 1.6-litre VVT CamPro engine paired with a CVT gearbox. The CVT gearbox of the Persona is subject to individual taste. Some hate it and others don’t see a problem with it at all.

2019 – The Persona adopts the “Infinite Weave” and “Ethereal Bow” 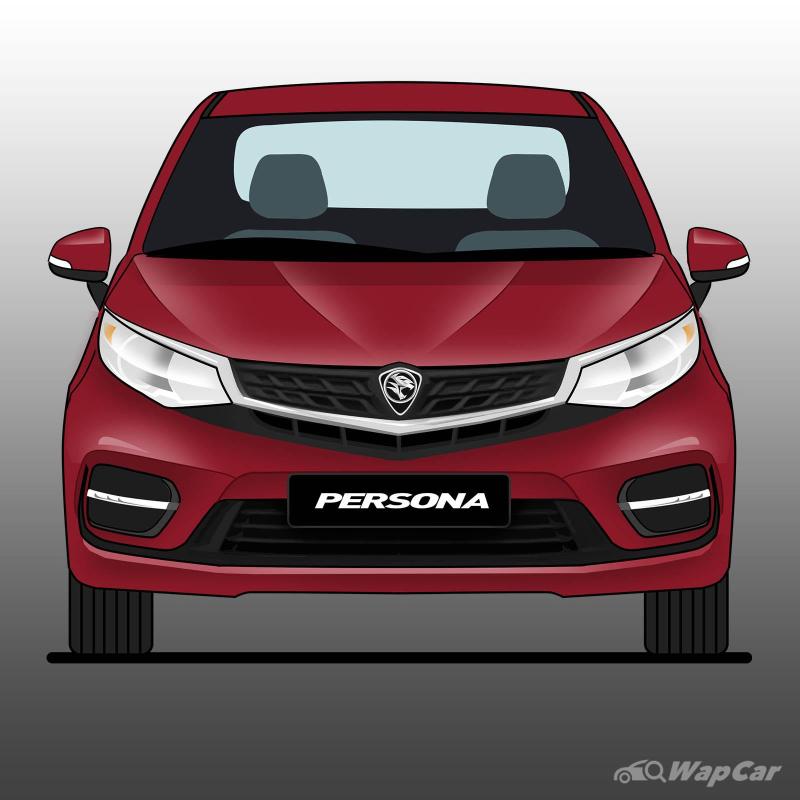 Just like the Proton Saga, the Proton Persona had to refresh its looks to accommodate the new Proton X70. The “infinite weave” creates a familial look in the Proton model line-up. Complementing the infinite weave are DRLs on the front bumper. Proton reports that the CVT gearbox of the 2019 Persona has been recalibrated for more fuel-efficient driving.

With the Honda City and Toyota Vios as the benchmark of the B-segment sedan, the Persona had to put up a stronger fight to compete. The 2019 facelift introduced some refinements and we look forward to more improvements in the next generation.

What’s your favourite generation of the Proton Persona/Wira?