Perodua has announced the update of 2018 version for Alaza seven-seater MPV, this update includes a few cosmetic additions as well as new equipment. 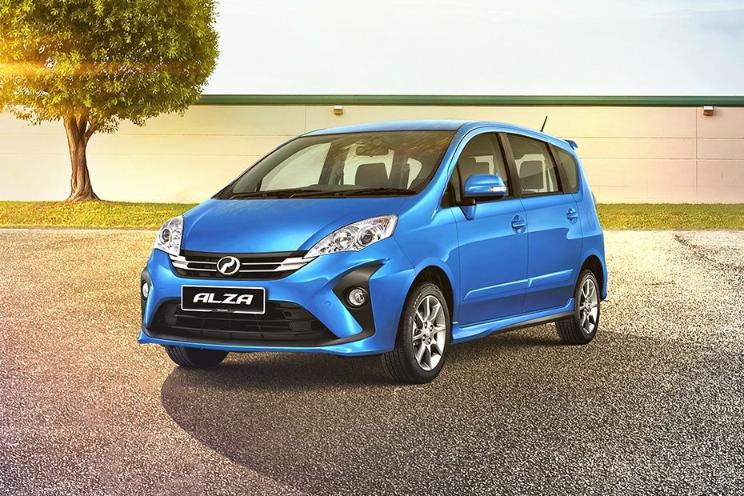 The MPV will be offered in four variants（all prices are on-the-road (OTR) without insurance for Peninsular Malaysia）:

the redesigned instrument panel graphics, redesigned centre cluster, and a two-motion remote control key (press once to unlock driver’s door, double-press to unlock all doors) are out and out new to all Alza variants.

The new fixed fins between the front centre air vent, an improved evaporator and enhanced heat-exchange piping can help Air-cond flow to the third row.

Also standard across the board are front fog lamps, a rear spoiler, a leather-wrapped steering wheel, solar and security window film, audio system with USB and Bluetooth connectivity, reverse sensors and 15-inch alloys that are finished in silver.

All of these features mentioned above will be featured in SE and Advance variants, plus a new front bumper with a larger lower intake, a new twin-bar front grille, new side skirts, and a new rear bumper and tailgate garnish. The newly designed leather seats and front corner sensors are also exclusive for the SE and Advance variants.

Those who bought the Alza Advance will also get a roof-mounted monitor and an Android-based touch-screen multimedia system with Smart Link, Bluetooth, navigation, and reverse camera functions. You can only find those two features in Alza Advance.

All Alzas are powered by the 1.5-litre 3SZ-VE DVVT engine paired to a five-speed manual transmission on the Standard MT, and a four-speed automatic transmission the other variants.

The new Alza is available in 5 color choices - Granite Grey (new, exclusive to SE and Advance variants), Ivory White, Glittering Silver, Mystical Purple and Electric Blue. It will be offered with a 5-year/150,000 km warranty (whichever comes first) and be available at all Perodua showrooms nationwide from 6 September onwards.