HomeNewsReview: Mitsubishi Outlander 2.0 4WD; Long in the tooth but still worthy of attention

Review: Mitsubishi Outlander 2.0 4WD; Long in the tooth but still worthy of attention 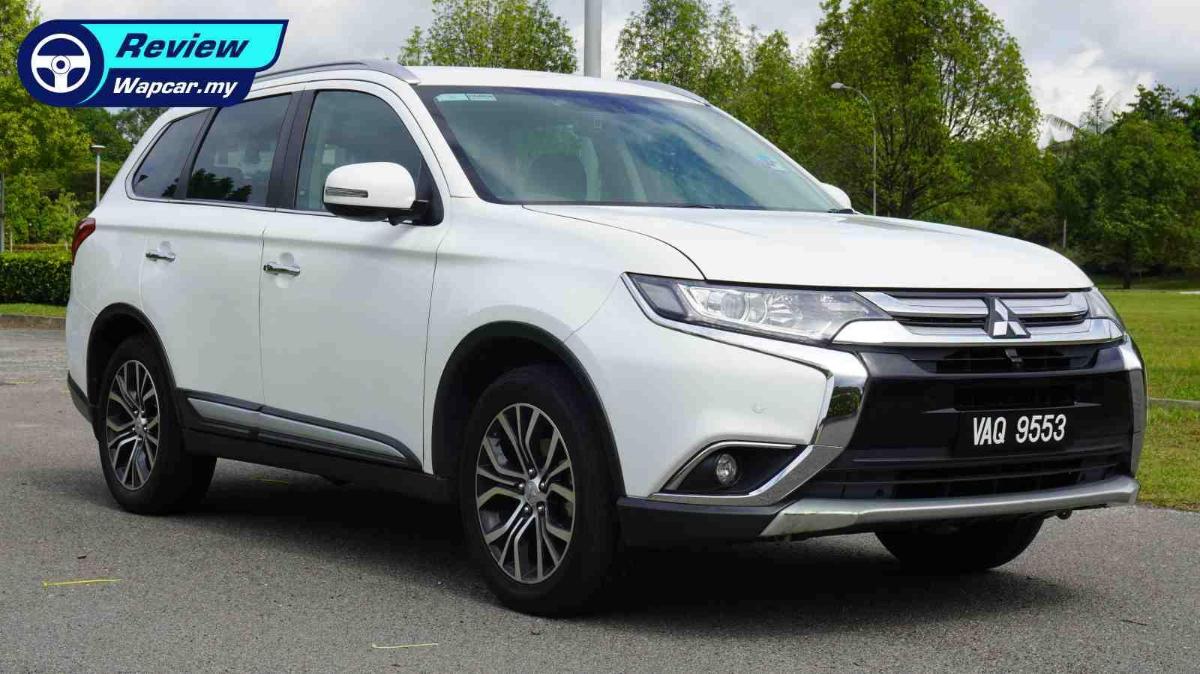 The Mitsubishi Outlander has been on sale in Malaysia since 2017 and calling it a little long in the tooth is an understatement. The model itself has been in its third generation since 2013 and looking at the spec sheet, we have to say that the 7-seater C-segment SUV is in serious need of an overhaul. But spec sheet aside, is the Outlander still worthy of your consideration? 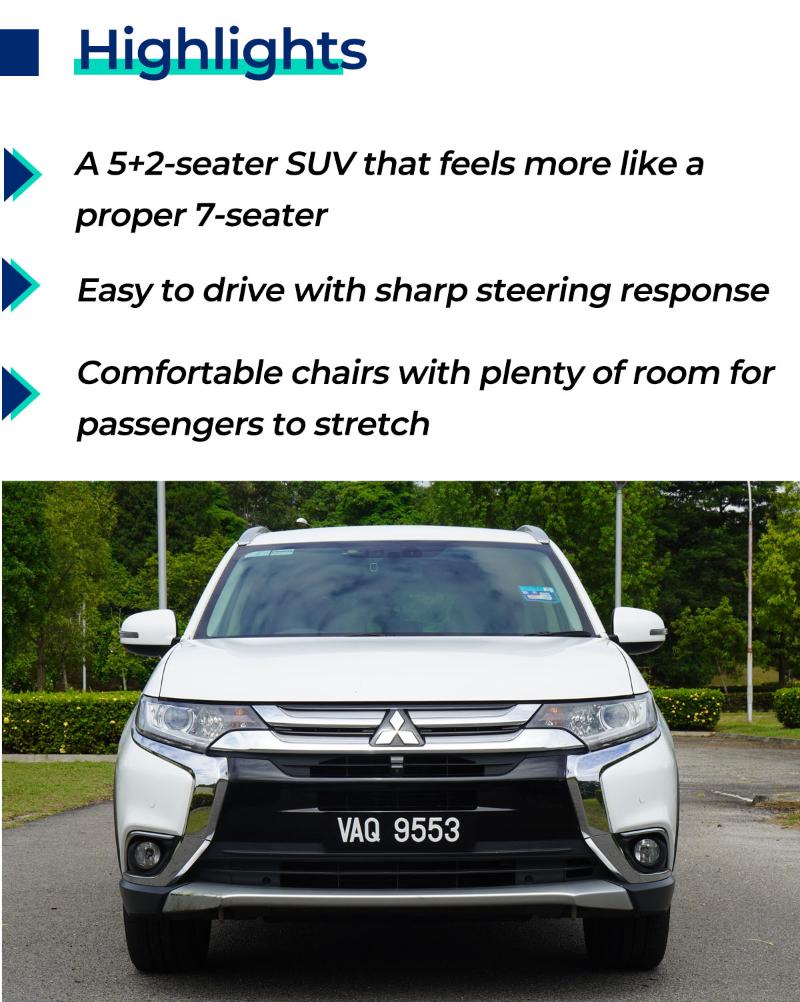 When you say 7-seater C-segment SUV, the Outlander rarely comes to mind over competitors like the Nissan X-Trail and the Kia Sorento.

The model you see on this page is the 2.0-litre 4WD variant introduced in 2017 as a locally-assembled (CKD) unit from Tan Chong's Segambut plant. So now that it's been on the market for 3 years, here's what we think. 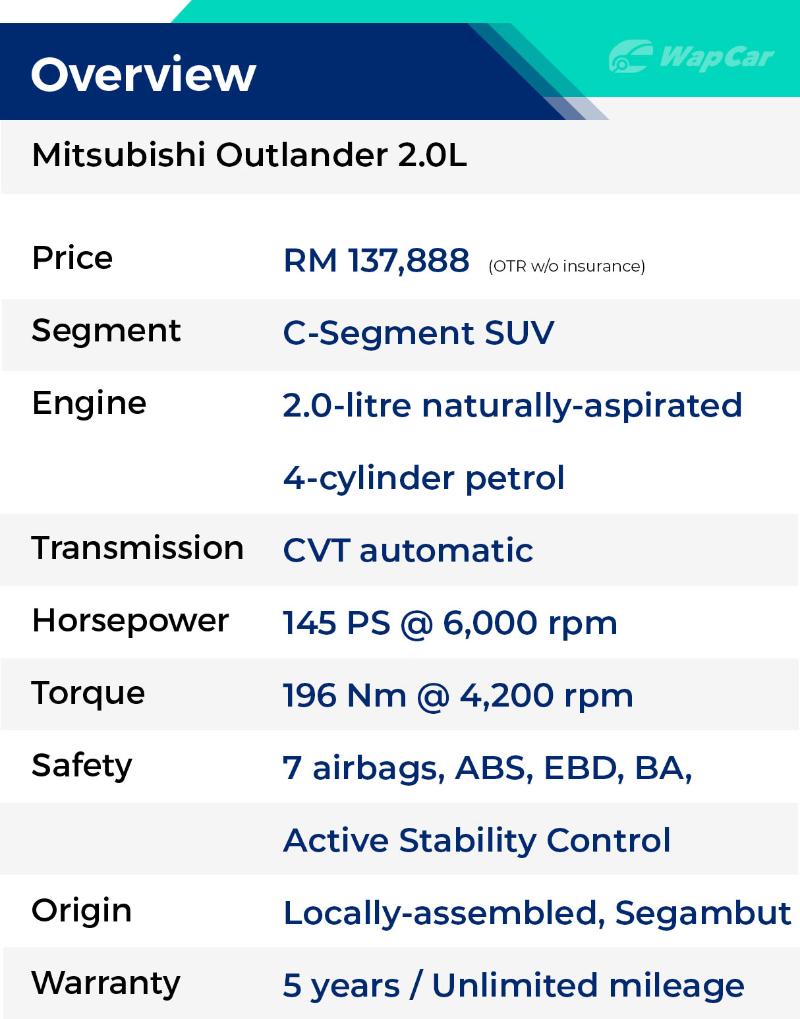 At first glance, you can tell that the Outlander is outdated. The difference in the Dynamic Shield design language on the 7-seater SUV is very obvious compared to the Mitsubishi Triton and the upcoming Mitsubishi Xpander's sharp samurai looks.

But if you're not particular with keeping up with the trend, the Outlander still cuts a sharp look, especially when the car is finished in red. The white on our test unit gives the SUV a rather understated feel and due to this being the base-spec, it is also missing the sporty rear spoiler. 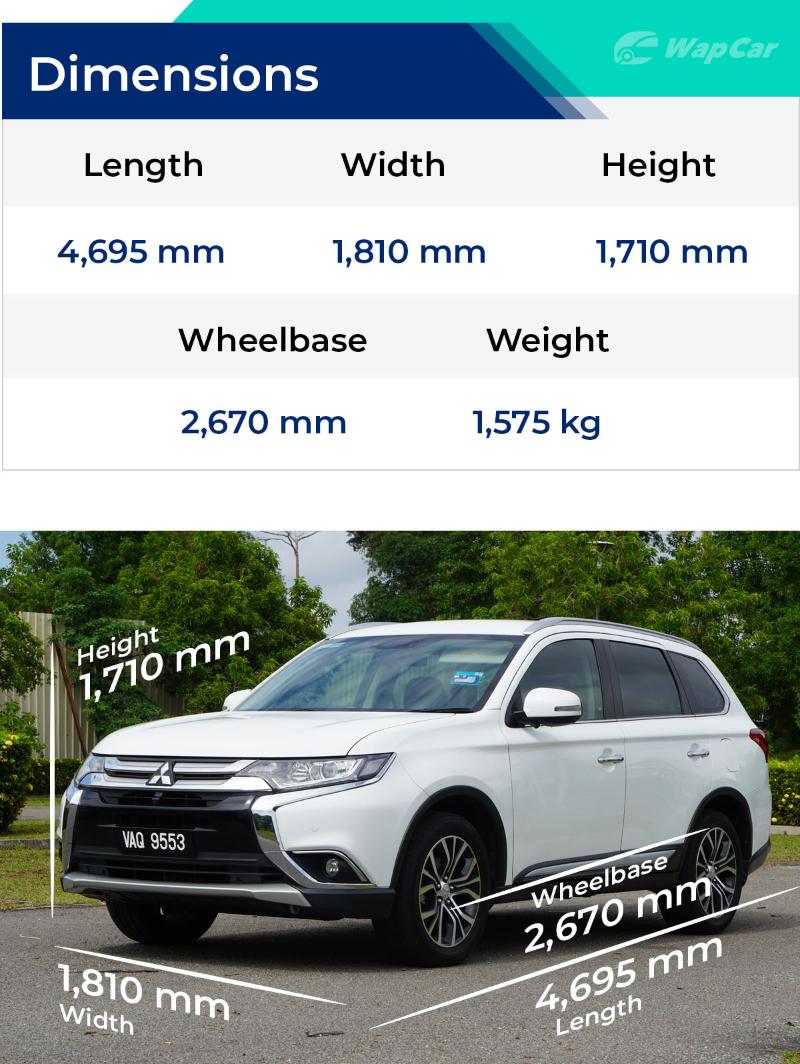 Build quality is decent with panel gaps varying at an average of 3.5 mm throughout the car. The paint thickness is equally consistent measuring around 135 Um.

Nothing really stands out when it comes to the Mitsubishi Outlander's interior, the best way to describe the Outlander's cabin is functional and sans any fussy decoration. 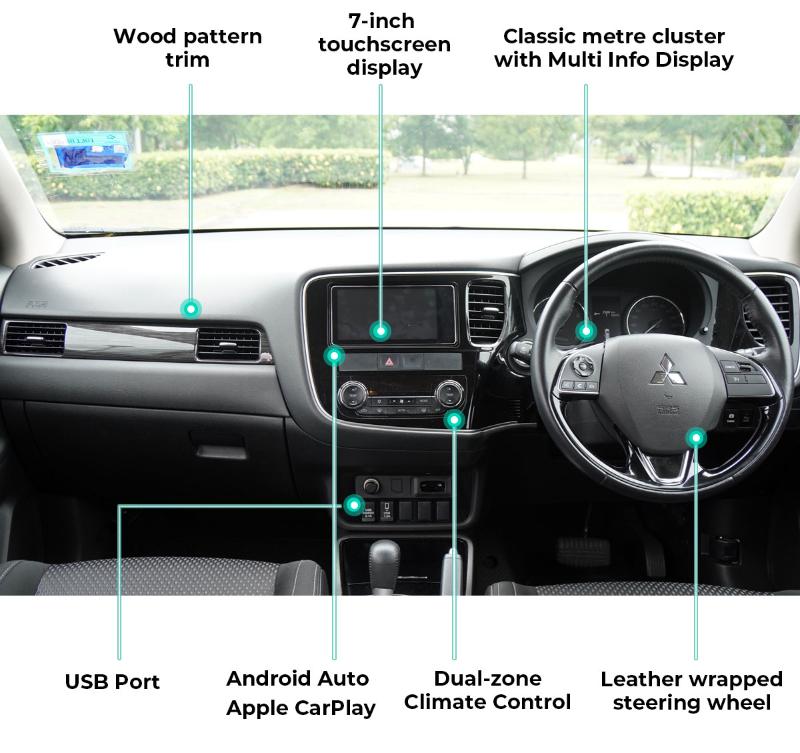 But the use of hard plastic gives the cabin an overly utilitarian look, the only break from the hard plastic is the piano-black surface around the 7-inch touchscreen and around the gear lever.

The seats are upholstered in what Mitsubishi knows as Minato Leatherette. Other touchpoints that are also wrapped in leather is the 3-spoke steering wheel that comes with various switches though this variant does not get the paddle shifters.

You get dual-zone automatic climate control even on this base-spec 2.0-litre 4WD variant but it is still lacking power-adjustable seats. 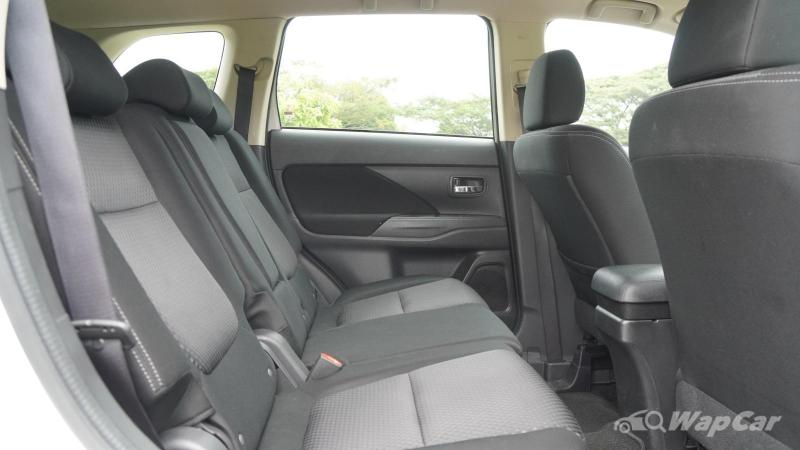 The third-row seats fold down flat completely allowing you to make good use of the boot space when you're not ferrying 7 people around. The Outlander still has the best-in-class cargo space that measures 1,608-litres with both second and third-row seats folded down.

Unfortunately for the Mitsubishi Outlander, while the infotainment offers 7-inch touchscreen, and also offers Android Auto and Apple CarPlay connectivity, we were unable to connect our phones to the system. The 6 speakers are also rather disappointing to us. 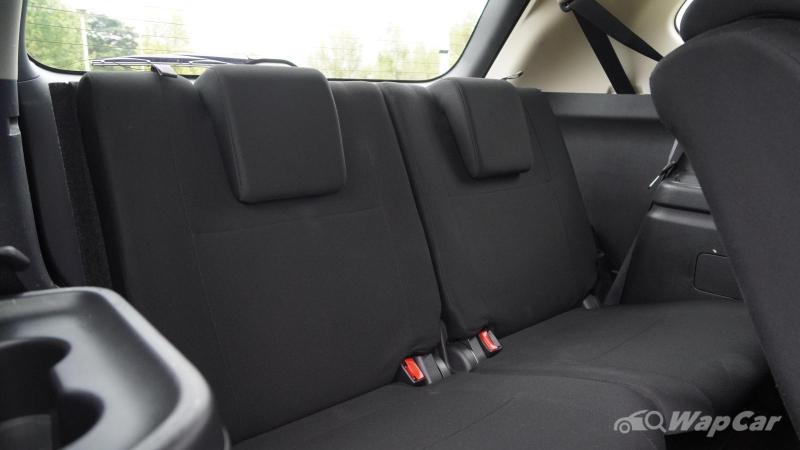 The base variant for the Mitsubishi Outlander is powered by a 2.0-litre Mivec engine that dispenses 145 PS and 196 Nm worth of torque. The engine is mated to a CVT with 4WD Multi-Select, drivers can choose between 3 drive modes namely 4WD Auto, 4WD Eco, and 4WD Lock.

If you're expecting phenomenal speed, let us remind you, this is a 7-seater SUV that has a kerb weight of 1,575 kg. But if you must know, the Mistubishi Outlander managed our 0-100 km/h tests with results averaging around 13.3 seconds. 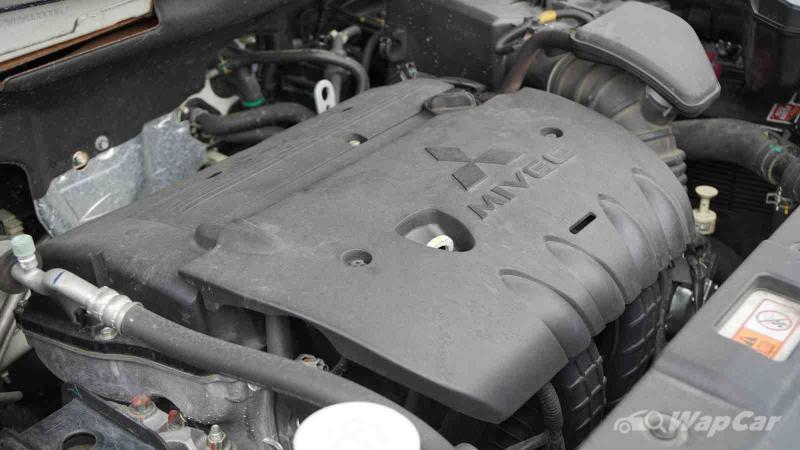 No, the Outlander is definitely not calibrated for dynamic driving but rather it does fit the family people carrier cruiser bill perfectly. When cruising normally on highways, the Mitsubishi Outlander hardly feels underpowered.

Handling is well balanced and doesn't feel heavy or too light. The electric power-assist steering wheel feels calibrated to allow manoeuvring around tight corners a breeze. 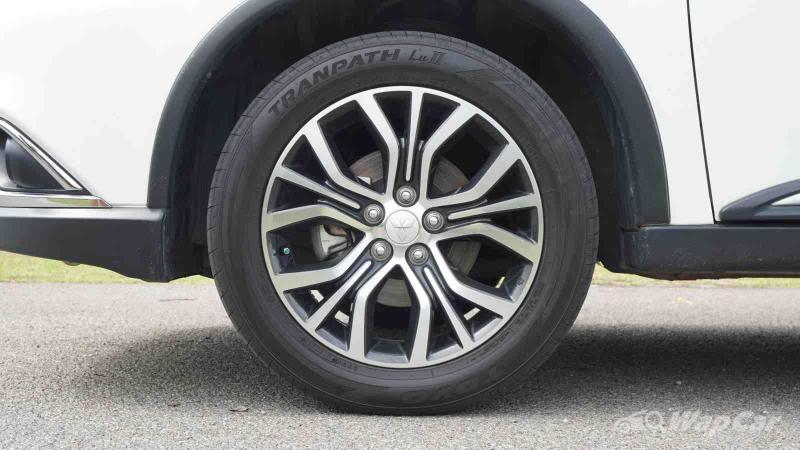 With MacPherson struts in the front and Multi-links in the rear, the Mitsubishi Outlander has a very comfortable ride. Hence emphasising more on the fact that the SUV is a people mover and not one designed for rallying like the many iconic Mitsubishis of yesteryears.

While the second-row passengers get at least 2 tennis balls worth of space to stretch. The third row, on the other hand, will get fit 1 tennis ball worth of head and legroom, note that the second-row seats were adjusted to 25 cm away from the driver's seat. 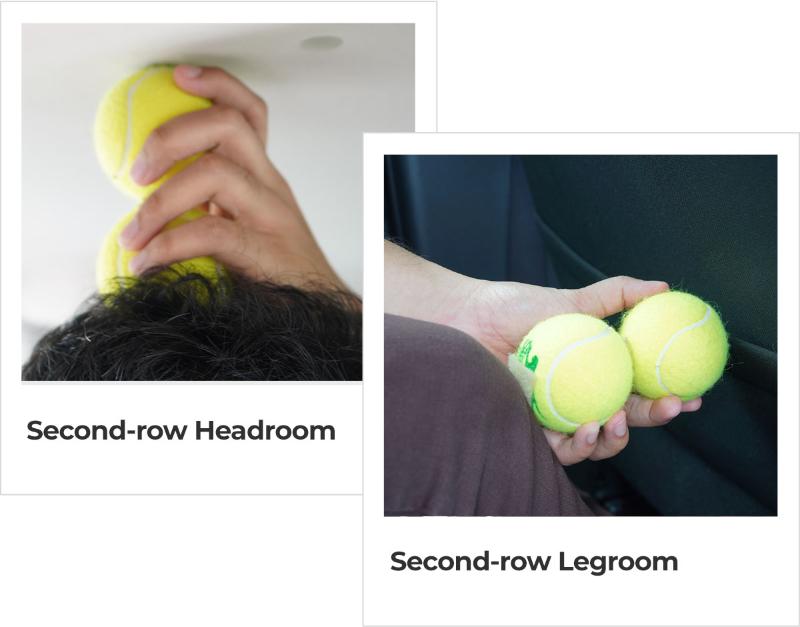 Save to say that the third row provides just enough space to fit 2 adults of average size and children but the saving grace for the third-row seats is that they aren't upright 90-degree seats.

But regardless of the space, we're happy to report that the suspension set up in the Mitsubishi Outlander is on point so the third-row passengers would not have a crashy experience during the journey. 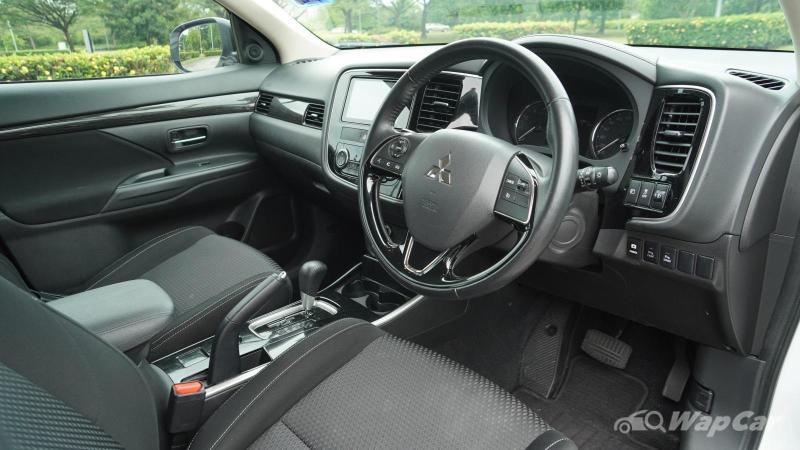 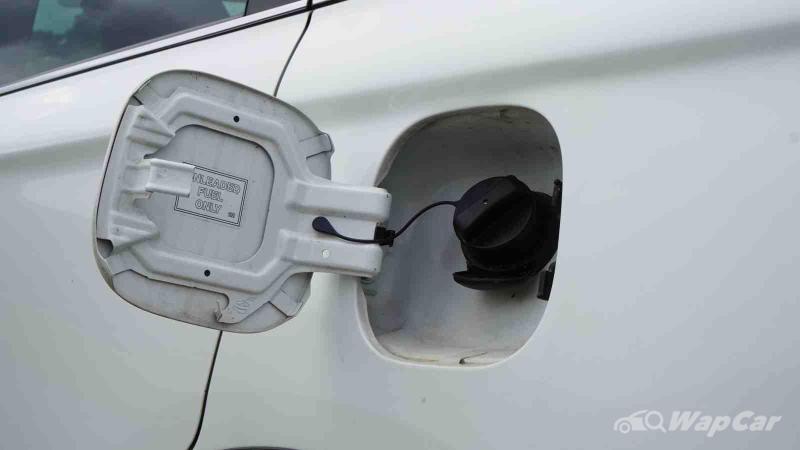 After a distance of 105.7 km travelled in a mix of stop-go traffic and highway cruising, the Mitsubishi Outlander 2.0-litre Mivec engine returned 9.8-litre/ 100 km.

This is not a bad reading and just a little off from the X-Trail's recorded total of 9.6-litre/ 100 km. 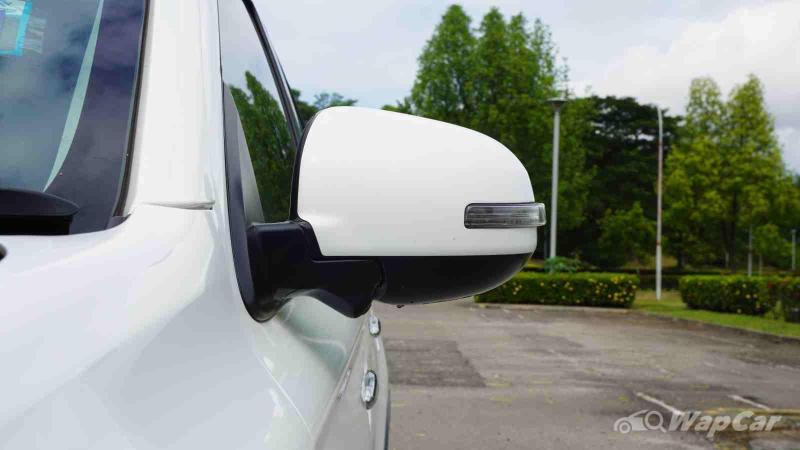 The Mitsubishi Outlander isn't the first choice when it comes to 5+2-seater SUV shopping and this is of no fault of the car.

Not only does it have a very unexciting outlook compared to fellow rivals and even to its siblings, but it is also sorely lacking in safety equipment. 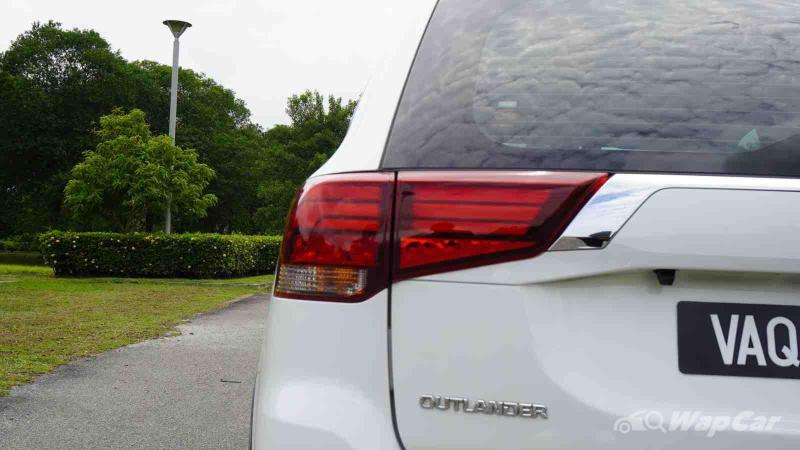 These were all modern safety must-haves back when the SUV made its global debut 7 years ago, but in 2020, where more affordable and smaller segments now come with Autonomous Emergency Braking (AEB), the RM 137,888 Outlander is usually passed over for rivals with better equipment. 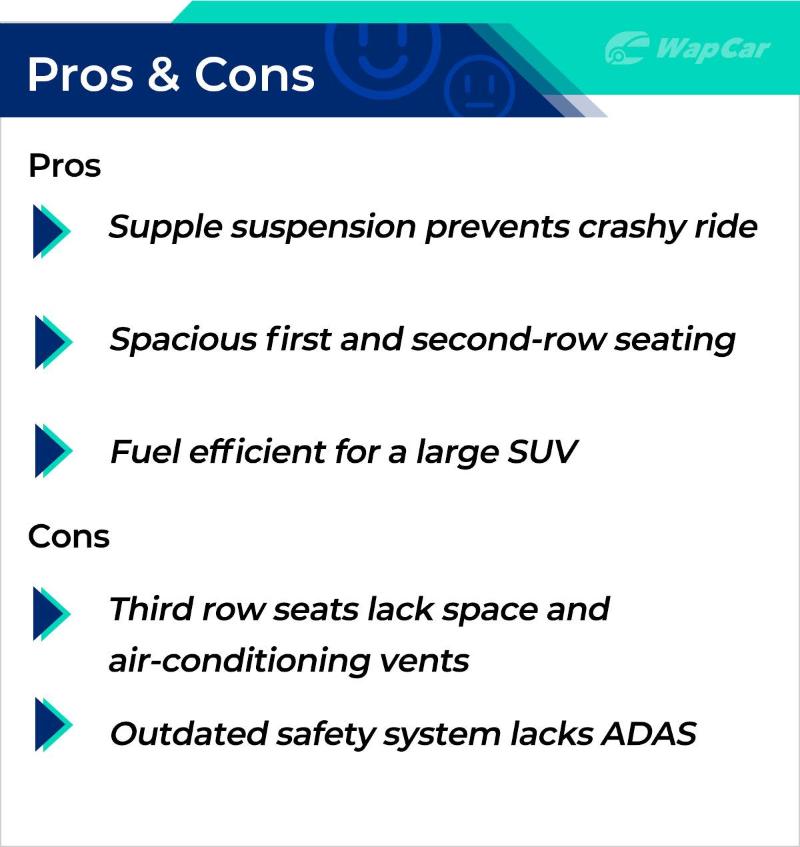