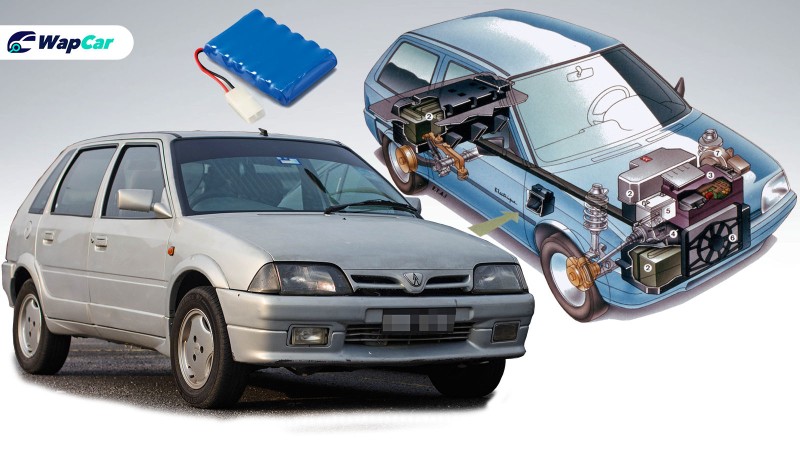 Now, one car you might remember from Proton is the Proton Tiara. It was an oddball since it was Proton’s only collaboration with a French automaker.

The Tiara had a 1.1 L 4-cylinder engine that only made 57 PS of maximum power. The transmission was a 5-speed manual. It was Proton’s city car, which was supposedly the “Jewel of the Nation”. In reality, the Tiara was just a rebadged Citroën AX. 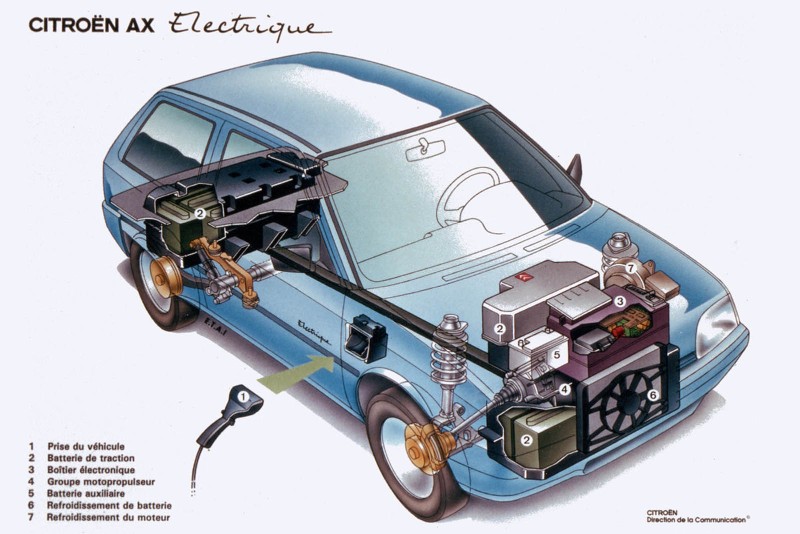 What’s interesting about the AX Electrique was that it's drivetrain was similar to that of a toy car. The batteries were Nickel Cadmium and the electric motor was a DC motor. Imagine that. In comparison to electric cars of today the AX Electrique is ancient, perhaps even primitive.

Performance wasn’t exactly the Electrique’s forte. Top speed was 91 km/h and the electric motor only managed 27 PS of maximum power output which was half of what its ICE counterpart could produce. By today's standards, the AX Electrique's 80km range is very dissapointing. 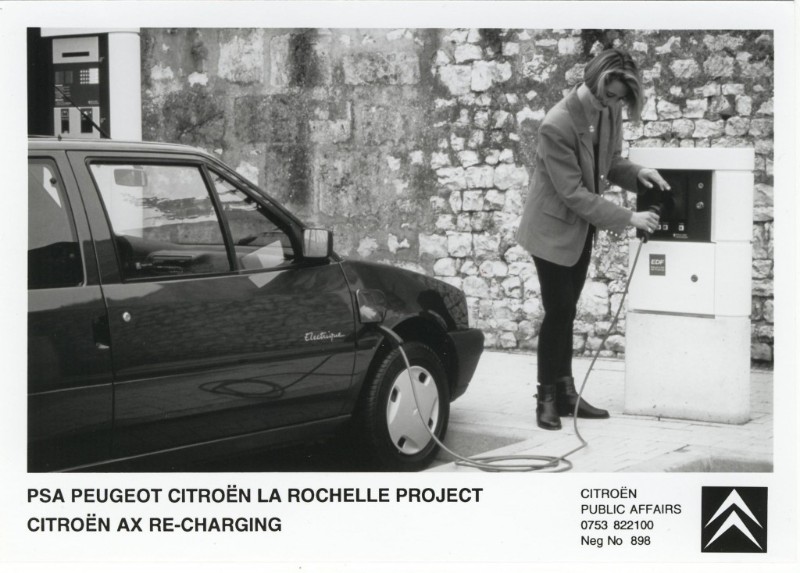 Let's see how the Citroën AX Electrique matches up to a modern day Renault Zoe (both are French): 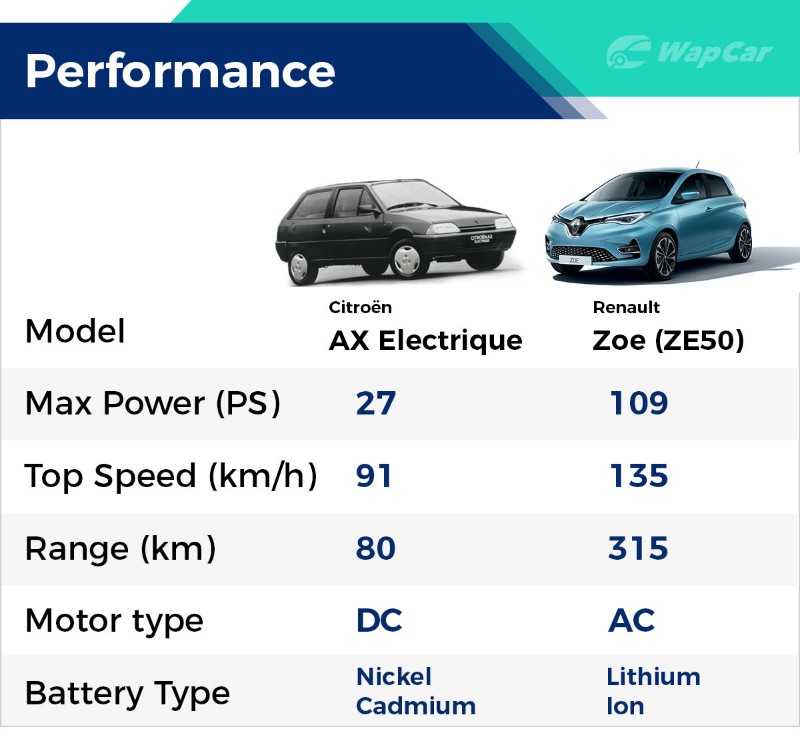 In colder climates, the AX Electrique even required a fuel-based heating system to keep the passenger warm. That's 1995 battery technology for you.

The layout of the electric drivetrain consists of large battery pack in the back and the DC motor in front. Since the AX Electrique was built on an ICE car platform, there is no space for the battery on the chassis floor.

Recently we have seen Citroën announce the all-electric Citroën ë-C4 along with a number of electric vehicles in its line-up. Citroën even showcased a rather stunning electric concept car called the Citroën Survolt back in 2010.

They sure have come a long way since the days of Nickel Cadmium batteries and DC motors.