What are the 5 Best (and 5 worst) pre-Geely era Protons? 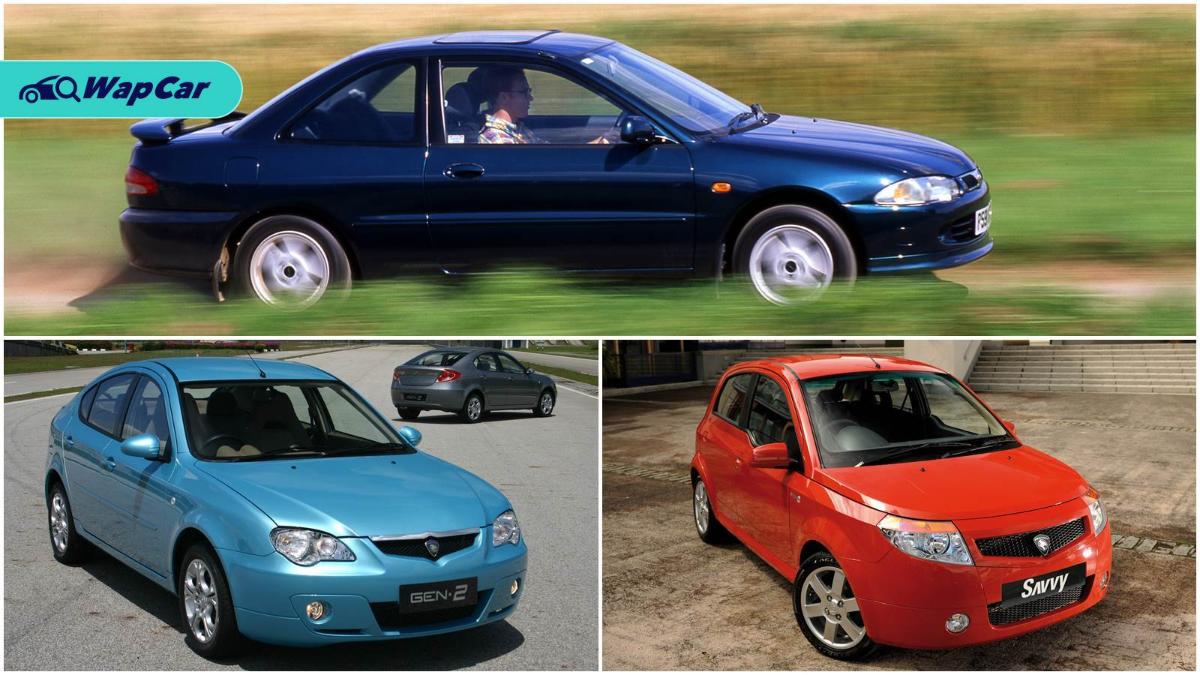 As a brand that the nation (specifically tax payers) have invested more than 35 years into, the mere mention of the name Proton will naturally elicit strong response from Malaysians of all walks of life. We all have our opinions on Proton, some good, others less so. 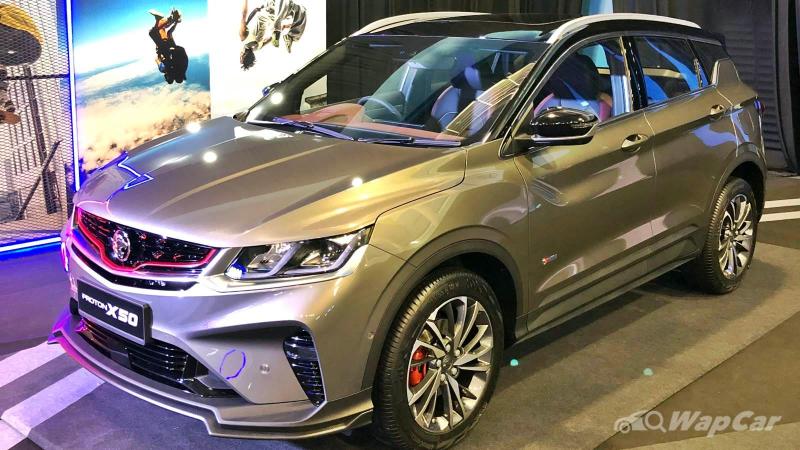 But what is certain is that the current generation Proton cars, namely the Geely-derived Proton X50 and Proton X70, are truly world-class products. From the product line-up point of view, Proton is now stronger than ever and with strong products, market leadership and profits will naturally follow. 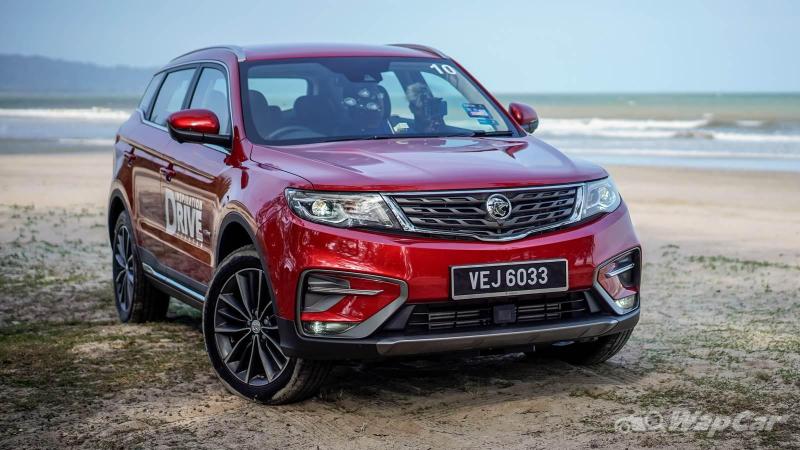 We can debate about the hallowing identity of Proton, and whether should it even call itself a national car company anymore, but this is not the purpose of this post.

Instead, we want to celebrate Proton’s 35 years of history. Like all life stories, there were low points but there were also high points. Even before Geely came into the picture, Proton has proven itself to be capable of producing really good cars, the problem was that it was often a case of a hit or a miss.

We will start off with the low points, just to get the negatives out of the way before we work towards the bright future ahead.

5 worst pre-Geely era Protons ever made

With a lineage that’s traced back to a lackluster Citroen AX, the Proton Tiara never had a good start. In fact, it was DOA – dead on arrival.

The Citroen AX wasn’t a bad car, it was just very average, one that wasn’t very well suited to meet the needs of drivers outside of France. Compounding the problem was that USPD, the then-distributor of the Tiara, marketed it as if the Proton Tiara was God’s own chariot, calling it ‘The Jewel of the Nation.’

Well, this 1.1-litre ‘Jewel of the Nation’ had a clock on the instrument panel instead of a rev counter, and a horn operated on the signal (or was it the wiper?) stalk.

The very elaborate TV commercial was completely out of sync with the product and buyers were not convinced.

The model was pulled out of the market after just 3 years, with 7,705 units sold.

It’s the probably the only car that was a lot worse than the car it replaced. Somehow, the brilliant minds at Proton of that era thought it was a good idea to strip the reasonably OK Proton Saga/Iswara Aeroback of all practical/functional features, replace it with a minimalist Lotus Elise-inspired interior. 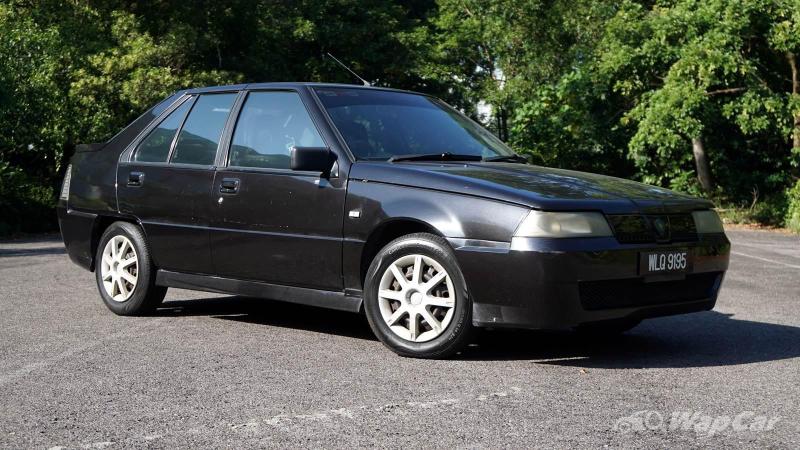 Who needs a glovebox right? Quiet and comfortable ride is overrated, so let’s put a large exhaust on it, because that’s what the masses want. 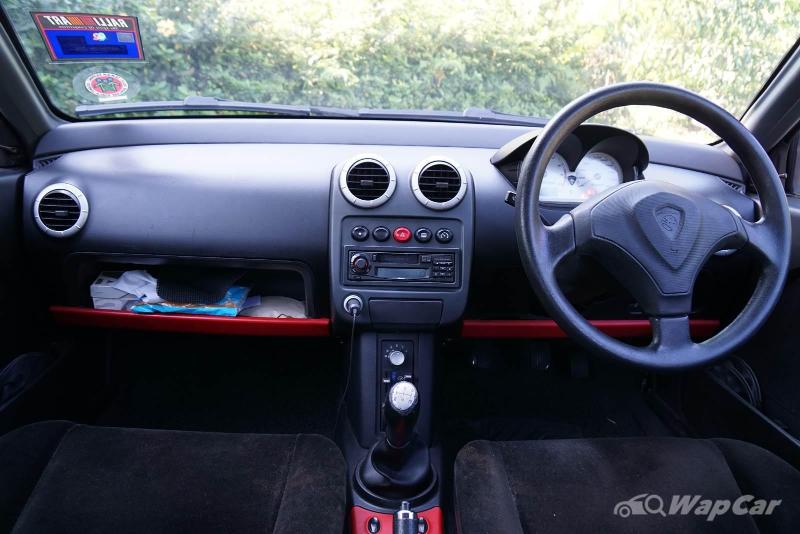 It was however, then the cheapest car on sale in Malaysia (starting slightly below RM 27,000), and back then, there weren’t that many choices in our protected car market, so buyers tolerated it.

Proton said the Gen.2 was targeted at young families, and the designer was given a challenge to break away from ‘boundary thinking.’ 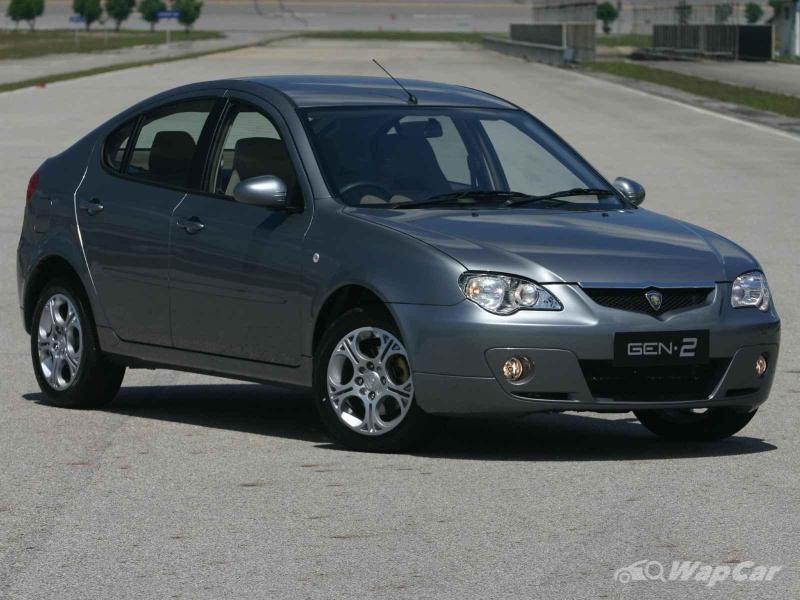 The result? We got a family hatchback that has no adjustable headrest on the front seats, no glove box, so you have to rely on the tiny centre console box and small door pockets. 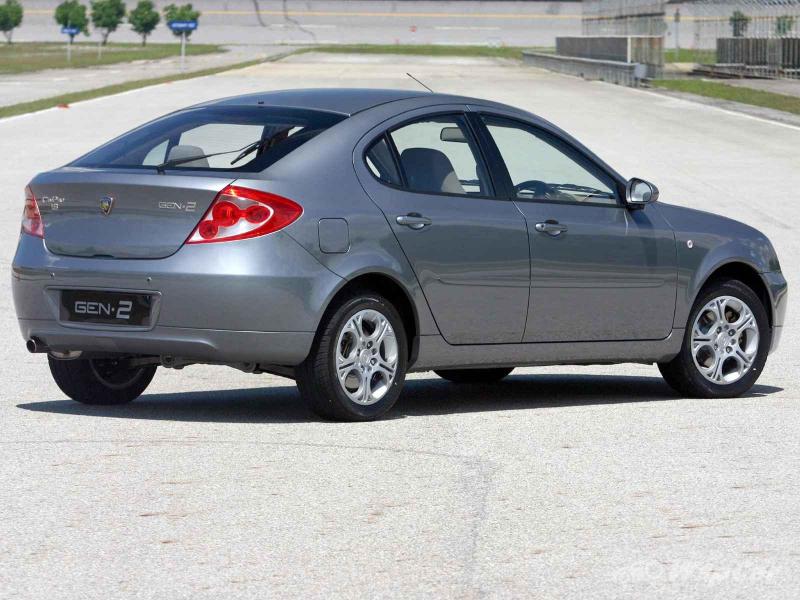 There were some very serious cognitive dissonance going at Proton in the 2000s. It was pushing out cars designed by people who seem to have no understanding of how consumers actually use their cars. 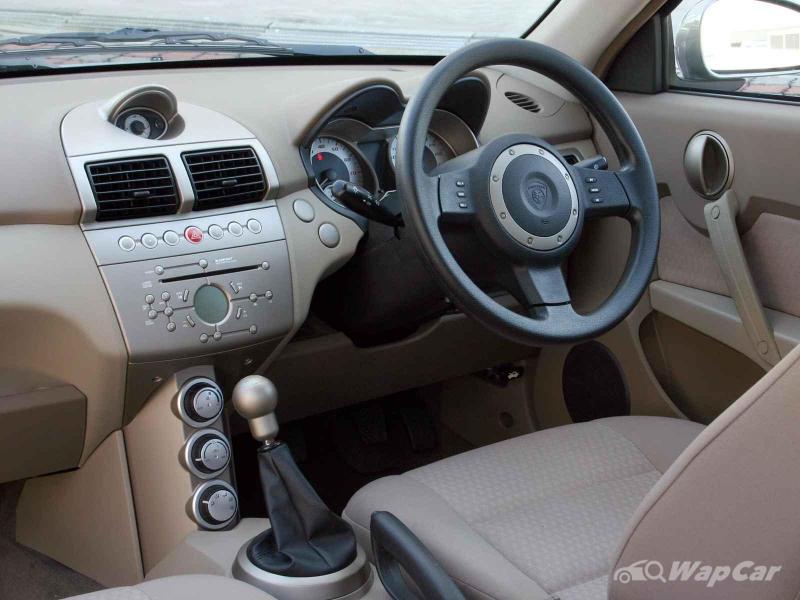 Build quality was also horrendous. The 2000s were the lowest point in Proton’s quality and the cars of that era reflected it.

This is a bit hard to place. The Proton Juara is not a bad car, but its styling was too far ahead of its time. Commercially, it was Proton’s worst performing product - just 2,322 units were sold. 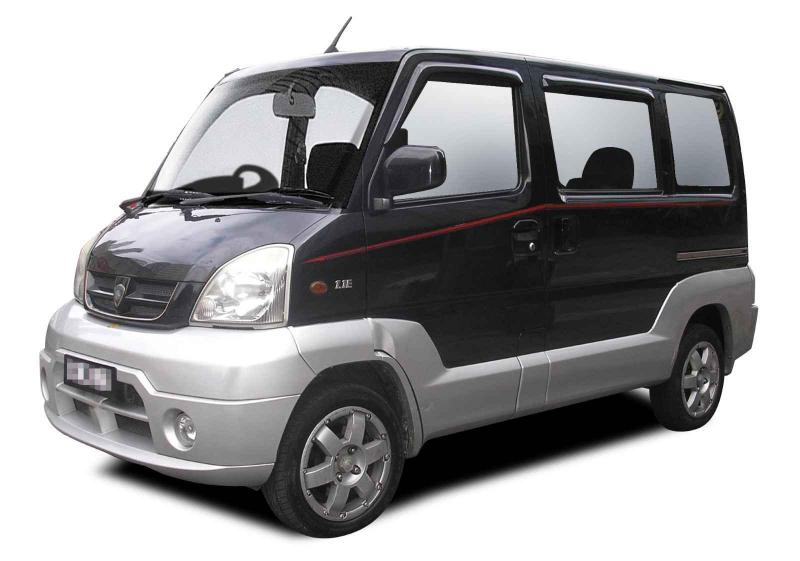 Based on the Japanese market Mitsubishi Townbox ‘kei’ car, its boxy styling looks cool on Tokyo side streets but it was too out of place here in KL.

Today, consumers have no problem with a boxy Toyota Alphard, but back in the 2000s, many were shocked by its hearse-like styling. 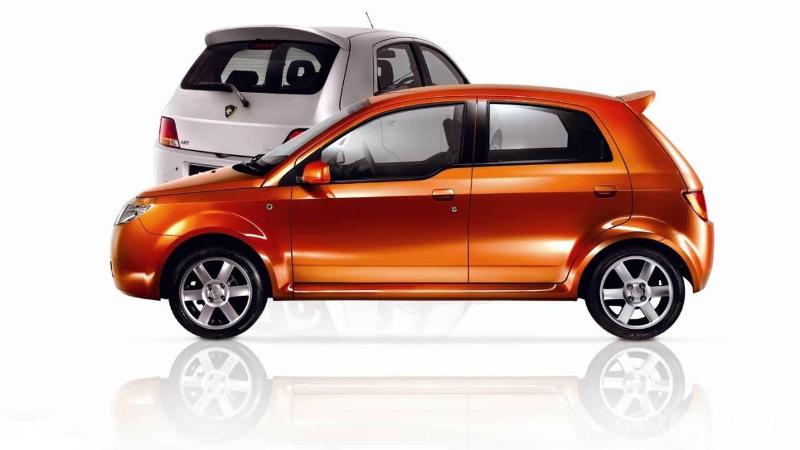 Like all clutchless manual gearboxes of that era, it was horrible to drive and in Klang Valley’s stop-go traffic, its Euro-style calibrated gearbox just couldn’t cope, and was hopelessly unreliable.

Manual transmission ones are still sought after by keen drivers looking for a cheap runabout, which brings us to the next list….

5 best pre-Geely era Protons ever made 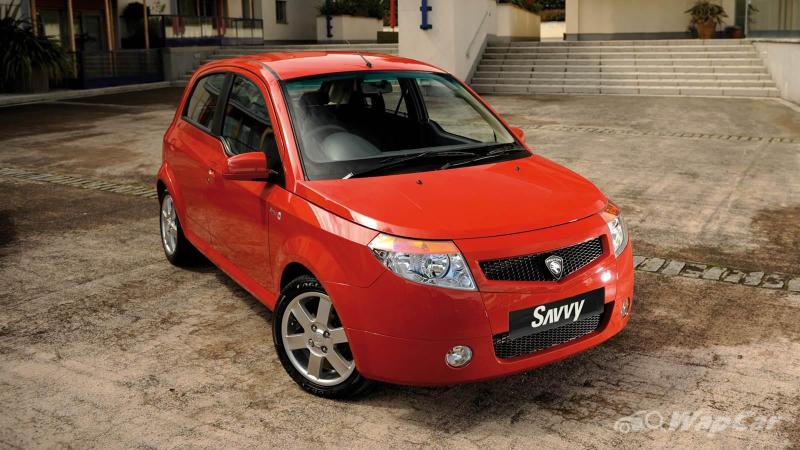 The 1.2-litre Renault engine is actually more reliable than you think. The chassis is very well developed considering the limited technology of that era and until today, you’ll be hard pressed to find another small car that handles better and rides more comfortably than the Savvy. 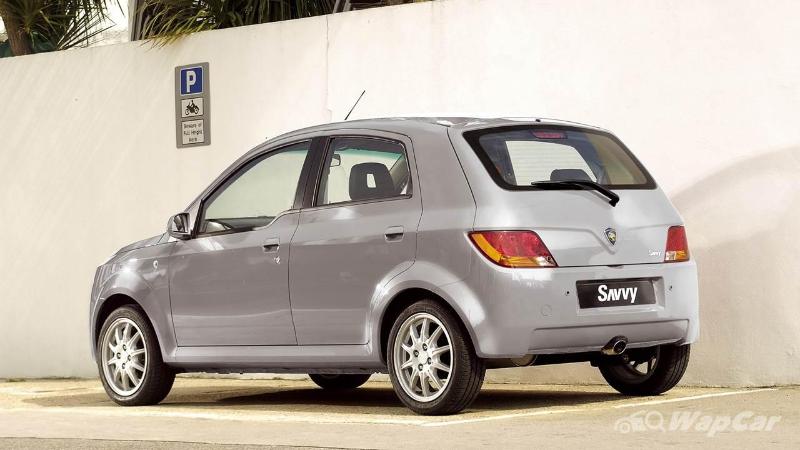 The Proton Savvy was also a homegrown product from Proton and in our books, it represented a milestone for Proton, proving that the local team knows and can make budget city cars better than many Japanese or European car makers. 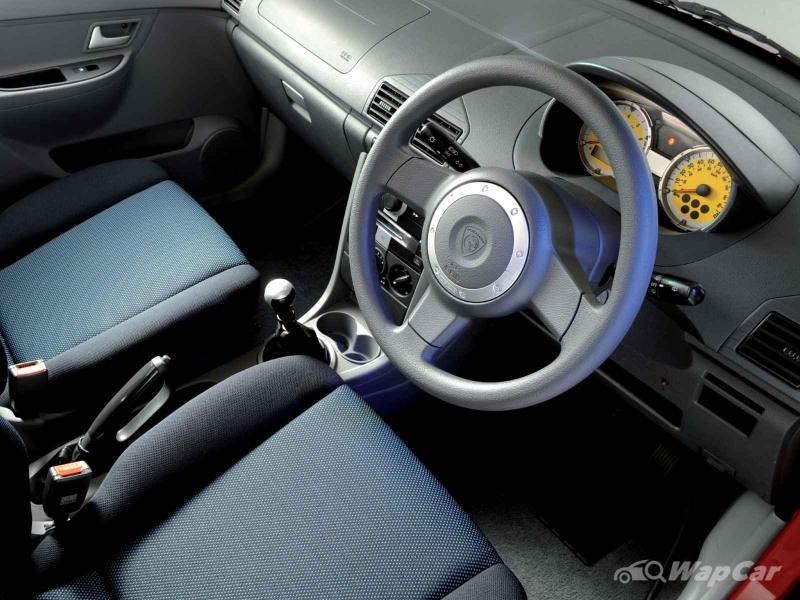 It was launched at around the same time as the first generation Perodua Myvi and although the Savvy is smaller, it’s the Savvy that drives and rides much better than the supposedly superior Daihatsu/Toyota technology Perodua Myvi. 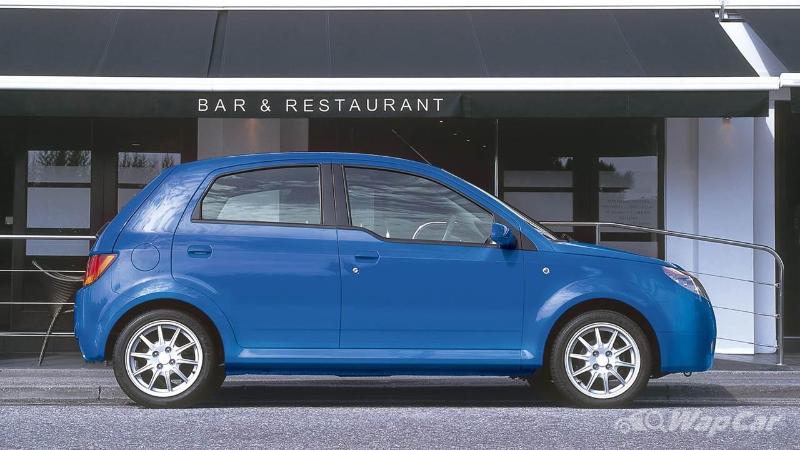 But of course, regular consumers don’t care much about driving dynamics and the Savvy never sold as well as the more spacious and practical Myvi.

How is this on the list? Just ask collectors why a Proton Arena is worth more than a Proton Wira. Just go to Mudah, and you will see 15 year old Arenas asking for RM 25,000 while a similar age Proton Wira can barely fetch RM 5,000. 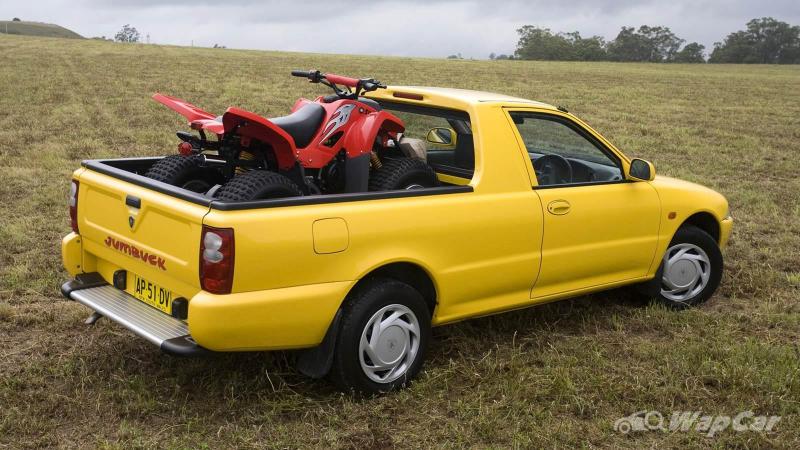 Remember that the Arena was sold at around RM 50k in the 2000s. Who said Protons have poor resale value? 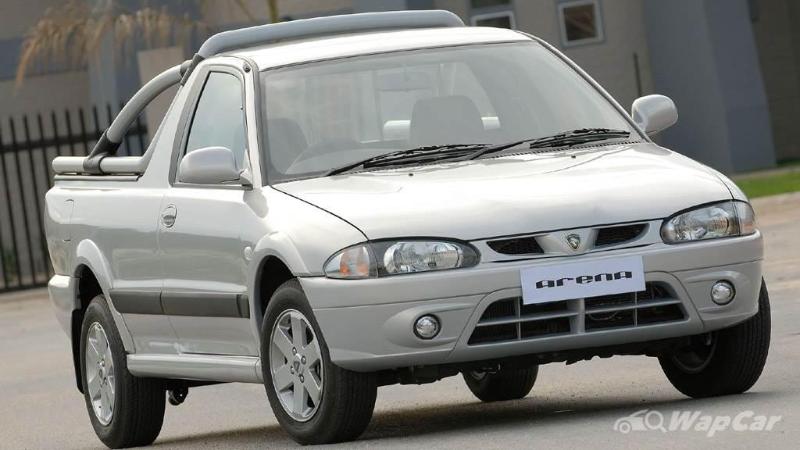 As it aged, many are starting to realize what that the Proton Arena is just a little bit more special, a bit like a Malaysian version of America’s Chevrolet El Camino. 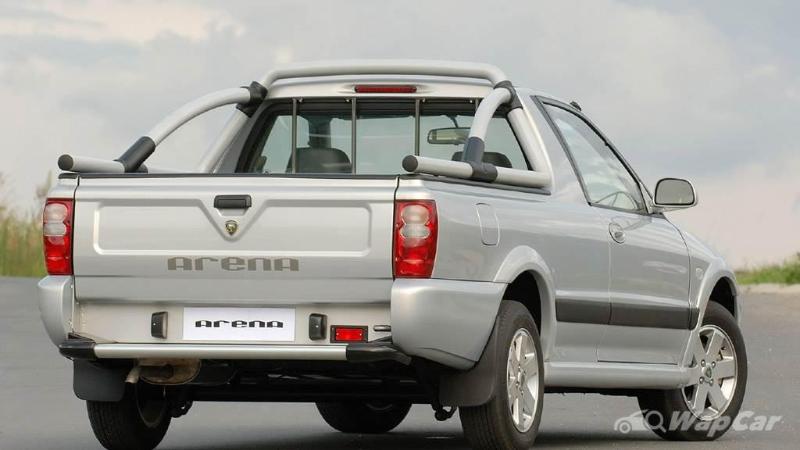 And since it shares many parts with a Proton Wira, itself based on a Mitsubishi Lancer, customization options are plenty.

Like the Wira, the Arena was dependable, drives reasonably well, and with an open deck, it offers the utility of a pick-up. 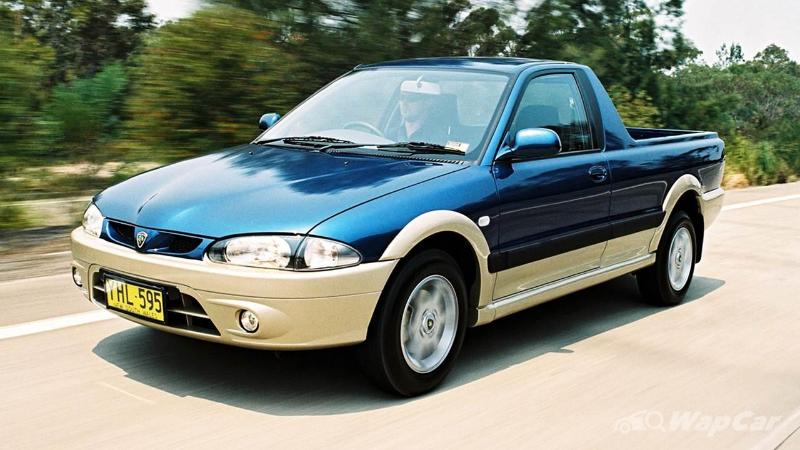 The Arena was also one of Proton’s most successful export models. It didn’t sell well here but it was a hit in Australia, where the Arena was sold as the Proton Jumbuck. There was just nothing else like the Jumbuck at its price range.

Early models of the Proton Waja weren’t very good and like the Proton Gen.2, it was dogged by terrible build quality. Later models like the Waja CPS however, were significantly improved. 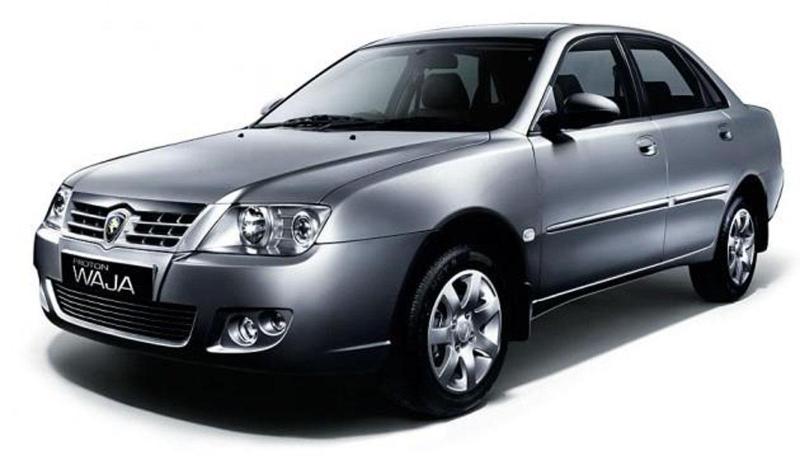 High spec variants were well equipped (by the standards of that era) and it was certainly a better car to drive than a Toyota Vios/Honda City of that era. It had Xenon headlamps, dual airbags, ABS, remote boot opening, headrests that also tilt forward, leather seats, cruise control, and audio control buttons on the steering wheel.

Unlike the Vios/City is that era, the Waja didn’t drive like a de-contented car made for developing markets. In fact, the Waja had a hint of European flavor in its driving dynamics. 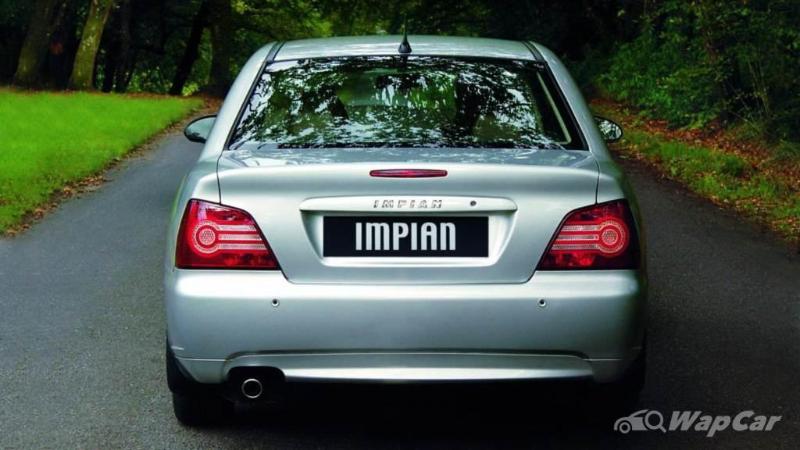 As it was exported to the UK (Proton Impian), it also had to comply with European standard safety regulations. The same can’t be said for the early generation Vios/City.

Not many manufacturers offer a V6 engine in 2.0-litre capacity and the Proton Perdana was a better car mainly because of its unique powertrain.

It handled very well against its Japanese rivals. Its wide and low slung styling gave it a hint of sportiness while maintaining a very statesman like character.

Today, a clean stock looking Perdana is still a sight that many will admire. The early V6 models aged better than the latter Alfa Romeo-esque grille models though.

The Satria GTI got all the attention but we think the Putra is the more special car. One very good reason – you can convert a regular Satria to look like a fake Satria GTI, but you can’t do that with a Putra. 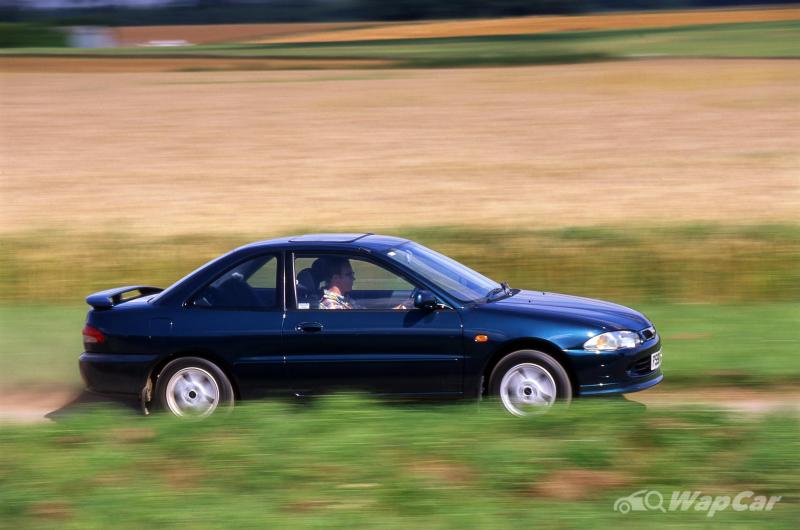 The Putra can only be had with a 1.8-litre DOHC engine, paired to either a 4-speed automatic or a 5-speed manual, only as a coupe. 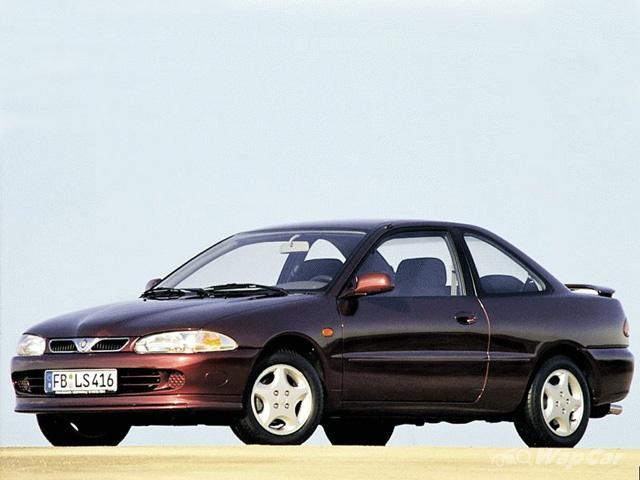 All Putra variants came with Recaro seats and a Momo steering wheel. The Satria GTI, being a little hatchback, is more agile but the Putra has a more mature, upscale feel to it. Thanks to its rear boot, it has better weight balance and feels more planted than the Satria. 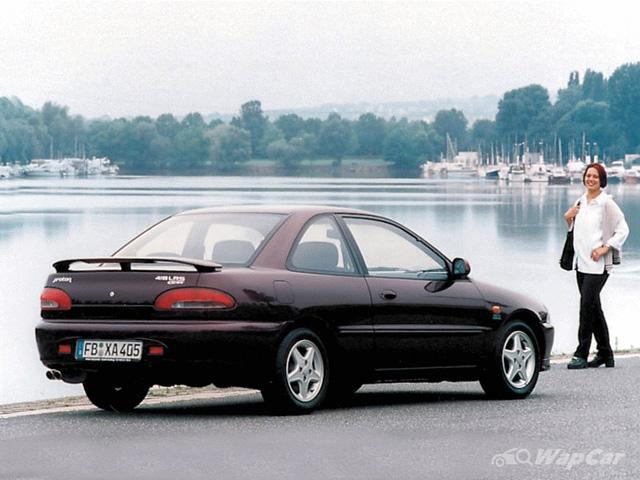 Very few Putras survive today. Many were either wrecked by their young drivers, or got permanently disfigured by terribly bad modifications, or stolen. Yes, the Putra is high on the wanted list for car theft syndicates, owing to its rarity and high value seats and steering wheel.

The few stock condition Putras that managed to survive to this day are gems to be held on to tightly. It was truly a landmark car for Proton.

So there you have it, the 5 best and 5 worst Protons from a time when Proton was still doing things its own way. It's not a very good track record. Hopefully the new generation of Geely-based cars will be more consistent in their success.