HomeNewsDon't want a Civic? You can buy this Toyota Corolla Sport hatchback for RM 150k in Malaysia

Don't want a Civic? You can buy this Toyota Corolla Sport hatchback for RM 150k in Malaysia 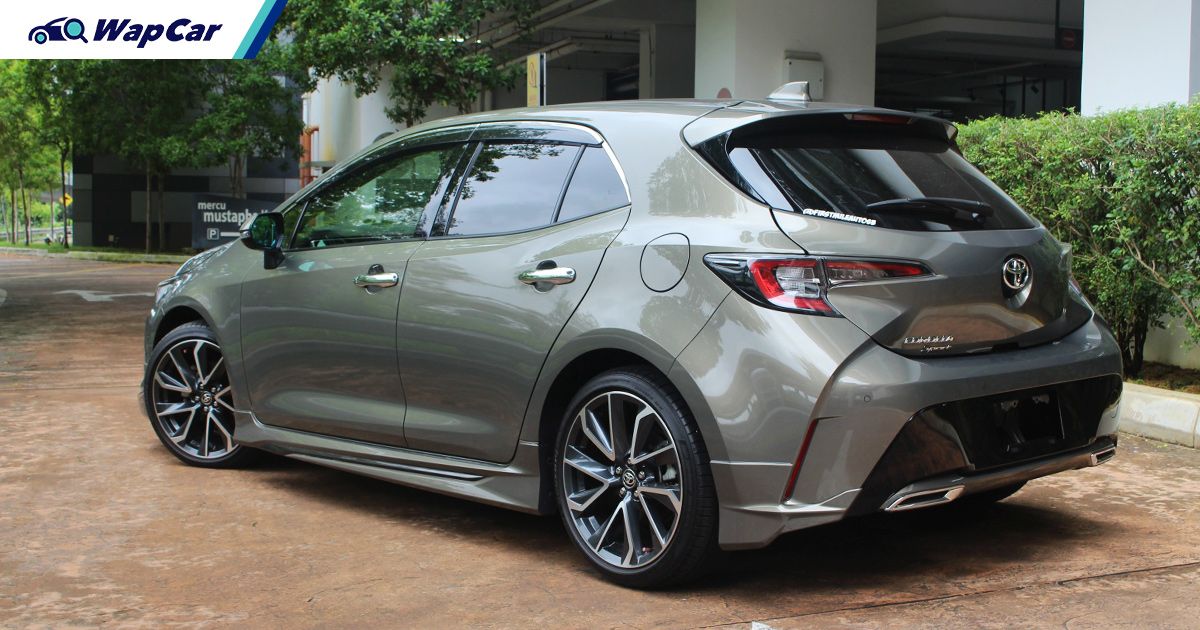 "If you build it, they will sell," or so the adage goes. Perhaps no better quote describes the Toyota Corolla and its rousing reception. With 50-plus million units sold worldwide...clearly you can have your Corolla as long as it's a sedan, SUV, hatchback, wagon, or even as a roadgoing-racecar these days.

Though in Malaysia, the official channel offers just two variants of it – either as the sedan Altis, or the SUV Corolla Cross. If the overseas-market Corolla Sport Hatchback is what you'd prefer, then dealers like First Mile Auto are here to plug the gap.

First Mile Auto has been somewhat of a pioneer to this whole Corolla Sport game. Car show frequenters would've seen a baby blue one – decked out with Work Emotion wheels and air suspension – that's their car, sort of a demo of what you can do with yours. 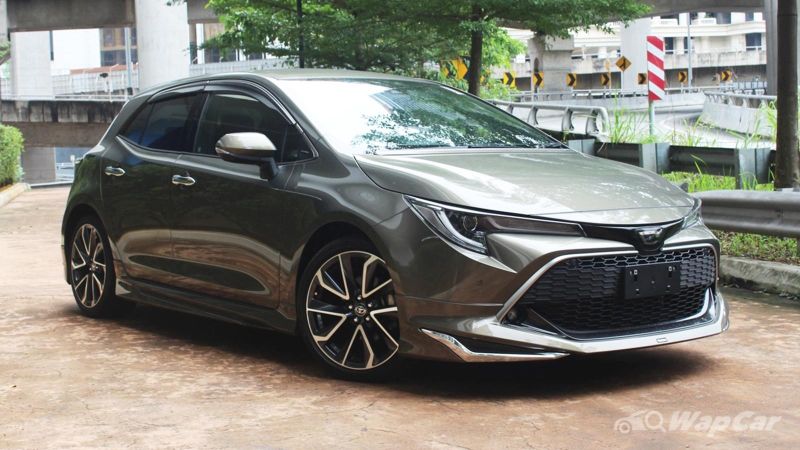 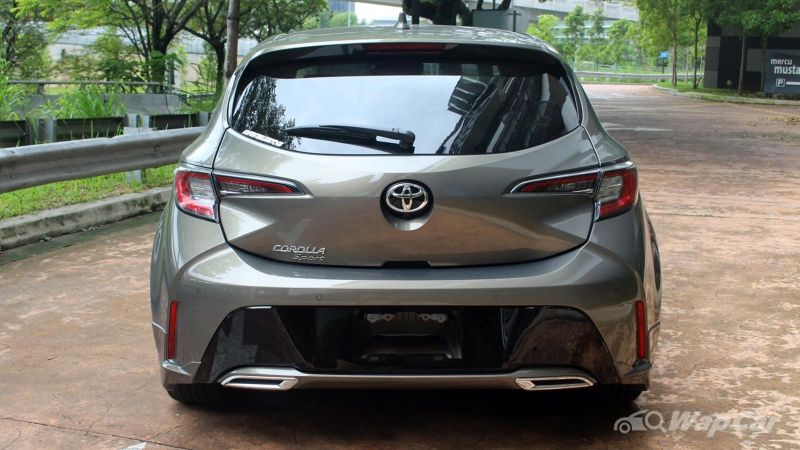 And 'yours' might come in various forms. The one we're highlighting is the Toyota Corolla Sport GZ, the highest available non-hybrid variant. It's priced from RM 150,000, not too far off our Altis or Corolla Cross. 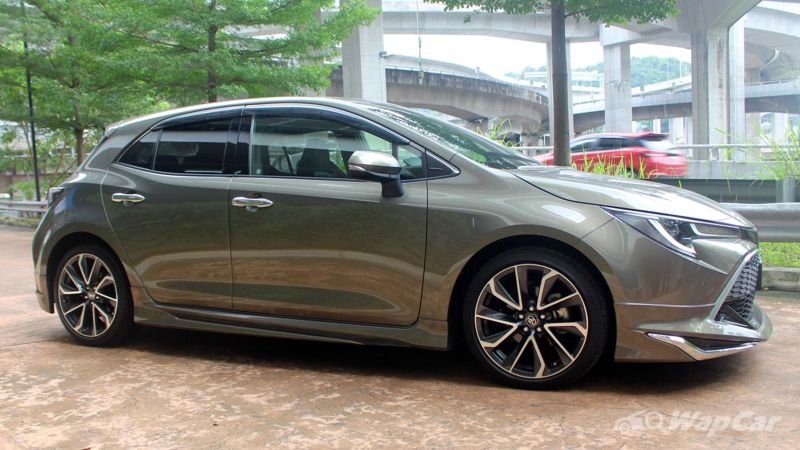 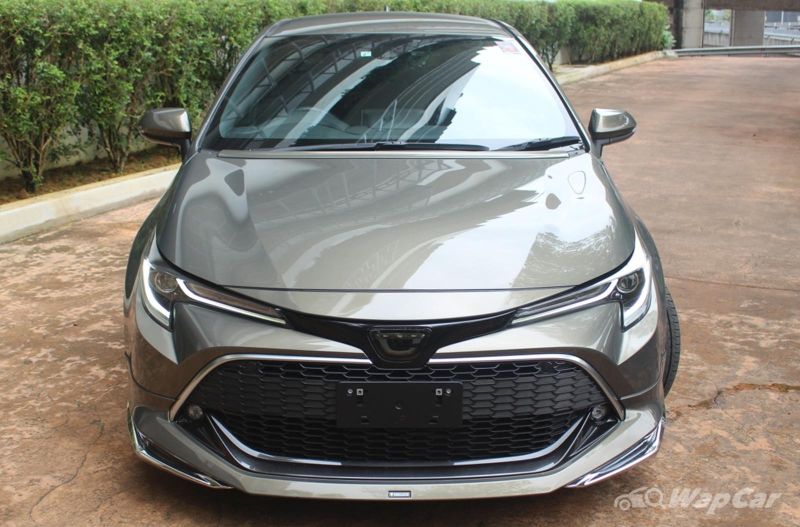 So for the money, you'll get a car that's still relatively rare (I don't think I've seen more than ten on the roads), and especially in this GZ trim, you won't be caught lacking in features either. 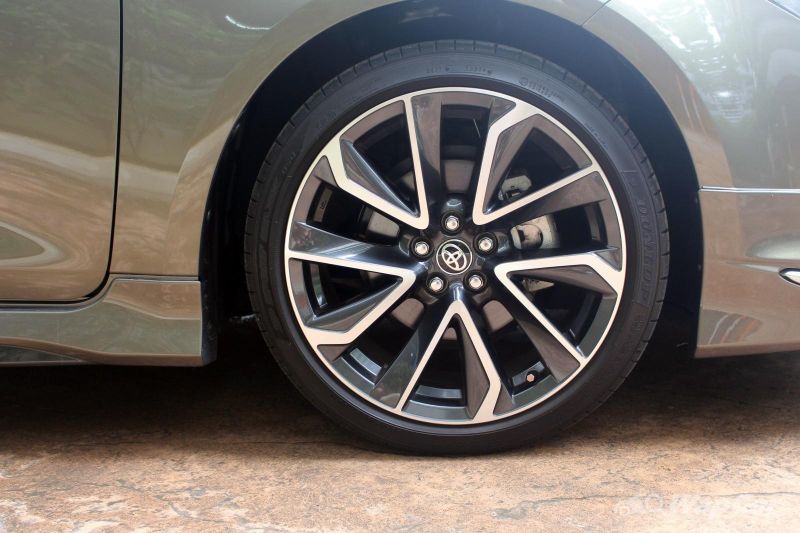 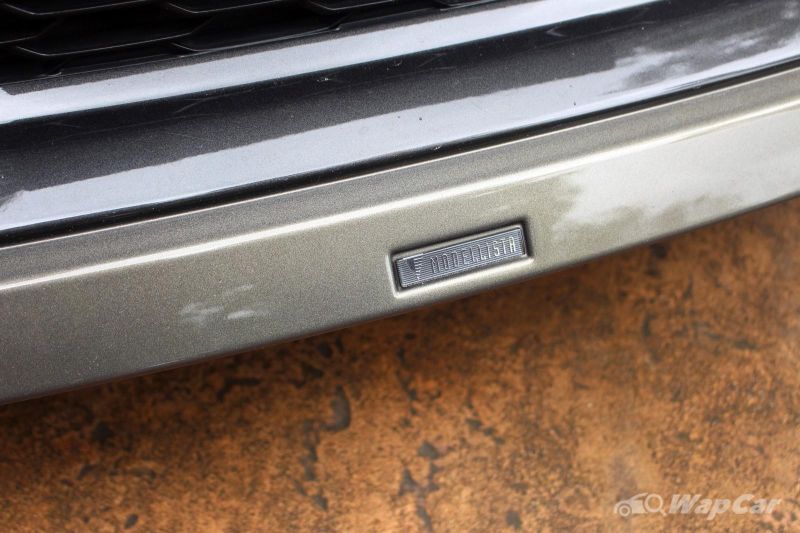 Specs include full-LED lighting in front and on the back, dual-tone 18-inch wheels, and this particular car's got the full complement of a Modellista bodykit as well.

That's pretty rare; if you want one that looks like this, this is just about the only unit you'll find at the moment. 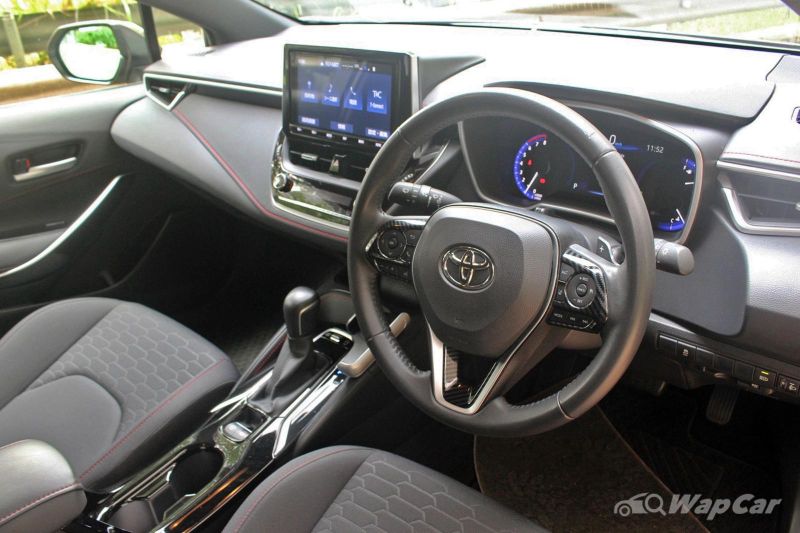 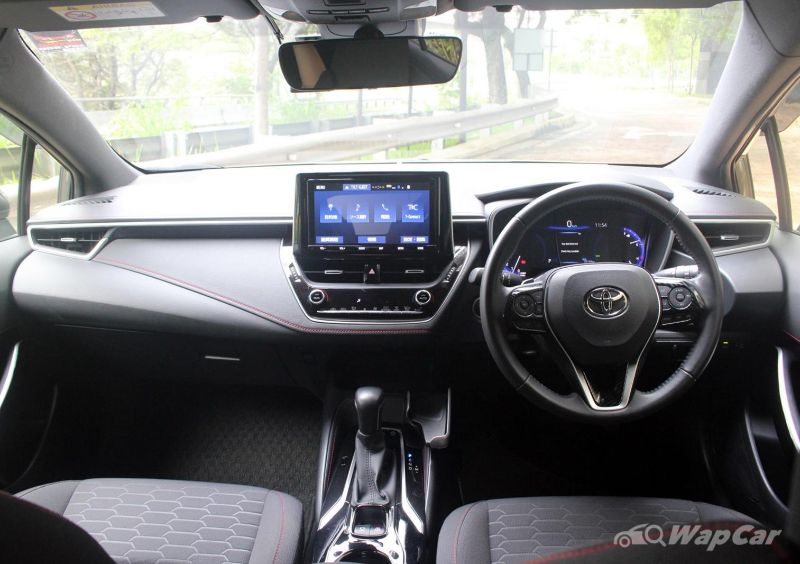 Inside the Corolla Sport is a very familiar affair. Dashboard design, switch placement, and ease of use are all textbook Toyota thoughtfulness, and if you've been in the 'Cross or Altis then you won't be sitting there for five minutes wondering what all these buttons do. 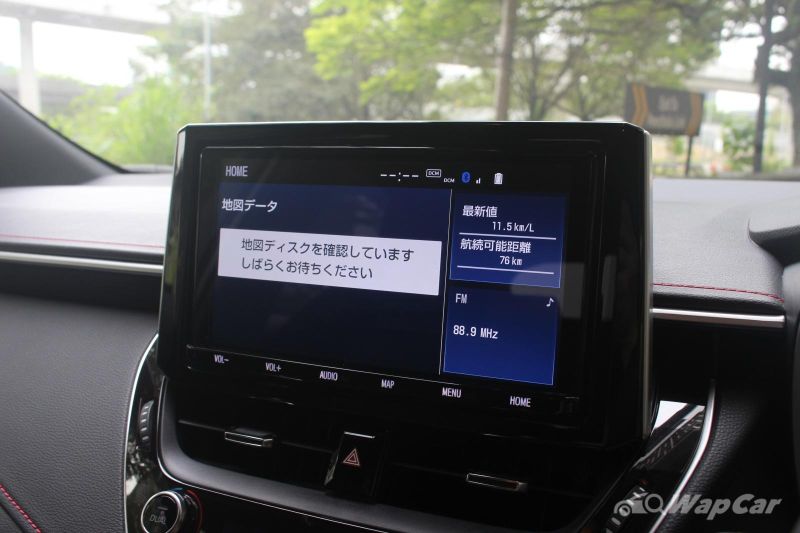 You might ponder a bit working the 10.5-inch infotainment touchscreen however, as just like the Honda Fits we covered, this is all in Japanese.

The radio works on a limited-range FM frequency, so unless you're content with just Bluetooth you'll have to change the entire headunit. This is not new; it's a trade-off that's in practically every Japanese-market grey import model sold here. 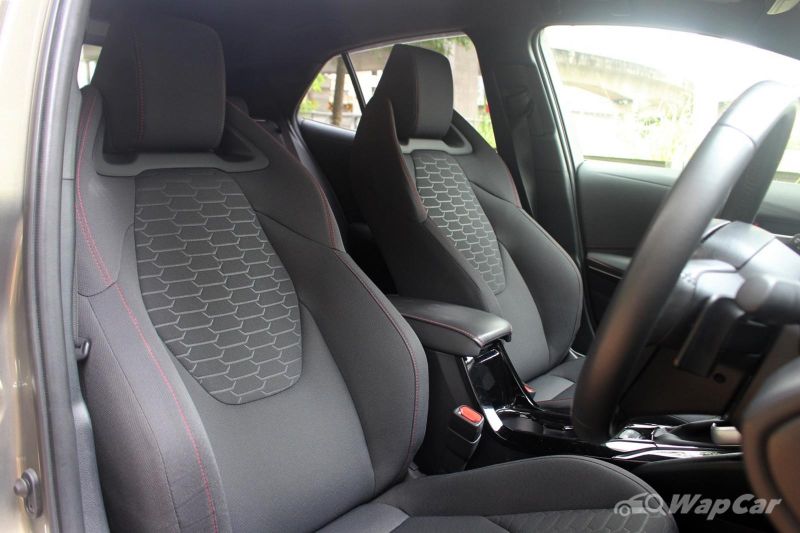 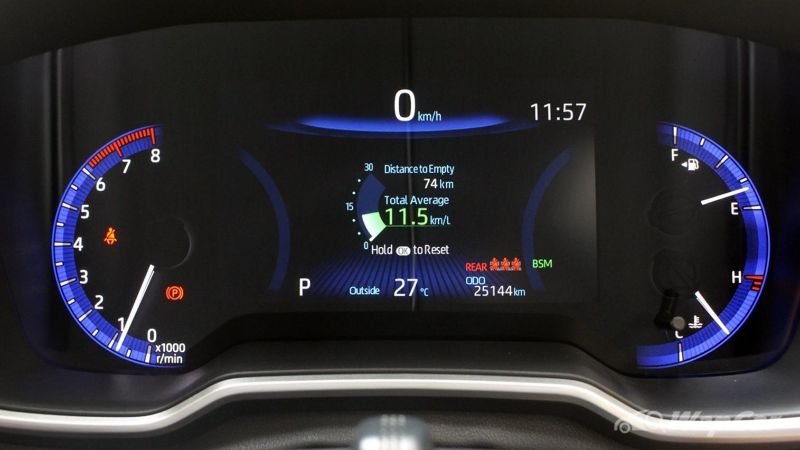 As for everything else things are pretty nice – plush semi-bucket leather seats, a digital instrument cluster, dual-zone air-conditioning, and a drive mode selector. 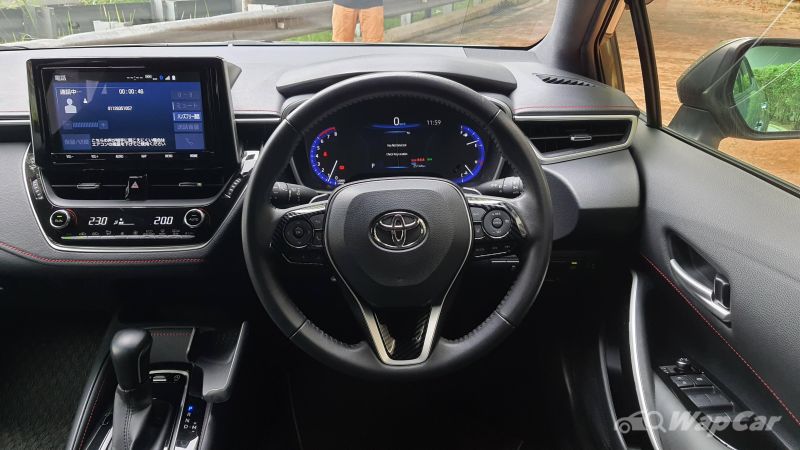 This unit has been accessorised with some faux carbon stickers plus a phone holder. The latter's ergonomically sound, but the former is a bit of an acquired taste, at least to me.

Also read: Half a century and 563k km later, this first-gen 1969 KE10 Toyota Corolla will retire to a museum 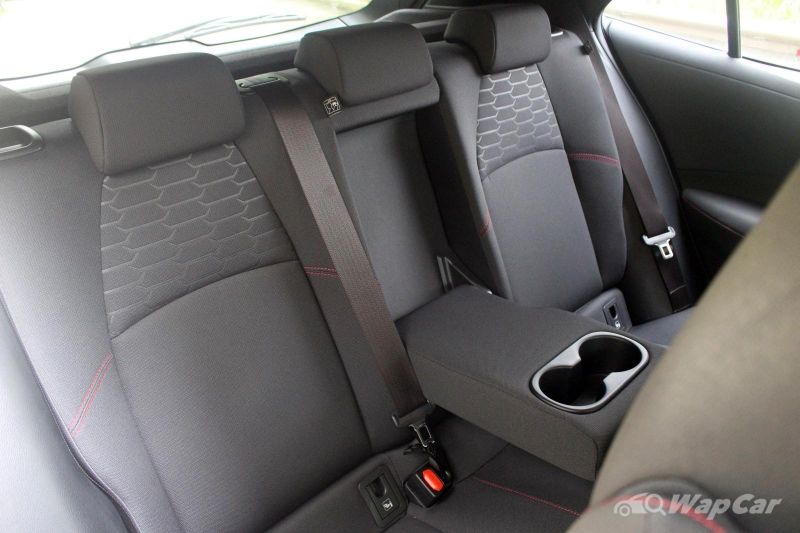 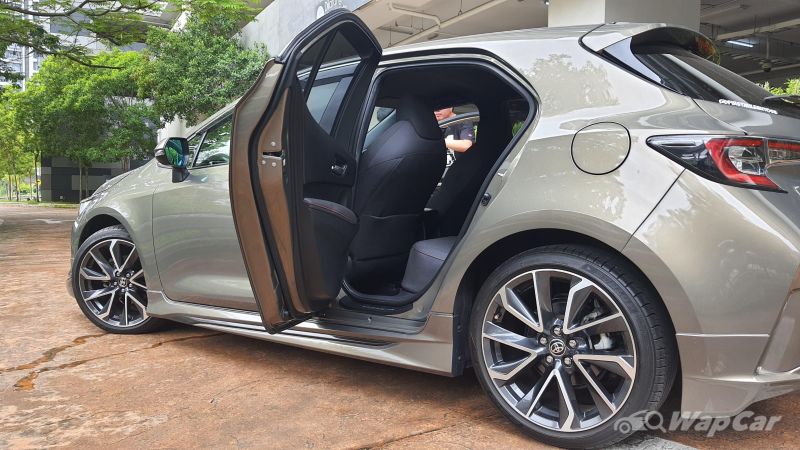 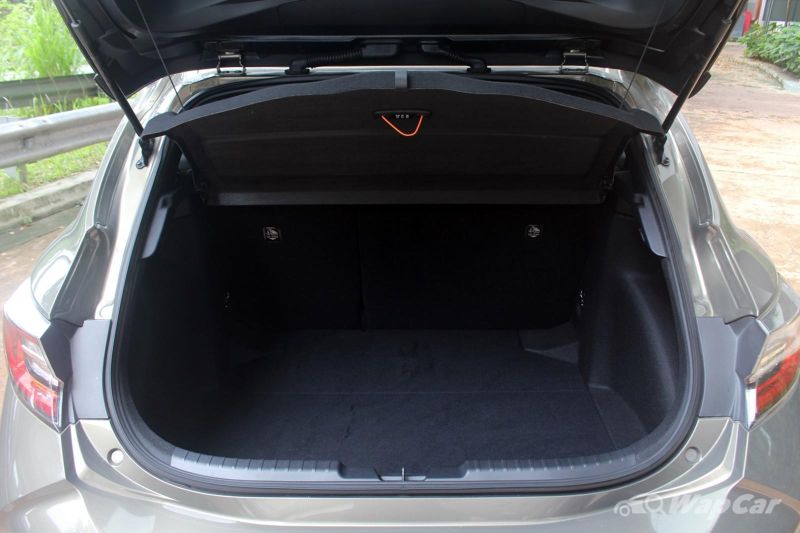 How does it all feel? Trademark build quality; soft and supple seats, and plastics that don't feel brittle. Space at the back – at least in our brief experience – is adequate for a small family, but bootspace is a little tight. 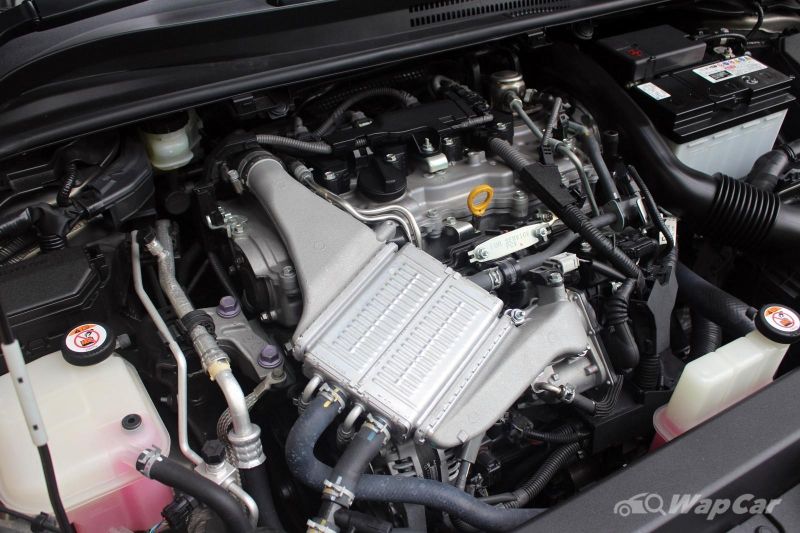 Keeping one on the roads won't be too pricey, in part thanks to the RM 55 roadtax (its turbocharged four-cylinder engine is only 1.2-litres (1196 cc), makes 116 PS / 185 Nm), and Super CVT-i automatic transmission combo. Manual options exist; First Mile Auto has a few in their inventory with more coming soon. 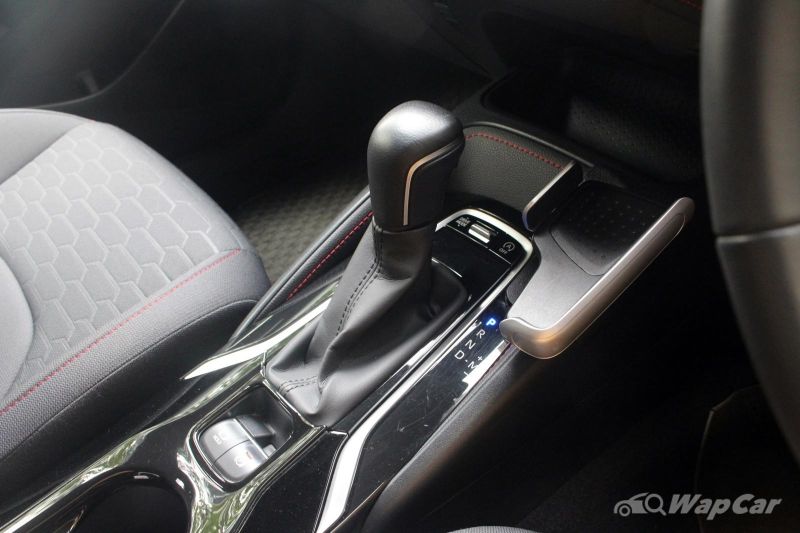 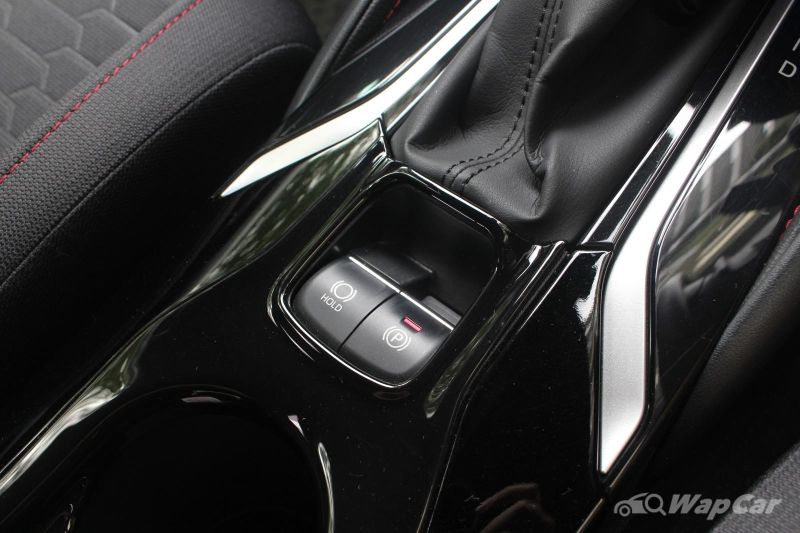 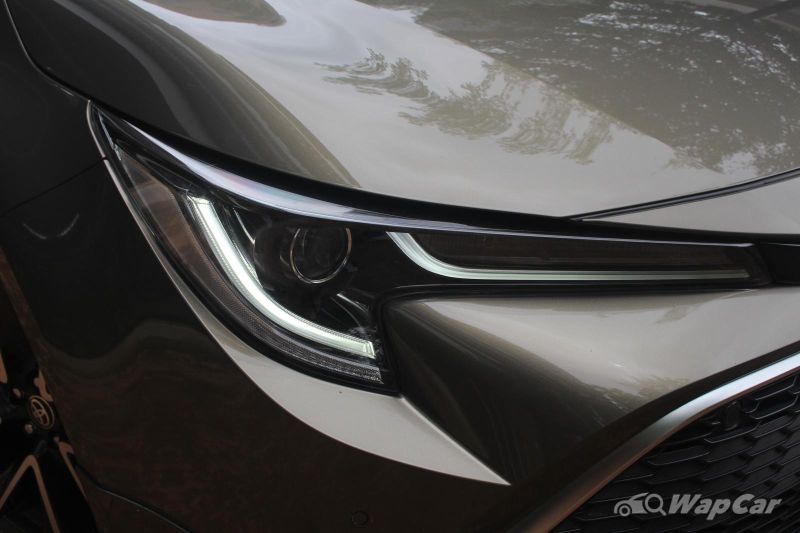 On the safety front model comes with 6 airbags, and the full suite of Toyota Safety Sense ADAS.

Buying one - what should you know?

Pretty compelling, no? It comes pretty loaded and even with prices close to several popular new cars in Malaysia, remember that official warranty coverage and manufacturer recalls (if any) aren't extended to reconditioned cars like this.

Other than that, buying a recond car in Malaysia is relatively straightforward – every process is generally the same as you would buy a regular used car. Find out more Toyota Corolla Sport in this link here.