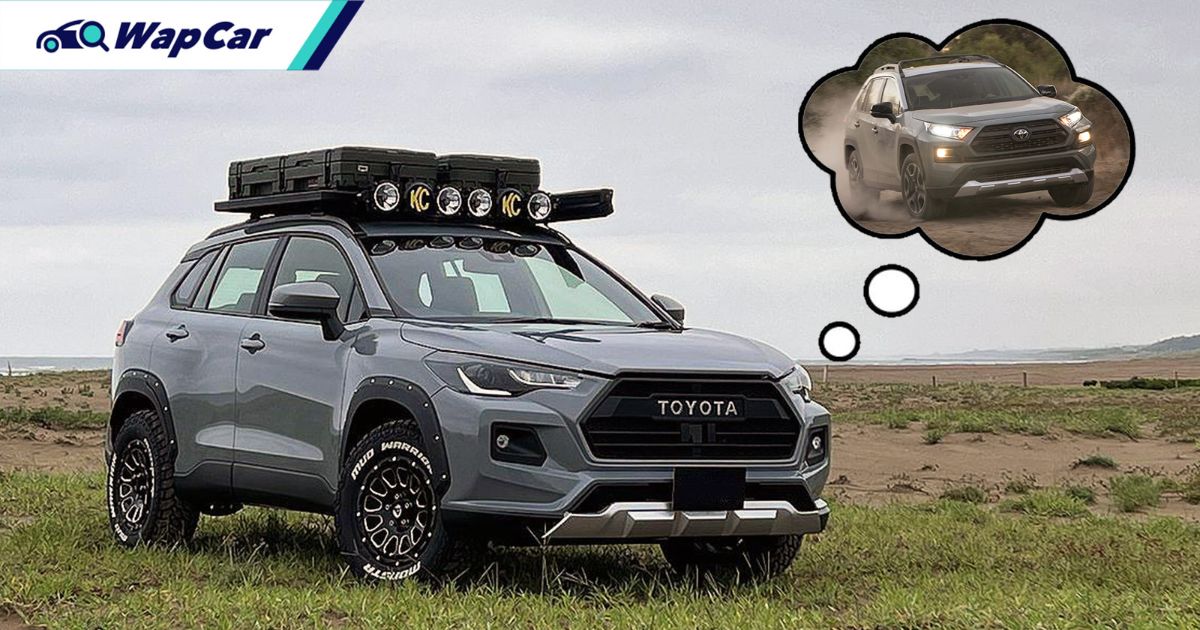 Unlike most global markets, the JDM version of the Toyota Corolla Cross sports a unique and different design and needless to say, it looks rather plain than the one sold globally. Perhaps it’s the lack of a front grille design that makes it a bit off-putting.

One Japanese aftermarket company also seemed to agree with that statement and has just recently released their own solution to add some machoism to the popular crossover.

Exizzle-Line is an aftermarket shop that is largely influenced by the Los Angeles car customisation scene. That might not be surprising since the Corolla Cross bodykit offered by it is largely inspired by the American-spec (USDM) Toyota RAV4. 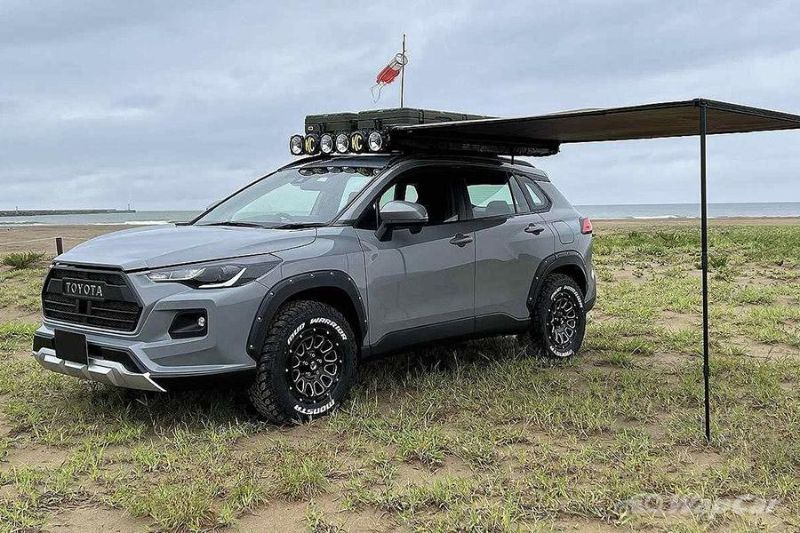 Dubbed the “RAV Cross”, the bodykit consists of a front face kit and an overfender kit which turns the meek-looking Corolla Cross into an outdoorsy overland crossover. According to the website, the kits are compatible with all variants of the JDM Corolla Cross. 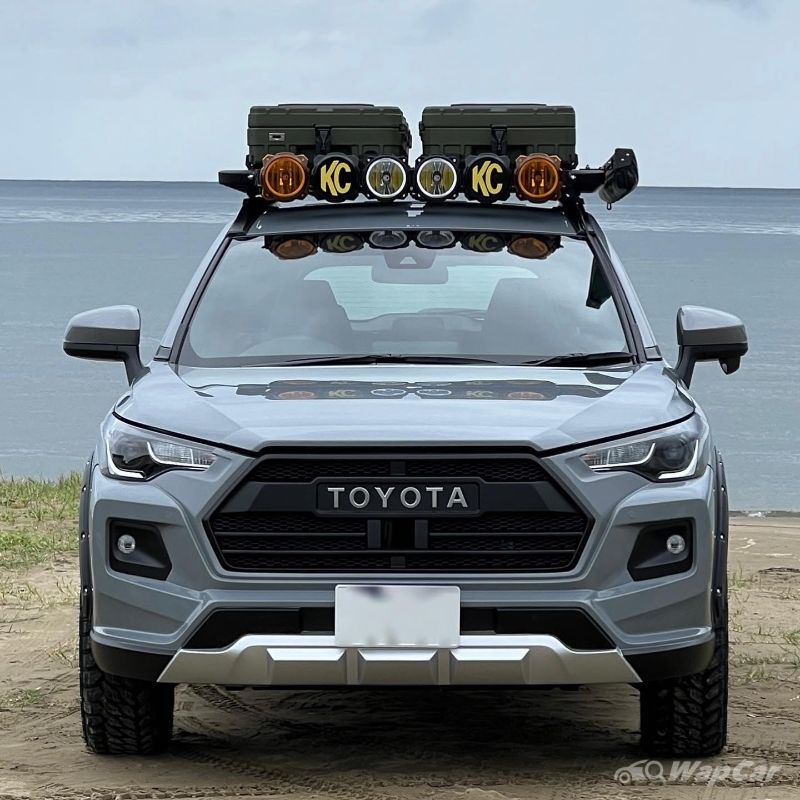 Let’s start with the front bodykit which is listed at JPY 203,500 (~RM 6,400) and the main highlight is the hexagonal front grille with “TOYOTA” written in big bold letters. Though the old-school design is largely inspired by the USDM RAV4 Adventure variant, this treatment is also seen in other Toyota off-roading models like the 4Runner, Tacoma, and the Land Cruiser. 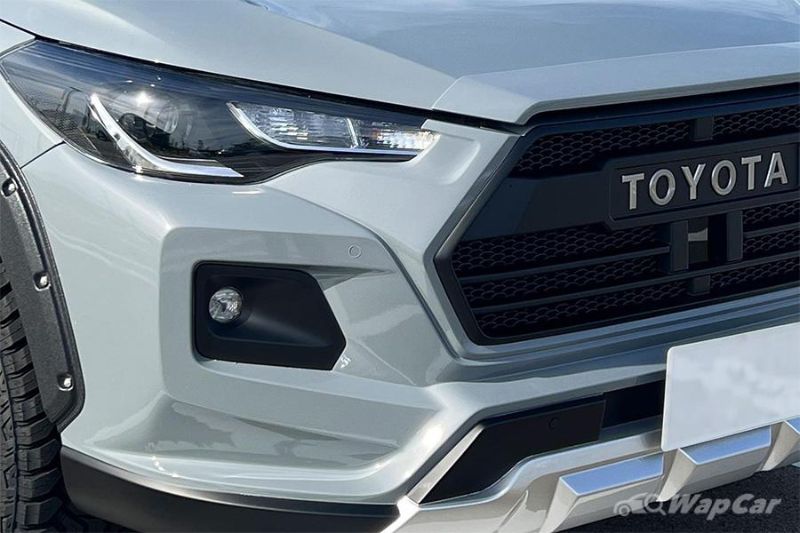 The front grille also supports the transplantation of the millimeter-wave radar needed for the Toyota Safety Sense (TSS) ADAS to function. So, at least there’s some reassurance to owners who wanted the advanced safety system to continue working. 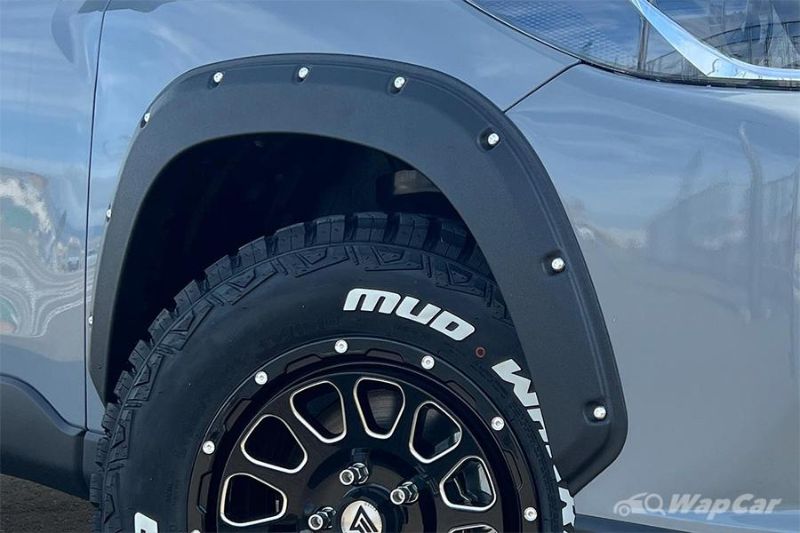 Next up on the RAV Cross bodykit is the 9 mm-wide wheelarch overfenders which are priced at JPY 49,500 (~RM 1,600). These wheelarches can simply be installed onto the Corolla Cross and do not require any modifications that would affect the bodywork.

Essentially, the bodykits only comprise enhancing the aesthetics of the Corolla Cross. The overhead compartment and chunky off-road wheels are only for show and aren’t included in the customisation cost. The RAV Cross bodykit is available for sale via Exizzle-Line’s offroad division, Rivai Offroad.

What do you think of this modification? Would you like to transform the Corolla Cross to its larger brother?