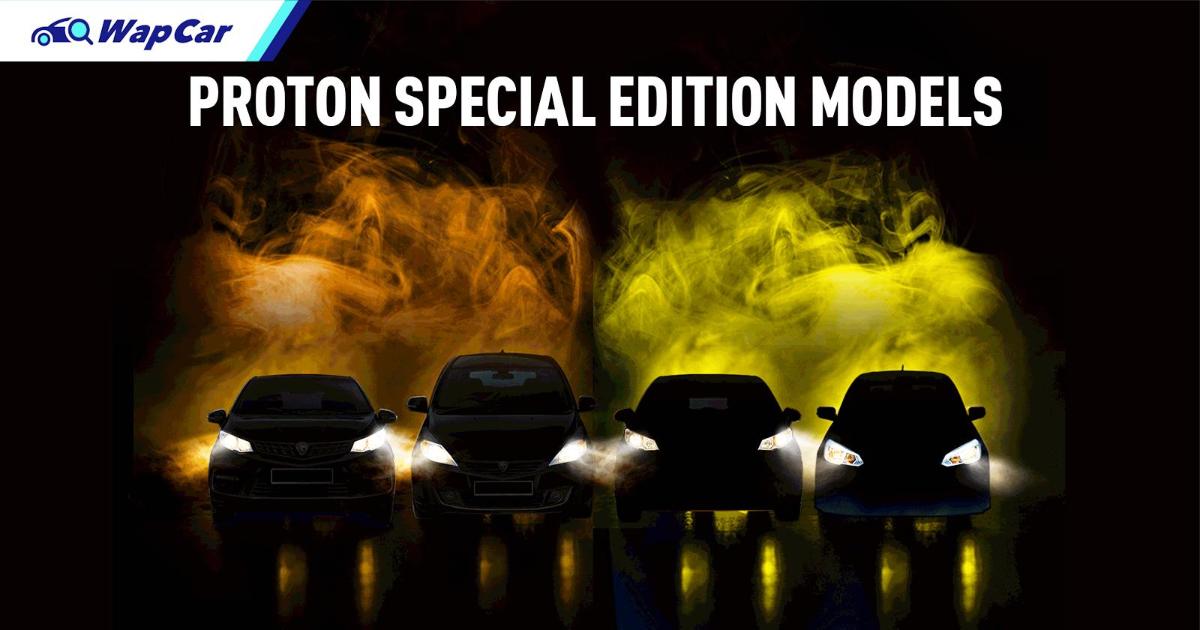 Special editions of the Proton Persona, Exora, Iriz, and Saga will be launched in an online event next week on 18-February 2021, which also marks the return of the famed R3 moniker.

The four models that will be launched during the event - to be streamed live on Proton's Facebook page - are as below:

Prospects of the R3 nameplate returning are exciting, and we've covered spyshots of the Iriz and Saga R3 Limited Edition numerous times, most recently earlier this week where both models were seen on trailers.

Meanwhile, the Persona Black Edition is touted to wear the same black-and-yellow theme as the rest of the lineup.

And it looks like Proton's put in a little surprise for us as well by cooking up an Exora Black Edition.

To recap, here's the price list of the current variations of all four models:

Once again, launches of all four cars will be streamed on Facebook at 11 am, 18-February 2021. Bookings for the models will also be open at the same time. Meanwhile, here's a teaser of things to come!