Home > News > Engine braking is good for you, but how do you use it?

Engine braking is good for you, but how do you use it? 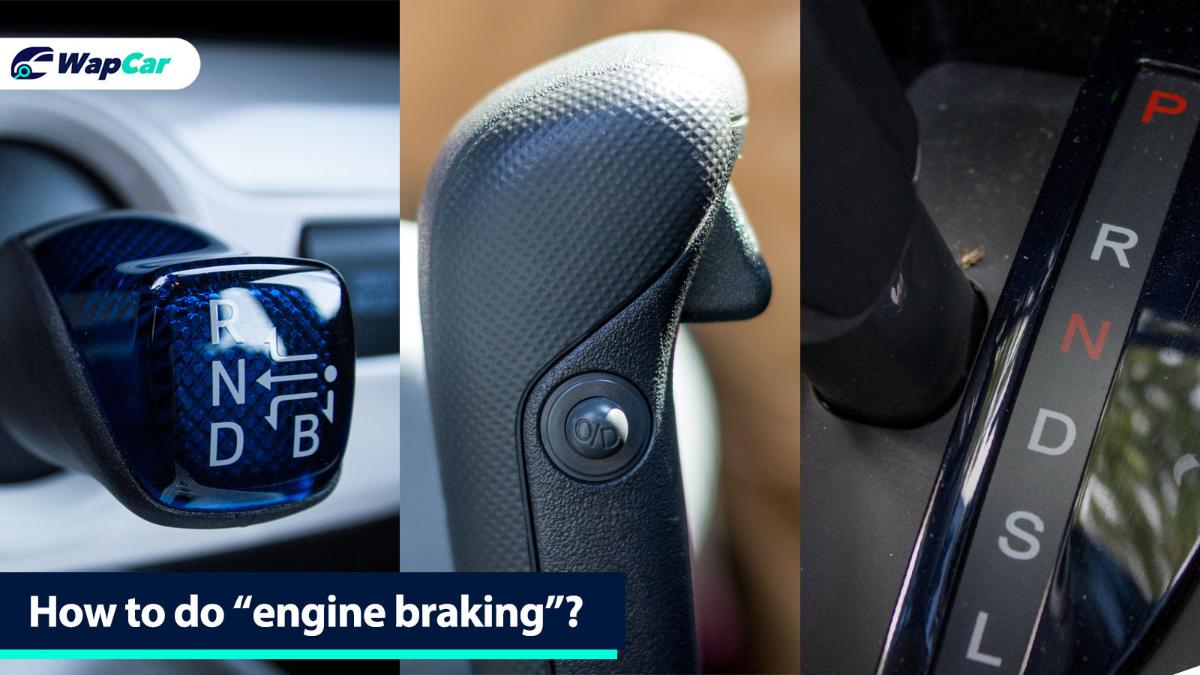 Everybody hates driving behind the car that brakes excessively and unnecessarily. Excessive braking shows a lack of driving awareness, bad trailing distance, and poor control of the car. It becomes an even bigger annoyance when driving downhill.

Now, when driving downhill, you might notice “Use Low Gear” signs along the way, and that’s really what you should be doing. Using a lower gear enables you to do “Engine Braking” so you could tackle the winding downhill roads at a safe and controllable speed without putting too much stress on your brakes.

Q: What is engine braking?

A: Using the engine to slow the car down.

Q: How do you do engine braking?

Q: How does engine braking work?

A: By restricting airflow. When you lift off the accelerator, the throttle valve closes. That creates a vacuum in the intake manifold. The piston will now have to work against this vacuum to continue moving. That is engine braking.

Q: How does using a lower gear help with engine braking?

A: Every gear has different ratios and different maximum allowable speeds. When shifting into lower gears at higher speeds, you might notice the engine revving a little bit higher.

Let’s have a look at the maximum allowable speeds for all gears in a Perodua Axia (both manual and automatic). The automatic Axia only has 4 speeds to choose from. 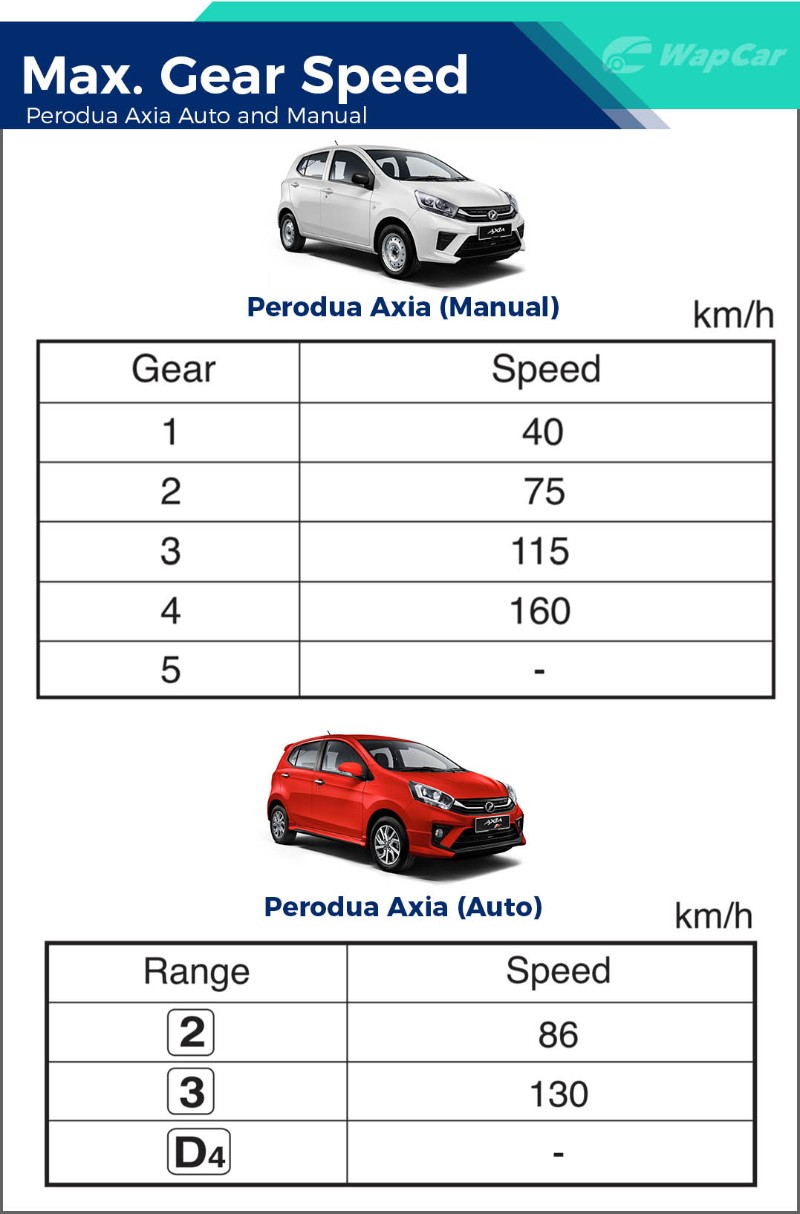 Each gear is limited to a certain speed with respect to its gear ratio. Hence with a little automatic Axia, shifting into “3” helps slow the car down and give yoou better control when descending high elevations like Genting or the PLUS highway after the Menora Tunnel. 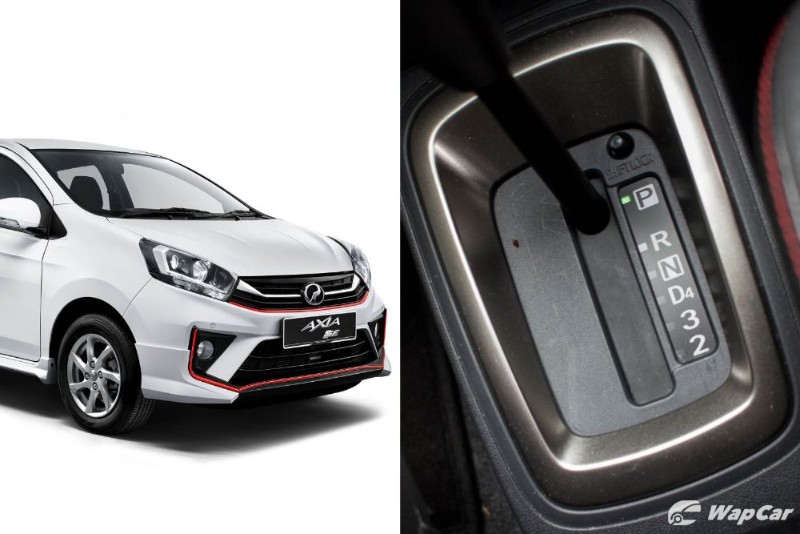 A: Shifting into “3” prevents the car from shifting into its highest gear, or “Overdrive”.

Q: Is that the same as the “Overdrive off” button in older cars?

A: Yes. They execute the same function.

Q: What about shifting into “2” on a 4-speed automatic gearbox?

A: That engages even more effective engine braking at lower speeds. Now the car can only shift up to 2nd gear at max. Be careful not to do too drastic of a gear shift to prevent damage to the car. And always remember to use the foot brake to slow the car down first before using engine braking to help you coast.

Q: What are the benefits of engine braking?

i. The car becomes more controllable on descents.

ii. You can prevent overheating of the brakes.

iii. You can extend the life of your brake pads.

Learn to inspect your brakes here.

Q: How to engine brake with shiftronic or tiptronic automatic?

A: Lift off the throttle, use the foot brake to slow the car down first, and then and shift down one gear at a time. Engine braking helps you to coast more controllably. Take it easy. Don’t shift down abruptly. Shiftronic or tiptronic aurtomatics still use a planetary gear automatic gearbox, albeit with more gear ratios.

Q: How to engine brake with a CVT gearbox?

Q: What does “B” stand for in some cars?

A: Brake. It executes the same function as “S”. Unfortunately, B does not stand for Boost.

Q: How to engine brake with a DCT automatic?

Q: What about those automated single clutch manuals?

A: Same thing. Lift off the throttle, use the foot brake to slow the car down first, and then shift down one gear at a time. Use engine braking to help you coast.

So, there you have it. That’ engine braking and how to use it in most standard cars of today.

Before you try engine braking, we would suggest being more aware of your surroundings first. Put the phone away, have both hands on the steering wheel, look ahead, and be aware of your mirrors. Always look before you go and drive smoothly.

And when you do use engine braking, use the foot brake to slow the car down first, and make sure to shift down slowly and not to red-line the engine. Engine braking is not a total substitute for normal braking. Rather it is a method to gain better control of the car while coasting on descents. Use it wisely to prevent unnecessary brake wear. Drive safe.