Review: Hyundai Kona - Should you get this over the HR-V or CX-3?

Whether you like it or not, there's no denying that the de facto B-segment SUV in Malaysia is the Honda HRV. Until the first-ever Toyota Corolla Cross arrives next year, the Honda HR-V will likely be sitting rather comfortably on its throne. But will Hyundai fare better? 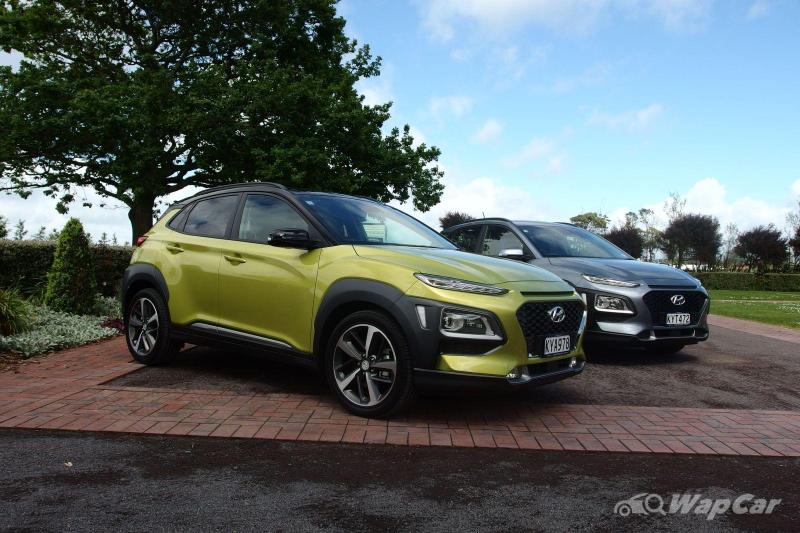 We reckon that the upcoming Hyundai Kona has all the right ingredients to challenge the Honda HR-V at its own game.

A quick disclaimer: for the purpose of this review, we were flown to New Zealand to sample the Hyundai Kona.

As such, it may not be representative of the upcoming Malaysian-spec Kona that we will be getting, as the Kiwi-spec car gets certain features that may not be offered here.

Exterior – There's no mistaking the Kona for anything else 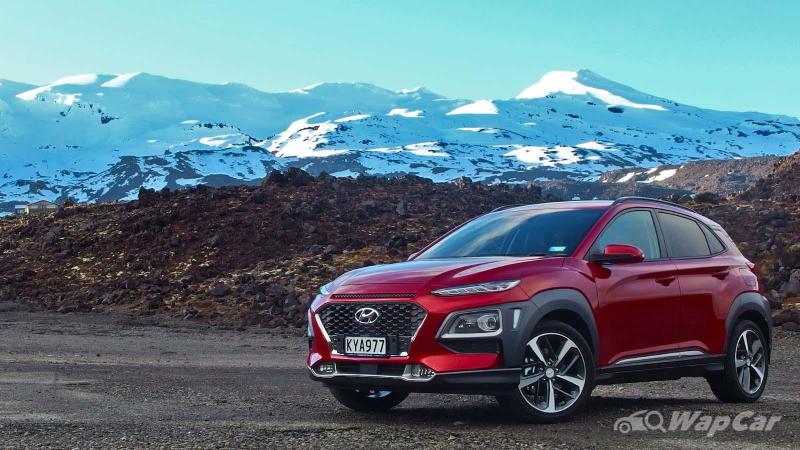 It's hard to argue against the fact that the Hyundai Kona is quite a looker. It gets a two-tier front-end with the LED daytime running lights sitting on top of the projector headlights. Rounding off the front-end is Hyundai's signature cascading front grille. 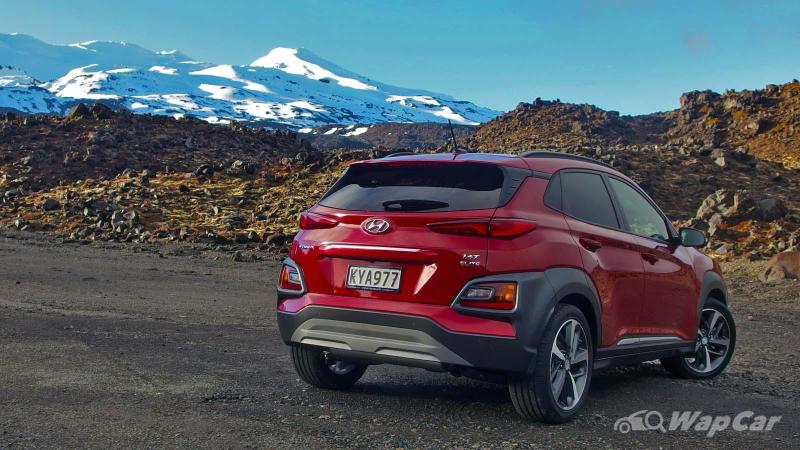 The rear-end of the Hyundai Kona is equally as attractive as the front. The two-tier design is carried over to the rear, as the Kona gets slim tail lights on the upper part, while the turn signals, reverse light, and rear fog light is located at the lower edge of the bumper. Funky? Definitely. 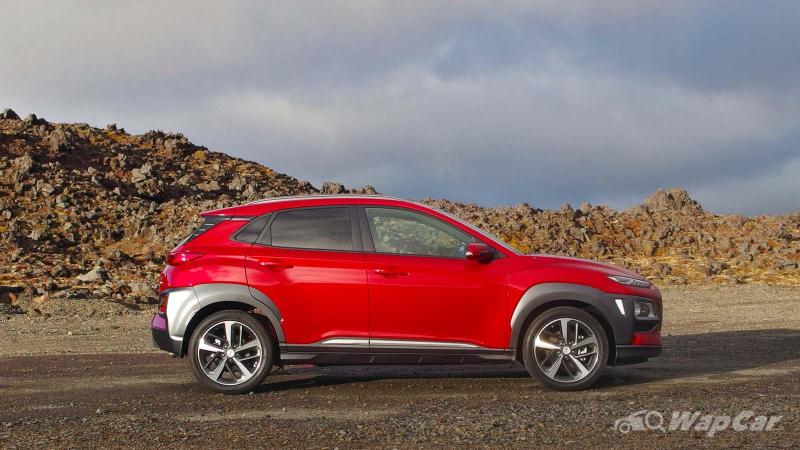 Rounding up the exterior are plastic cladding and 17- or 18-inch alloy wheels.

Interior – Not quite as funky as the exterior 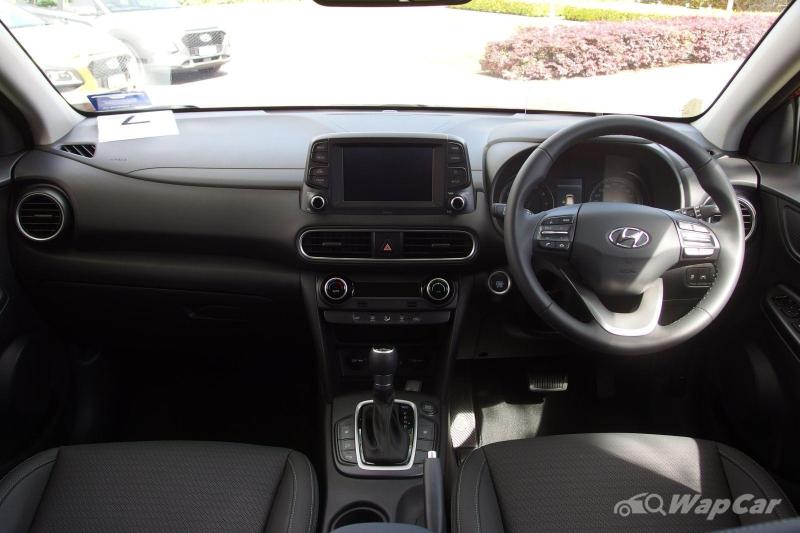 Unlike its radical-looking exterior, the cabin of the Hyundai Kona is comparatively plain – there's no distinctive design elements so to speak. Everything in the cabin looks and feels just like a modern-day Hyundai, which is not a bad thing. 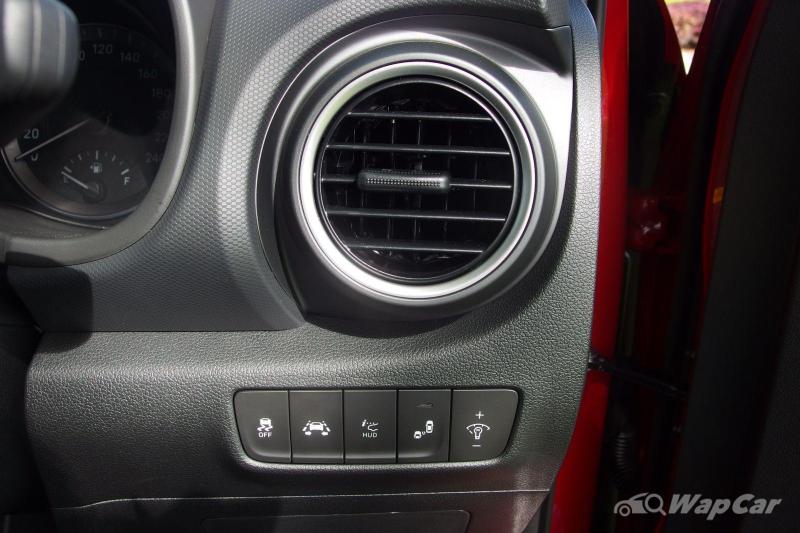 In-line with some of its key rivals, the Hyundai Kona gets a smattering of soft touch materials that lifts the ambiance of the cabin. The flipside is that the colour of the soft touch material is identical to hard plastics, making it hard trying to differentiate the two.

To alleviate that, Hyundai designers have given the Kona's cabin contrasting colours on the seats, air vent and gear shifter surrounds, and push start button. 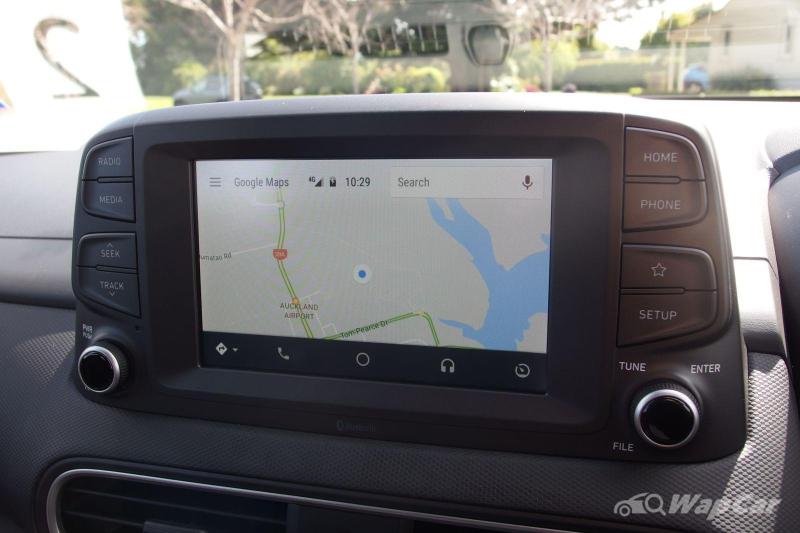 As with any other modern SUV that's worth its salt, all variants of the Hyundai Kona feature Android Auto and Apple CarPlay support. 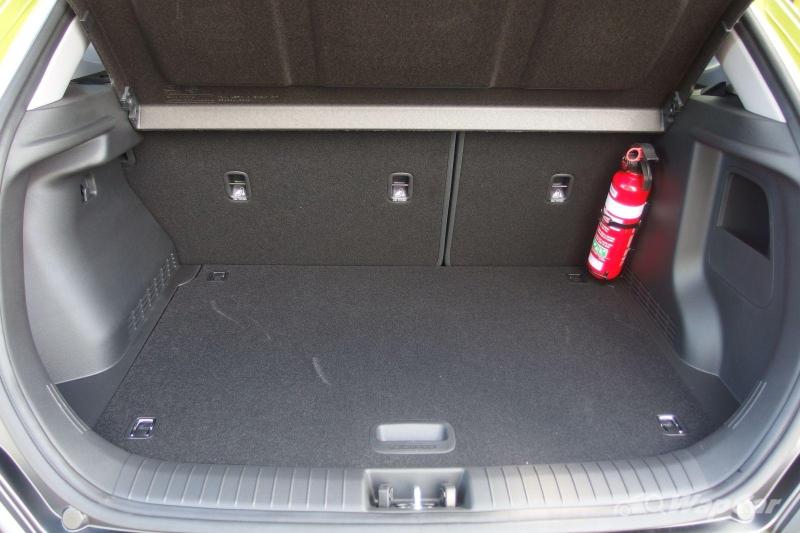 Driving Experience – Turbo power is where the fun is 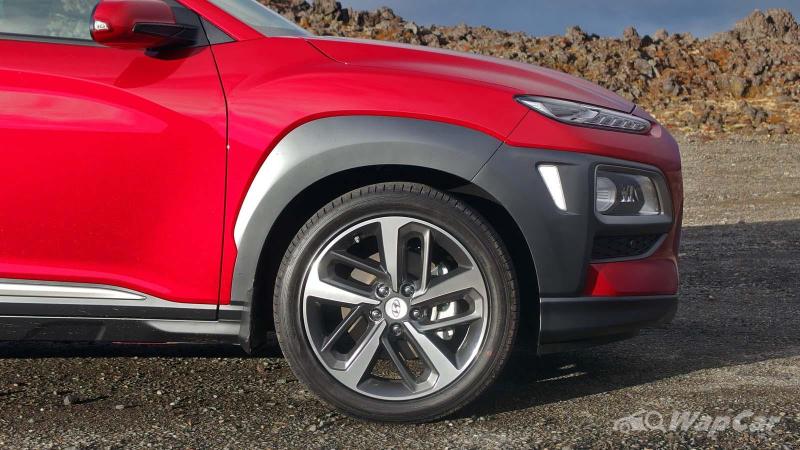 On paper, the base Kona 2.0's powertrain configuration mirrors that of the Mazda CX-3, featuring a 2.0-litre naturally-aspirated petrol engine hooked up to a 6-speed torque converter automatic that drives the front wheels. 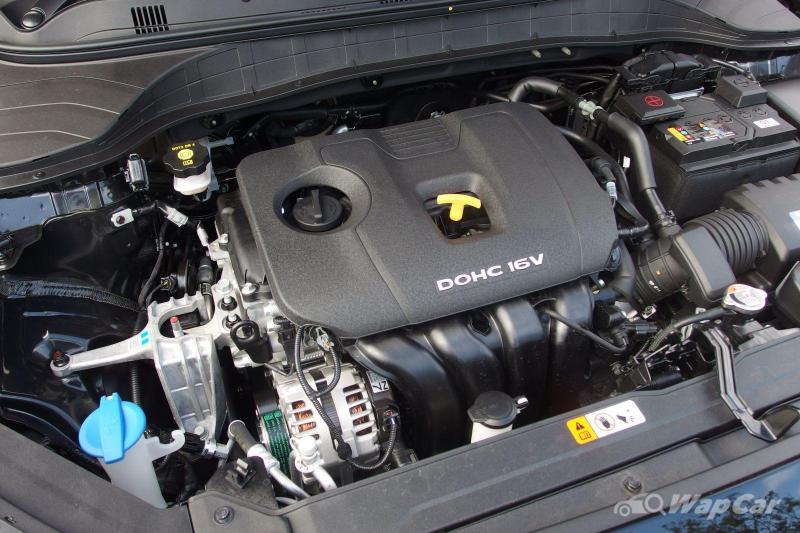 But does it necessarily mean that the Kona can drive as well as the well-established Mazda CX-3? 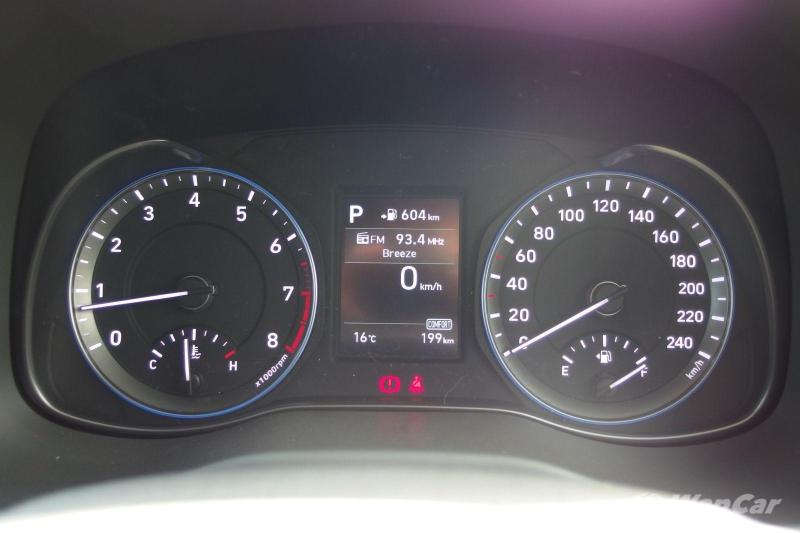 Not really, as Kona's driving experience lacks the same level of driver engagement the Mazda offers. The Kona also lacks the addictive induction noise than the CX-3 offers. 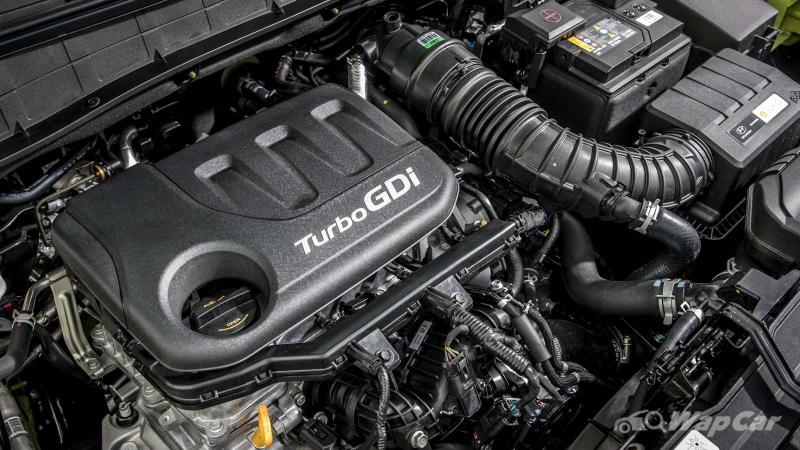 The turbocharged Hyundai Kona fares better, as its 1.6-litre turbo petrol unit is quite a gem. Its full 265 Nm of torque is available from a low 1,500 rpm, which makes acceleration a breeze. Need to overtake? A gentle prod of the accelerator is all it takes. 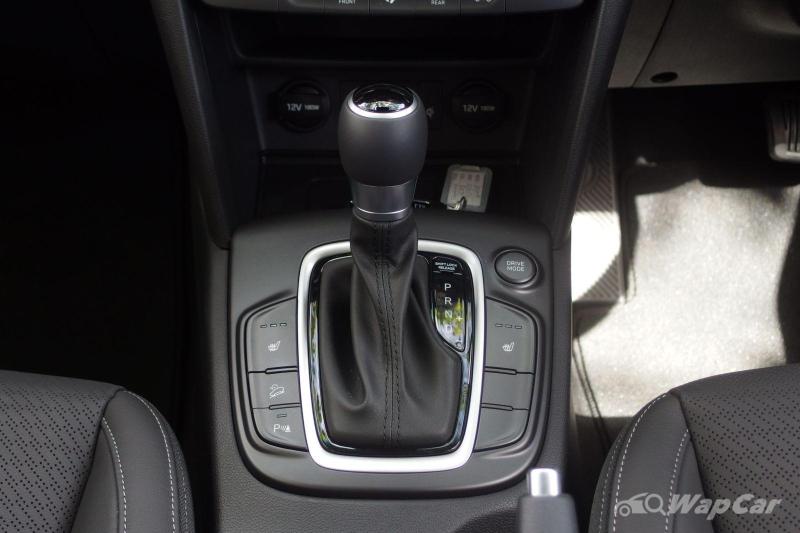 Couple that with its sleek-shifting 7-speed dual-clutch automatic transmission and the turbocharged Kona makes for a slightly better drive. 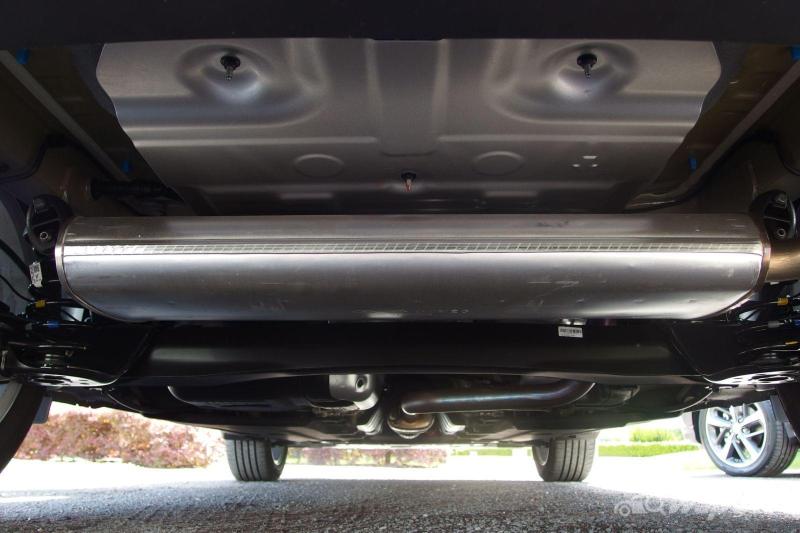 The reason for that is because the more sophisticated multi-link setup is reserved for AWD variants. Malaysian-spec cars are fitted with a FWD drivertrain, which gets the simpler torsion beam set-up. 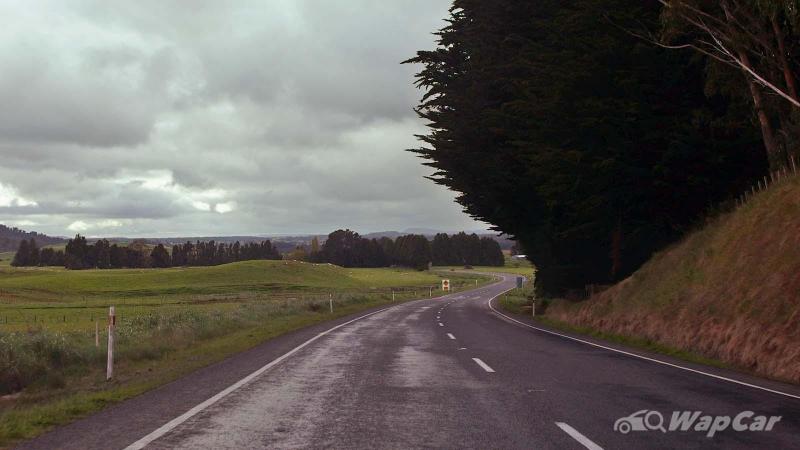 Torsion beam it may be, we find little to fault it, considering that Hyundai's Australian arm has done a swell job of fine-tuning the Kona's ride and handling.

It soaks up bumps without upsetting the cabin too much, yet tackles corners with relative ease. But Mazda CX-3-rival it is not, as the Kona can't quite match the Mazda's sharp and darty driving dynamics.

That being said, it's hard to gauge how well the Kona copes with Malaysian roads, as New Zealand's roads are considerably smoother and well maintained compared to ours.

It has been a long time coming for the Hyundai Kona. HSDM was keen to bring the model to Malaysia as far back as 2017, but the model got delayed due to various unforeseen circumstances. HSDM previewed the Kona at the 2018 Kuala Lumpur International Motor Show (2018 KLIMS), fuelling speculations that they could introduce the model in 2019.

2019 came and gone and still no sign of the Hyundai Kona, leading many to believe that the Kona was canned.

Talks of the Hyundai Kona were reignited after the model was caught undisguised in Malaysia. HSDM released the first teaser a couple of weeks later, hinting at the imminent arrival of the Kona, followed by its tentative prices.

HSDM said that the Hyundai Kona's price would start from the RM 115k mark, right smack in the Honda HR-V's territory. What remains to be seen is the price of the range-topping turbocharged model, as it packs Hyundai's Smart Sense ADAS suite, one upping the Honda and Mazda. 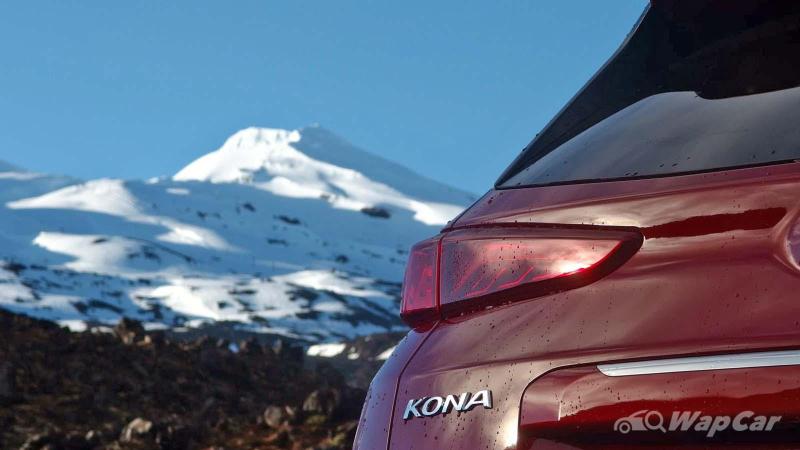 With the Kona on hand, HSDM now has a very capable alternative to the popular Honda HR-V or Mazda CX-3. Not only does the Hyundai Kona feature a distinctive design, its turbocharged powertrain and safety credentials should be enough to sway potential buyers over to camp Hyundai.

Rivals such as Kia and Toyota also have B-segment SUVs in the pipeline, so it'll be interesting to see how the competition heats up over the next couple of months.

We'll update this spot once we've sampled the Hyundai Kona on Malaysian roads, so stay tuned for that.