Spyshot: India to get a longer wheelbase 2020 Honda City? 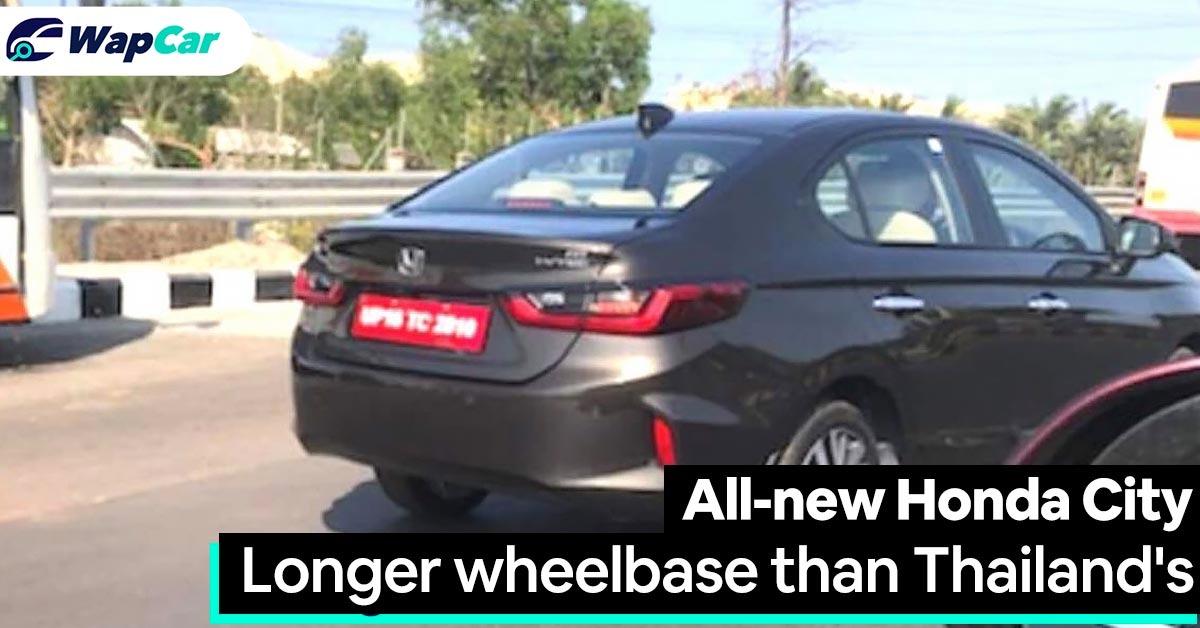 The all-new fifth-generation Honda City has been caught undisguised in India.

While it may look visually identical to the model that was recently introduced in Thailand, IndianAutosBlog posted details of the new model, including the dimensions and powertrains.

Curiously, the spec sheet lists the all-new City with two lengths - 4,549 mm and 4,569 mm, though this could be due to different bumper designs.

These figures suggest that the India-spec Honda City has different lengths from the Thailand-spec car.

Under the hood, the made-in-India Honda City won’t be fitted with the sophisticated 1.0-litre turbocharged 3-cylinder engine – instead, the upcoming Indian version will be fitted with a 1.5-litre naturally-aspirated 4-cylinder petrol engine. The petrol engine will be mated to a CVT-type automatic.

Closer to home, due to changes in the tax structure and Open Market Value (OMV) calculations, the launch of the all-new Honda City could be postponed to late-2020/early-2021.