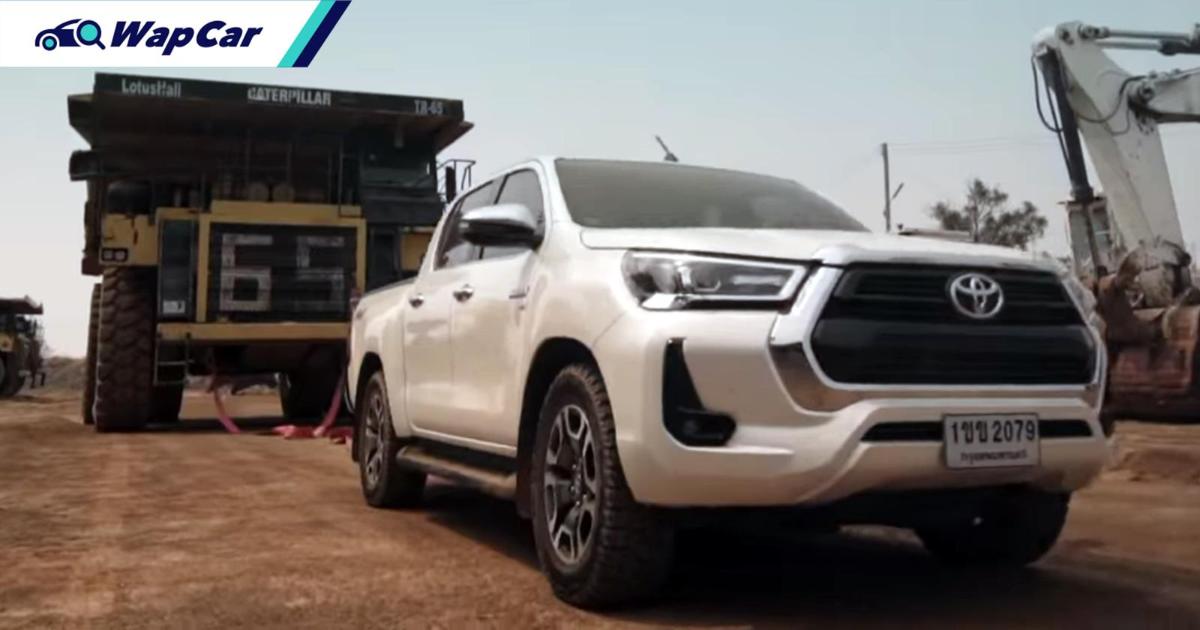 Looks like Mitsubishi Motors is not the only brand resorting to special stunts to show off their pick-up’s ability. In a new video uploaded on Toyota Motor Thailand’s YouTube channel, a Toyota Hilux is put to the test of towing massive coal transport trucks! Yes, plural.

Also read: Watch this Mitsubishi Triton pull a load of over 19,000 kg!

The towing exercise is an effort to show off the new Hilux’s ability in towing and also how the engine would perform under heavy load.

One coal transport truck can weigh anywhere from 64,000 kg onwards even unloaded and to be able to tow 3 of these massive trucks in one go is an impressive feat.

Now the question is, can the Hilux stop a rampaging coal truck like the Mitsubishi Triton?