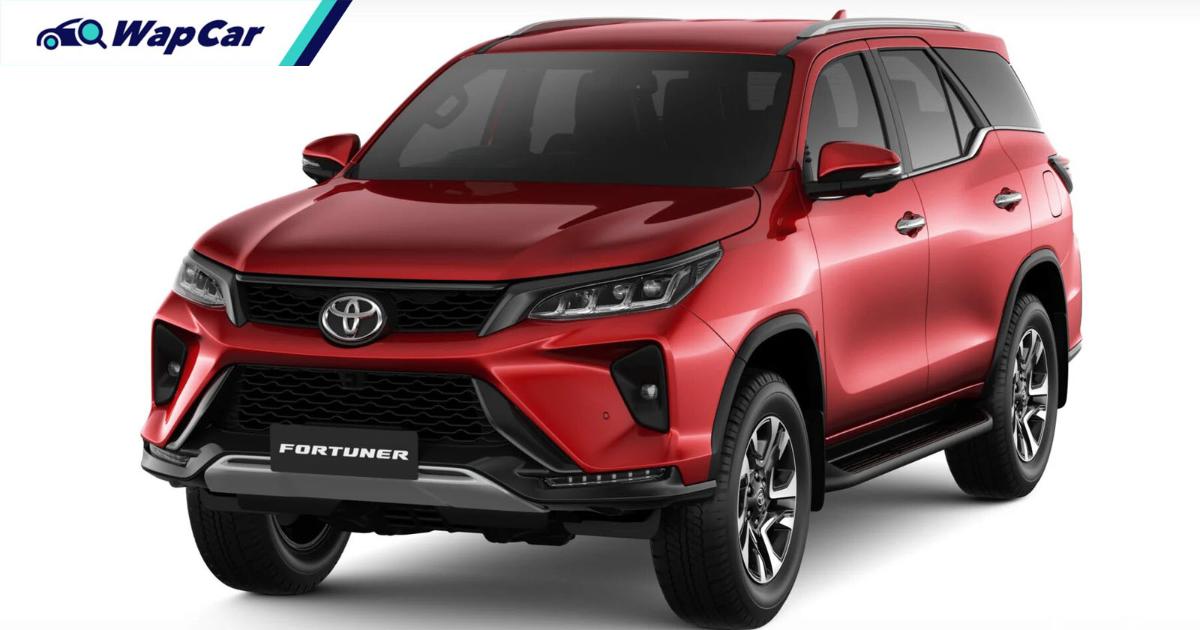 A facelift for the Malaysian Toyota Fortuner is due soon. Judging by the Thai-spec Toyota Fortuner, the 2021 facelift is bound to bring some significant changes (if the Legender variants were to make it to our shores). Since the Toyota Hilux has received a facelift very recently, it is reasonable to expect the Toyota Fortuner to follow suit.

The second generation (2015) was developed in Australia. This is the first facelift for the second-generation Toyota Fortuner since 2015. There was an update in 2017, albeit a minor one.

According to reports from our sister site, Autofun, it seems that the facelift aims to make the Toyota Fortuner more luxurious.

Q: So, what does the new 2021 Toyota Fortuner facelift have to offer?

A: Being the workhorse that it is, the Fortuner might receive a more powerful 2.8-litre engine from the existing Toyota Hilux. Do take note that in Thailand, the 2.8-litre engine is only offered for the Legender variants of the Toyota Fortuner. 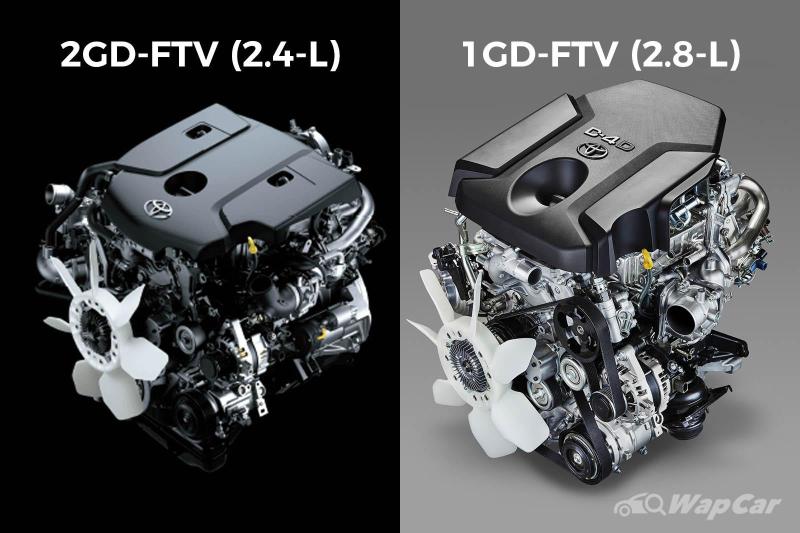 Currently, the Toyota Fortuner in Malaysia is offered with either a 2.4-litre turbo diesel engine (2GD-FTV) or a 2.7-litre petrol engine (2TR-FE).

The Thai-spec Toyota Fortuner Legender is available with the 2.8-litre 1GD-FTV turbo diesel engine. The standard variant is not. Whether or not we will get the 2.8-litre engine is still unconfirmed.

It wouldn’t be fair to compare the 2.7-litre petrol engine to the 2.8-litre turbo diesel engine, so here’s how numbers look for the 2.4-litre and 2.8-litre turbodiesel.

Both engines being turbodiesels, the bigger displacement offers more power and torque.

Q: What about the Petrol engine for the Fortuner?

Q: Will the transmission stay the same?

A: Most likely, the 6-speed automatic transmission with sequential shift will remain.

Q: How different will the new look be?

A: If it's not the Legender variant, the changes are very subtle. 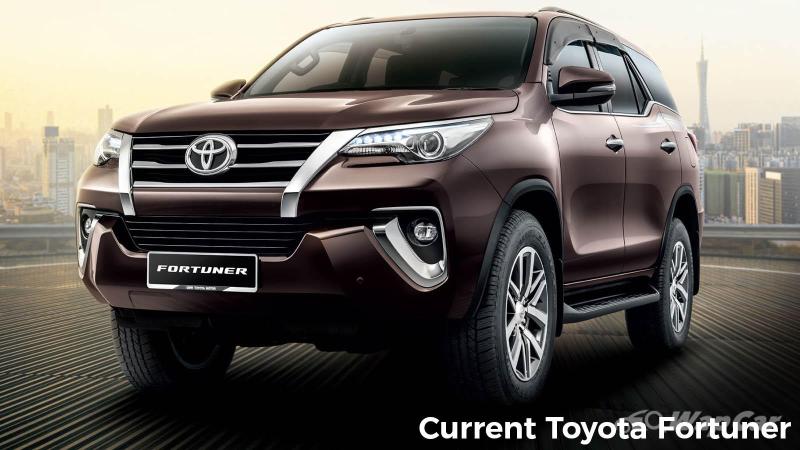 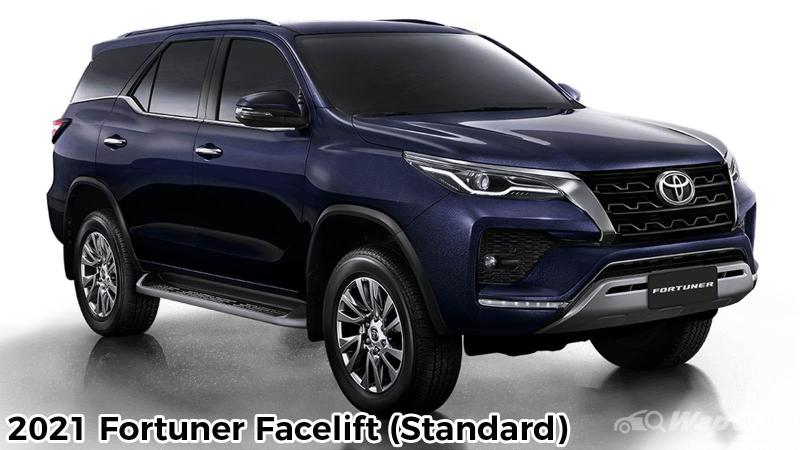 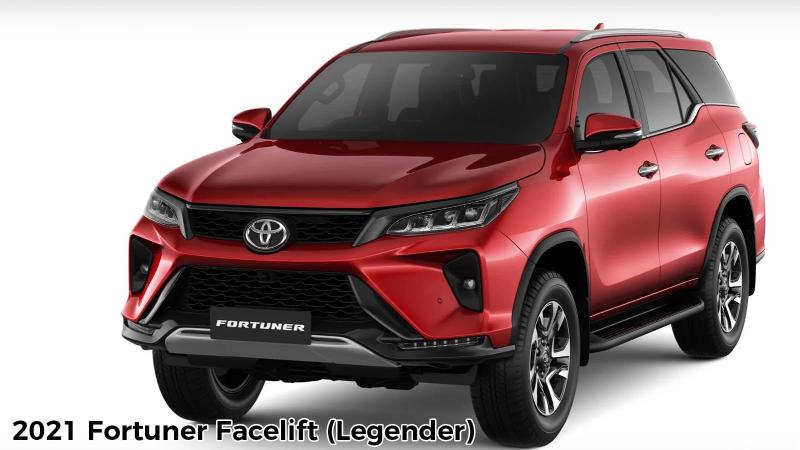 Q: Will the new Fortuner be bigger?

A: Being a facelift on the same platform, both old and new cars are almost identical. The difference that we can see (based on the Thai-spec Toyota Fortuner), is a small difference in wheelbase and a surprisingly lower ride height as stated on the Toyota Thailand website.

Bigger 20-inch wheels have been introduced (Legender only) to give the car more presence.

Q: What about features? It’s supposed to be more luxurious right?

A: Well, the Thai-spec Fortuner has Apple Carplay and is Andorid Auto-ready. The current Toyota Fortuner in Malaysia has Android Auto and Apple CarPlay as an optional feature.

A wireless charger is also an optional upgrade on the Legender variant. 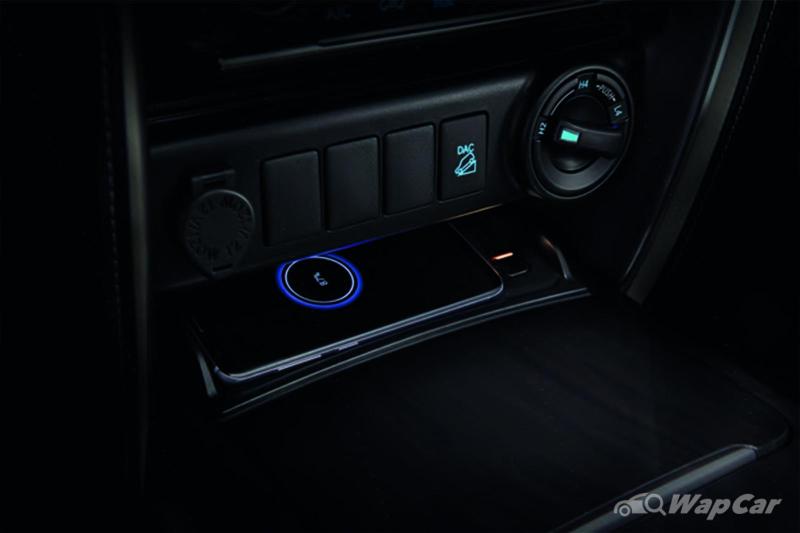 The Legender variant also comes with an auto tailgate with a kick sensor. 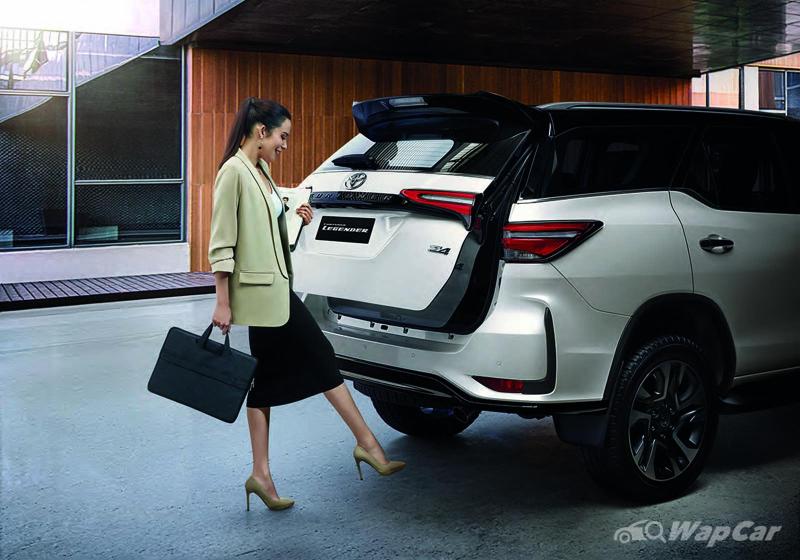 A: Following the trend of other new Toyota cars, the new Toyota Fortuner, as seen in Thailand, comes equipped with TSS (Toyota Safety Sense). Dynamic radar cruise control is only available on the range-topping variants in Thailand.

Other components of ADAS like brake assist, lane departure warning with steering assist, and RCTA are available features. Variants at the bottom of the range lack certain components. 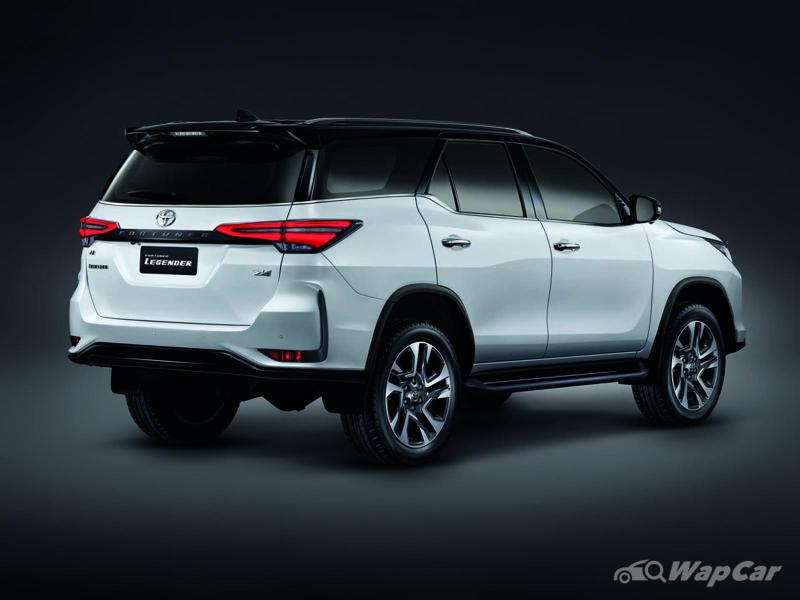 The facelift Toyota Fortuner’s Malaysian debut date is yet to be confirmed. Its new features, especially the new 2.8 turbo diesel engine and ADAS suite is worth the wait if you’re already planning on getting a Toyota Fortuner.