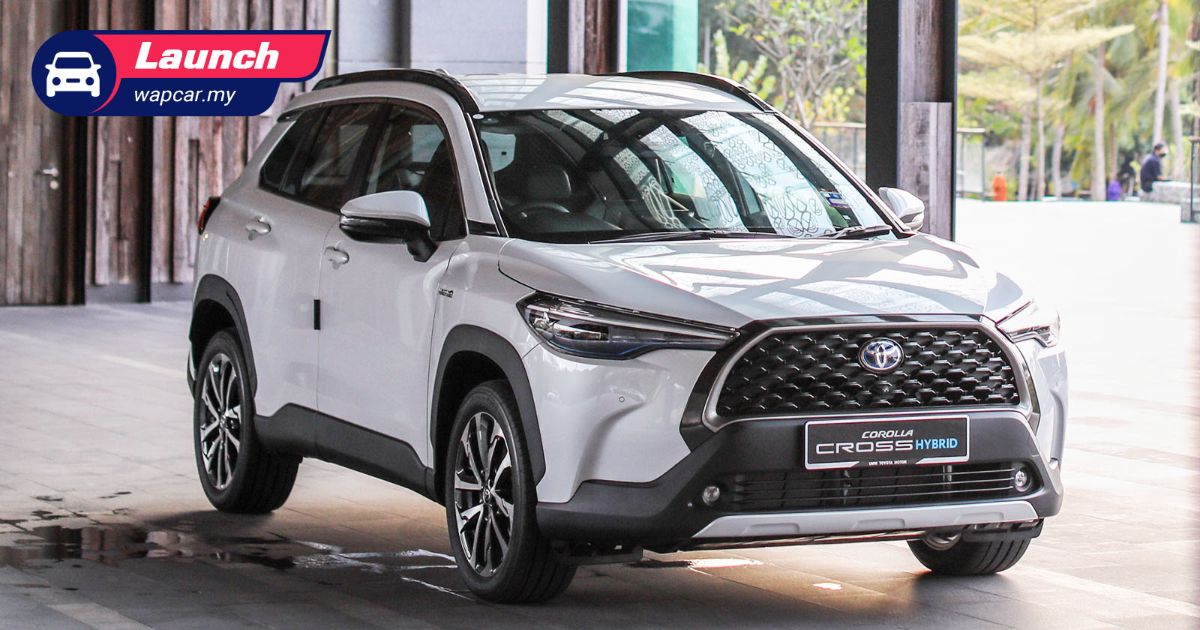 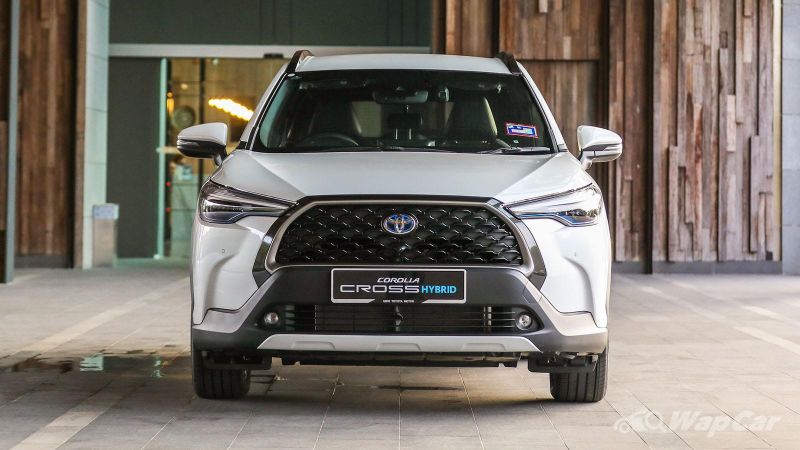 You've seen the teasers, and finally it's here. UMW Toyota Motor (UMWT) has officially launched the locally-assembled (CKD) Toyota Corolla Cross Hybrid in Malaysia. UMWT has announced that the hybrid Corolla Cross retails for RM 136,550 (on the road without insurance, SST exemptions applied). 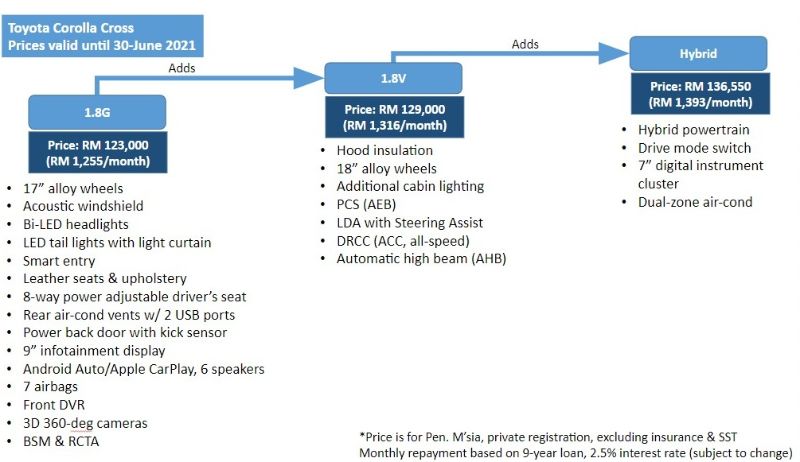 What's so special about this one? 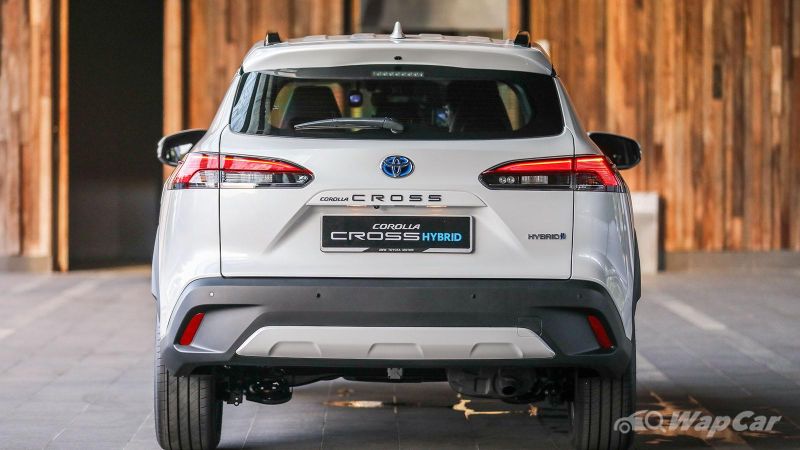 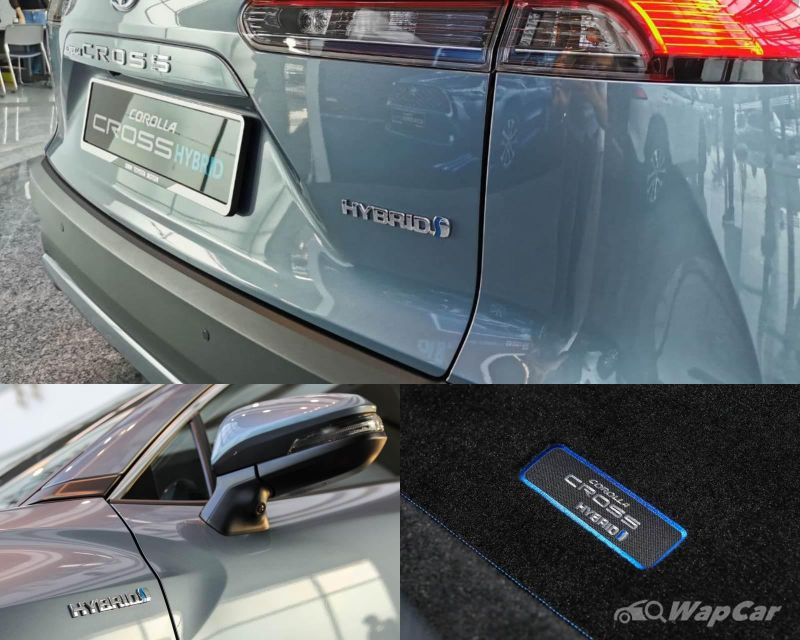 From the outside, what sets the range-topping Hybrid variant apart are variant-specific Bi-LED headlights with blue accents, a Hybrid emblem on the fenders and tailgate. CKD variants of the Corolla Cross also get roof rails as standard – something the initial imported (CBU) batches didn't have.

Also read: Half the Harrier's price, is the Toyota Corolla Cross only half as good, or better? 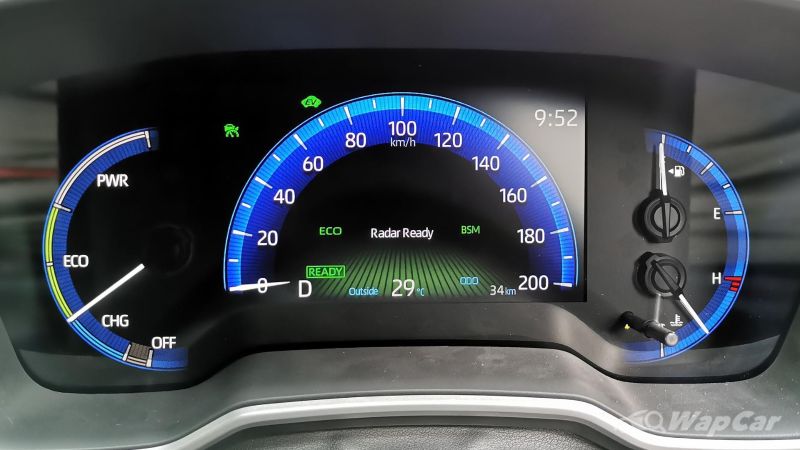 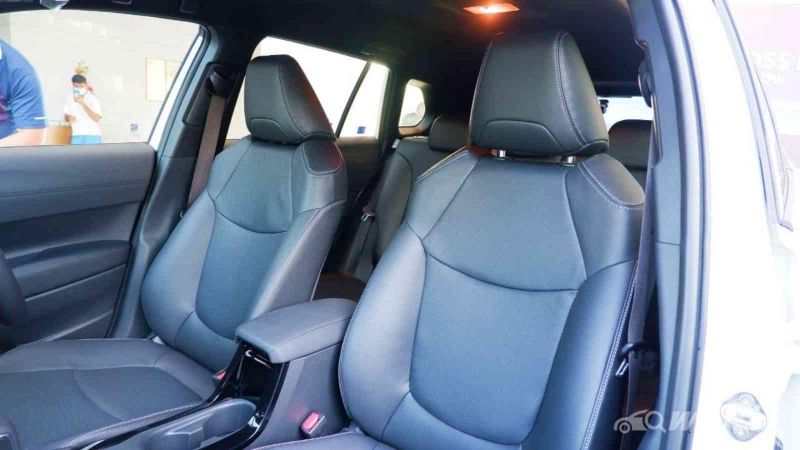 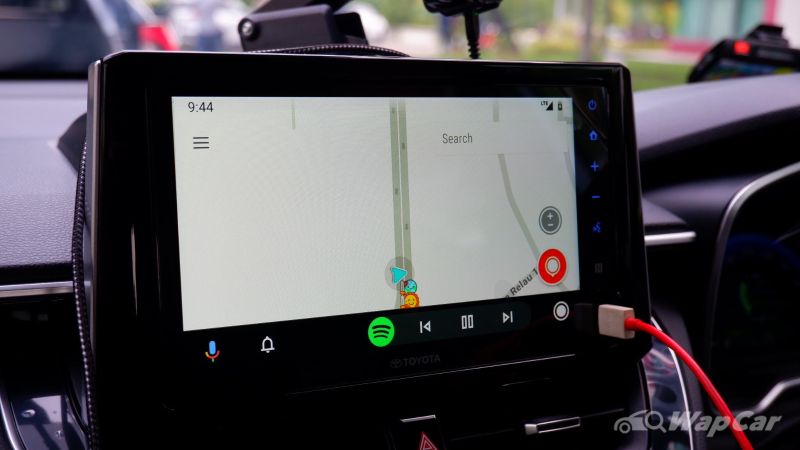 Like its petrol siblings, there's a 9-inch infotainment display with Android Auto and Apple CarPlay support routed through a 6-speaker system. And no, the Corolla Cross Hybrid does not get an electric parking brake (EPB) too, still a foot-operated affair here.

Owing to some clever packaging, Toyota has managed to place the Corolla Cross Hybrid’s battery pack under the rear seats. Thus, the Corolla Cross’ boot space is 440 litres across the range, regardless of variant. All variants also get a space saver spare tyre. 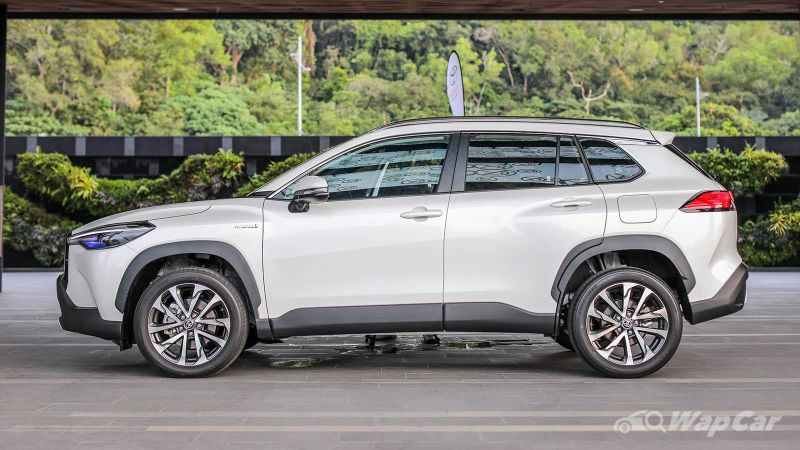 On the safety front, the Toyota Corolla Cross Hybrid ships with 7 airbags, and the full Toyota Safety Sense ADAS suite, packing features like: 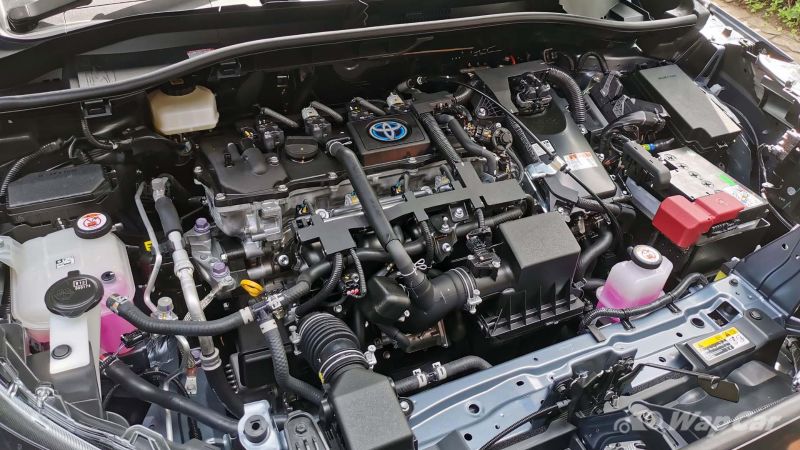 The Corolla Cross Hybrid is powered by a 1.8-litre 2ZR-FXE Atkinson-cycle 4-cylinder petrol engine (98 PS/142 Nm) which is paired to an electric motor (72 PS/163 Nm), giving a total combined output of 122 PS. Drive is channelled to the front wheels via a e-CVT automatic transmission. 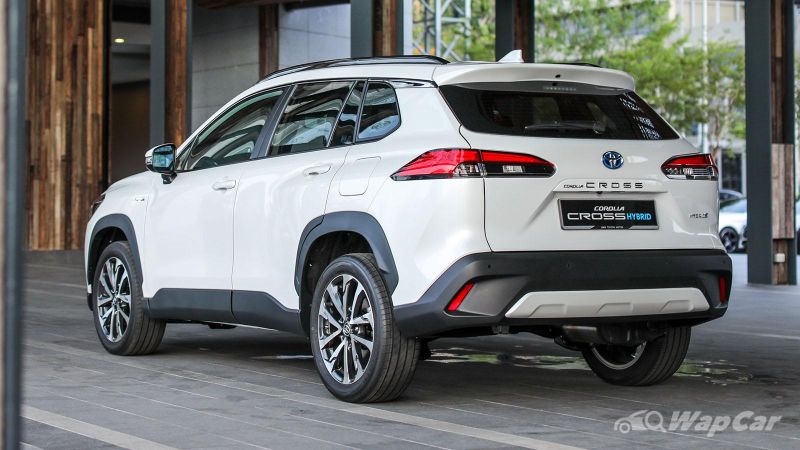