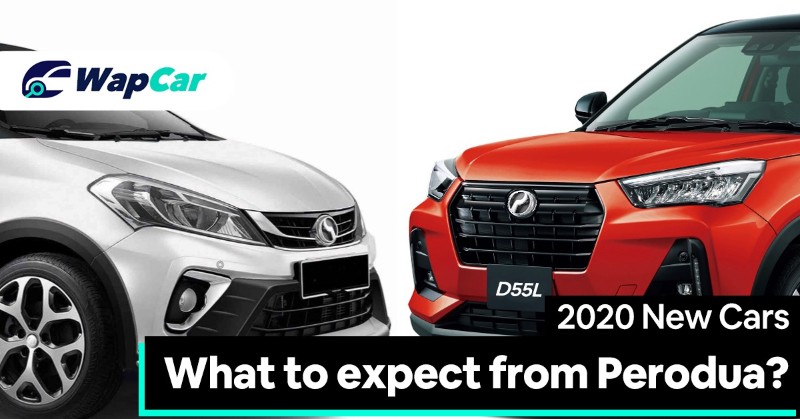 After the debut of the 2020 Perodua Bezza, Malaysia’s number one car manufacturer isn’t slowing down just yet.

Over the next few months, Perodua is expected to introduce at least two new models.

The first is the SUV-fied version of the Myvi, which is said to receive styling cues inspired by the Axia Style.

Expected to be called Myvi Style, the new variant should be receiving SUV-inspired front and rear ends, fender extension pieces, and unique wheels.

First previewed as the Daihatsu Rocky at the 2019 Tokyo Motor Show, the D55L could mark several firsts for Perodua, including the new Daihatsu New Global Architecture (DNGA) platform, a 1.0-litre turbocharged 3-cylinder engine, and a CVT-type automatic.