HomeNewsHonda CR-V vs VW Tiguan, which is the better SUV? Honda CR-V vs VW Tiguan, which is the better SUV? 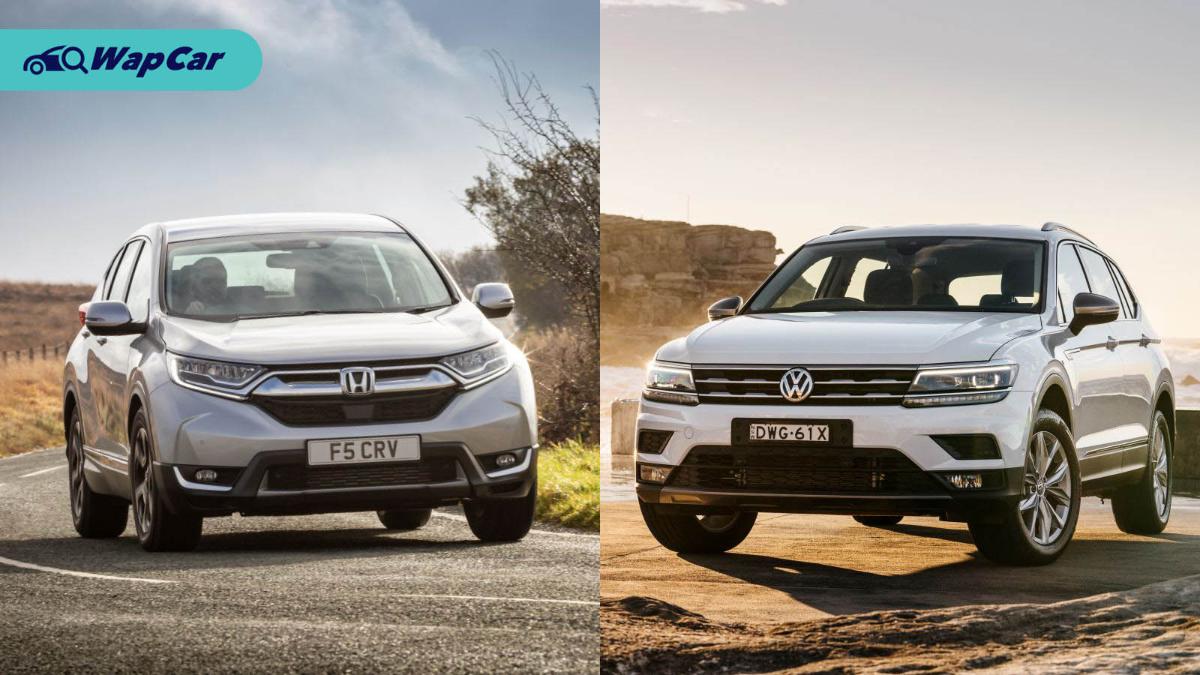 The C-segment SUV is one category that is tightly-contested in the Malaysian marketplace. There is plenty of talent in the products that are on offer, each with their unique strengths and appeal. Be it performance, fuel efficiency, or space, there is one SUV that can meet your needs.

Today, we take a deeper look at 2 of the more popular SUVs in the C segment, the Honda CR-V and the VW Tiguan. It’s Japan versus Germany, East versus West, but which is best? 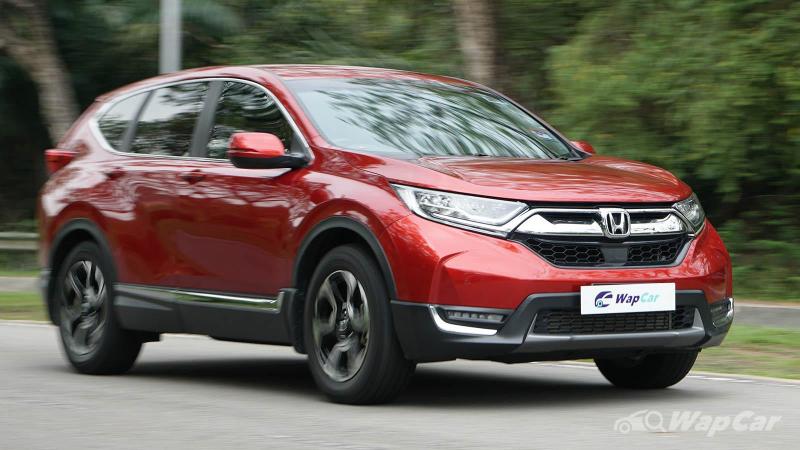 The Honda CR-V is, one of the mainstays of this segment, and with good reason. It’s spacious, well-packaged and generous on specs. It possesses a confidence wrought from 5 generations of perfecting this recipe. 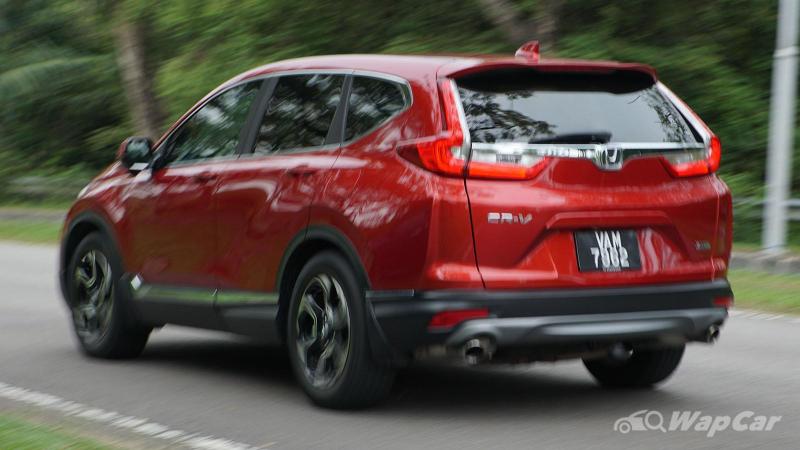 Looking at the exterior, you wouldn’t call it an elegant car, but it does have an imposing road presence, and that’s enough for most buyers. To my eyes, the design is rather adventurous, so at least it doesn’t look boring.

Moving to the inside, this is where Honda does its best work. You will find an interior that just oozes space, and well-thought-out storage solutions. Put it plainly, if space and utility is your primary priority in an SUV, you’d be hard-pressed to find any car that does it better than the Honda CR-V. 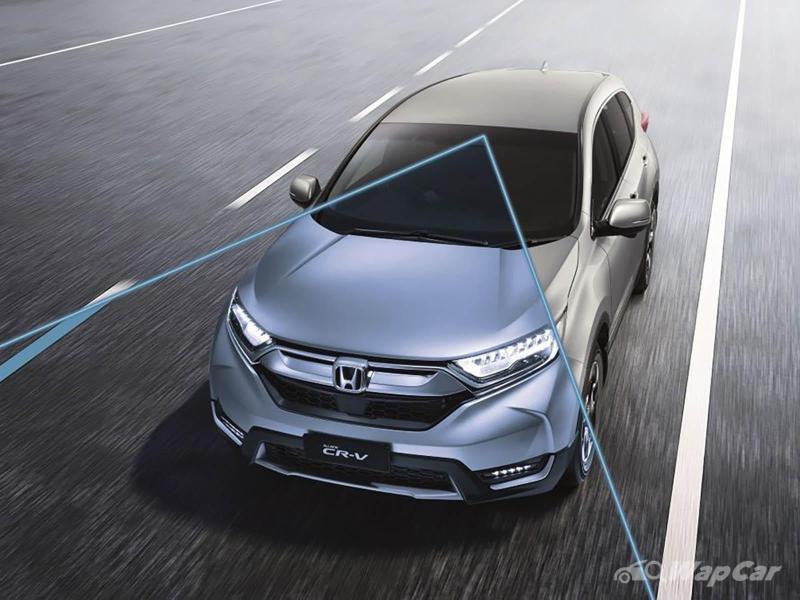 Features-wise, the CR-V definitely has an edge, because it comes loaded with Honda Sensing (only available in the TC-P variant), Honda’s suite of Advanced Driver Assistance Systems (ADAS). This makes an already-compelling package, even more complete. Make no mistake, Honda Sensing if one of the CR-V’s biggest trump cards, and I rate it rather highly. 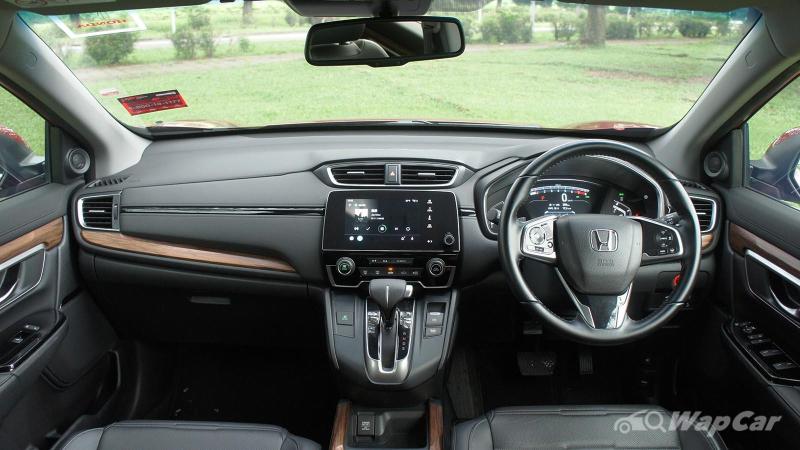 The infotainment system also comes ready with Apple CarPlay and Android Auto integration. This will definitely appeal to the tech-savvy buyers. Beyond just having the feature, it’s well-executed and user-friendly, if a little clunky.

Behind the wheel, the CR-V is solid but unspectacular, but that’s definitely acceptable for a car of this ilk. Its 1.5-litre VTEC Turbo engine (193 PS, 243 Nm) feels more than up to the task, if only blunted ever so slightly by its CVT transmission. 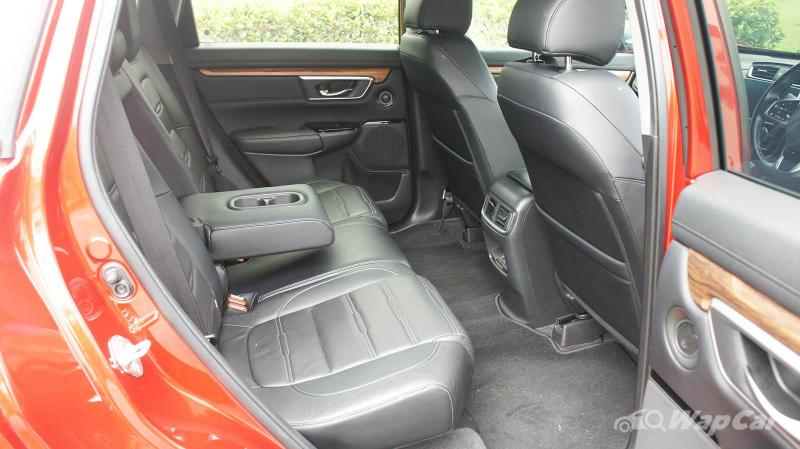 On the move, the CR-V feels pliant and comfortable, due to the soft nature of its suspension tuning and high-profile tyres (235/60 R18). Therefore, it feels more at home doing highway runs than dancing twisty roads. For its intended audience, there’s nothing wrong with that. 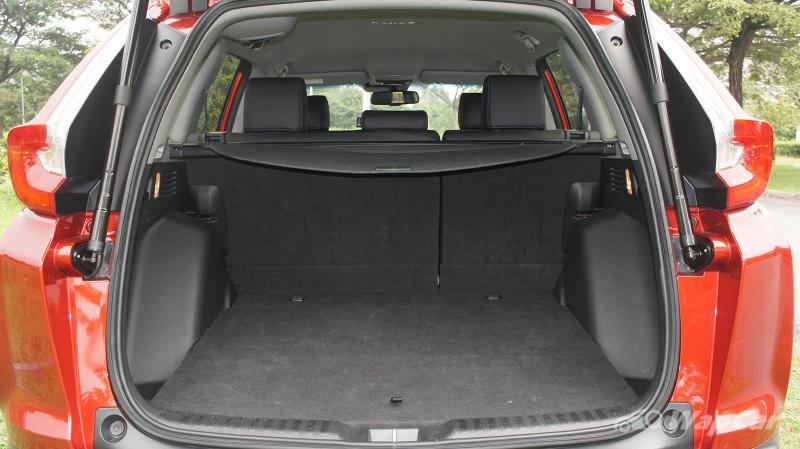 All that said, there are things to dislike. For starters, there are certain parts of the cabin that reeks of iffy build quality (eg the plasticky gearknob and squeaky front center armrest). Furthermore, the cabin isn’t as well-insulated as it should be.

All in all, the CR-V is definitely a compelling option, and one that I’d happily recommend. 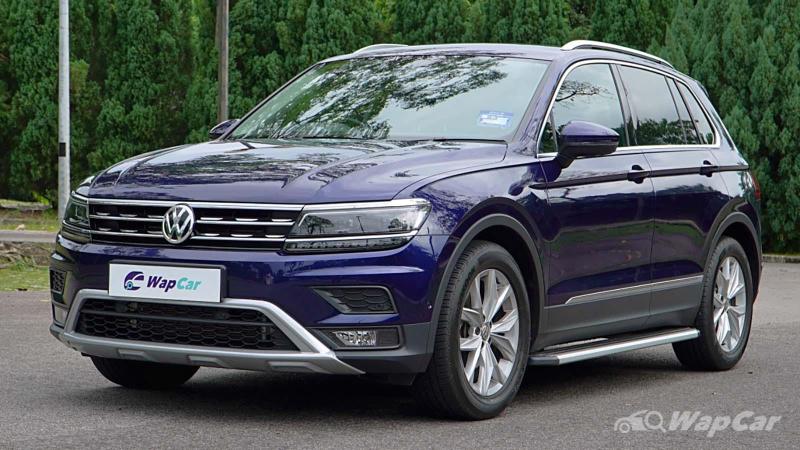 Not so fast, though. The VW Tiguan brings Euro flair to the segment, and is all the better for it. Does it have what it takes to give the CR-V a run for its money? 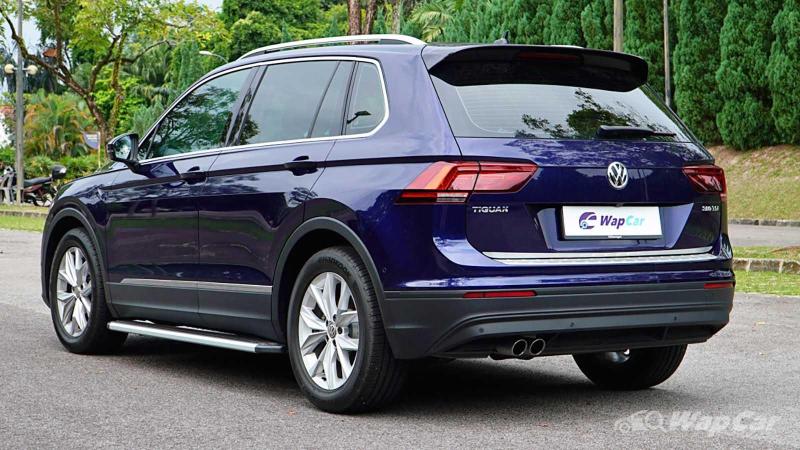 From the outside, there is an understated charm to the Tiguan’s exterior. It doesn’t shout at you, but it definitely has clean, alluring lines. Overall, it looks less clumsy compared to the Honda. 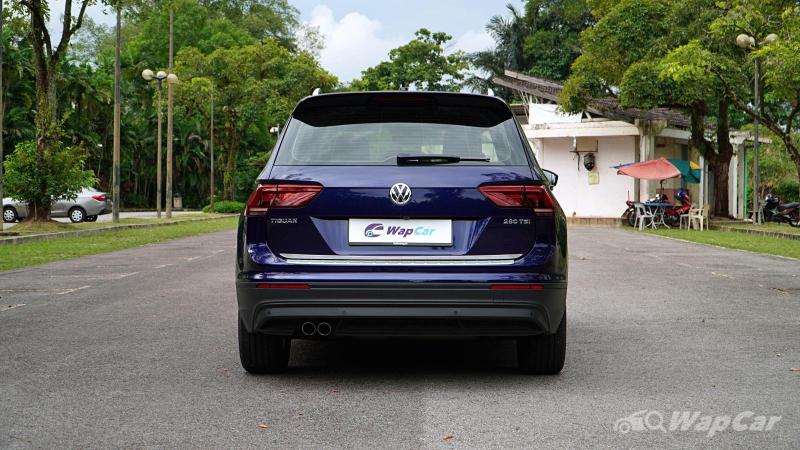 The understated theme continues in the cabin. The interior is very restrained, and sombre to an extent, but that is how Teutonic cars are usually. That means all the controls have a solid heft to them. The build quality also feels a notch higher than the CR-V. 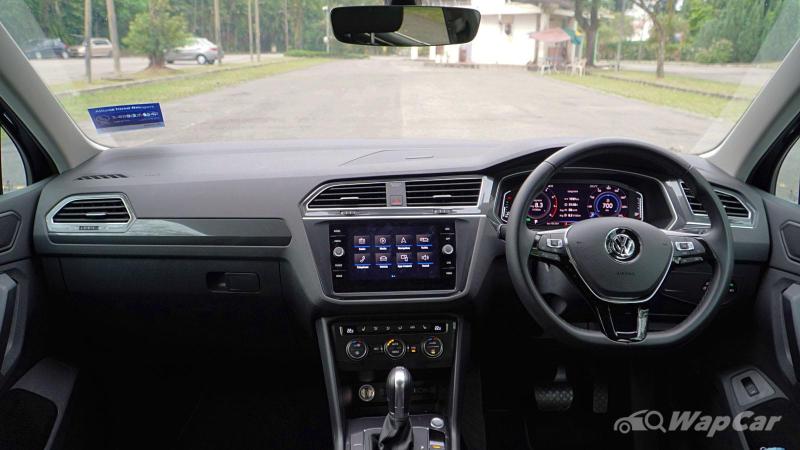 Moreover, whilst there are more than adequate storage solutions inside, the Tiguan falls short of the CR-V’s ingenuity. The Tiguan’s interior packaging is good by any measure, but the CR-V's is great.

Apple CarPlay and Android Auto is also available in the Tiguan’s infotainment system. I’ll even go one further to say that the Tiguan’s ‘Discover Media’ system is more fluid and intuitive compared to the CR-V’s equivalent. That is impressive indeed. 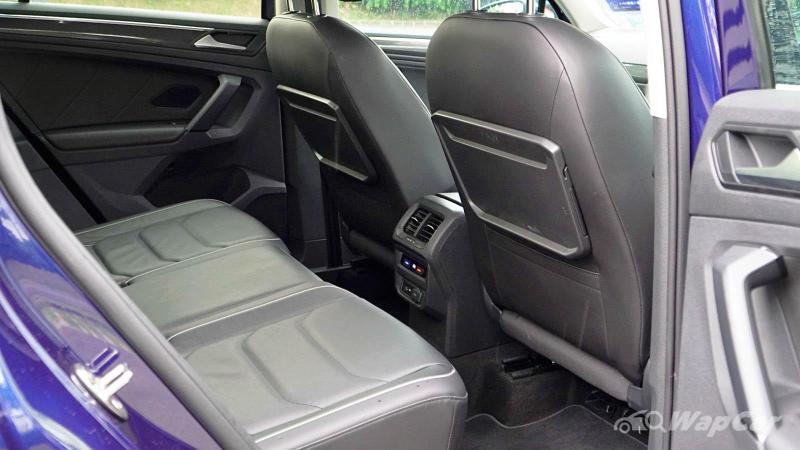 But, the biggest Achilles heel of the Tiguan by far is the lack of any form of ADAS, even in the range-topping model. For shoppers in this segment, this is quite a big deal, seeing that these cars will mainly see a lot of family duty. Hopefully, the forthcoming facelift Tiguan will come with ADAS. 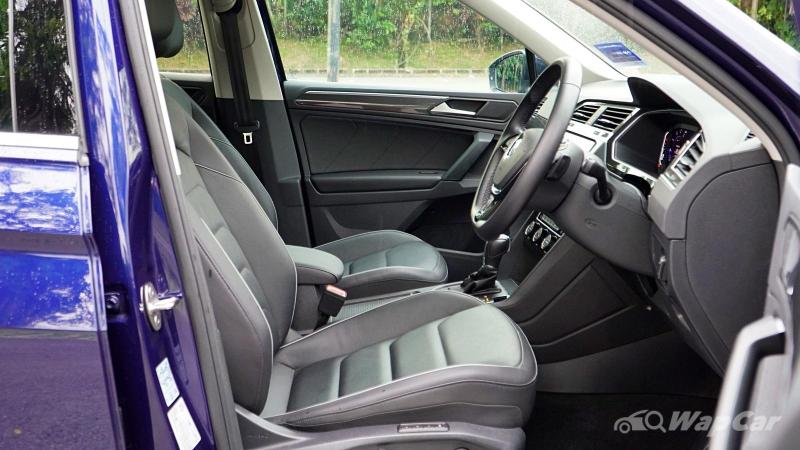 Jumping into the driver’s seat, the Tiguan brings its own distinct personality to the driving experience. In short, it’s expertly damped, with a firm but still-comfortable balance to the ride. In a word, composed. 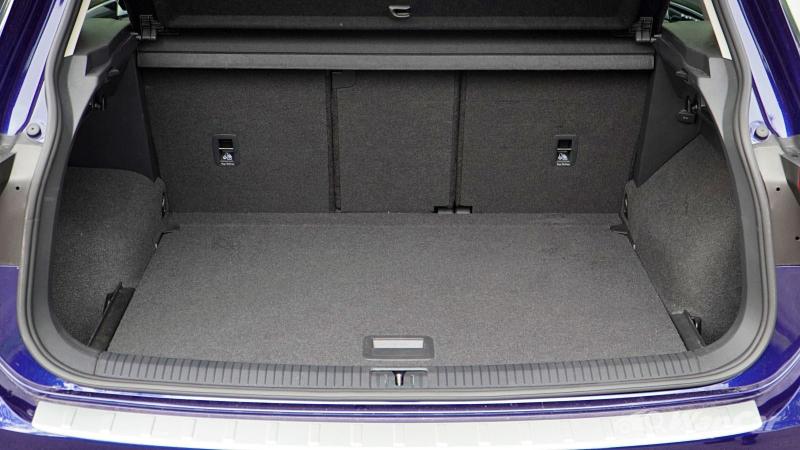 Again, being a family-oriented SUV, it’s not the last word in handling (doesn’t need to be), but it’s predictable, surefooted and feels more confident than the Honda.

Adding to the composed nature of the Tiguan, is very good levels of noise insulation. There is a certain maturity to how the Tiguan operates.

However, the Tiguan's power delivery isn't as punchy as the CR-V, as its 1.4-litre TSI (150PS, 250 Nm) engine is down on the performance stakes. The 6-speed DSG gearbox is the sweeter transmission, but it doesn't have much to play with. 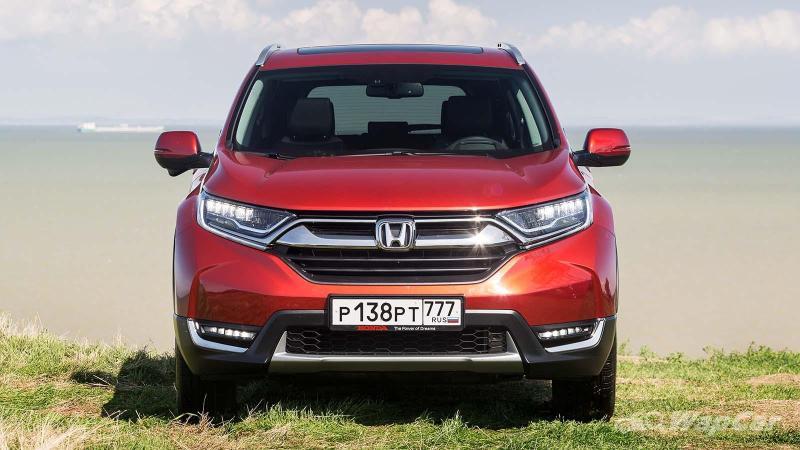 The ever-burning question is as always, which one should you choose? There’s never a straightforward answer. If the priority is space, practicality and utility, then the CR-V gets the vote all the time.

It just possesses that innate ability to swallow up everything a family can throw at it, and more. Long road-trips just feel effortless in the Honda CR-V. 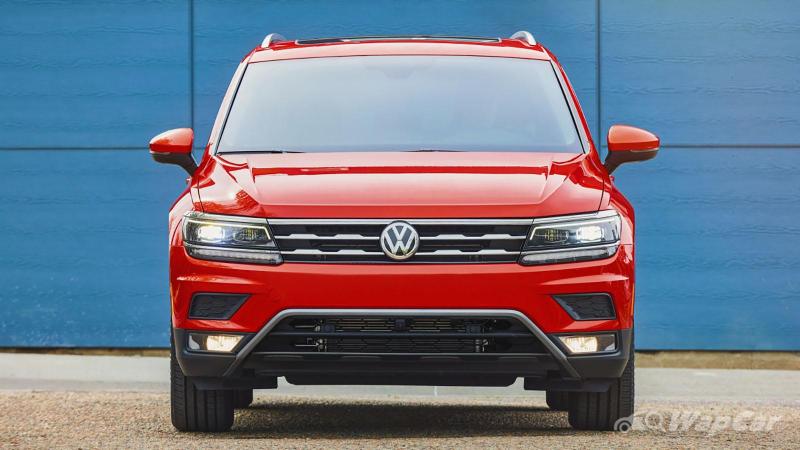 Conversely, the Tiguan speaks to a different crowd. It’s the more stylish, elegant-looking option, with a more polished driving experience. Couple that with a slick-looking interior, the Tiguan cossets you in a way that the CR-V doesn’t.

Once more, it’s important to remember, there is no such thing as a perfect car, only a car that meets your needs and wants. End of the day, you won’t go wrong choosing either of these 2 cars. Personally though, I'd plump for the Honda CR-V, simply because it ticks so many boxes for the asking price.