Toyota GR Sport models to be launched in Malaysia soon? 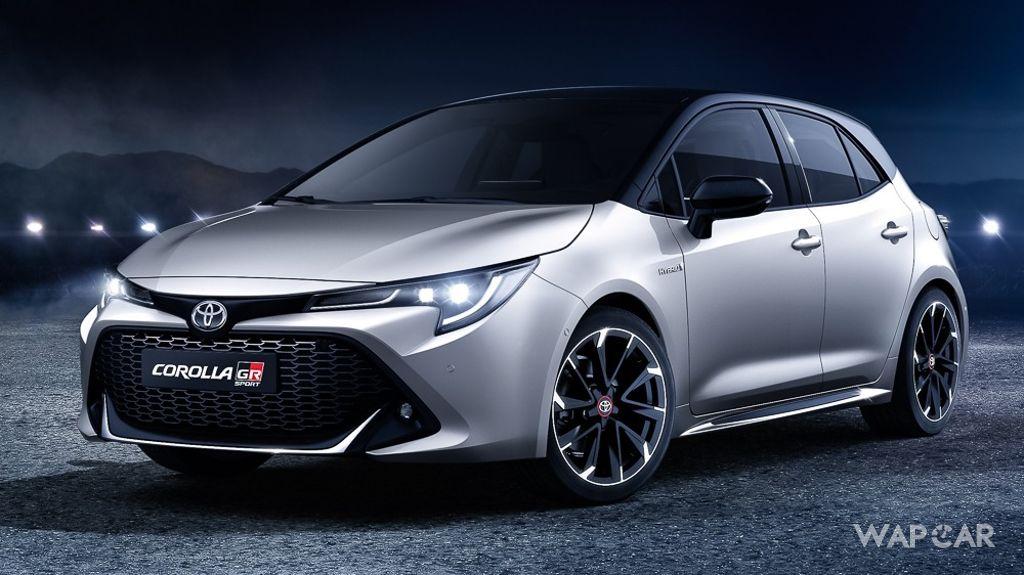 GR Garage, in a nutshell, is a specialised outlet that immerses the visitors with all things Gazoo Racing (GR). In there you can find GRMN and GR Sport vehicles as well as genuine aftermarket tuning parts for your Toyota. 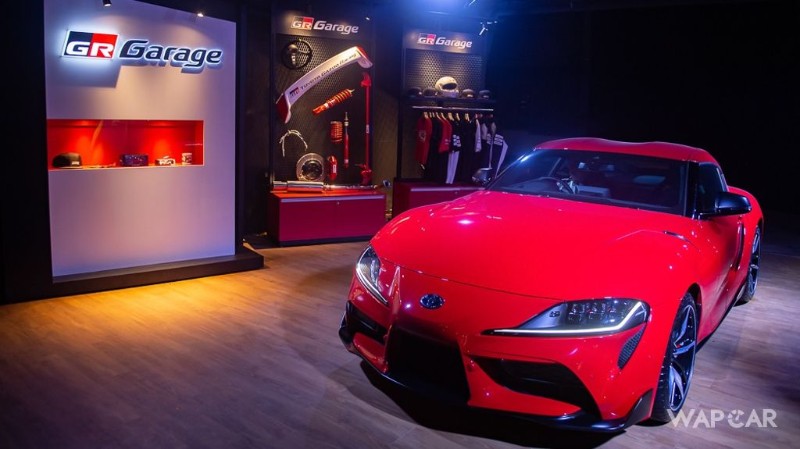 The idea of GR Garage is to establish a close relationship with motorsports enthusiasts and customer enthusiast by exposing them to the motorsport activities Toyota is involved in: Le Mans, World Rally Championship, Dakar Rally, Nascar, Nurburgring 24 Hours, just to name a few. 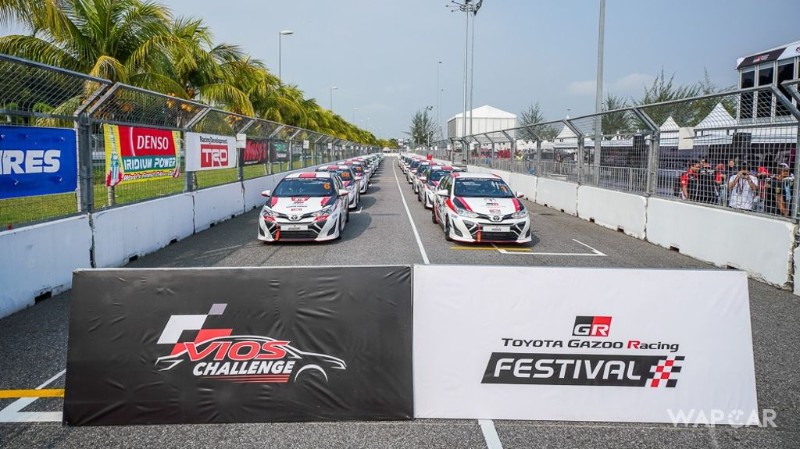 This motorsports-driven initiative is led by Deputy Chairman and Chief Motorsports Officer (yes, it’s a thing) of UMWT, Akio Takeyama who happens to share the same first name and passion in motorsports as President of Toyota Motor Corporation (TMC), Akio Toyoda.

What Is Toyota GR Garage?

Unlike in Japan where the GR Garage operates in standalone outfits, Malaysians can get to experience GR Garage within the outlets of selected Toyota dealers. This shop-in-shop operation although not as glorious as those in Japan, UMWT promises that customers will also get the same, unique GR experience.

To maintain the pure ethos of GR, UMWT has scrutinised its network of dealers and appointed those who not only have experience in motorsports programmes, but also a high regard for the sport. 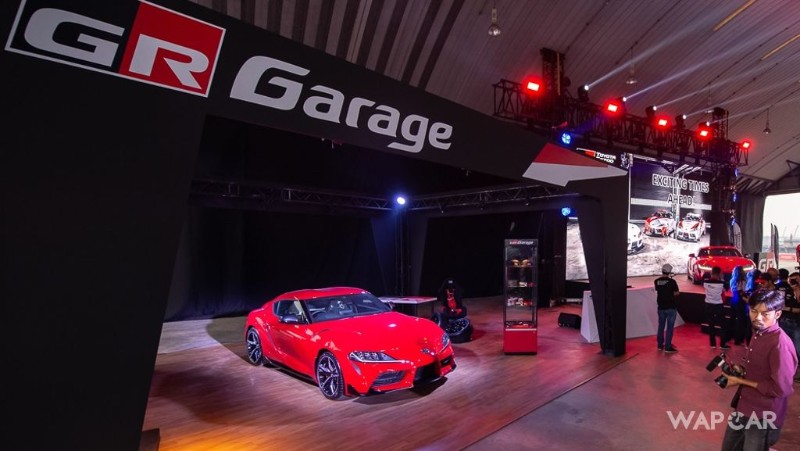 What Can Toyota GR Garage Do For You?

Firstly, the all-new GR Supra is sold exclusively at these appointed GR Garages. These are also the only locations with trained personnel that can advise and look after you on all things GR Supra.

For non-GR Supra owners, fret not, GR Garage still has plenty in store for you. Speaking to General Manager of UMWT, Richi Lim, GR Garage will soon carry genuine GR tuning parts for Toyota models to enhance the performance and driving experience of their cars. 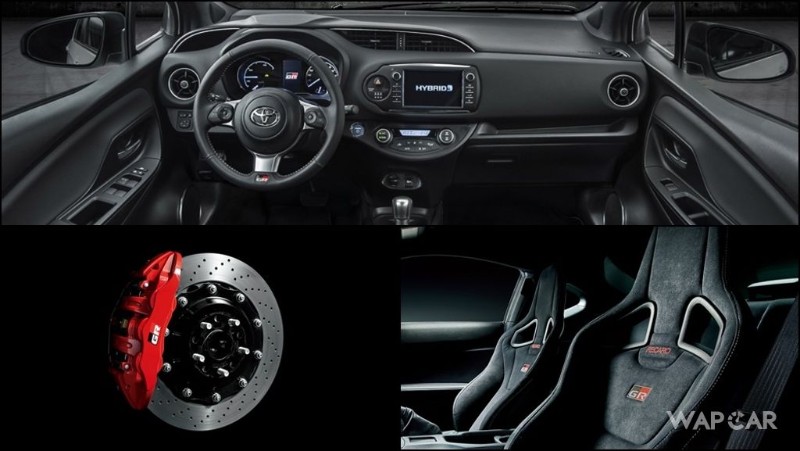 It allows endless customisation for customers from aesthetic elements to chassis upgrades. Think bigger wheels, big brake kit, suspensions, exhausts systems that are mixed and matched to your exact liking.

Not only that, UMWT gives the freedom to dealers to take the initiative to take on non-Toyota branded parts as long as said part meets the requirements and quality standards of UMWT.

In Japan, Toyota offers GR treatment to a range of models like the 86, Prius and even on the Harrier and Voxy MPV. 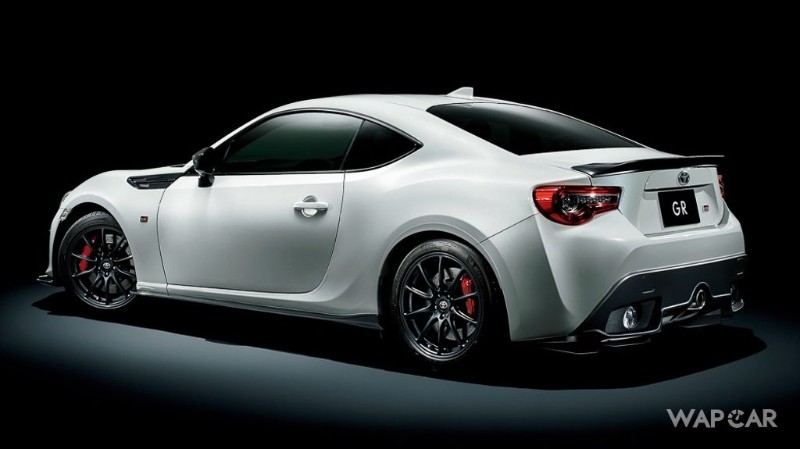 But What About Warranty?

All Toyota vehicles (except the Hilux and commercial vehicle) enjoy a standard 5-Years Unlimited Mileage Warranty coverage. As for cars fitted with aftermarket parts through GR Garage, it’s a little bit tricky.

The short answer is yes, your car is still covered under warranty, but if you do not adhere to the modification advice by GR Garage, that part will not be covered under warranty. For example, if you went with a set of lowering springs (purchased and installed at GR Garage) that results in your wheels to rub the wheel arches, UMWT is not going to provide warranty on wheel arch related defects. 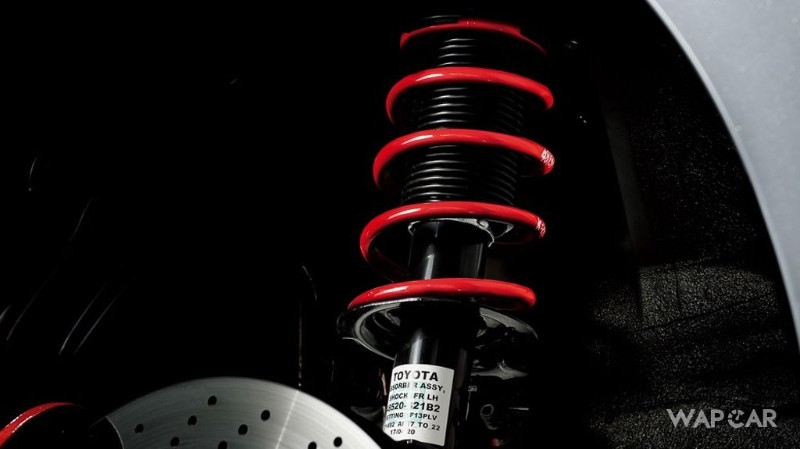 However, be sure to clear the air with your respective GR Garage dealers when making a purchase just to be on the safe side.

What’s The Future of GR Garage in Malaysia?

Moving forward, Lim hinted that there is an opportunity for UMWT to expand the GR model line up as the overwhelming interest in the GR Supra suggests that Malaysian customers have a strong appetite for cars with sporty credentials.

“The halo model of the GR line up is, of course, the GR Supra, that’s a start for Toyota (Malaysia). But we may not continue with the GRMN cars, maybe the GR Sport is a more suitable product for the market,” said Lim. 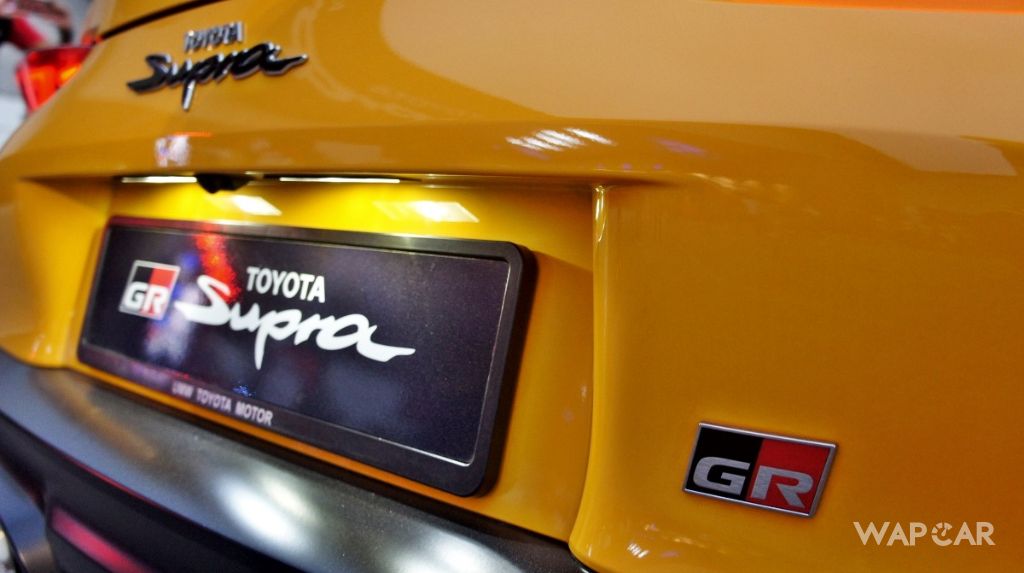 Toyota's hierarchy of GR models starts from the full-fledge GR cars like the GR Supra and moving down to GRMN (limited edition tuned cars), GR Sport (light modification for sportier feel) and GR Parts (individual customisation parts). At this juncture, the GR Sport models are the most accessible to consumers.

So, what are the GR Sport models that Malaysian buyers can expect? If you look back at UMWT’s history, the Vios has been previously offered with a TRD (Toyota Racing Development) variant for many generations. As such UMWT would naturally stick to what they know best.

We can expect the new Vios and Yaris to be the first models to be offered with a GR Sport trim. Although here’s hoping that the Vios and Yaris GR Sport will offer some mechanical upgrades and not merely a cosmetic enhancement.

Overall, the Toyota GR Garage is an immensely exciting initiative from UMWT which not only injects some adrenaline to the so-called “uncle brand”, but also cultivates the passion for motorsports in Malaysia.