Was the Proton Exora pick-up truck a huge missed opportunity?

The Proton Exora, like the current X70, is one of the company’s “why didn’t we build these earlier” moments. For a country with big families and sophisticated tastes, the business case for an MPV almost seemed like a no brainer from the start. Instead, Proton busied themselves with that rolling-tower block on coasters, the Juara. 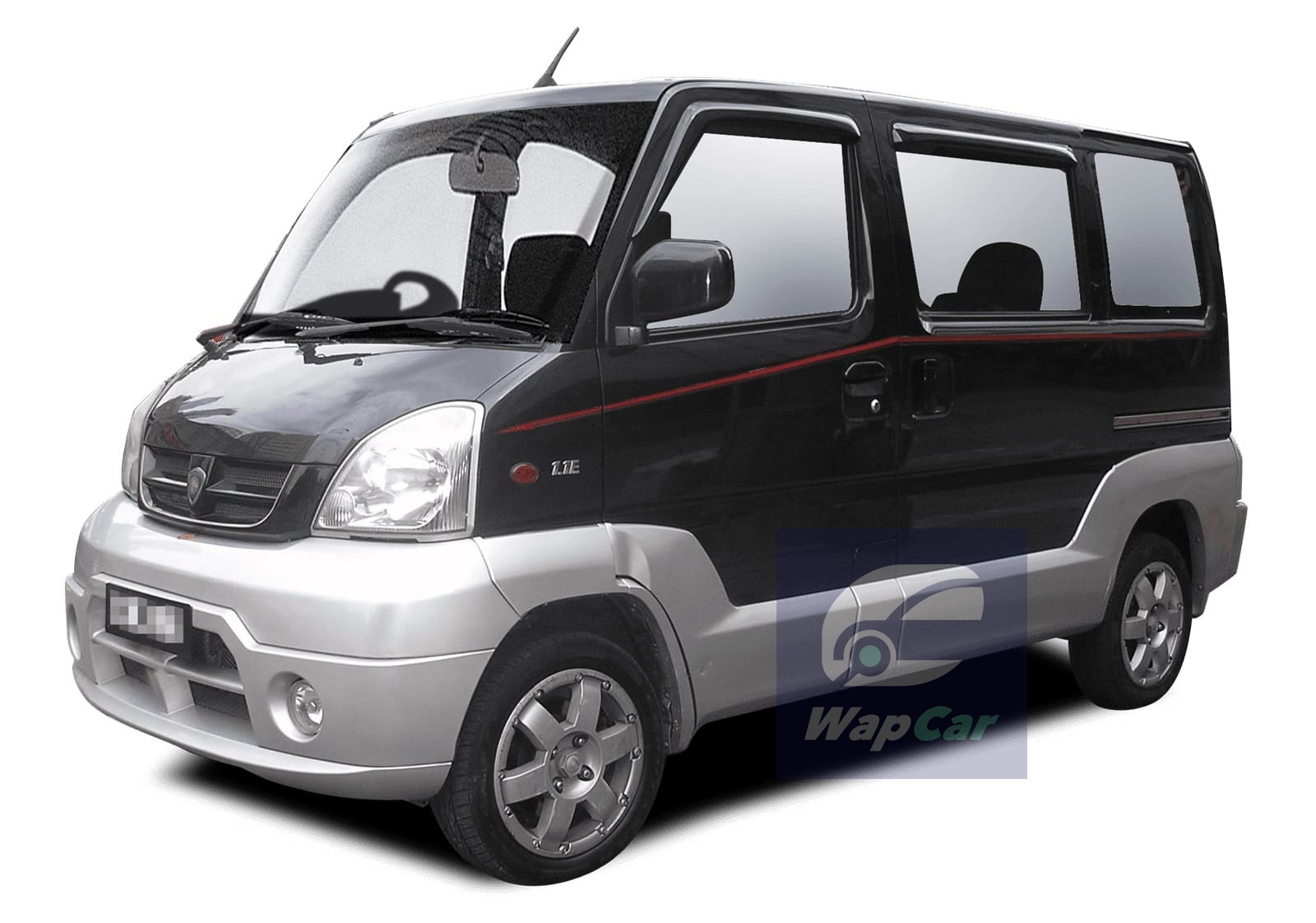 It comes as no surprise that the Exora became a lucrative cash-cow, staying in the market for 11 years and counting. Yes, the Exora’s longevity and popularity might be a case of “beggars can’t be choosers” in Malaysia’s not-so-open market. However, it wasn’t without its merits and it delivered on what Malaysian consumers were looking for. 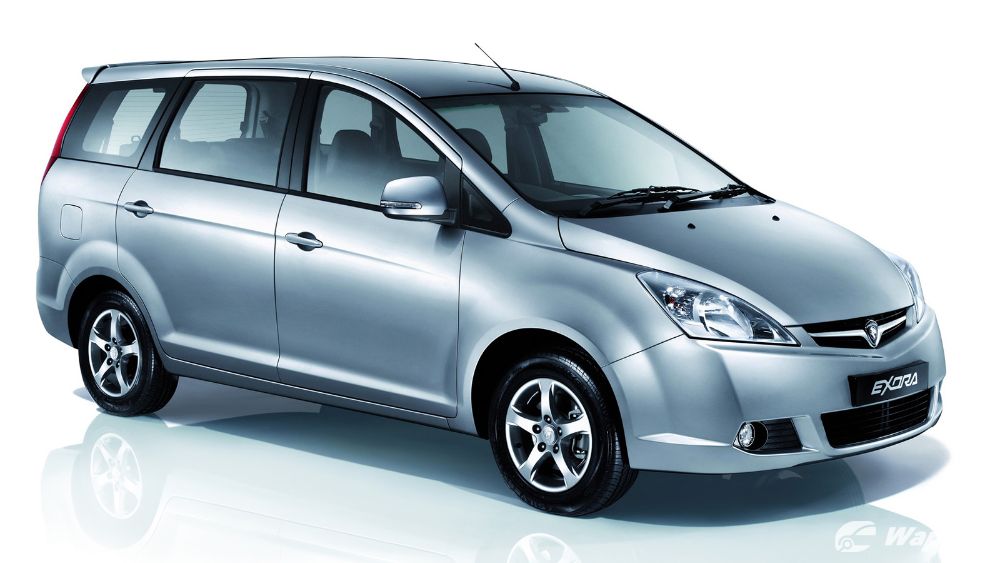 Speaking of what Malaysians are looking for, Proton did another “why didn’t we build these earlier” moments back in 2015 when it teased the public with an Exora-based pick-up truck concept. The concept certainly a show-stopper, resembling a RAM truck styled by the CEO of Americana, Michael Bay. While it was built to entertain the possibility of a pick-up truck, it got everyone nostalgic over the cult-favourite Arena. 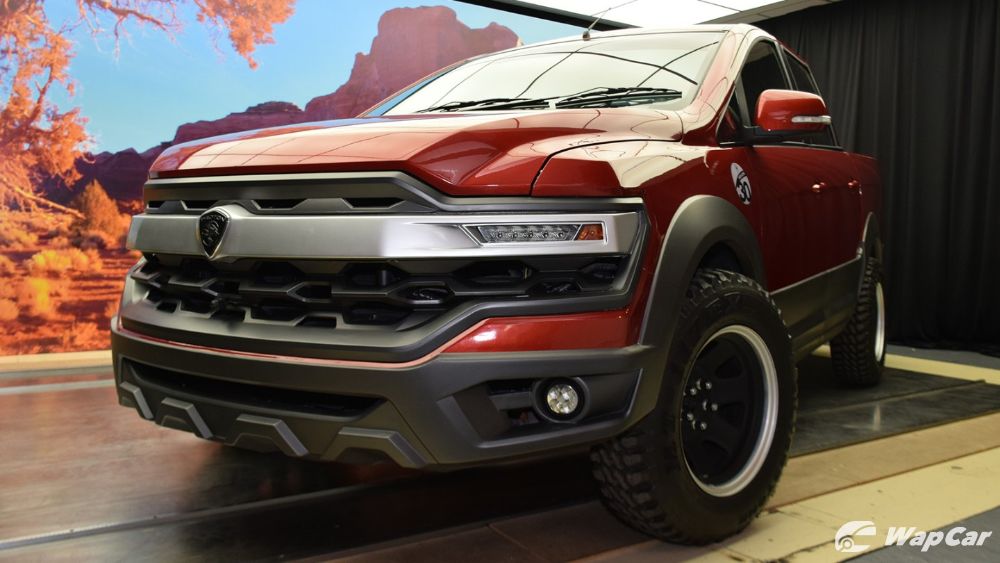 Amusingly, the idea of a pick-up truck based on the Exora isn’t new to Proton. In a surprising moment of foresight, the Exora platform was designed to spin-off a big sedan and a pick-up truck model. A plan which, with the power of obvious hindsight, never came to fruition. 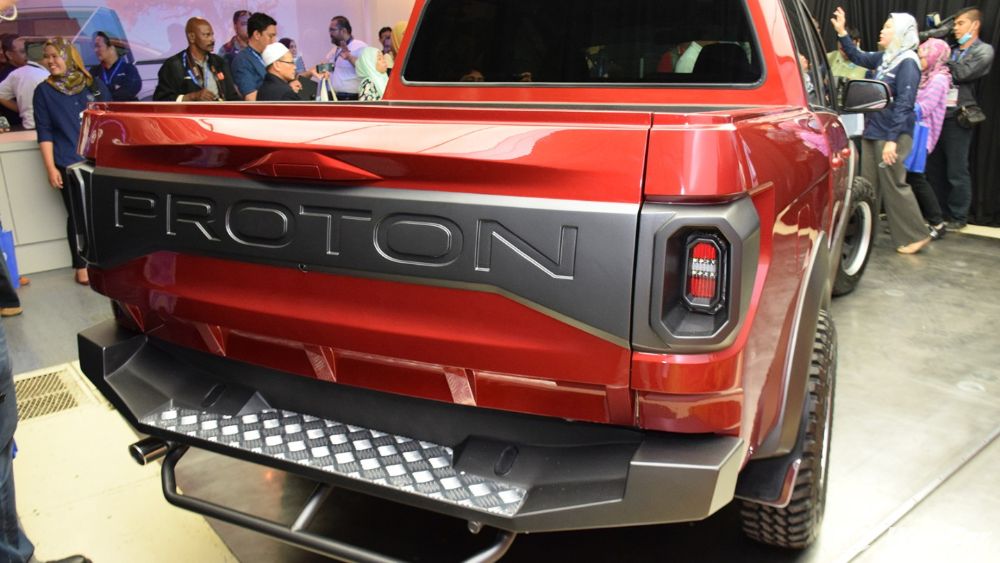 But what would have happened if Proton stuck to their guns in the early-2010s and went ahead with an Exora-based pick-up truck? It is a tantalising prospect, as it would be one of the only pick-up trucks in the world to utilise a monocoque construction. 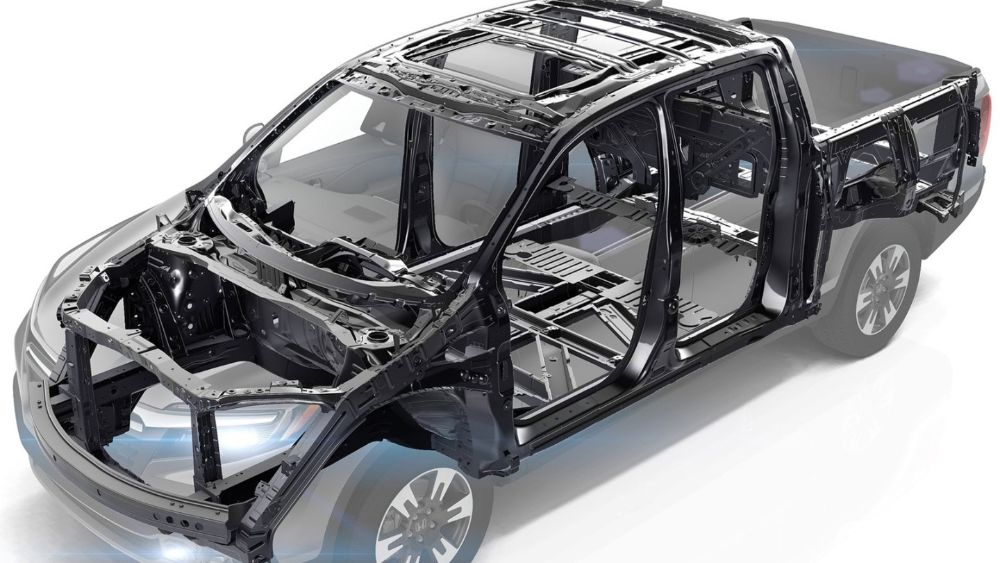 Now, even though it is the current year, there aren’t many pick-up trucks that are built on with a monocoque construction. Almost all pick-up trucks today still employ the ancient method of having a ladder-frame chassis and nailing a separate body on top. Hence the term “body-on-frame”. 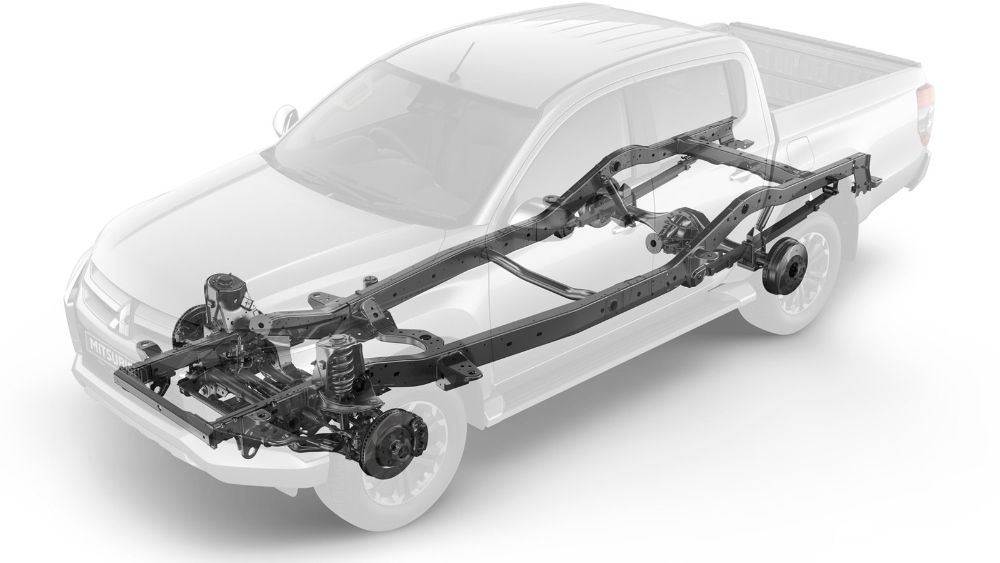 From the Ford F-150 to the Toyota Hilux and the Mercedes-Benz X-Class, nearly every pick-up truck uses a body-on-frame design, except for one, the US-market Honda Ridgeline. 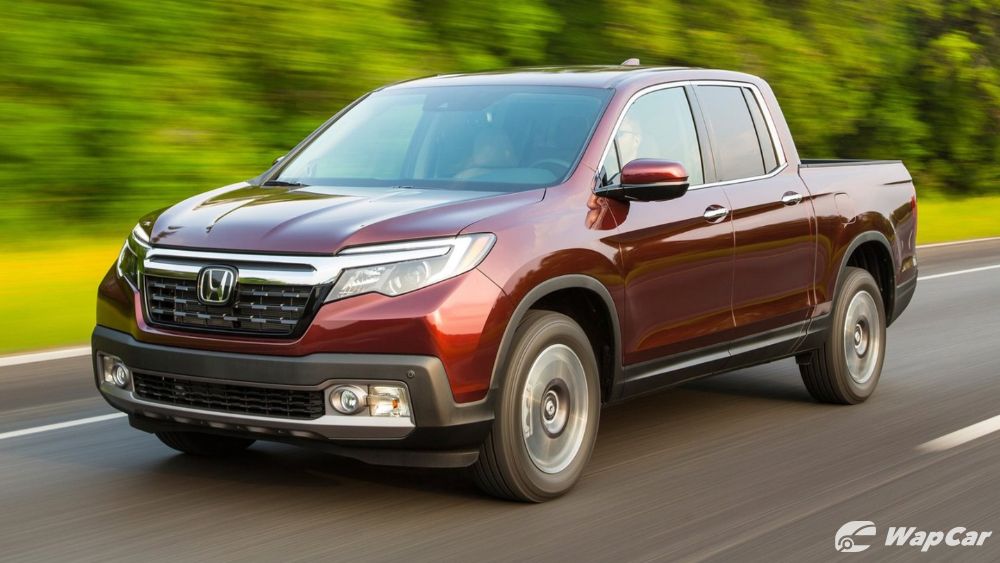 In the near term, Hyundai is the only player coming up with a monocoque pick-up truck in the form of its upcoming Santa Cruz. Tesla will join the party with its monocoque Cybertruck when Elon Musk is finally done throwing his metal balls at it, presumably. 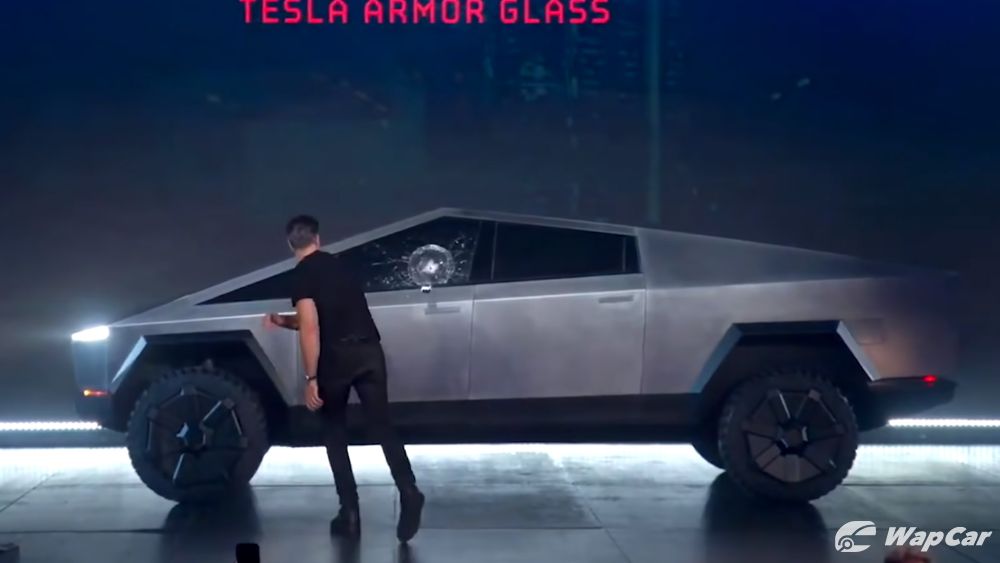 There are several reasons why everyone else abandoned “body-on-frame” designs in favour of monocoques around the end of World War II. Having a complete singular shell allows for better space utilisation, better fuel efficiency, and more refined ride and handling. 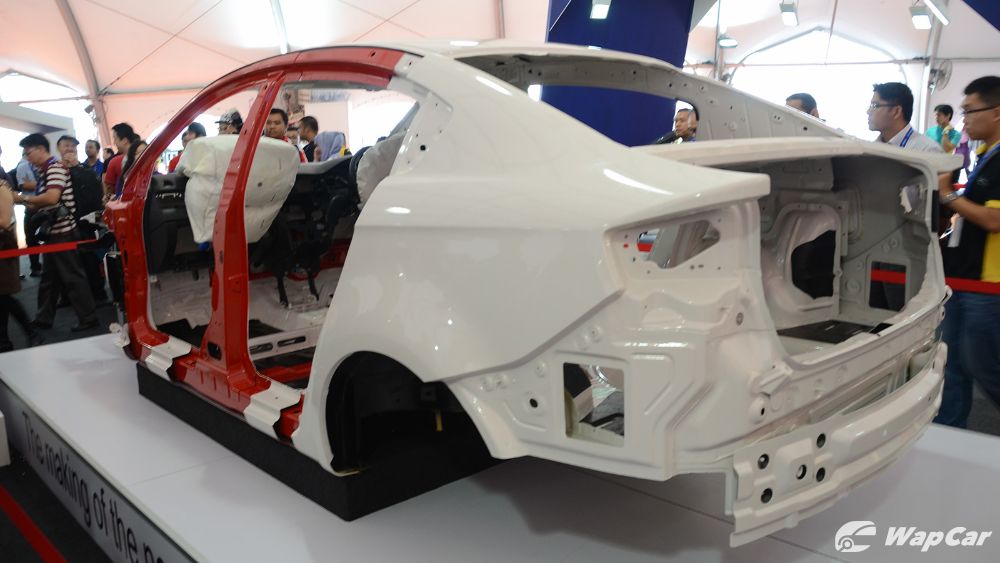 Despite all the engineering advances, body-on-frame designs still have that characteristic disjointed vibration over rough roads. Run a pick-up through a rough patch and it feels as though the top half of the car wasn’t screwed down properly. It is something that comes par for the course of having two separate elements sitting on top of one another.

So why don’t every pick-up truck adopt a monocoque construction? Two reasons, it is cheaper for multiple configurations and the end product is better at towing. 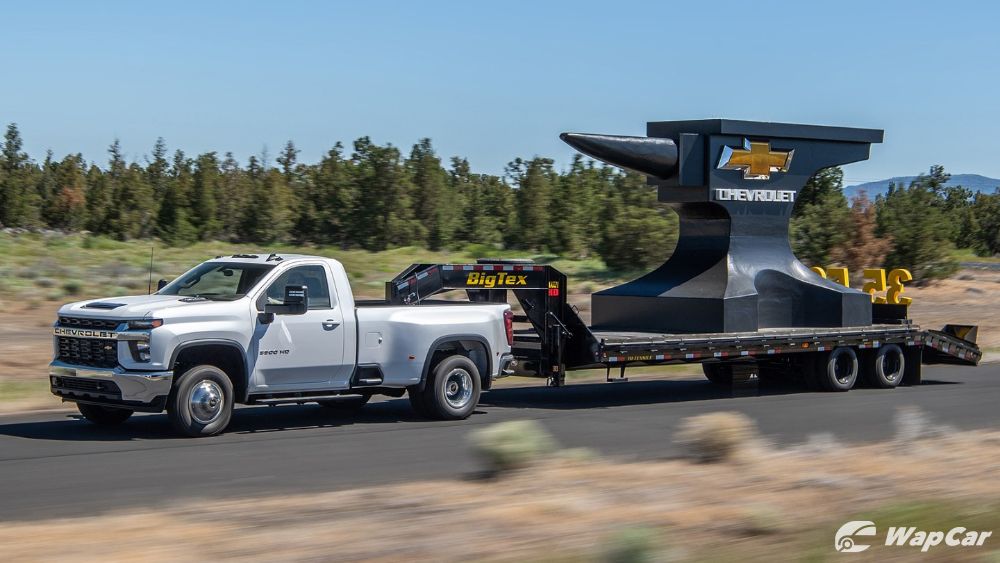 The beauty of body-on-frame is it allows manufacturers to attach different tops to the bottom without having to rebuild different variants in its entirety. Think of it like Nasi Lemak Ayam and Kambing as opposed to Sup Ayam and Kambing. 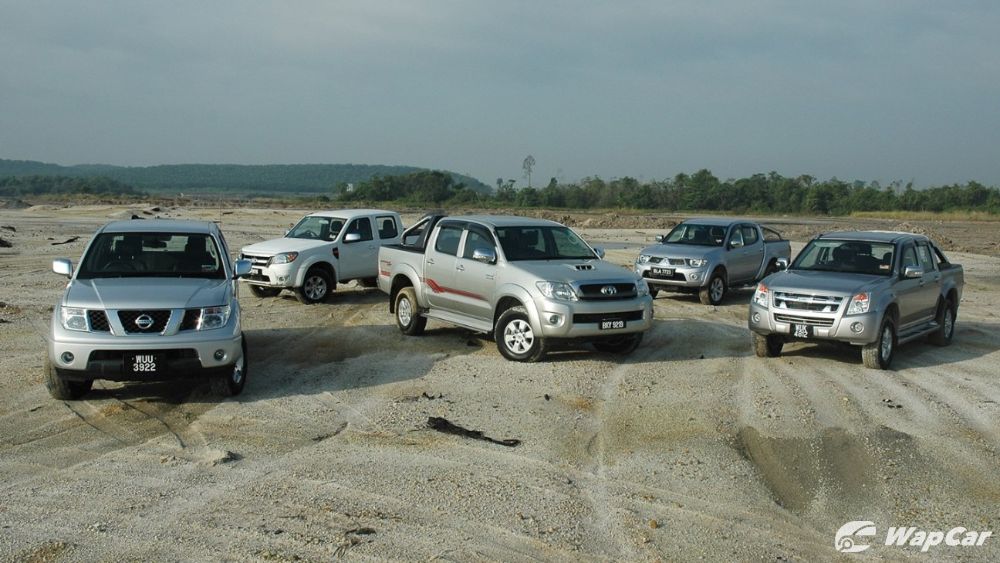 Take the Isuzu D-Max pick-up truck for example. You can have it in a single-cab with the long-bed or a double-cab with a shorter bed. In this case, the frame is the Nasi Lemak and the topping is the cab. As such, you can cook a whole batch of plain Nasi Lemak and serve the chicken and lamb according to demand without having to recook the whole thing. 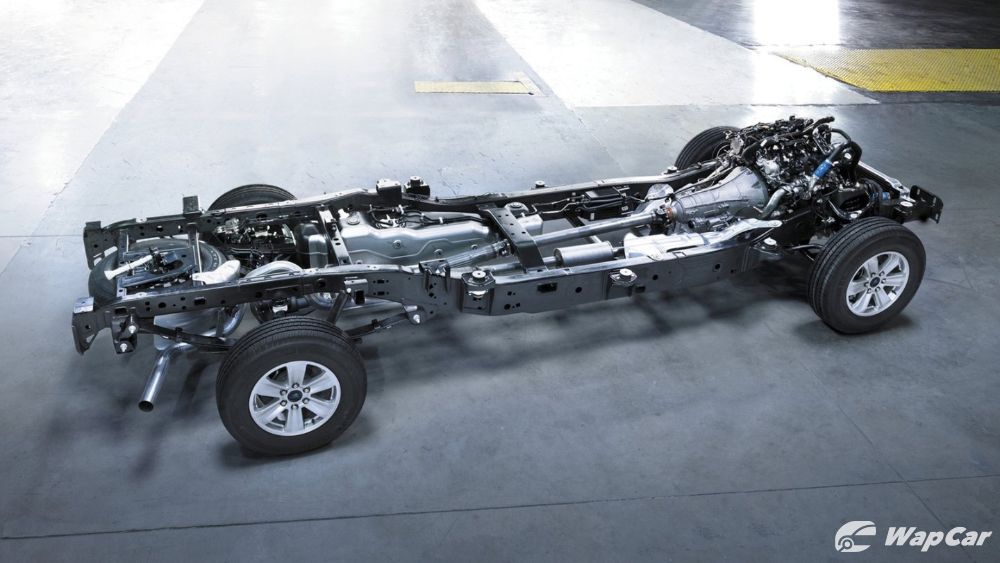 A monocoque follows the soup analogy. You can’t add the chicken or lamb into the cooked broth, it has to be cooked from the start with the ingredients. That means cooking sup ayam and sup kambing in two separate batches, which is more expensive and time-consuming. 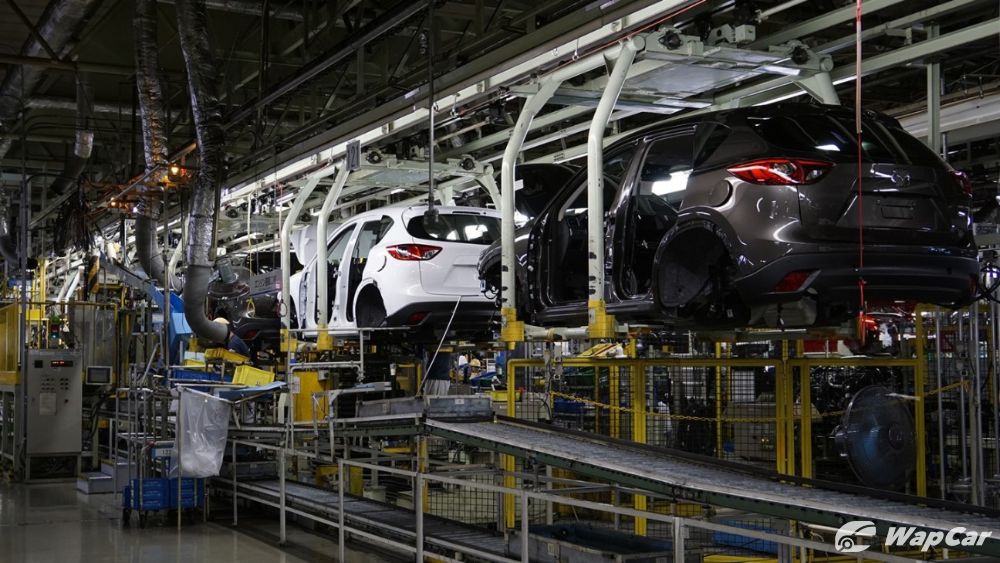 As for towing, pick-up trucks are better since the frame is doing the pulling rather than the flimsy body. Monocoque pick-up trucks like the Ridgeline had to have parts of its structure reinforced to compensate for the lack of a roof and rear pillars. This engineering compromise ironically left the Ridgeline no lighter than its body-on-frame contemporaries. 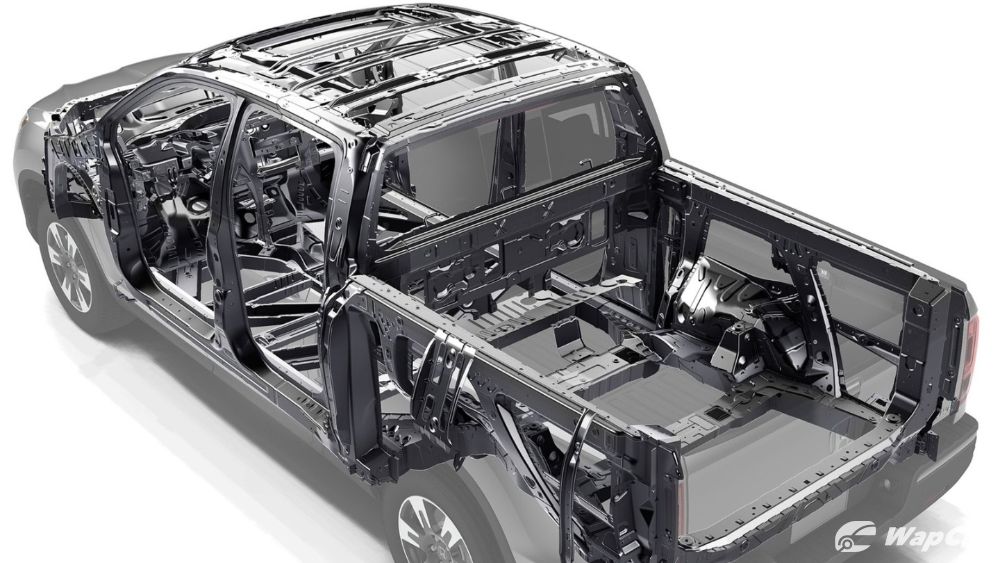 Malaysians don’t do much towing, neither do they do much heavy hauling like the Americans, or the Thais for that matter. On paper, an Exora pick-up would fit the demands of the Malaysian consumer nicely while offering a national alternative to catch a piece of the pick-up trucks’ growing popularity. 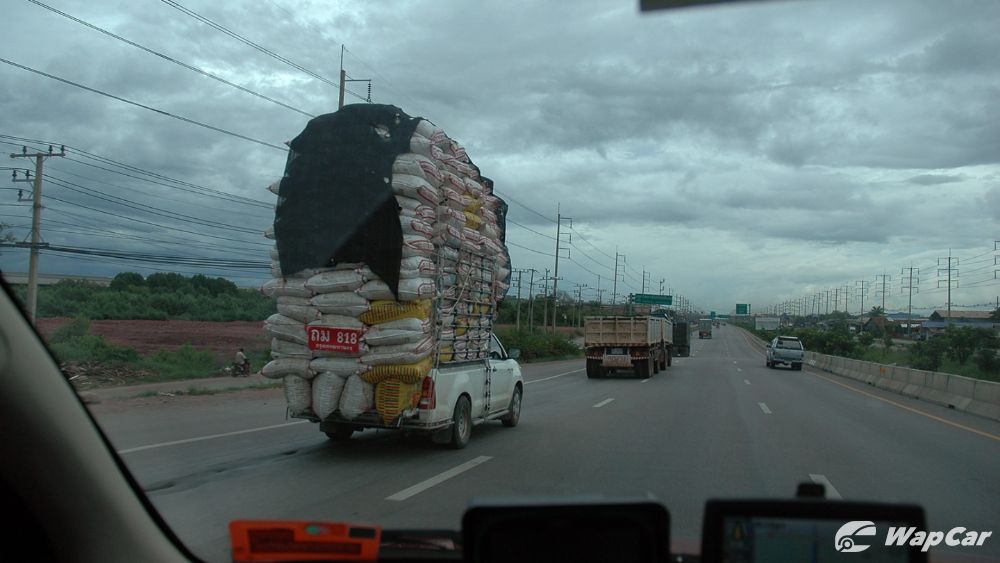 The Thais know a thing or two about hauling

So was it a missed opportunity? No. In fact, Proton should be thankful it dodged a bullet. First off, you cannot describe the Proton Arena as anything but a cult favourite. Which is a kind way of saying it has its fans but sold like the Juara. 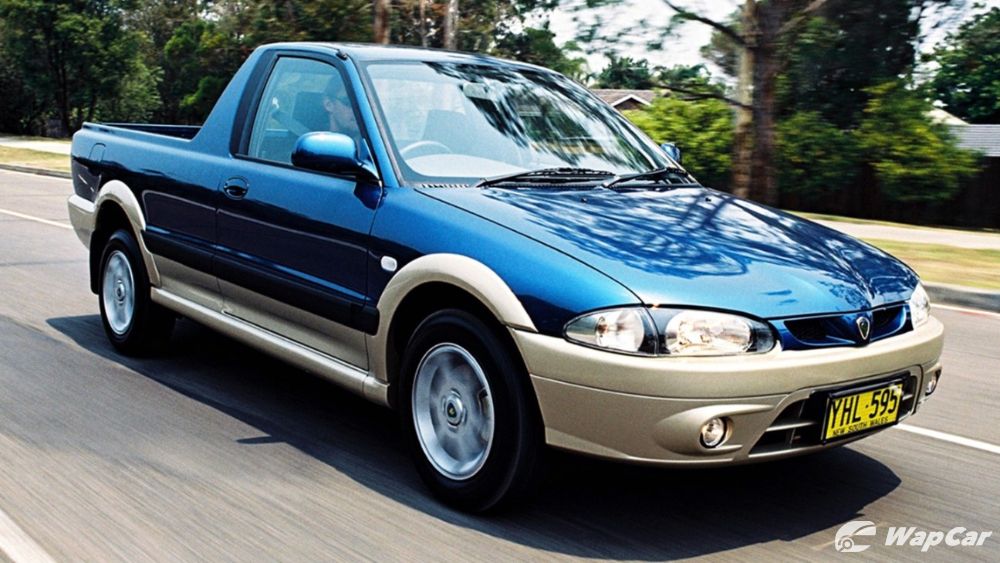 The only bright spot in the Arena’s history was that it well-received - well better than the rest of Proton’s products - in Australia. The Arena owes its niche appeal to it being a compact fuel-efficient alternative to the already familiar gas-burning unwieldy Ford and Holden utes. It is highly unlikely that an Exora-based version would fare any better domestically or abroad. 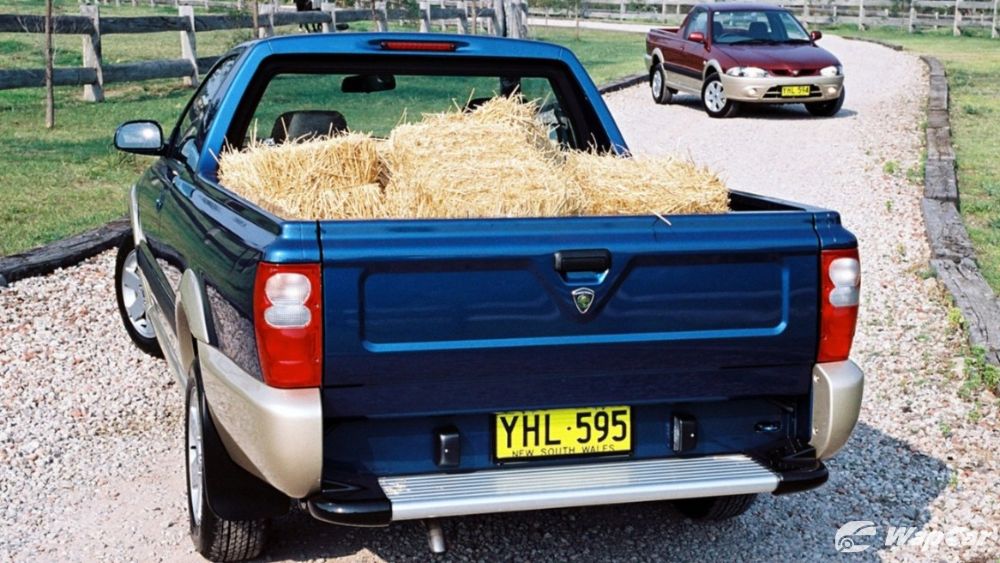 Secondly, Proton never had the right engine for pick-up truck applications. While Proton had a ‘New Engine Family’ with bigger more powerful engines in the pipeline, that too got lost in the ether. What the Exora was left to work with was the gutless 1.6-litre Campro engine. Try climbing every hill or fording every stream with that. 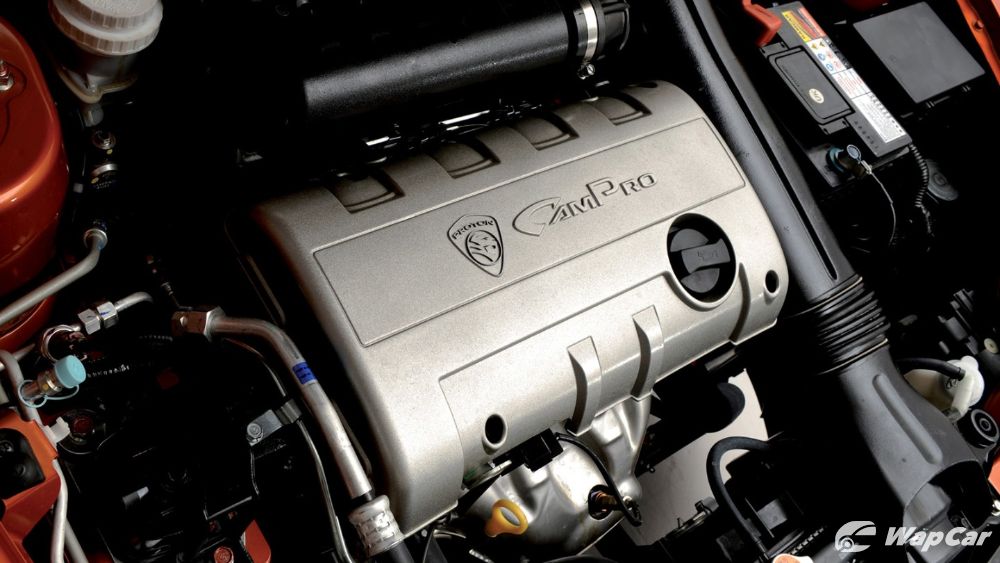 Lastly, Malaysia’s pick-up truck market was a flash in the pan. Its surging popularity wasn’t because Malaysians got stoked on Bear Grylls and wanted to rough it out. In 2009, nearly three-quarters of Malaysians live in urban cities and that number has since grown consistently since. 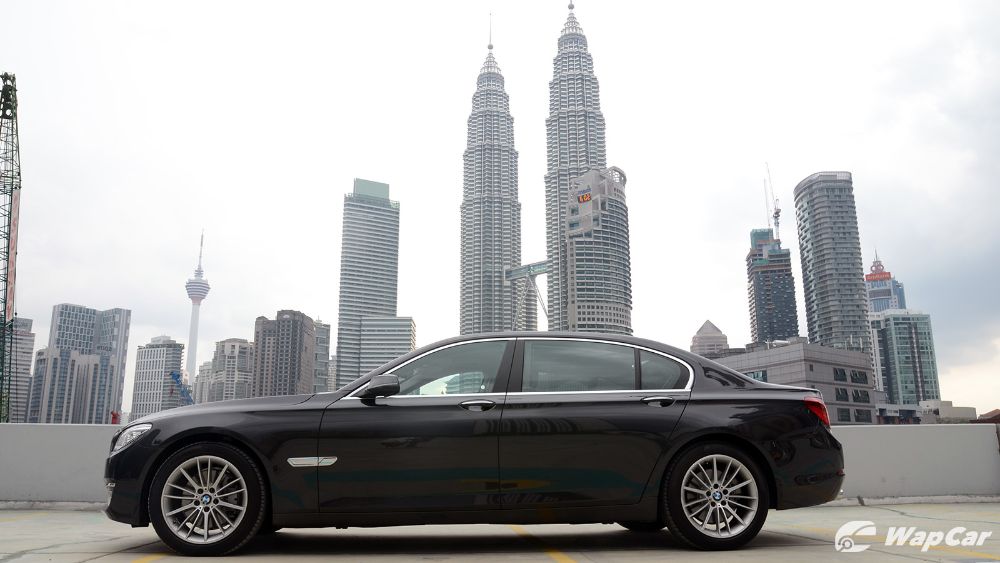 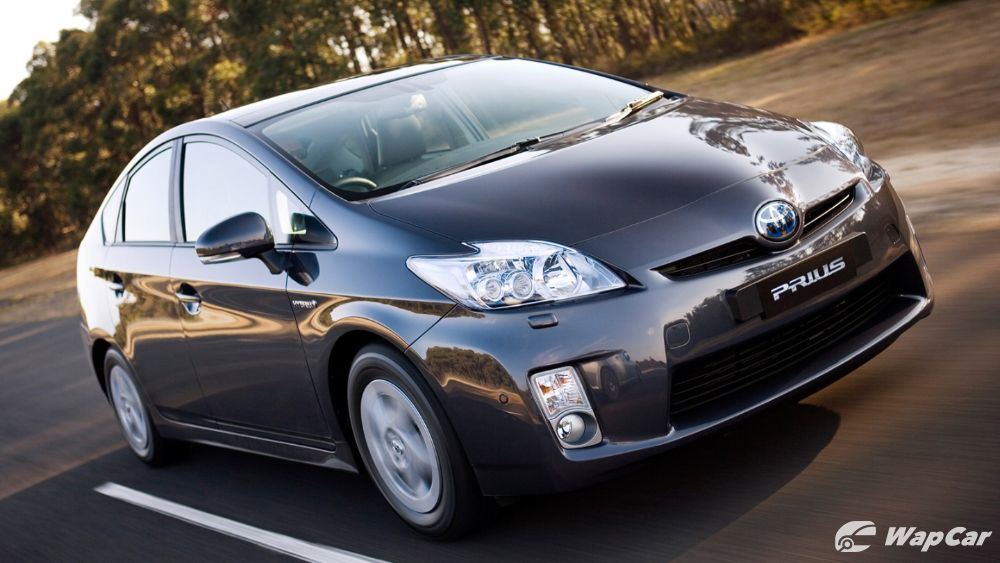 When stricter emissions regulations in Thailand led to more expensive pick-up trucks, its price advantage was eliminated and its popularity plateaued and declined. Ironically, the market peaked in 2015, right around the time Proton teased us with the Exora pick-up truck concept. 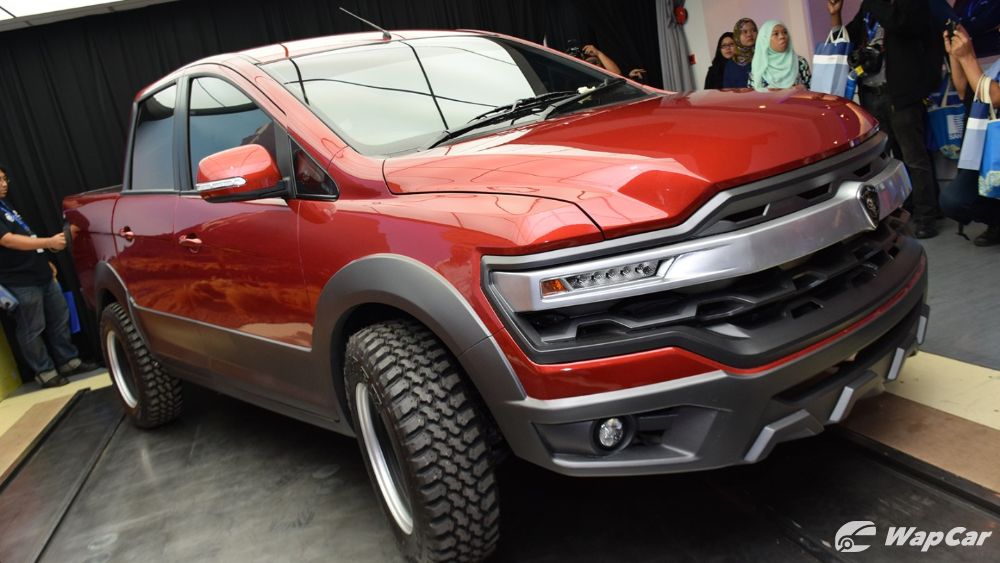 In the end, it was a blessing that Proton never got anywhere near a production Exora pick-up truck. Its monocoque construction might have been a selling point, but considering that Australia’s traditional unibody utes did little to stop Toyota Hilux rise to the top of the charts, or the Ridgeline failing to dent the Ford F-Series’ sales, nobody is batting an eye to it.

As much as enthusiasts fancy the thought of it, an Exora pick-up would have left Proton burdened with another unsuccessful model with everybody asking “why did we build these again?”

*Having lived in the land of pick-up trucks and utes, Daniel finds the darn things are useless unless you are moving furniture, lugging planks around, or just enjoy it getting stolen. He goes into greater detail on why “Ute all the things” is a terrible idea at The Motor Muse.