HomeNewsYou can get these 7-seaters for less than RM100k

You can get these 7-seaters for less than RM100k

You can get these 7-seaters for less than RM100k 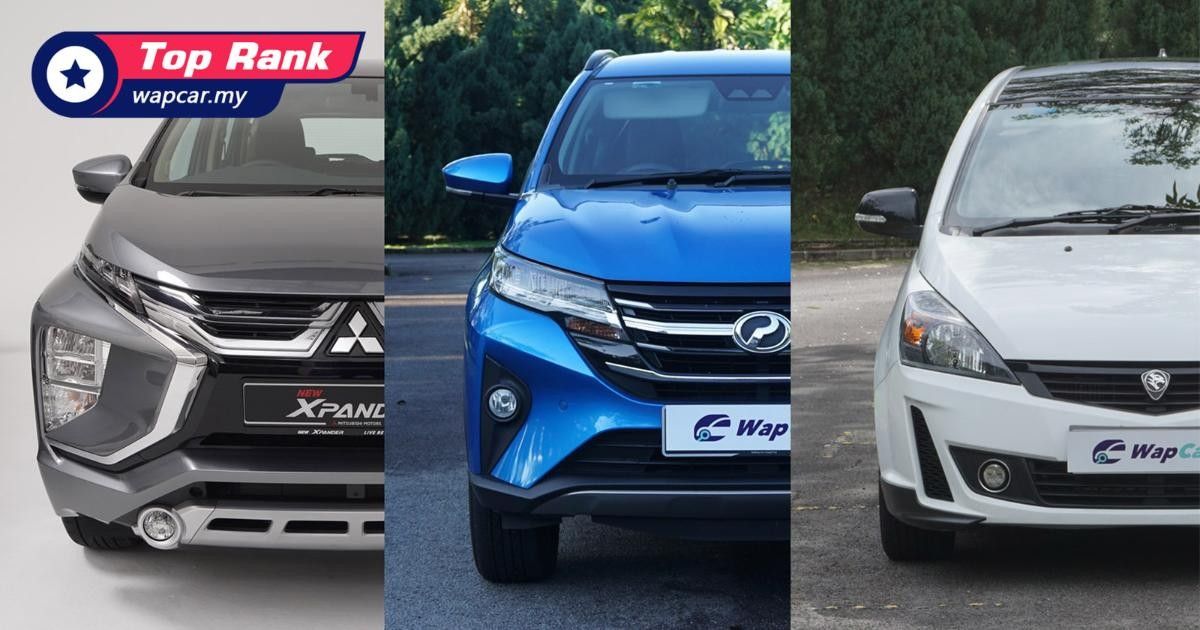 For most of us, the ‘endgame’ 7-seater is the Toyota Alphard (or Toyota Vellfire), but at around RM450k, this big MPV is out of reach for most Malaysians. In fact, this is the price of mid-level property, and it makes much more sense to spend your hard earned cash in an asset instead.

So can you get a 7-seater for less than RM100k? In short, yes, you can. Here are 5 examples of excellent 7-seaters for your family for under RM100k.

Honda BR-V – an affordable 7-seater that starts at RM86k 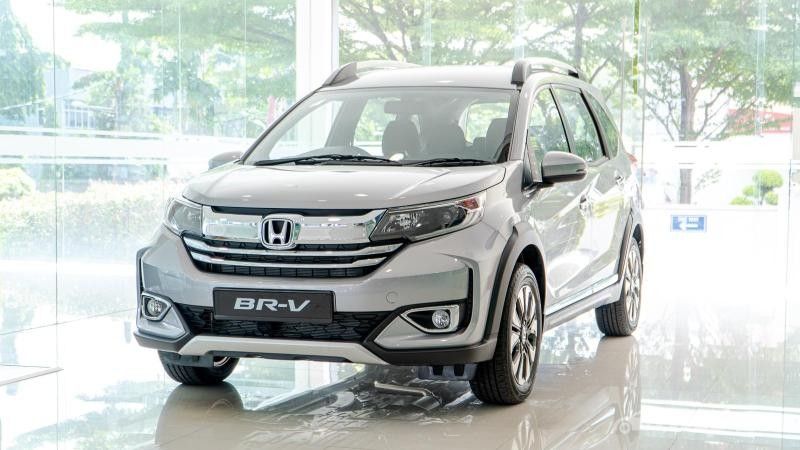 The most affordable 7-seater here is the Honda BR-V, priced from RM86k to RM93k. You’ll see a lot of them on the road, because they have been proven to be excellent family-movers.

The Honda BRV rides on a passenger car platform, and thus they are quite noticeably more comfortable than rivals like the Perodua Aruz and Toyota Rush that sit on a semi-ladder frame. In fact, the widened rear track of the Honda BR-V is akin to the comfort level we felt in the current Honda City, and this is high praise indeed. 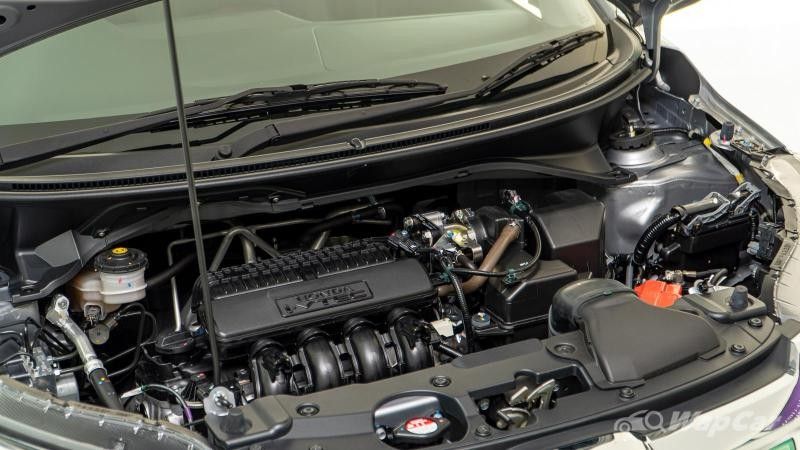 There’s 120 PS and 145 Nm to be found under the hood from the 1.5-litre engine. Though these figures are humble, the Honda BR-V is actually one of the more powerful seven-seaters you can find under RM100k.

The Honda BR-V has also been given a nip and tuck in 2020, giving it some new features like paddle shifters, tweeter speakers, and a new cabin filter. 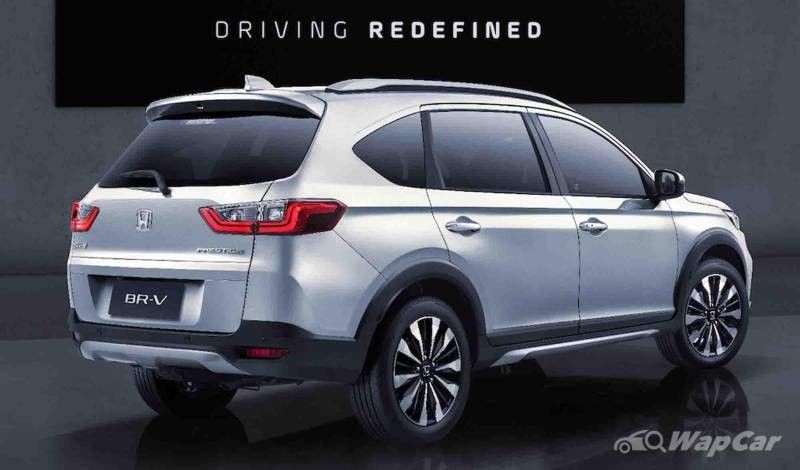 Word on the street is that a new Honda BR-V is going to reach our shores in late 2022, complete wit Honda Sensing. Hopefully the price will still be as compelling. 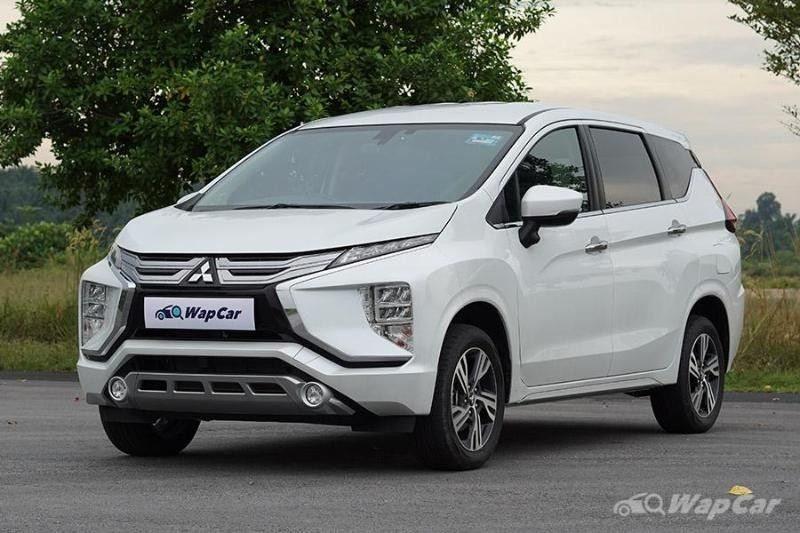 As soon as the Mitsubishi Xpander went on sale, orders come in hard and fast and this 7-seater is the best-selling one in the ‘non-national MPV’ segment.

For RM91k, the interior of the Mitsubishi Xpander is surprisingly well-designed and pleasing to use. The MPV also comes with Android Auto and Apple CarPlay, which is almost mandatory these days, as well as a host of practical cubby holes and a two-tiered boot. 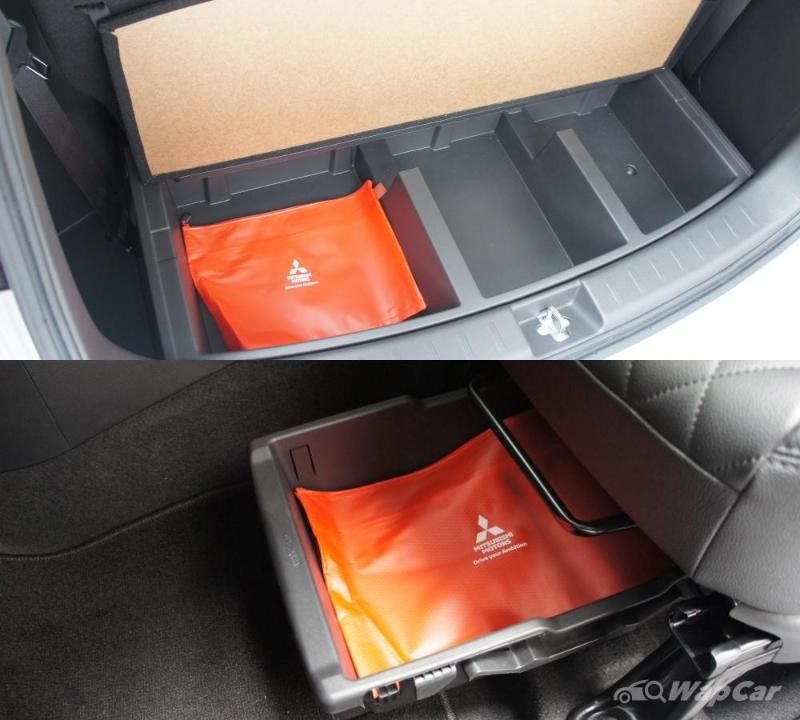 These features set the Mitsubishi Xpander apart in the sub-RM100k seven-seater category.

Mitsubishi’s suspension tuning know-how is also evident in the way the Mitsubishi Xpander moves. The ride is supple and comfortable, which is also partly due to the long wheelbase – it’s surprisingly longer than the Toyota Innova.

However, as a family car, it is sad that it only comes with 2 airbags.

Perodua Aruz – everything you need at RM73k 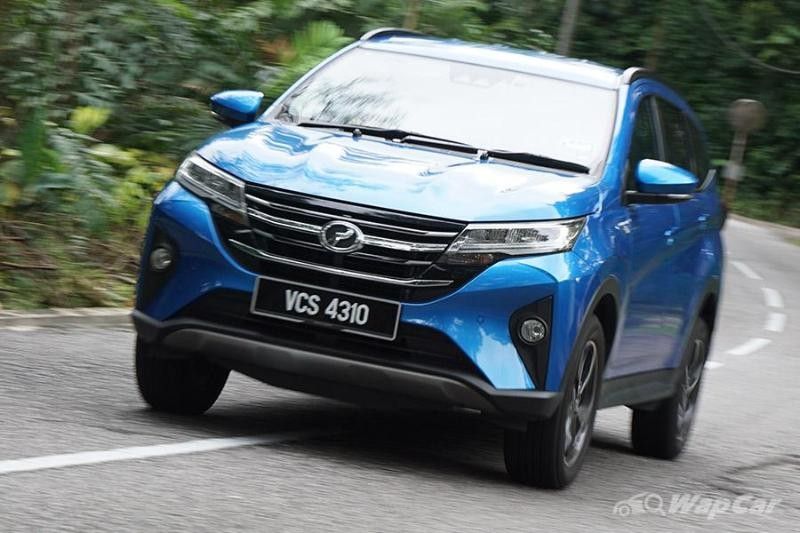 To be fair, the Perodua Aruz starts at RM68k, but the top of the line model with A.S.A 2.0, 6 airbags, and an integrated DVR is the one we recommend, at RM73k. Even this pinnacle variant is eye-raisingly affordable, and it’s no wonder the Perodua Aruz is one of the best-selling SUVs in Malaysia.

Despite its visual girth, the Perodua Aruz is strangely nippy around the city as the SUV has a rear-wheel drive setup that leaves the front wheels to do what they need to do. The Perodua Aruz has at turning radius of just 5.2 metres, making the big vehicle easy to U-turn and park. 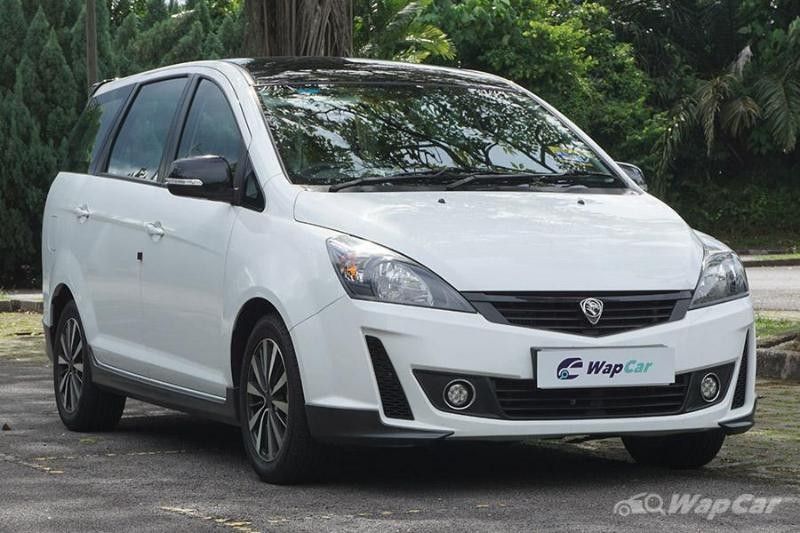 For outright value, it’s difficult to the fight the appeal of the Proton Exora. This 7-seater has 205 Nm from its turbo engine and a lot of space inside to bring everything you need around.

Despite the Proton Exora’s large size, the car handles remarkably well, though it should surprise no one by now, right?

The turbo engine can be a little thirsty, however. 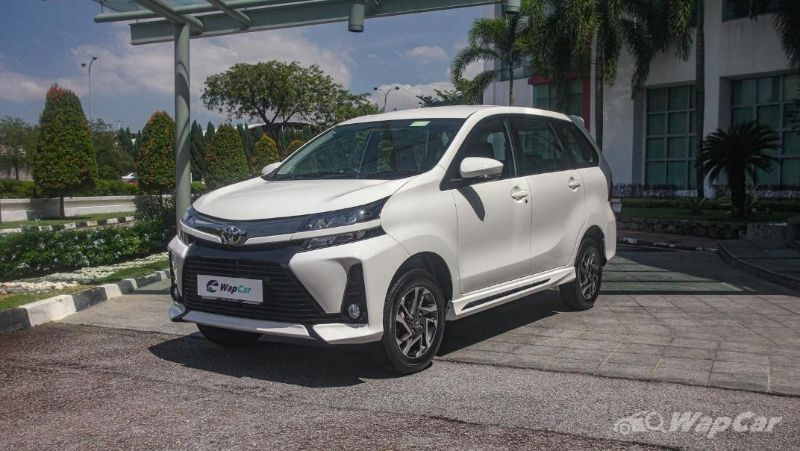 An all-new Toyota Avanza is on its way to our shores and have been unveiled in Indonesia, but for now the current gen MPV is still available for sale.

The current Toyota Avanza is actually pretty comfortable to ride in, which is a great step forward from the previous one. However, this MPV is now behind the curve in terms of safety equipment as it does not any advanced autonomous systems.

For around 50% more than the original budget at RM150k, two contenders really stand out in the 7-seater category. They are the Nissan Serena S-Hybrid, and the Mitsubishi Outlander. 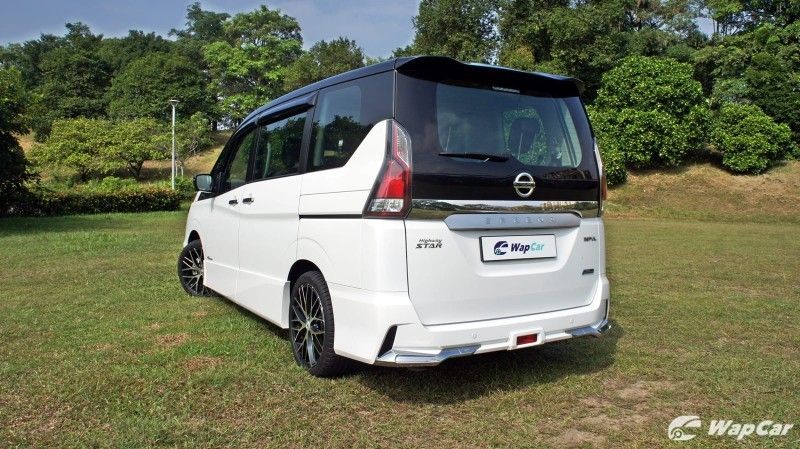 It’s really, really hard to argue with the appeal of the Nissan Serena S-Hybrid; it may even be the closest thing to the venerable Toyota Alphard.

The MPV comes with sliding doors (the best features on the MPV, really), second-row captain seats, 7 USB charging ports, and a mild-hybrid powertrain that helps with fuel economy.

However, there are certain downsides. Handling is not one of the strong points of this tall MPV, and its locally-sourced infotainment system is quite poorly integrated to the rest of the car.

Mitsubishi Outlander – the only C-segment SUV from RM133k 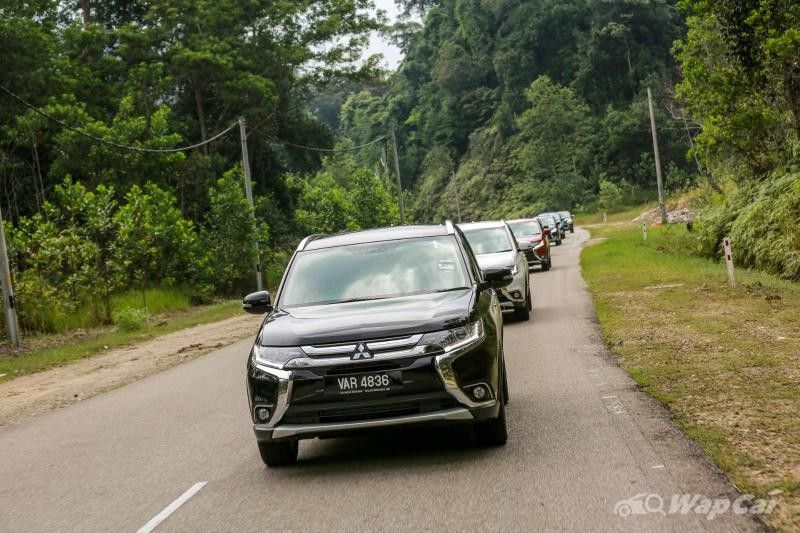 Due to the Mitsubishi Outlander existing in the higher C-segment, the third-row seats are the biggest amongst the suggestions here. There are 2 engine options available, and the SUV’s 4WD system can disconnect the rear axle to aid fuel economy.

The biggest downside of the Mitsubishi Outlander is its dearth of ADAS.

This list is not exhaustive of course, and there are certainly many more options in the used market. There are some new 7-seaters coming up soon as well in the year, like the new Perodua Alza, and Proton X90. These newer cars will likely have better safety equipment as well, so wait for them if your situation permits.