Home > News > Nissan Almera vs Honda City, should you pick turbo or hybrid?

Nissan Almera vs Honda City, should you pick turbo or hybrid? 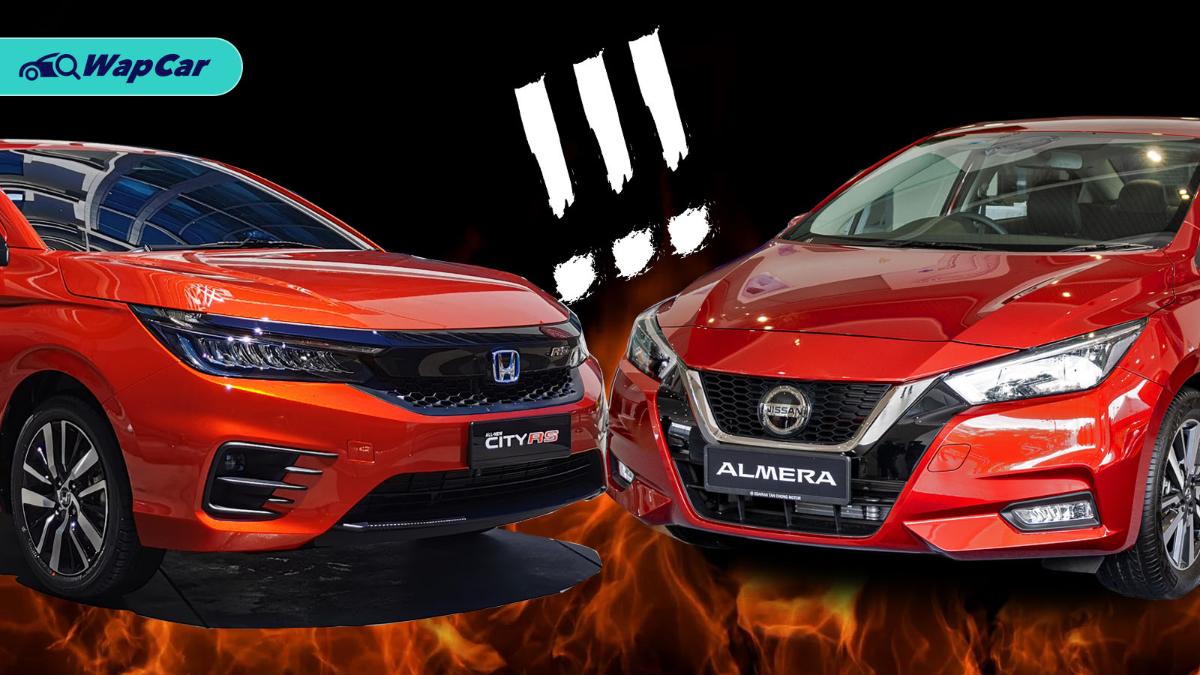 Things are about to get interesting in the B-segment sedan category. Honda has previewed the Honda City RS and made quite a fuss with its video commercial not so long ago. Now, we witness the debut of the all-new Nissan Almera in Malaysia. Both cars are now open for booking. 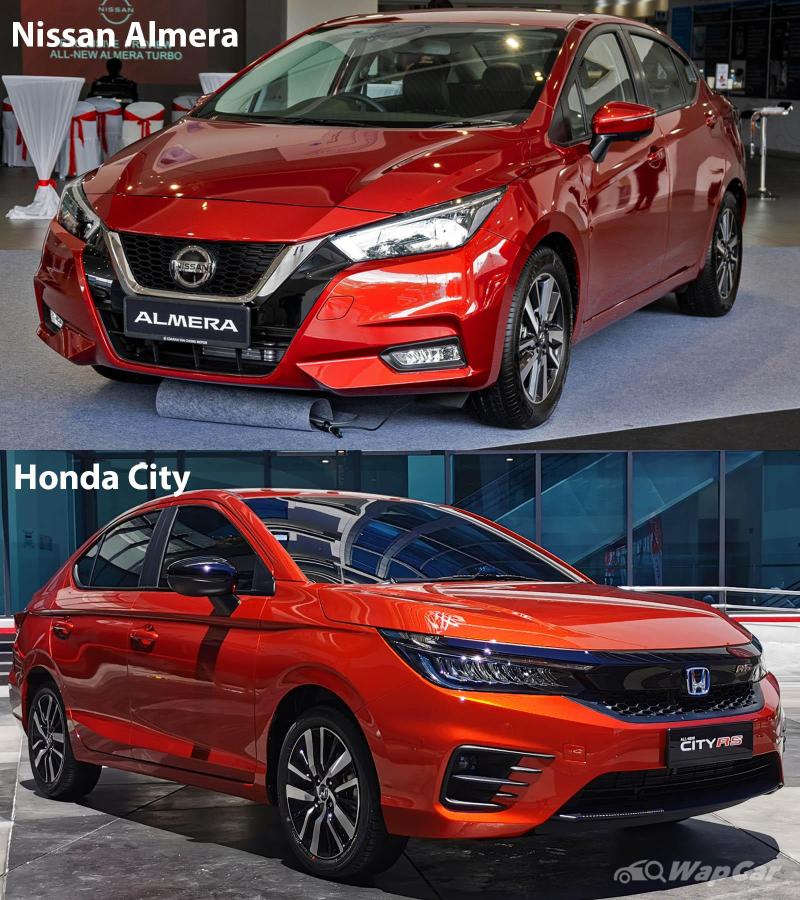 On the outside, both cars look great. The Almera is much better looking than its predecessor and the City is an aggressive-looking B-segment sedan. Both cars utilise black trims in the front to give an appearance of a bigger grill. The City RS and the Nissan Almera (VLP and VLT) sit on 16” wheels. 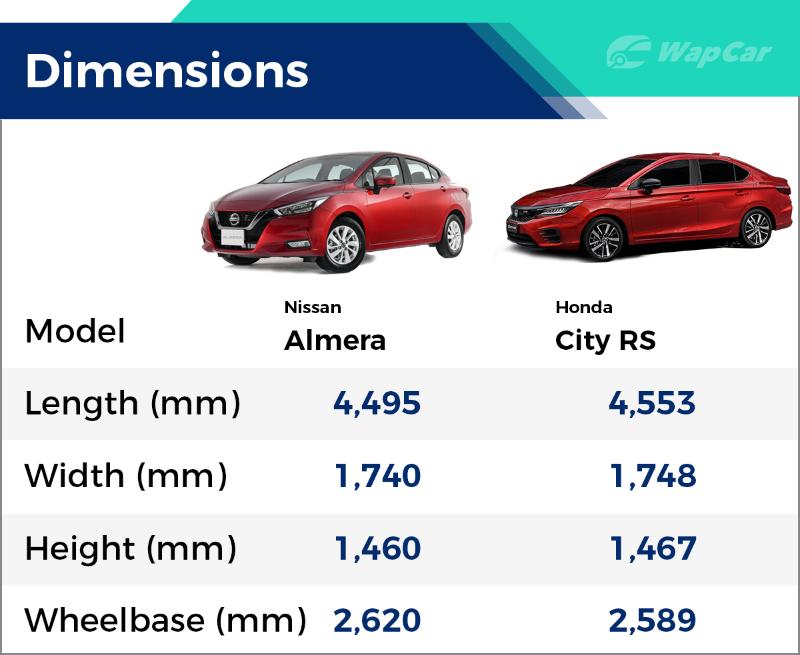 Powered by a 1.0 -litre turbocharged engine that we didn’t quite expect to get, the three-cylinder is able to churn out 100 PS of maximum power and 152 Nm of torque. It’s not much if we compare it to the Honda City RS’s 253Nm of torque, but keep in mind that the Honda City utilises an electric motor. A CVT gearbox is used in the Almera while the City RS doesn’t use a regular automatic transmission. 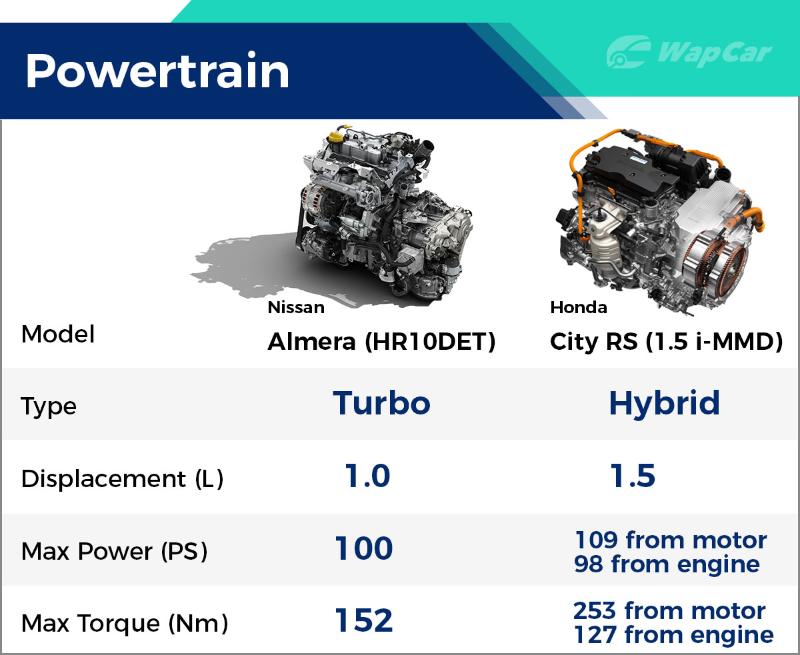 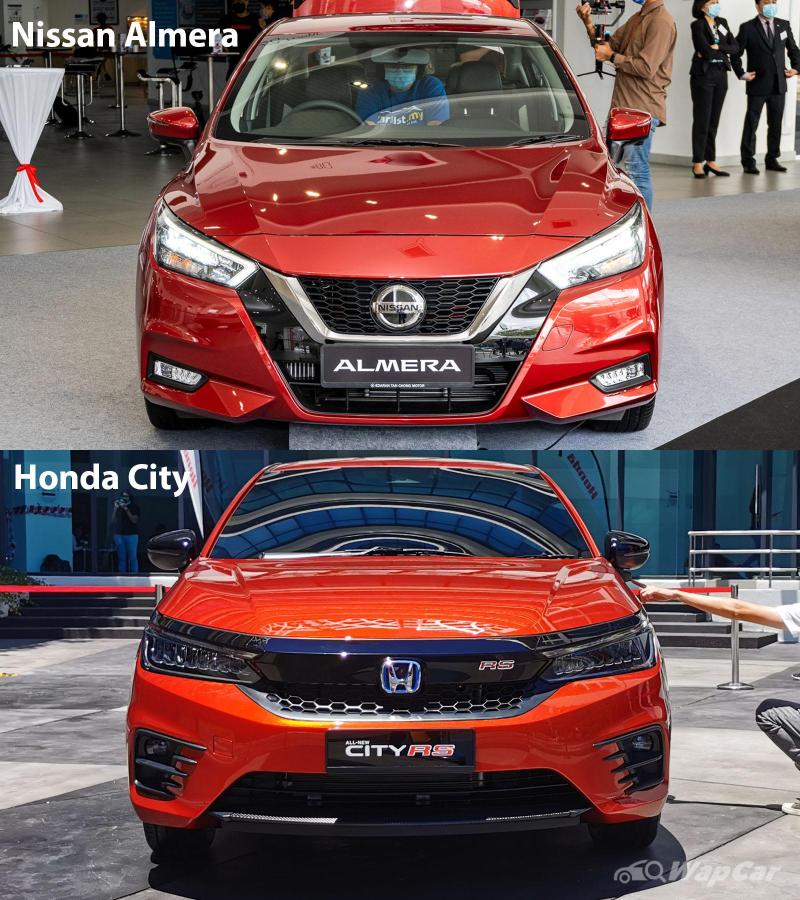 Features of the Nissan Almera VLT include:

Confirmed features of the Honda City RS are LaneWatch and AEB. 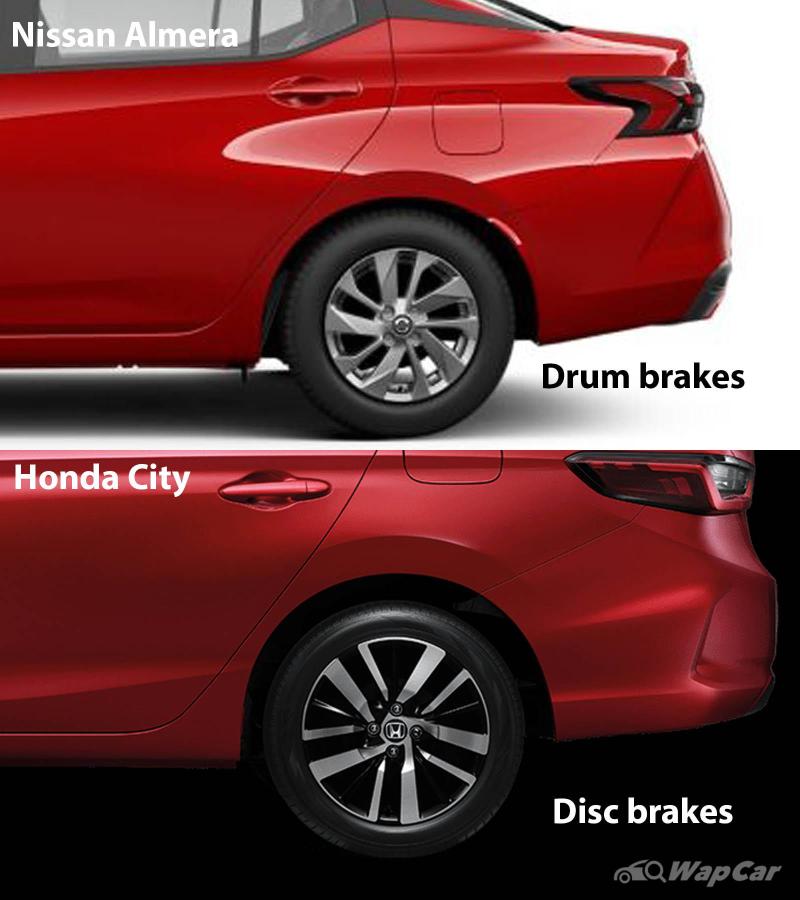 One thing about the Almera that might make it feel a little bit lacking is the use of drum brakes in the rear as opposed to the disc brakes in the Honda City RS. 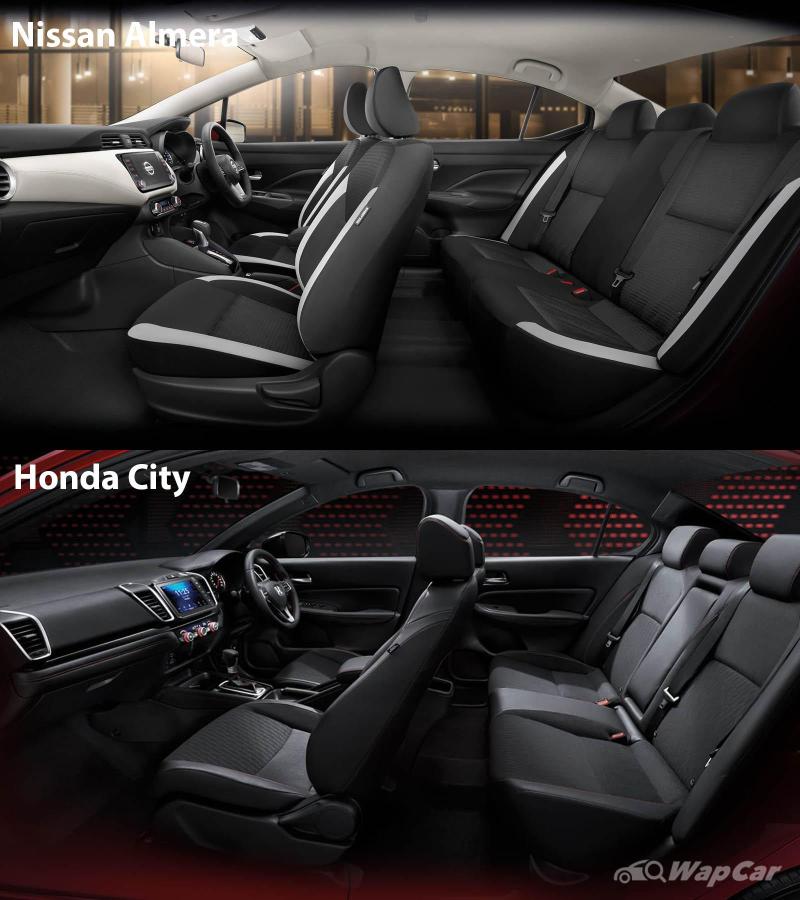 The Almera has a light-coloured interior while the City opts for a darker tone. On the inside, one would also notice that the Honda City RS is equipped with EPB while the Nissan Almera sticks with the more traditional handbrake setup. 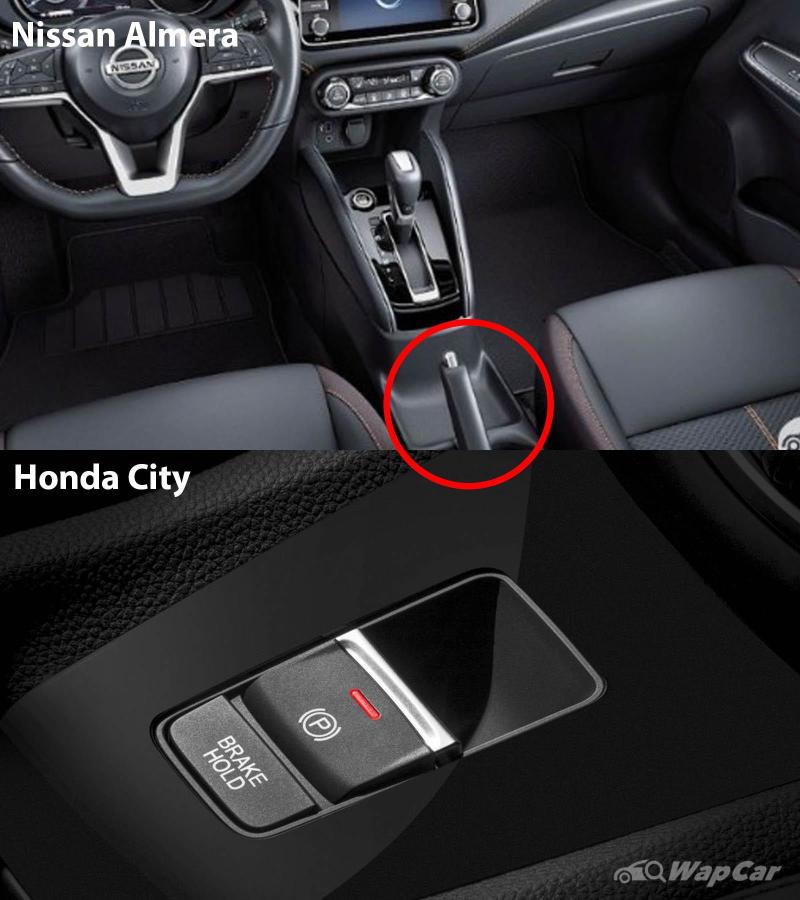 More details on the Nissan Almera and Honda City RS are coming soon. Both cars have been long anticipated by potential Malaysian owners. With the Nissan Almera starting at a price of RM80K (without SST), we’re curious to see how both cars will fare against each other. 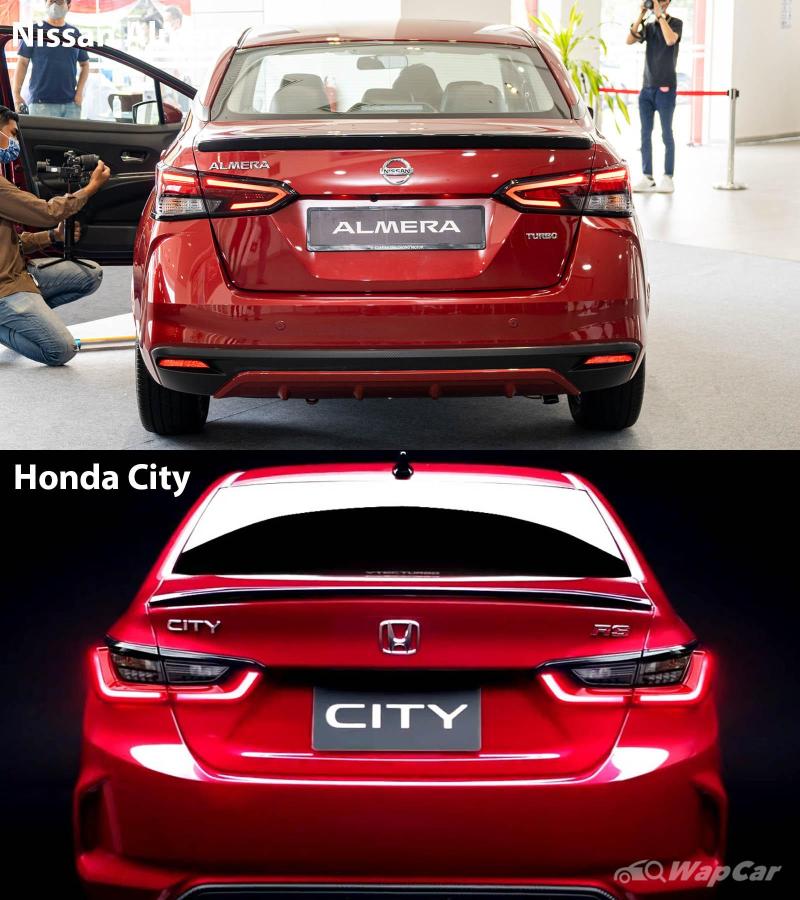 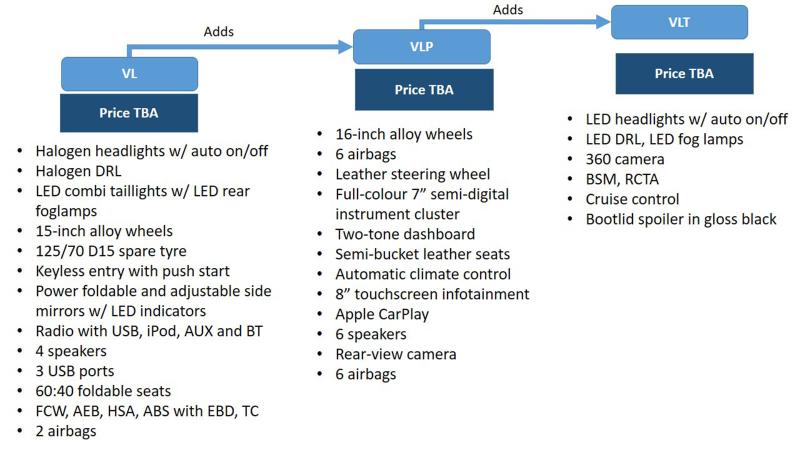