HomeNewsProton X70 - What features could the CKD version get?

Proton X70 - What features could the CKD version get? 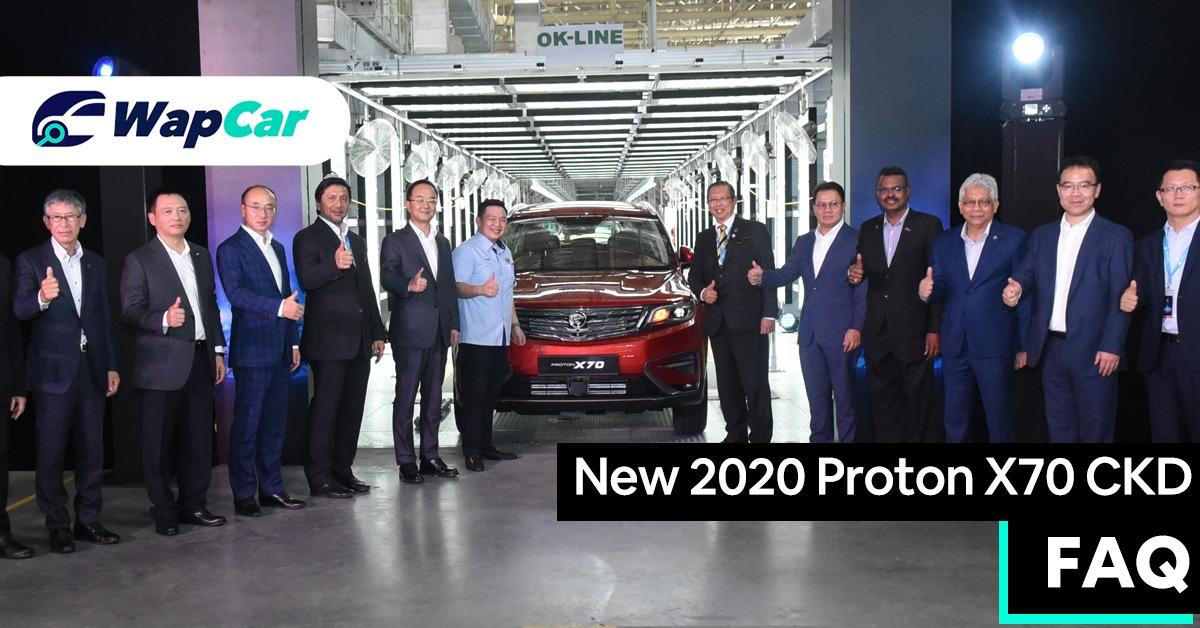 Shortly after introducing the X70, Proton announced their intentions to locally-assemble the X70 by the end of 2019, and they have succeeded in doing so.

A couple of months after trials runs started in June 2019, the first few units of the Malaysian-made Proton X70s have started to roll of the new production line in Tanjung Malim.

Will it be cheaper?

Prices are unlikely to come down compared to its fully-imported counterpart, but you might get more features for the same price.

For the locally-assembled version, Proton has remained rather tight-lipped about the details, but we do know what you can expect.

Apart from benefitting from quicker shifts, the dual-clutch automatic is also said to improve the X70’s fuel consumption figures by a small margin.

We also understand that Proton could be fitting a powered tailgate to selected variants of the X70, as this is a feature that rivals such as the Mazda CX-5 and Honda CR-V already offer.

Some aspiring Proton dealers are installing aftermarket powered tailgates for customers, but this is not a Proton-approved accessory.

The X70 CKD could also benefit from a new, locally-sourced infotainment system, hopefully with support for Android Auto and Apple CarPlay.

Furthermore, we can also expect the locally-assembled X70 to feature some new body colours.

Will we be getting the new 1.5-litre turbo engine?

While variants of the locally-assembled Proton X70 will be fitted with the 1.5-litre turbocharged 3-cylinder engine, it is not destined for the Malaysian market.

This is due to the fact the engine is meant for export markets where cars are taxed based on their CO2 output figures, like Australia, Singapore, and Thailand.