HomeNewsQuick Review: 2020 Proton X70 CKD, the devil is in the details 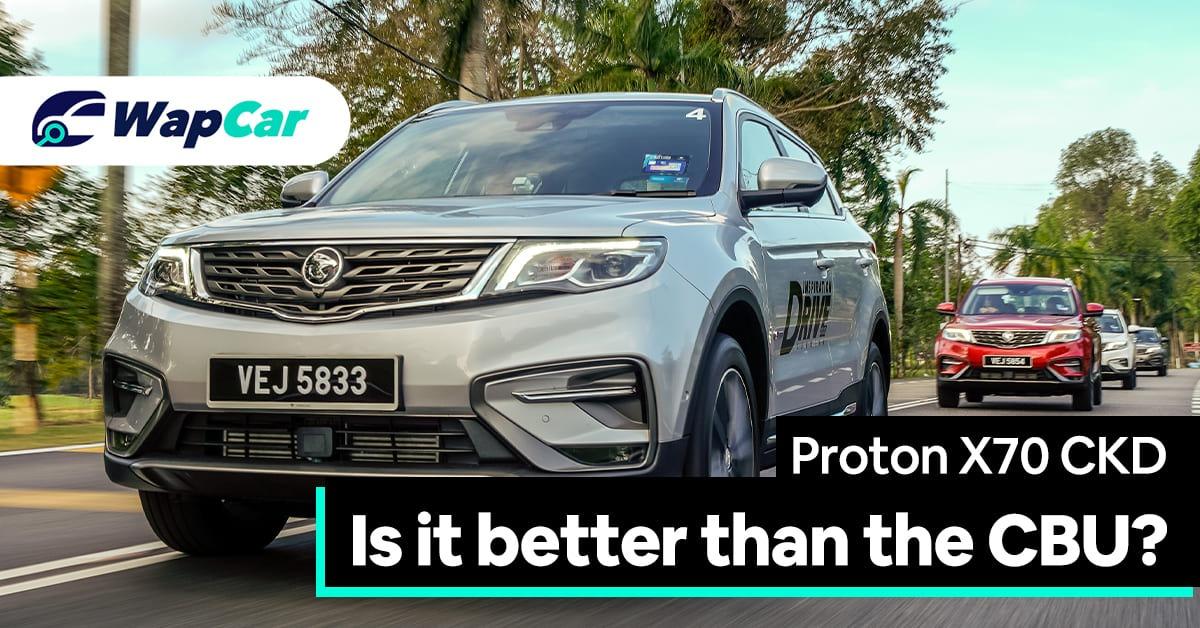 The long-awaited 2020 Proton X70 CKD (locally assembled) is now finally in Malaysia and we were fortunate to spend a short drive in it from KL to Kuantan prior to the official launch. Although brief, the Malaysia-assembled Proton X70 left a lasting positive impression.

The Proton X70 was first introduced in Malaysia in the tail-end of 2018 as a fully imported (CBU) unit from China with customer deliveries started in 2019.

Between 2019 to January 2020, over 29,000 units of the Proton X70 found homes in Malaysia. The Proton X70 also became an important brand shaper for Proton and propelled the national carmaker to a record year.

Following a year of preparations and upgrade to their Tanjung Malim manufacturing facility, the Proton X70 is now assembled locally at said facility. Besides being assembled in our local shores, the Proton X70 also received a number of enhancements to the powertrain, suspension and equipment list.

Notable changes to the car include the new 7-speed dual-clutch transmission (DCT), powered tailgate and 2-step reclining rear seats. But the question is how practical are these new features in the real world and is it any better to drive?

The 7-speed DCT equipped here is a wet-clutch type unit and is developed in house by Geely. The transmission is paired to a revised 1.8-litre turbocharged 4-cylinder TGDi petrol engine that now develops 184 PS and 300 Nm of torque, up 15 Nm from before.

Even in Sports Mode and using the Manual mode on the shift-by-wire electric gear selector, the shifts (both up and down) remains hesitant and lethargic.

However, the plus side is that the transmission is buttery smooth and every gear change is seamless. In town, the DCT does not jerk and crawls confidently when setting off, even at an incline. This has largely to do with Proton's input in the DCT. 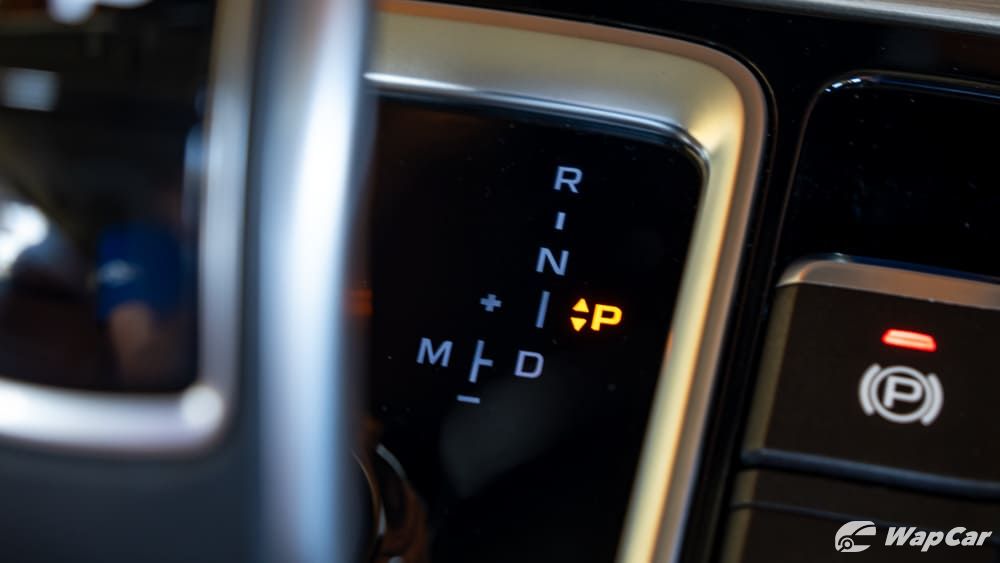 Proton claims a 13% improvement in fuel consumption compared to the previous 6-speed auto unit in the CBU as well as a 9.5 seconds 0 to 100 km/h sprint time, which is 1 second faster than the old car. Not too shabby eh?

Proton engineers also took the opportunity to improve the suspension setup on the Proton X70 CKD by introducing stiffer springs and dampers. Although the Proton X70 CBU's suspension is well praised for its good ride comfort, the market feedback was that it was a little too soft around the bends which induce noticeable body roll.

With the stiffer suspension set up, the Proton X70 CKD now takes the corners with a newfound sense of surefootedness. Body roll is not as apparent anymore and the most obvious effect is that the rear passengers now don't get thrown around as much. 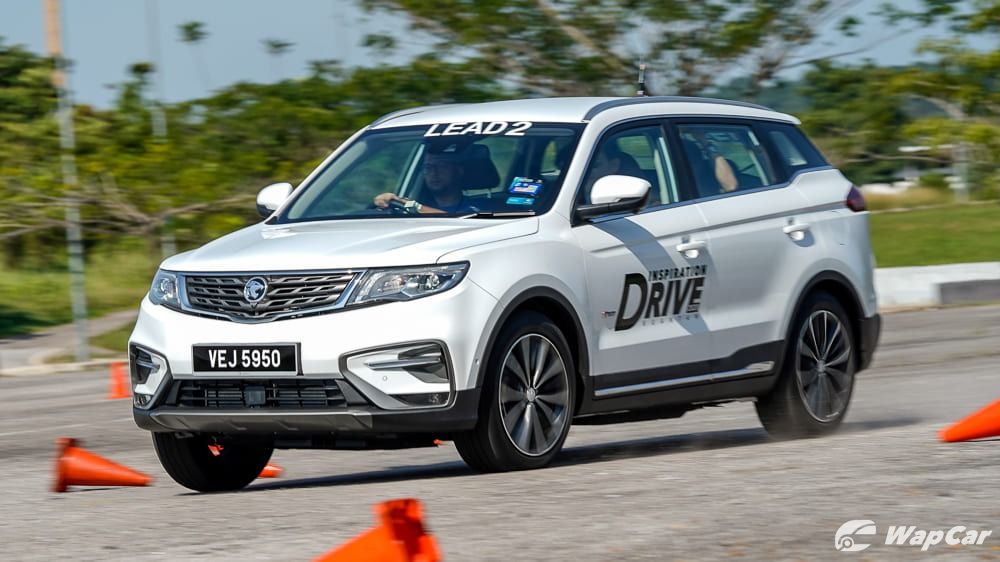 Proton also did not trade ride comfort for the more composed handling. In fact, the Proton X70 CKD retains the supple character of the fully imported units which is an impressive feat, to say the least.

However, Proton engineers stopped short of calling this Proton Ride & Handling as the suspension is not developed from the ground up by Proton's talents. They merely made tweaks to give the Proton X70 CKD better ride and handling. 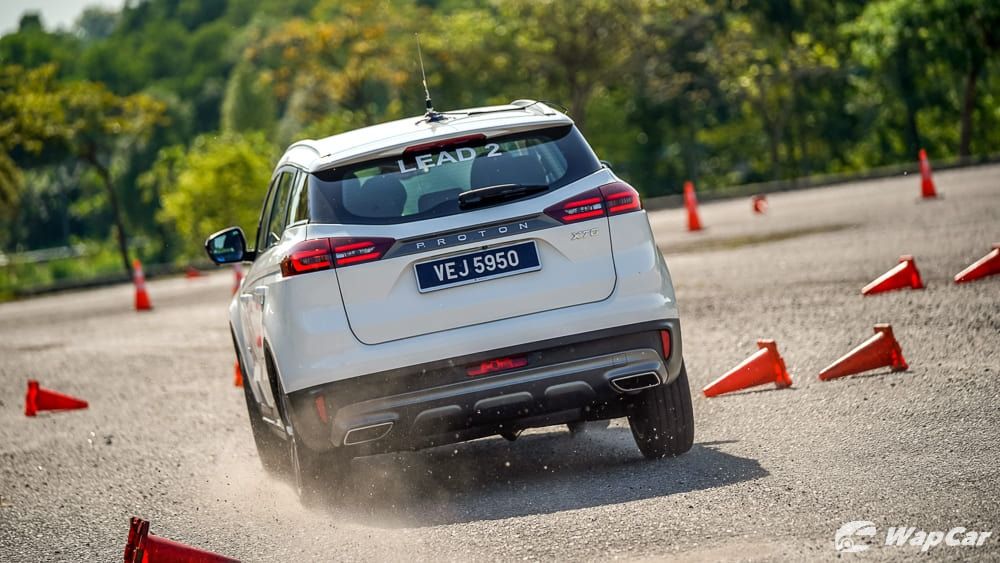 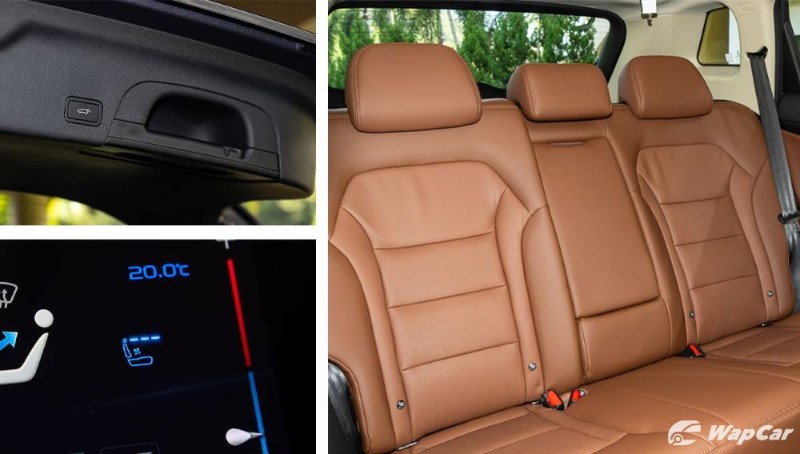 Besides the revised engine and new transmission, the Proton X70 CKD features 3 other new upgrades namely – ventilated front seats, a powered tailgate and 2-step reclining rear seats. The first two are only found in the Executive and Premium variants.

First up the powered tailgate is a welcomed addition as a major complaint from proton X70 owners were the heavy and tall opening tailgate. The powered tailgate works as per advertised and doesn't feel rough and aftermarket like the one on the Nissan X-Trail. 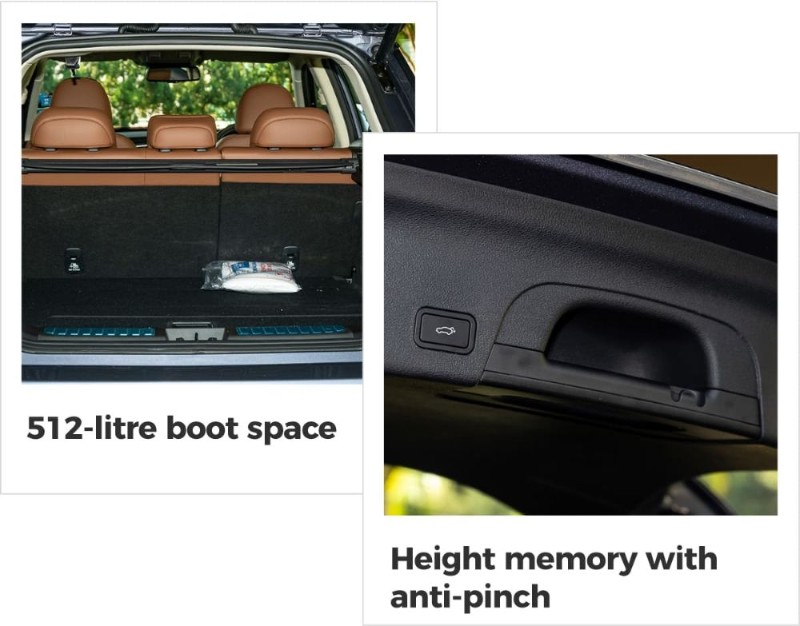 There's also memory function for the height as well as hands-free operation. The later is done by doing a kicking motion under the centre area of the rear bumper. There is also an anti-pinch function to prevent the younglings from catching in between the tailgate.

The 2-step reclining rear seats that change the seatback angle between 27° and 32°, offers an even more relaxing seating posture on long journeys. However, the ventilated seats were a hit and miss situation as the blowers (with 3 fan speed) were quite weak to be felt even on full blast. But it does keep the Nappa leather nice and chilled. 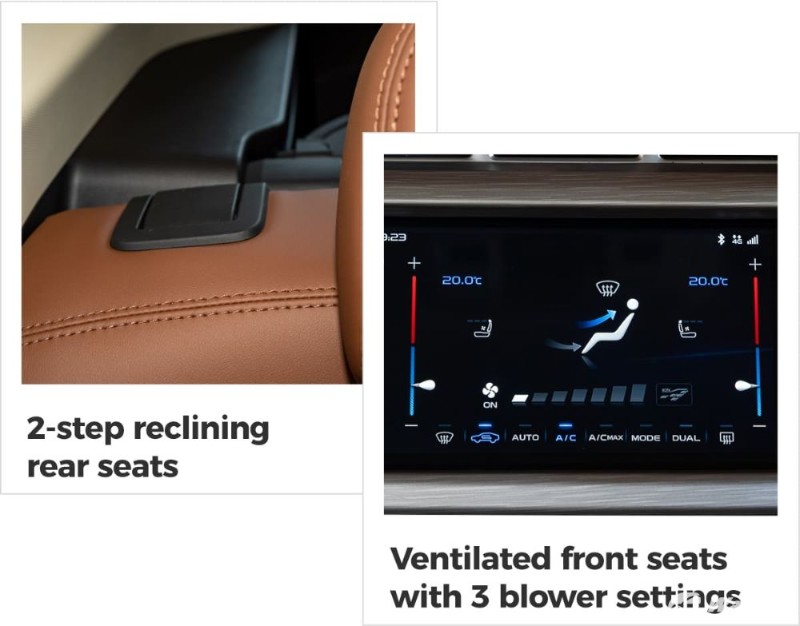 Many consumers will no doubt be under the impression that the CKD versions will not be as well built and high quality as the CBU units. Proton said this is a baseless accusation and that the quality of the Proton X70 coming out of Tanjung Malim is the same as those that came from China.

Fit and finish on all the test units that were present on the drive were satisfactory. We did not notice any discrepancy in material and built quality when jumping between the CBU and CKD versions – and we are not paid to say this (wouldn't mind being paid to tell the truth). 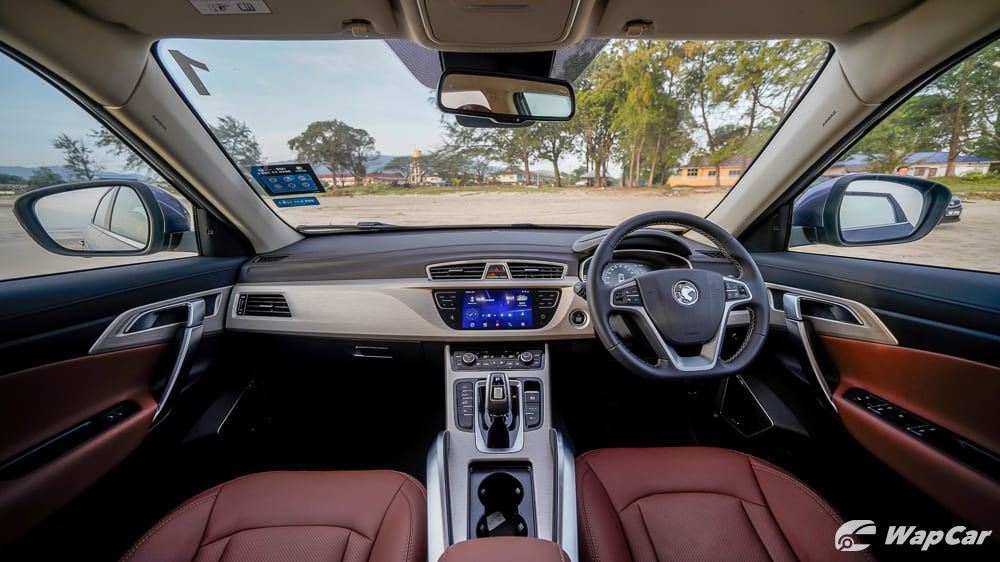 This is a result of the extensive upgrades Proton and their partner Geely has done to their Tanjung Malim facility to ensure that its ability to meet, and surpass even, Geely's stringent quality standards.

With the newly added features and driving performance, I'd say the Proton X70 CKD is not only as good, but it's better than the CBU units. 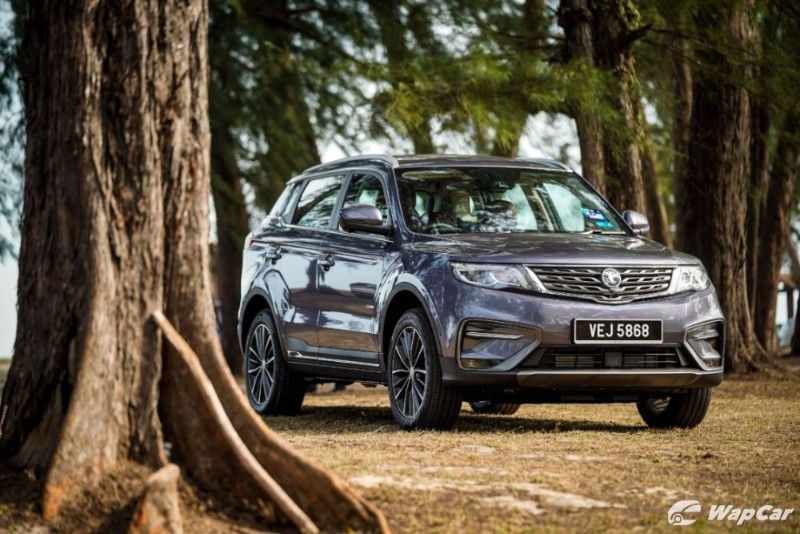 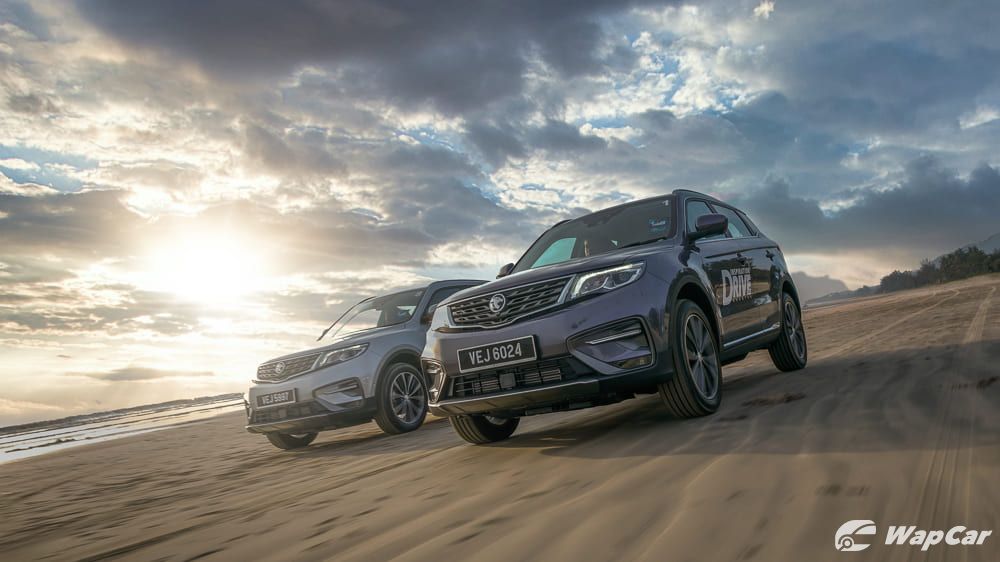 The 2020 Proton X70 CKD lives up to the expectations set by CBU cars and continues to impress. The new 7-speed wet dual-clutch transmission, revised engine and improved suspension make the proton X70 even better to drive.

Moreover, the new features are practical additions and elevate the overall comfort levels. Combined, the improvements done to the Proton X70 CKD makes it an even more enticing proposition for those looking for a value-for-money SUV with a premium touch. 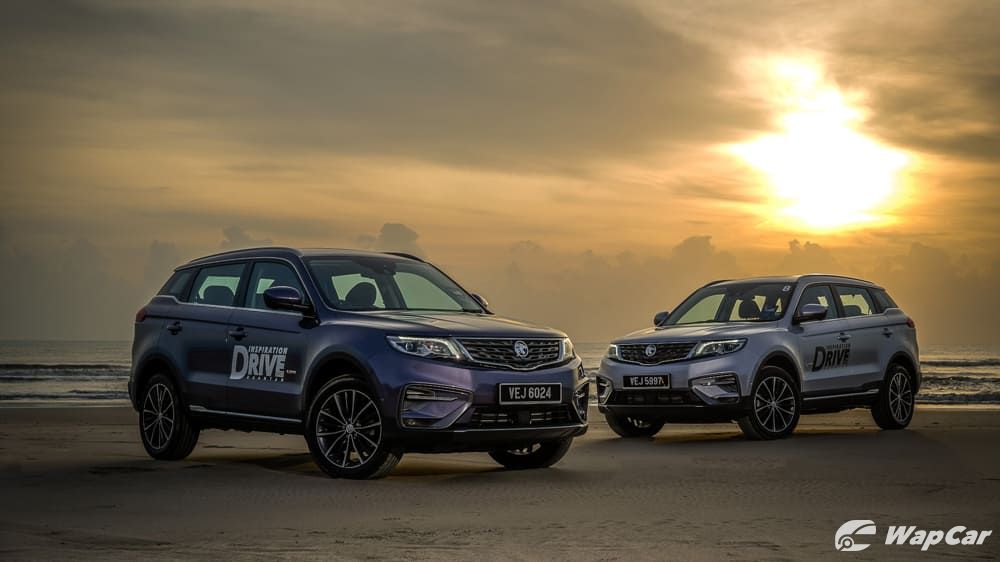 At this price point, there is nothing else that offers the same levels of technology, driving experience and comfort. The Proton X70 CKD undoubtedly offers the highest value proposition of any SUV on the market right now. If you can look past the Proton emblem, that is.