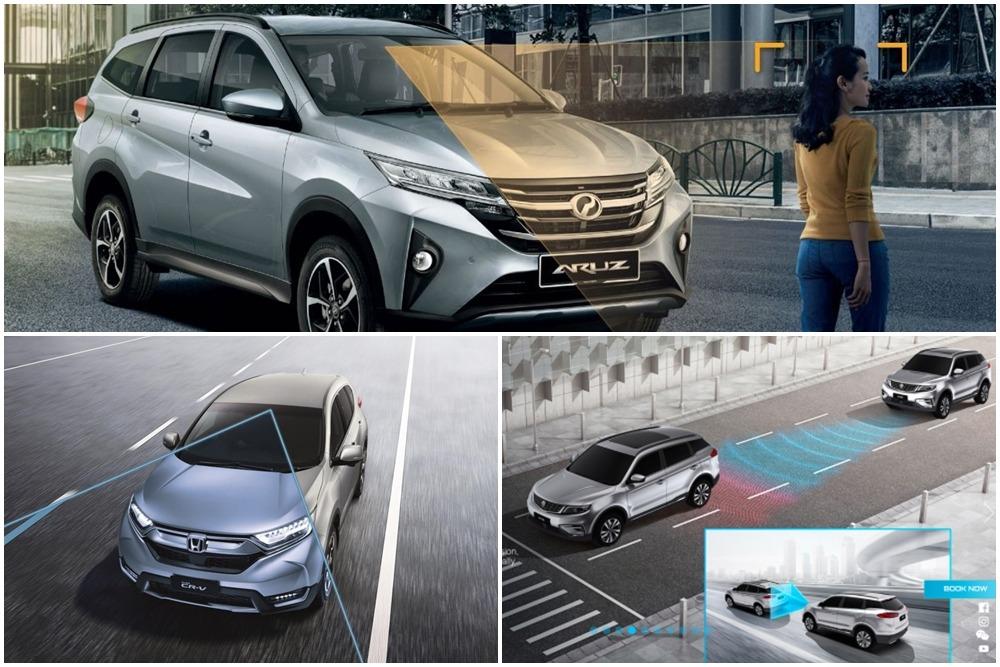 The Proton X70 has it. The Honda CR-V has it. Even a Perodua Myvi has a basic version of it. Different manufacturers refer to it in different names. Honda calls it Sensing, Mazda calls it i-ActivSense, Subaru calls it EyeSight, while Proton uses the generic ADAS term. So what is ADAS? Is it worth paying for? Is it reliable? What cars come with ADAS?

ADAS is short for Advanced Driver Assistance System. According to the European Automobile Manufacturers' Association (ACEA) code of practice for ADAS development, there are three types of driving tasks that we humans do every time we get behind the wheel – navigation, maneuvering, stabilization. ADAS features are designed to support driving actions in the last two categories. 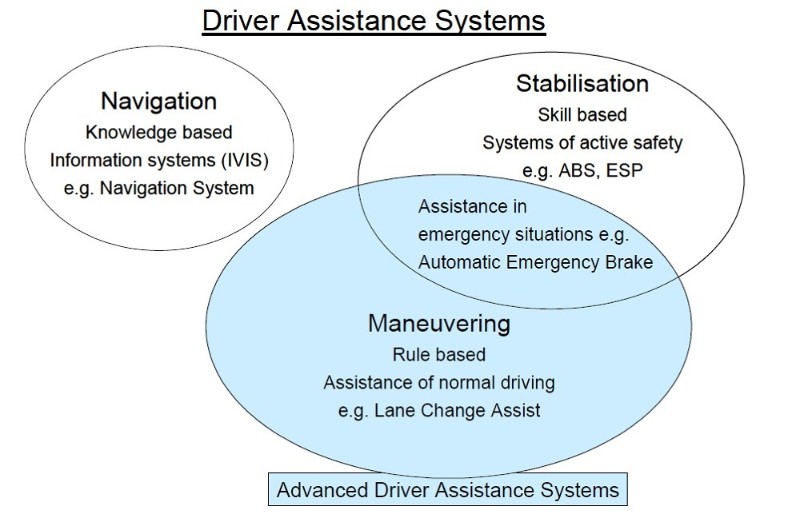 For example, if the car senses that the driver is veering off the driving lane, ADAS can either vibrate the steering wheel to alert the driver, or apply minor steering correction. It could also assist the driving in heavy traffic by automatically following the vehicle in front, stopping and accelerating with minimal driver intervention – the keyword is minimal, not without.

Note that different manufacturers may have a different marketing name for the same ADAS function.

Complex words aside, ADAS is merely an umbrella term that covers several individual safety features. It includes a long list of confusing acronyms – FCW, LKAS, AEB, ACC, HUD, RCTA. Here’s a simple summary of what the many acronyms of ADAS mean: 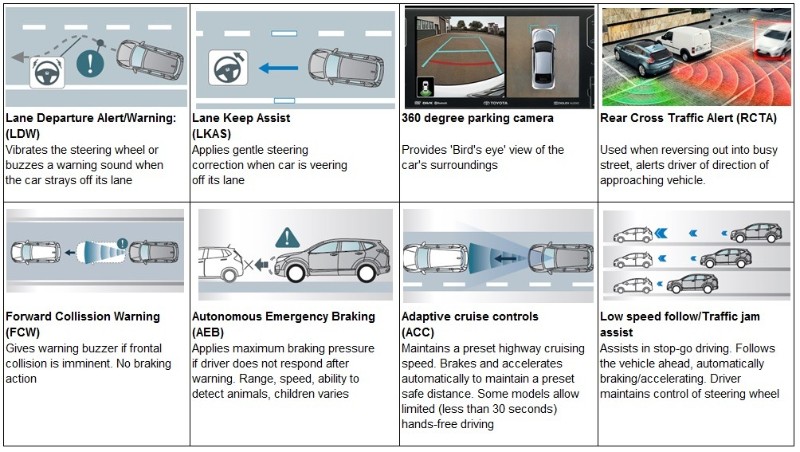 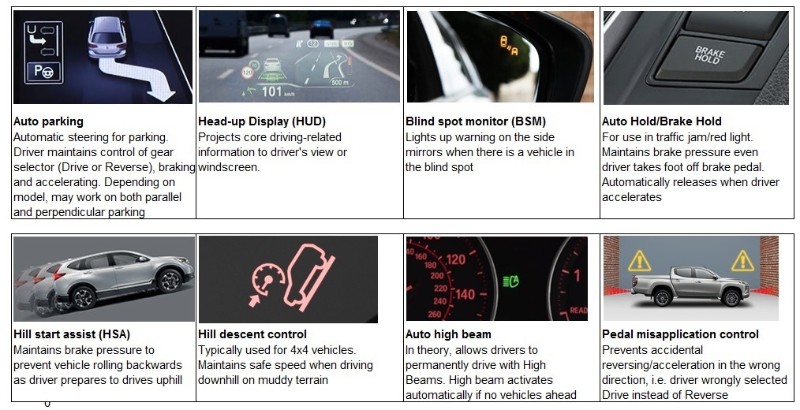 It all sounds impressive in theory but few of these systems work well enough in the real-world, especially in our unpredictable Malaysian traffic. Generally, ADAS fitted on Japanese cars tend to work better on our local roads than German ones.

From our experience, it’s Honda’s Sensing that works best on our local roads, while the ones by Mercedes-Benz the poorest, intervening too prematurely and is easily set off by passing motorcycles or cars filtering through heavy traffic.

A good ADAS system is one that supports the driver rather than annoys, and you won’t have to turn it off.

For example, a good Lane Keeping Assistance system knows when a driver is intentionally moving slightly out of the lane to avoid a motorcyclist and not trigger any corrective measure. Conversely, a system that’s not adapted to local driving conditions will fight against the driver’s intention, mistaking it for a driver error. 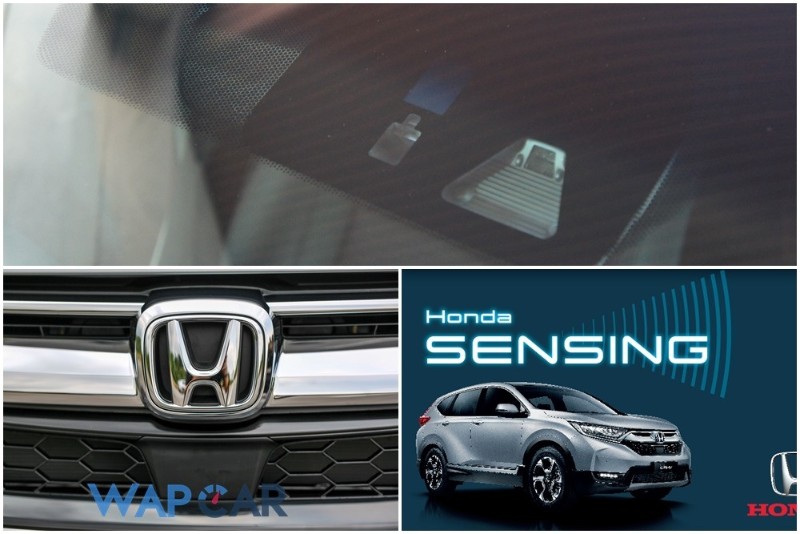 So how does ADAS work? Just as humans rely on our eyes to guide us, ADAS’s eyes typically involve either a camera or a milimetre wave radar, or a combination of both.

Some systems can detect only vehicles while more sophisticated ones can detect the presence of pedestrians, even children. 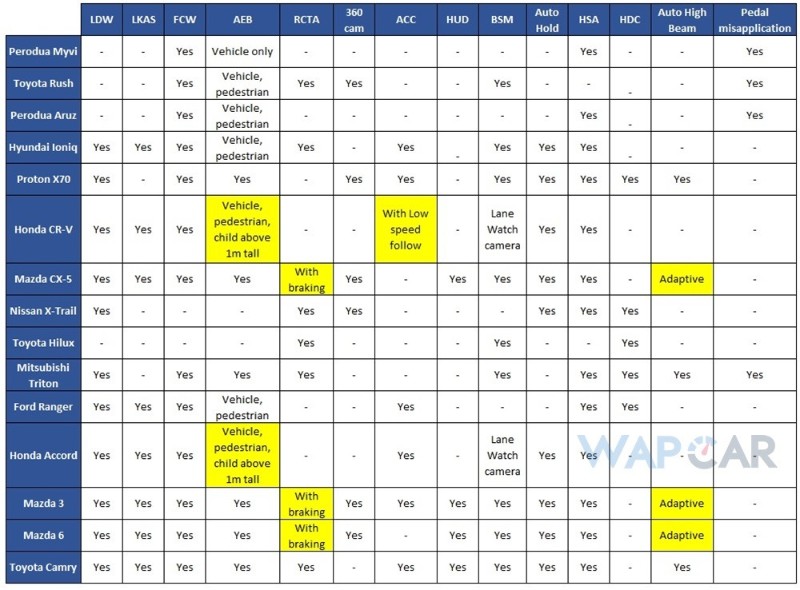