Home > News > Can the 2021 Hyundai Elantra beat the Civic and Corolla Altis?

Can the 2021 Hyundai Elantra beat the Civic and Corolla Altis? 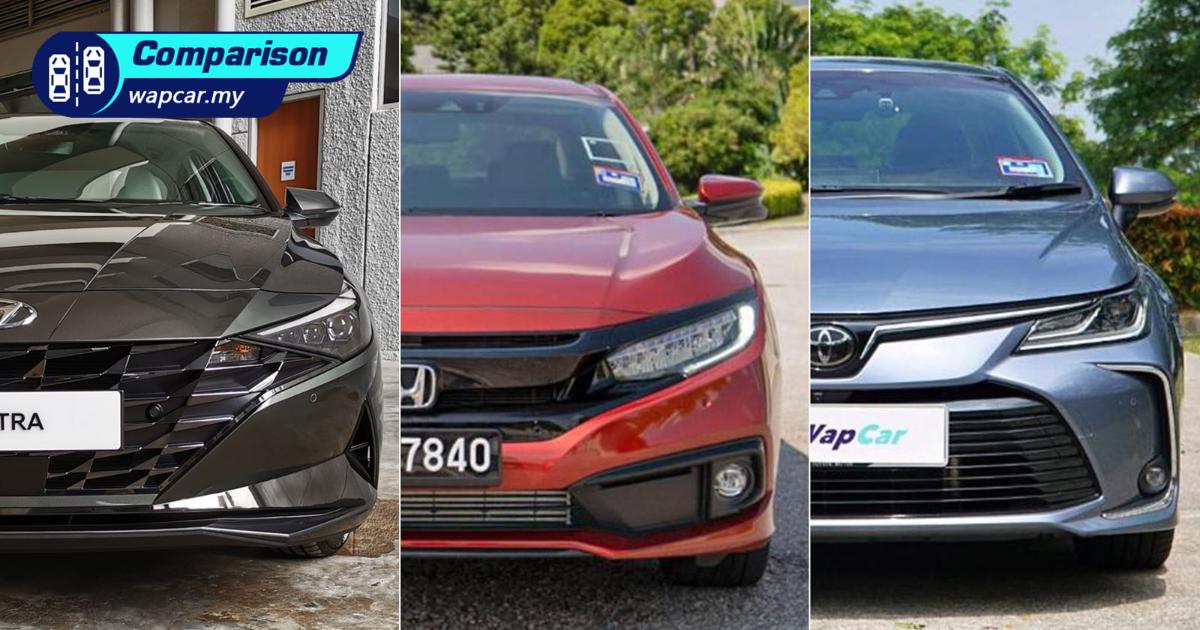 Starting from RM 158,888 (on-the-road, without insurance), the all-new Elantra is set to add some spicy competition to the C-segment sedan market. 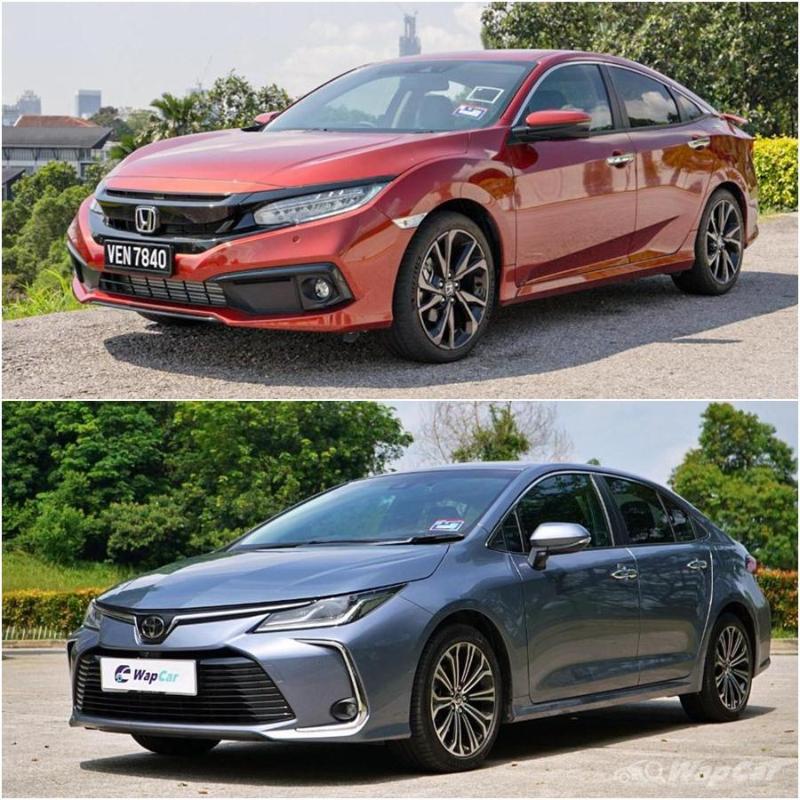 In a market dominated by the Honda Civic, how will the Korean sedan heat up? Will it be as fiery as spicy ramen or will it be a watershed moment? In this comparison, we’ll make it a three-way comparison by adding the Toyota Corolla Altis to the mix.

Previously, we compared the all-new Elantra to the Mazda 3 Sedan. Check that out here to see how the Elantra stacks up.

On paper, the turbocharged Civic (173 PS/220 Nm) could probably win in a drag race due to its superior performance ahead of the Elantra and Corolla. But what is stated in black and white might not have the same effect in the real world, so we’ll keep the three-way drag race in our heads for a while. 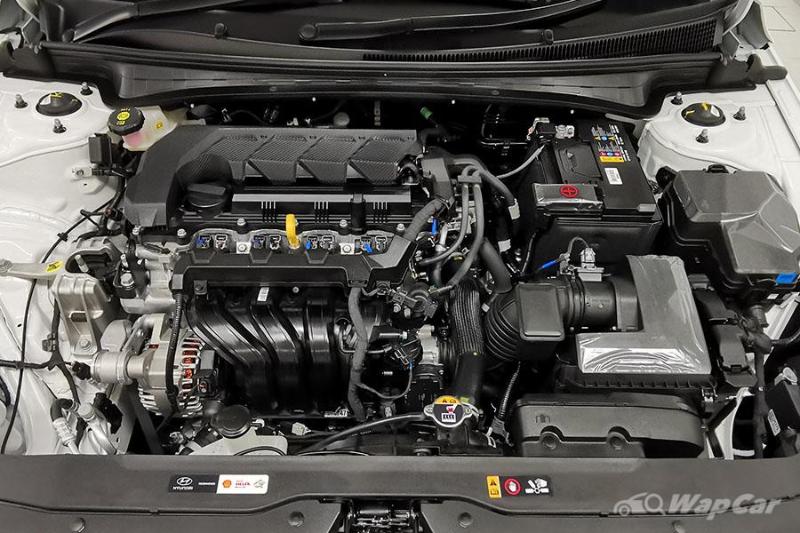 Anyway, both the Elantra and Corolla are powered by naturally-aspirated engines. The Elantra is only offered in a single variant which is powered by a 1.6-litre SmartStream G1.6 MPI (123 PS/154 Nm) engine that is mated to a CVT gearbox with 8 virtual speeds. 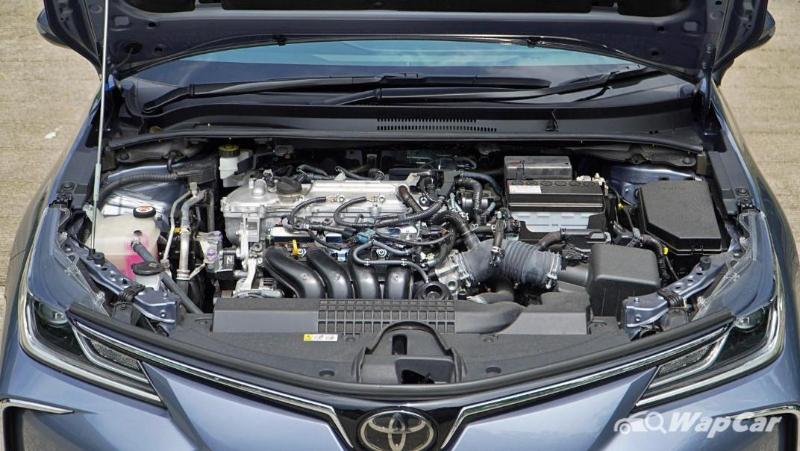 The Corolla is powered by a 1.8-litre 2ZR-FE (139 PS/172 Nm) engine which is also the biggest displacement among the three. But being big here doesn't mean it's the best. 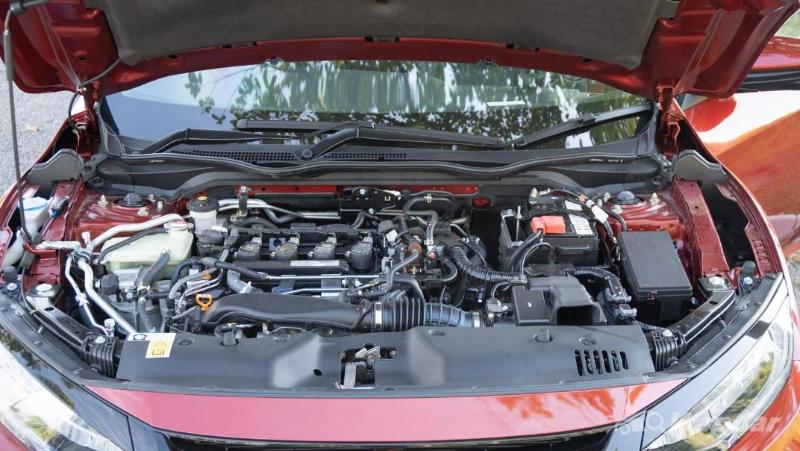 We have driven both the Civic and the Corolla in our reviews. In our tests, the turbocharged Civic managed a century sprint with a time of 8.6 seconds while the Corolla only managed a time of 11.4 seconds.

So, maybe that three-way drag race will see the Civic as huge favourites? You’ll probably have to stay tuned for that. 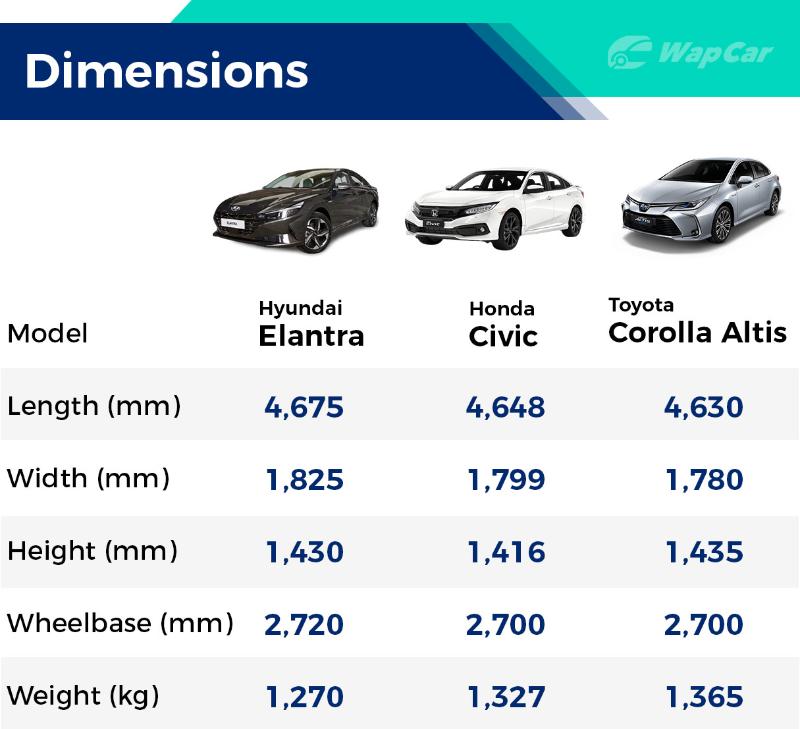 If you’re looking for more space, the Elantra looks like the best bet among the three. According to our table above, you can clearly see the Korean car is slightly more massive than its Japanese counterparts. 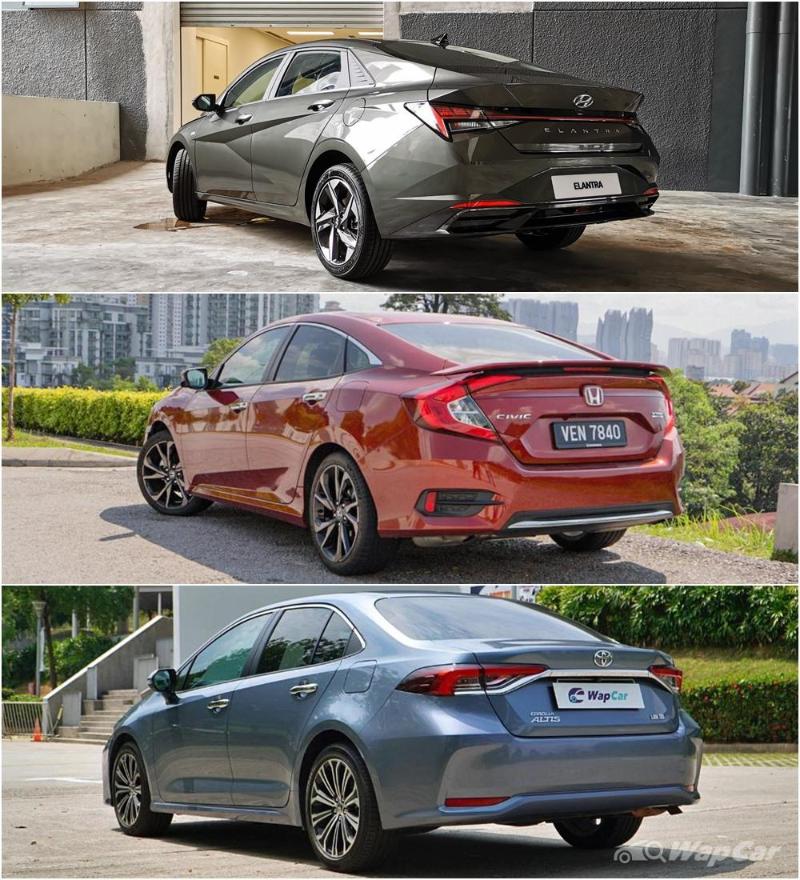 The Elantra is the longest in both length and wheelbase as well as the widest. However, it’s the Corolla which has a slight advantage in height. The Elantra is also the lightest here. 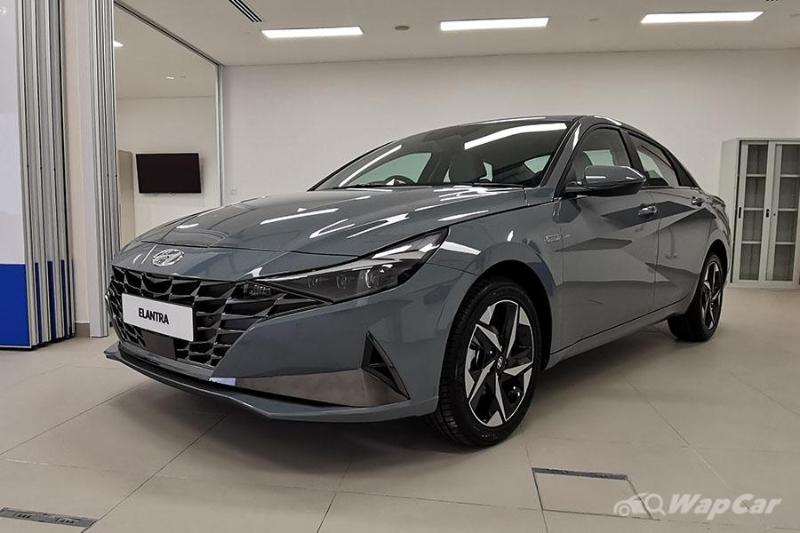 The Koreans have truly come a long way in terms of design and the all-new Elantra is no exception. It looks absolutely pretty compared to its Japanese rivals here. 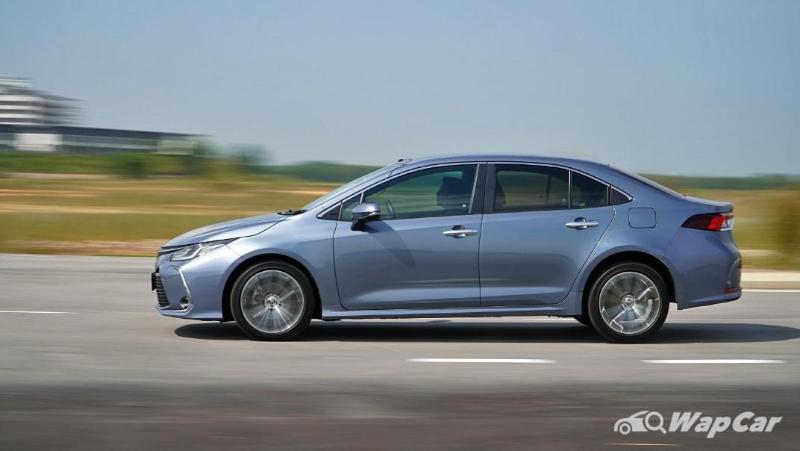 But beauty is in the eye of the beholder. We ranked the Corolla as one of the prettiest common cars and we won’t rebuke that. We just love the details on the Elantra more than what’s shown in the Corolla, let alone the Civic. 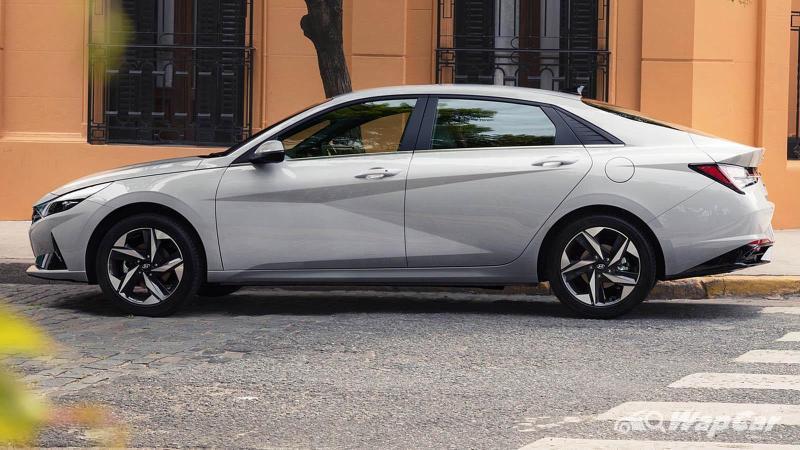 The surfaces and creases on the side of the Elantra for instance reminds one of Chris Bangle’s flame surfacing designs. That’s not a bad thing on a Korean C-segment sedan. 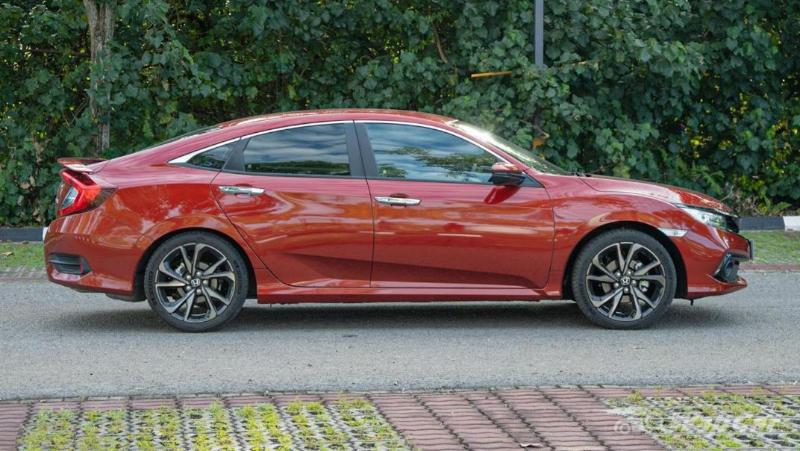 As for the Honda Civic, some might love the ricer racer look, but it is a bit too busy for my taste. I’d have to give this a win for the Elantra followed by the Corolla. 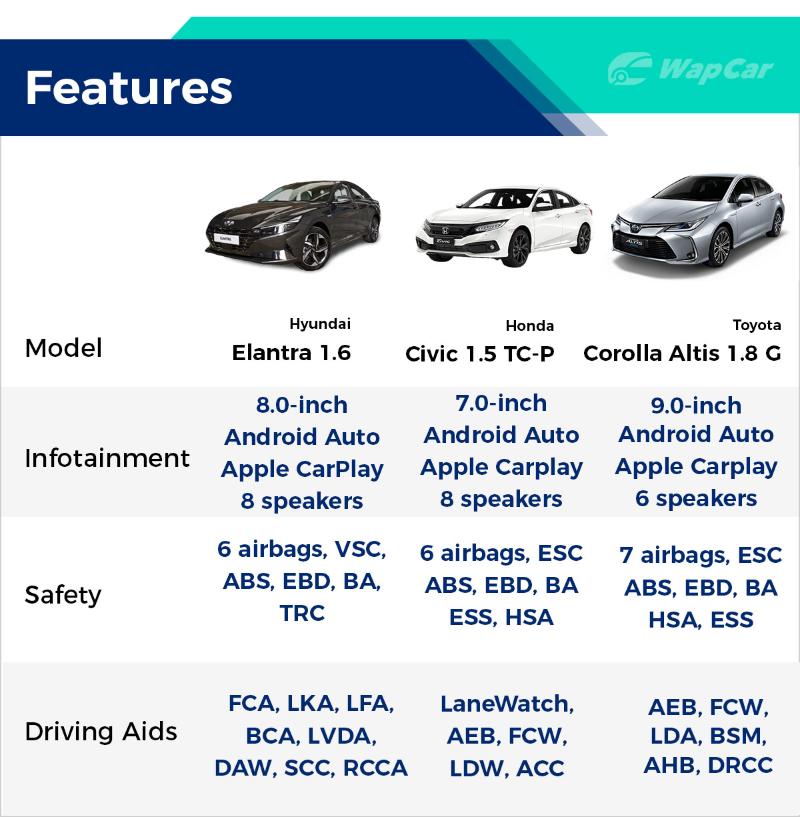 All three sedans offer Android Auto/Apple CarPlay connectivity but you can’t help but admire how advanced and sophisticated the Elantra looks when you step inside. 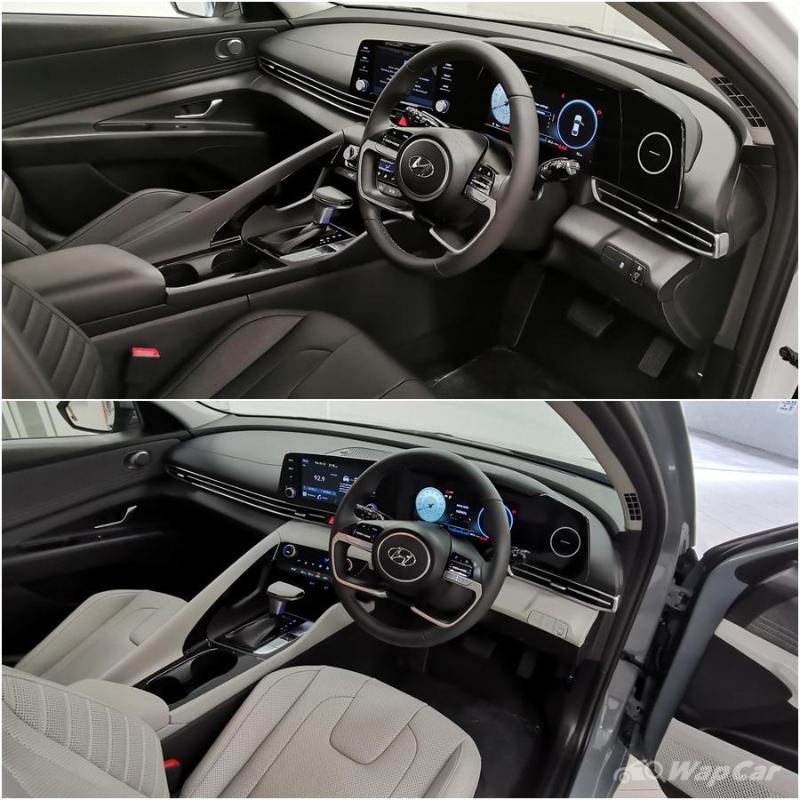 Despite only one variant offered, buyers can choose between 2 different upholstery colours for the Elantra which are Black or Light Grey. Meanwhile, its Japanese rivals only offer black colour upholstery. 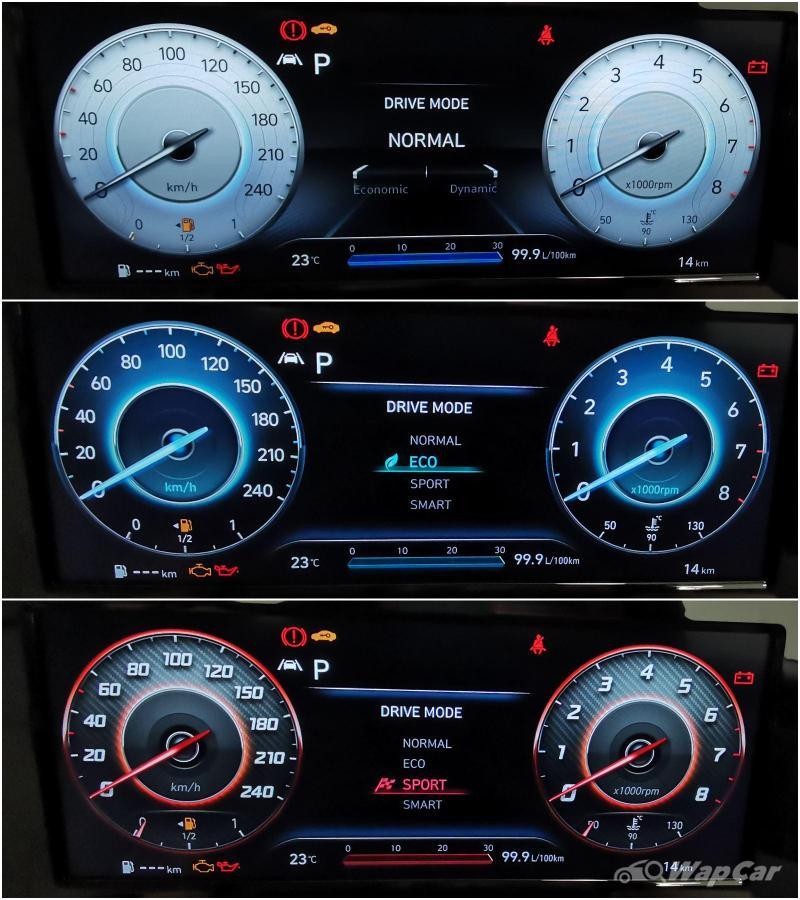 Also different from its rivals is a full 10.25-inch digital instrument cluster which changes according to the drive mode selected. 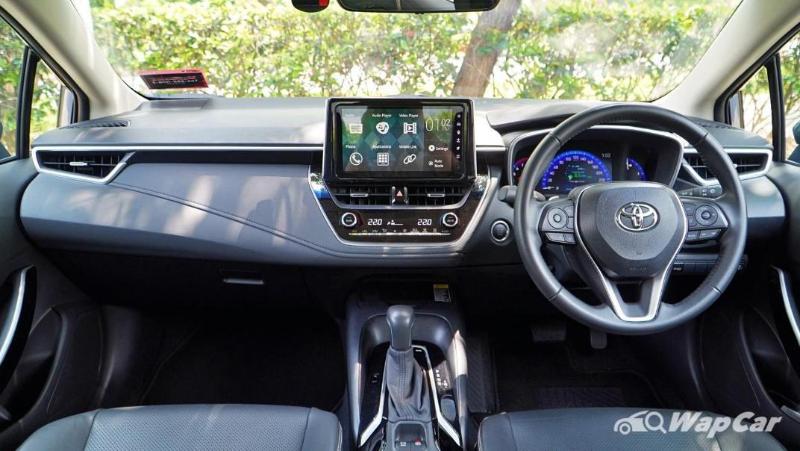 Meanwhile, the Corolla received an update this year which saw a bigger 9-inch infotainment display for the flagship 1.8 G variant. This screen size is the biggest among the three so if you want a bigger screen, the Corolla is clearly your answer. 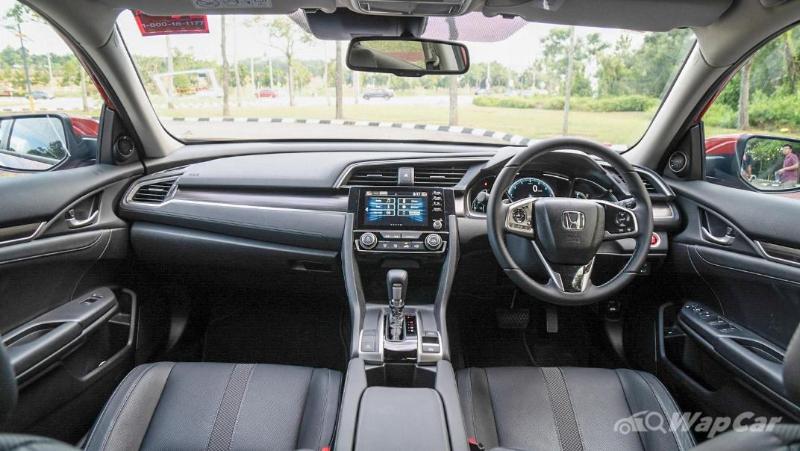 Still, that doesn’t mean the Civic is out of this race. We noted in our comparison between the Corolla and Civic on how practical the latter is. You’re greeted with ample storage compartments so no worries about the Civic’s practicality then. 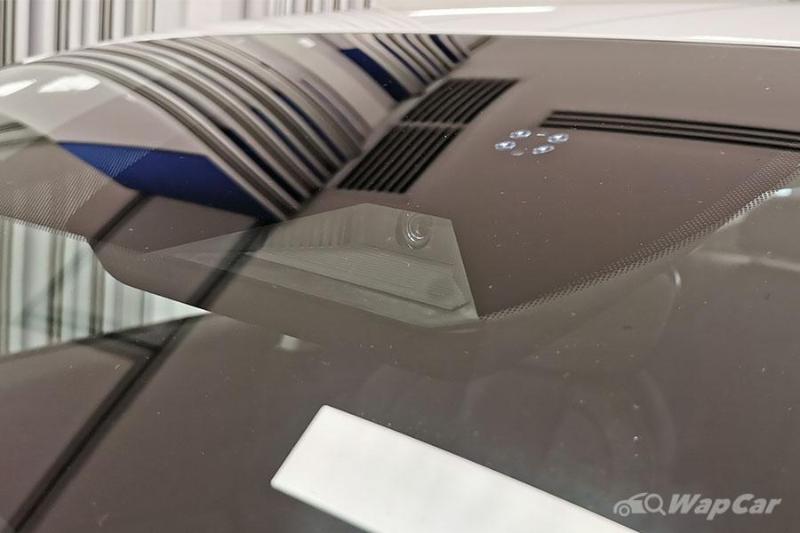 Another feature all 3 sedans have in common is ADAS. The all-new Elantra is the second model in HSDM’s line-up to feature the SmartSense ADAS suite right after the Kona.

As such it is loaded with features including LKA, Smart Cruise Control (SCC) with Stop and Go, and Forward Collision-Avoidance Assist (FCA). 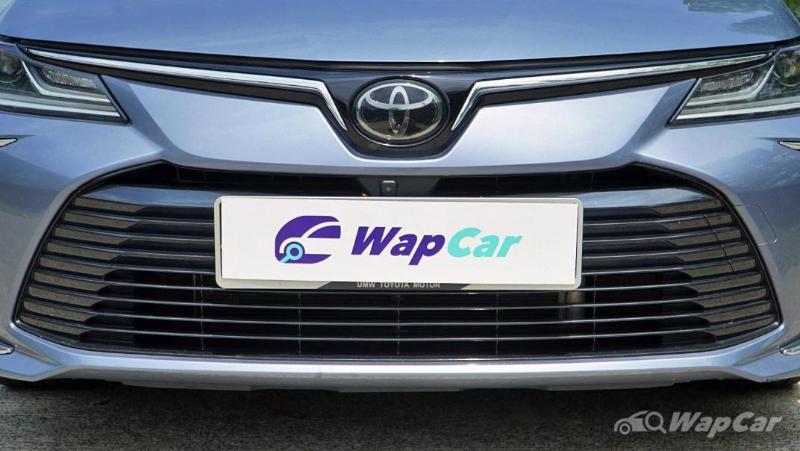 As for the Corolla, the Toyota Safety Sense (TSS) is only available on the highest-spec 1.8 G. This includes DRCC, PCS, and BSM, among others.

Honda meanwhile offers Honda Sensing only on the top-of-the-range Civic 1.5 TC-P. The Civic is also pretty loaded with the usual acronyms like LDW, LKAS, FCW, and ACC with Low Speed Follow. The Civic also gets LaneWatch in place of the blind-spot monitors seen in the Elantra and Corolla.

Price – Beauty comes at a price 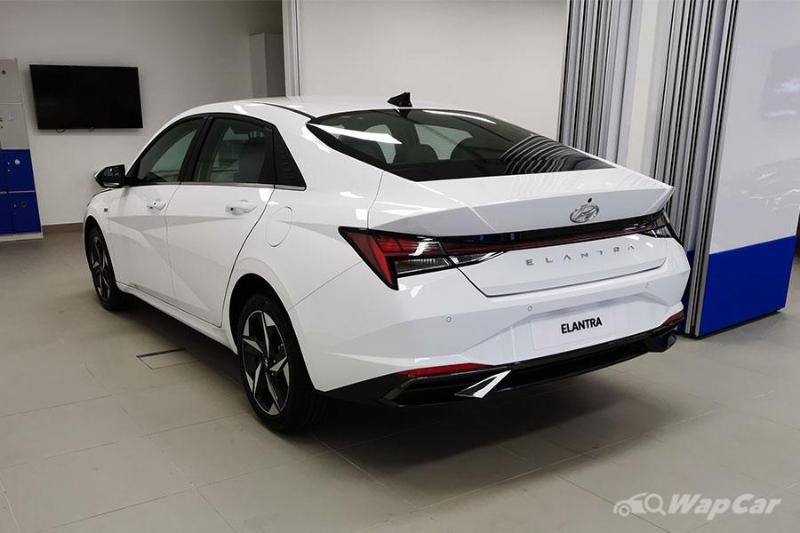 As the Hyundai Elantra starts from RM 158,888, it will be difficult for some folks to consider getting the fully imported (CBU) Korean sedan compared to its much more affordable Japanese rivals. 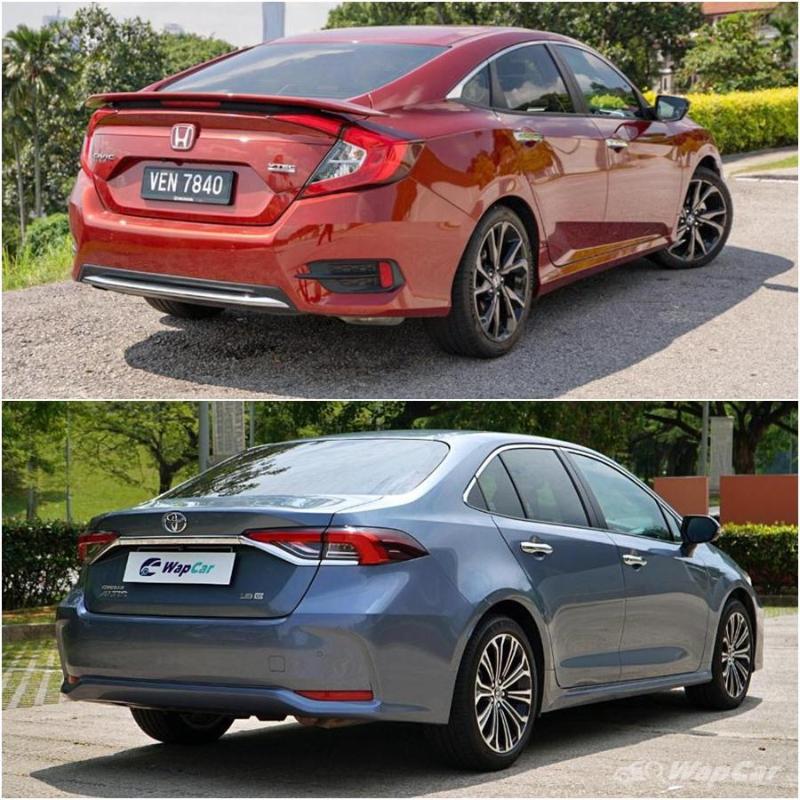 Maybe that’s why the Honda Civic is well-loved by Malaysians. It does offer more bang for your buck in terms of performance with the 1.5 TC-P starting from RM 134,661 (sans SST until 31-Dec 2020). 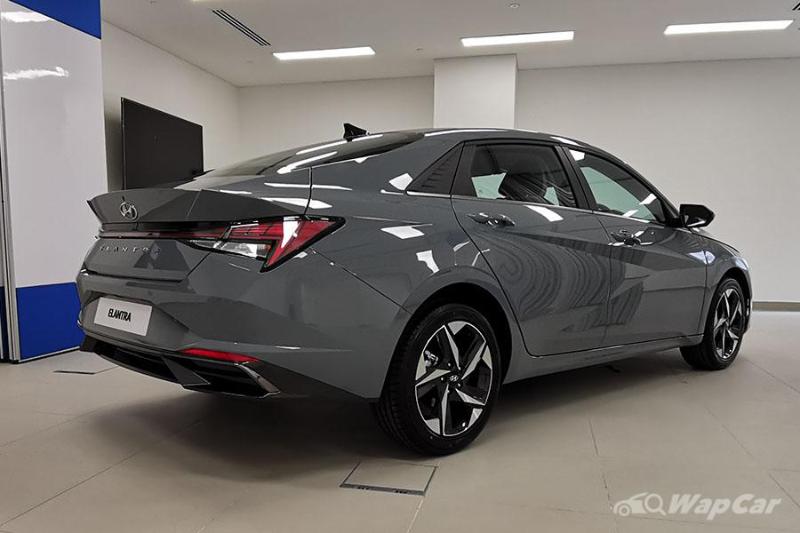 So, would the Elantra be able to take over the Civic's reign? To be honest, no. It is more expensive but for those who definitely want something different, it might be alright to settle for some bibimbap over sukiyaki.