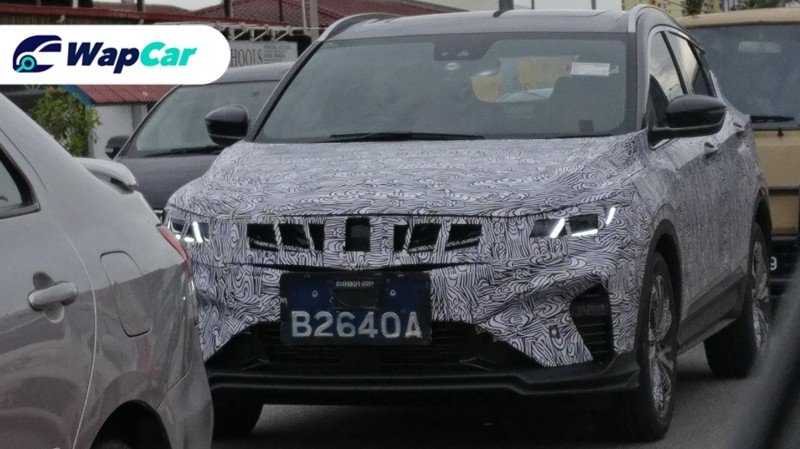 We’ve seen plenty of spy shots of the highly anticipated 2020 Proton X50 but most of the photos were taken of the car’s rear-end. We've even spied the car right next to the Proton X70 as well. Here’s another spotting of the X50 but with the clearest front-end photo ever.

From the photo, we can see that the X50’s daytime running lights (DRL) will be different from the bigger Proton X70’s shape. Instead of a stop inverted L, the X50’s lights will surround the bottom part of the headlights instead.

We can also clearly see the signature Proton Infinite Weave grille will be surrounded by a chrome strip, similar to the Proton Persona and X70. Perhaps it is the tape they use to cover the grille or it is just the gloomy cast of the weather today that gave the grille a piano black finish.

From afar, it looks like the X50 will bear the older Proton logo shaped in a shield, but look closer and you will see that it is just the flap of the tape used to cover the emblem.

The undisguised wing mirrors bears resemblance to the X70 as well, but our spy reports that the standard tilt and slide sunroof rather than the X70’s panoramic sunroof.

A look at the middle of the windscreen with its monocular camera also tells us that the X50 won’t miss out on safety features either. The new SUV will most probably come with AEB and Collision Warning though it remains to see if the car will come with Lane-keeping Alert and BSM as well.

Thanks to Che Mahmud for the tip!