HomeNewsReview: Toyota Vios - This over the Honda City? 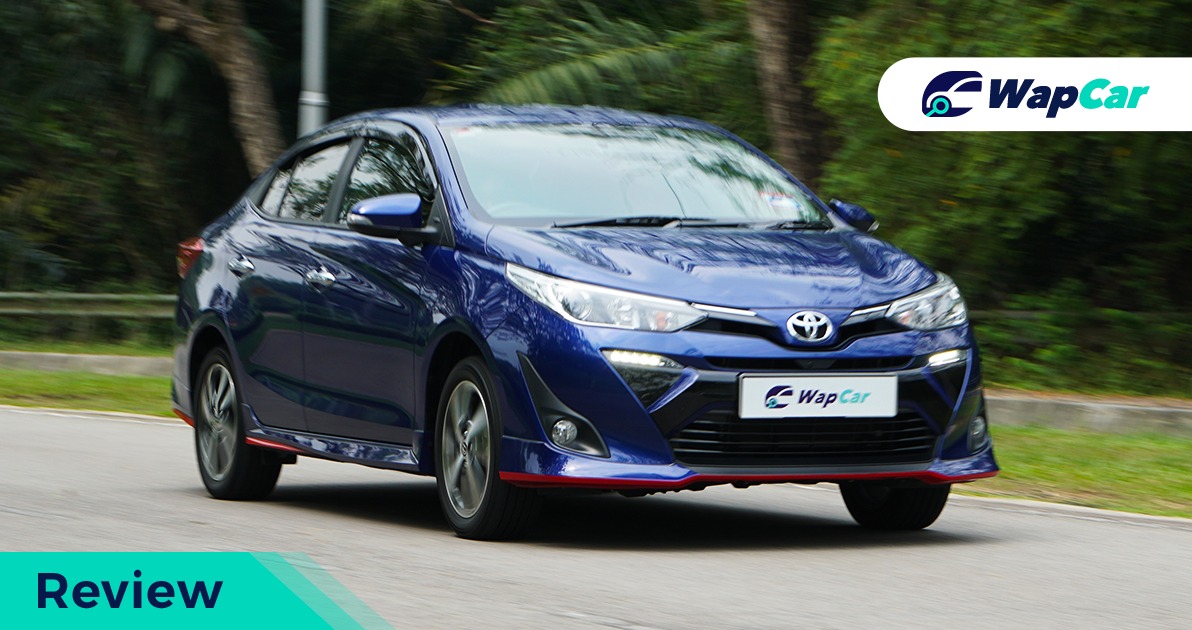 To begin with, a full disclosure – my daily is a 2014 (third generation pre-facelift) Toyota Vios and some bias may be involved in this review, but not in the way that you think, it's actually against the Toyota Vios.

Personally, the Toyota Vios has never been appealing because to me, it is merely a means to avoid our national brands. And when my family decided to get one back in 2014, needless to say I wasn't particularly thrilled by the news.

But personal preferences aside, the reasoning behind getting a Toyota Vios was and still is perfectly understandable. It's comfortable, relatively cheap to maintain and most importantly, reliable. There's also resale value but its importance could spark a whole debate.

The Toyota Vios' merits are difficult to argue against, but the biggest issue of the pre-facelift Vios is the equipment level. There were only 2 airbags, no stability or traction control, not even in the range-topping variant. Honda City vs Toyota Vios, it's clear why the Honda City overtook the Vios as the B-segment sedan leader. 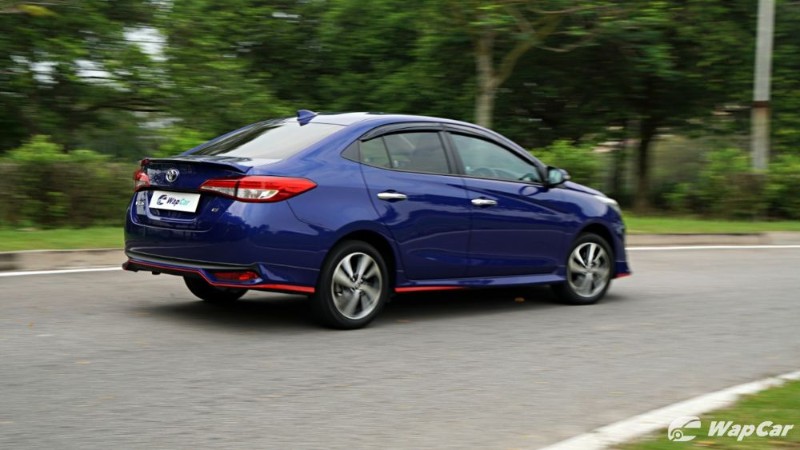 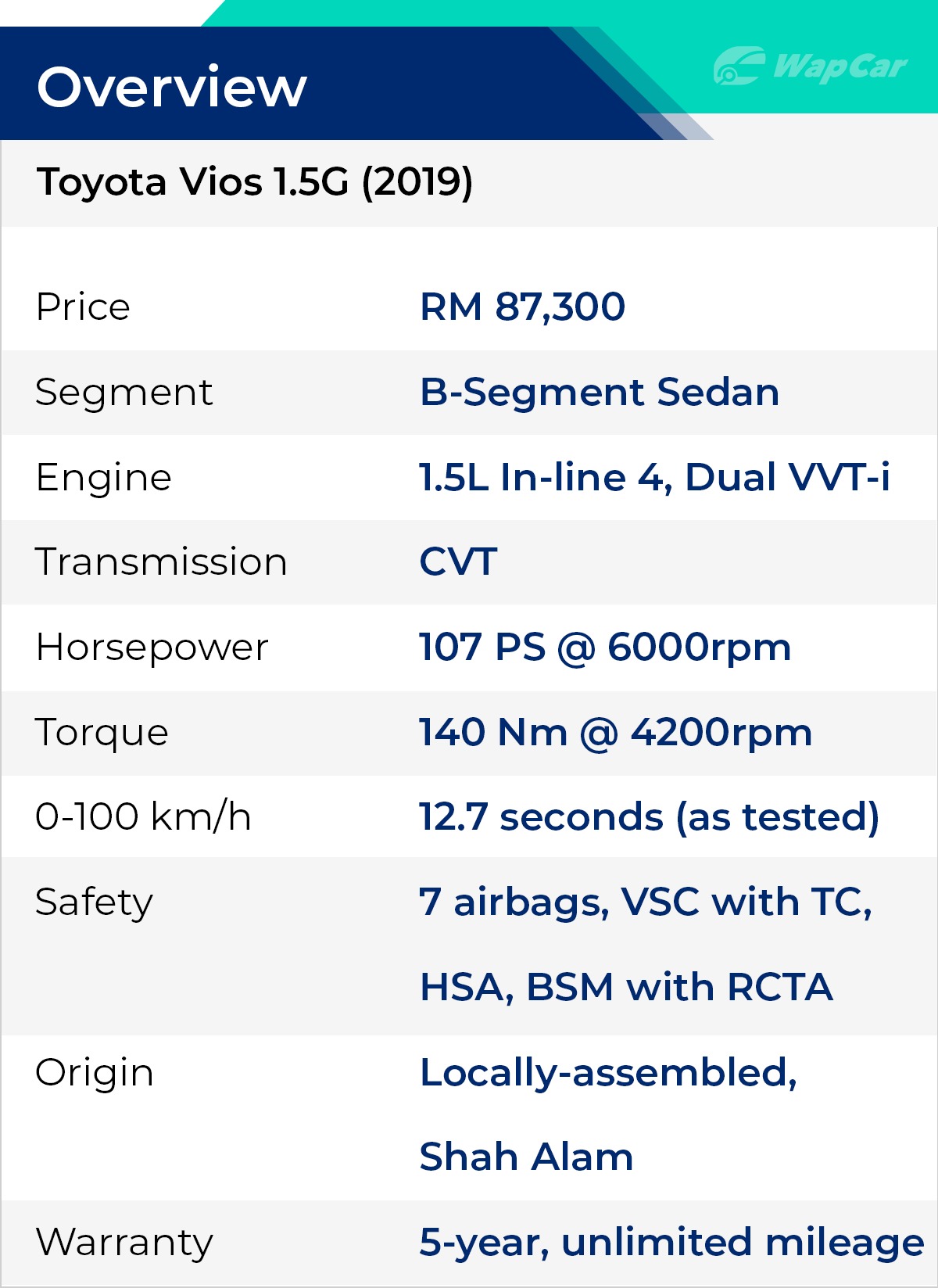 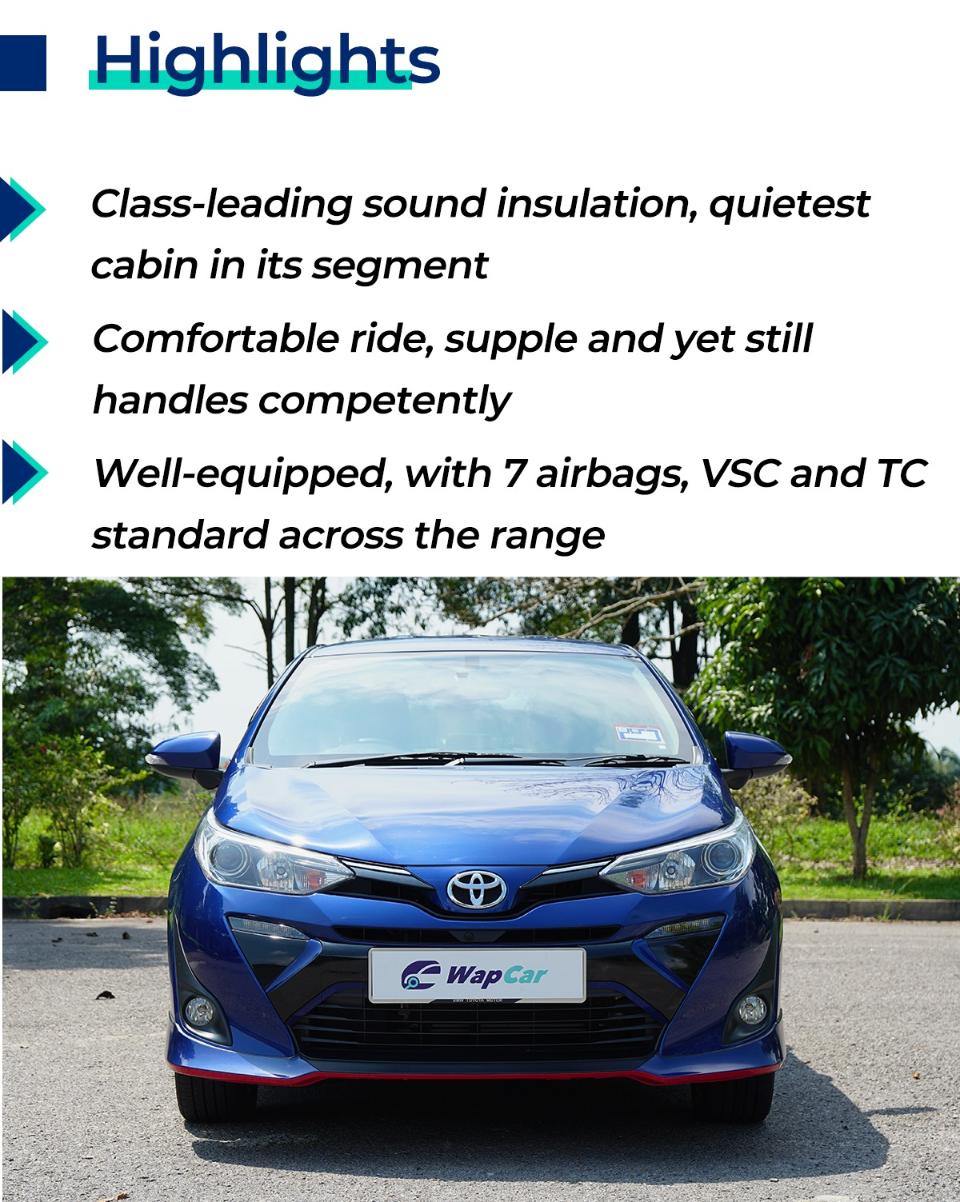 The Toyota Vios went from one of the most scarcely equipped cars in its segment to, presently, the most well-equipped one. Credits where it's due, good on you Toyota. 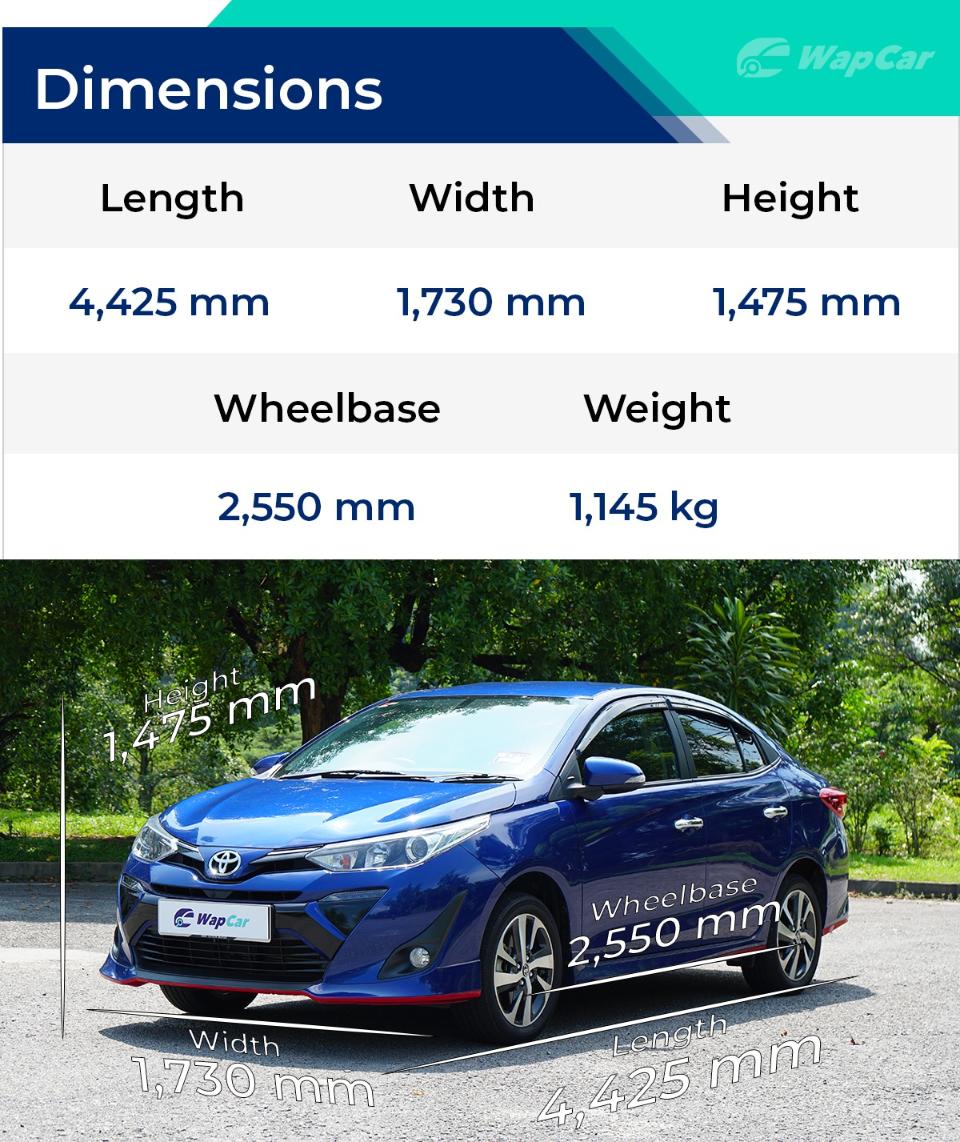 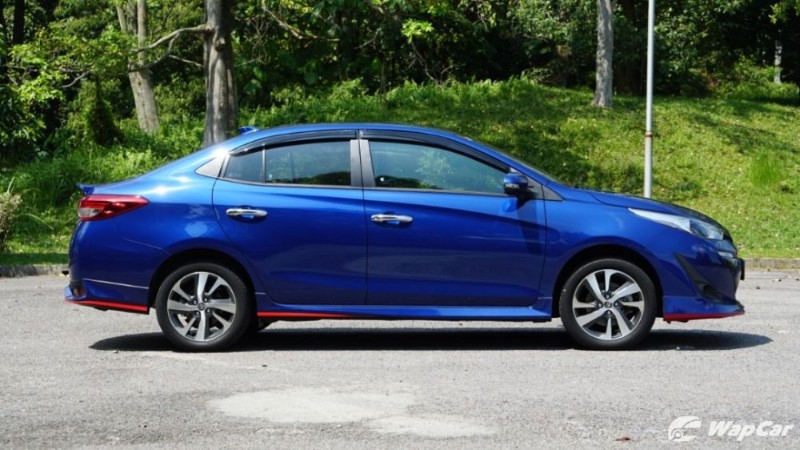 I do like the skirts on the bumpers and sides however, they make the car look like it's sitting lower. Depending on the colour option, the red highlights may or may not tickle your fancy. The ducktail spoiler is a nice touch too. 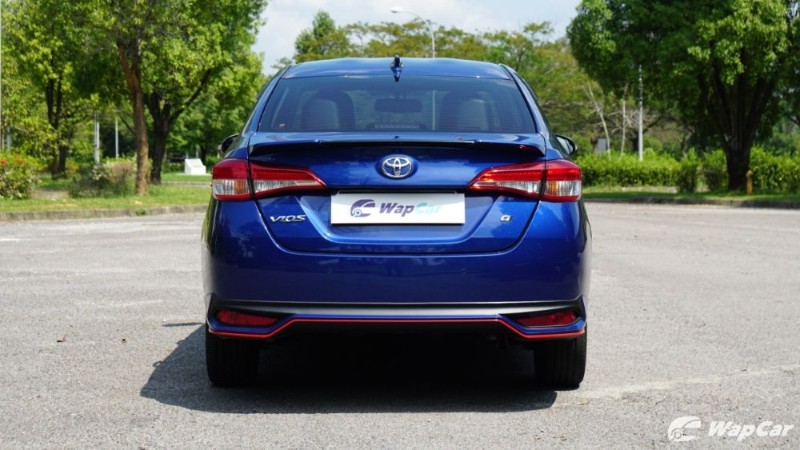 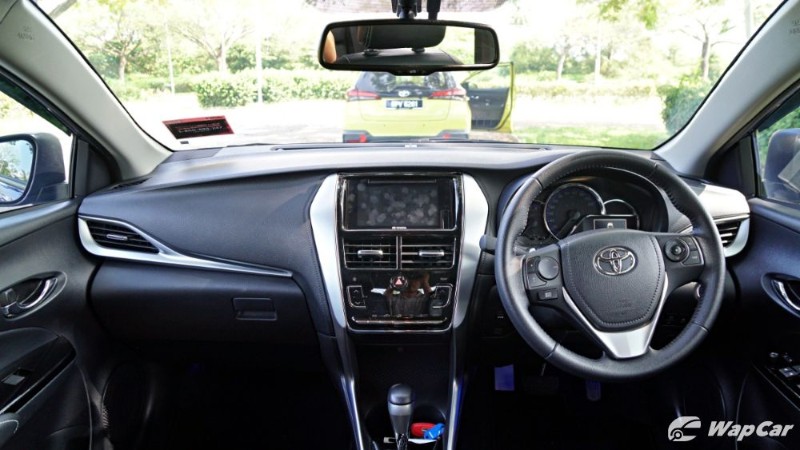 Which brings me on to one of the very few gripes I have with this car – it still lacks telescopic adjustment on the steering wheel. For years I have been moaning about how I couldn't find an ideal driving position in the previous model because the steering wheel is unable to reach closer to me.

It's the same with this one, I would either have to set the backrest to a very upright position or move the seat closer to the wheel, or both. Though individuals with a smaller build or those who are used to driving with their arms stretched might not face this issue. 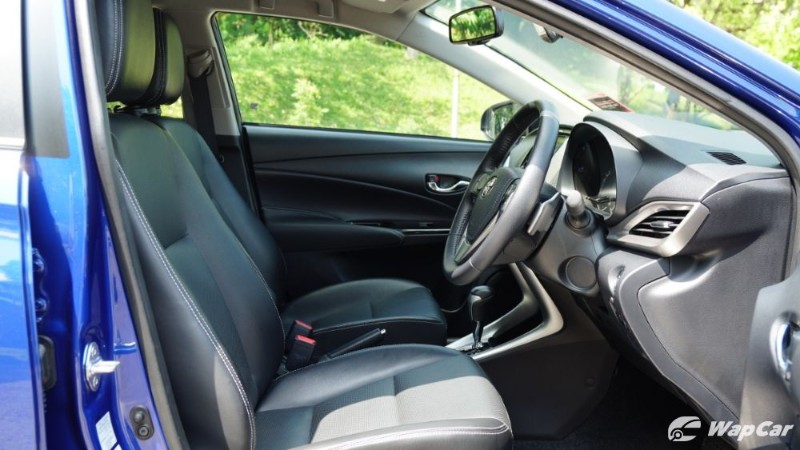 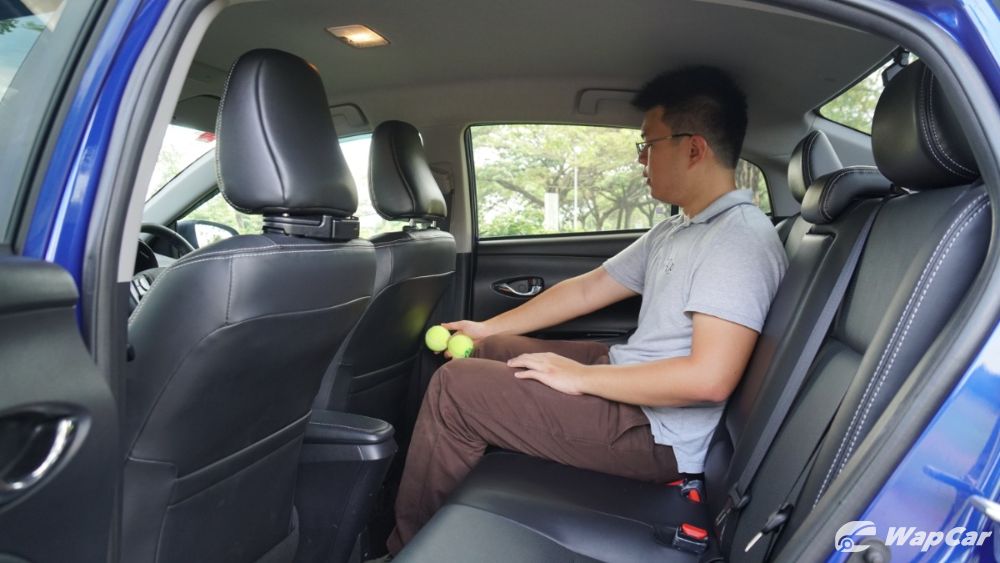 And that's about all the negatives I have for this car. Storage spaces have slightly improved; the space north of the gear lever is better utilized now, with 2 cupholders but they did remove the rather clever ones that pop out from the dashboard in the previous model. There's also a drawer on the driver's side beneath the switches to store your cards and whatnot. 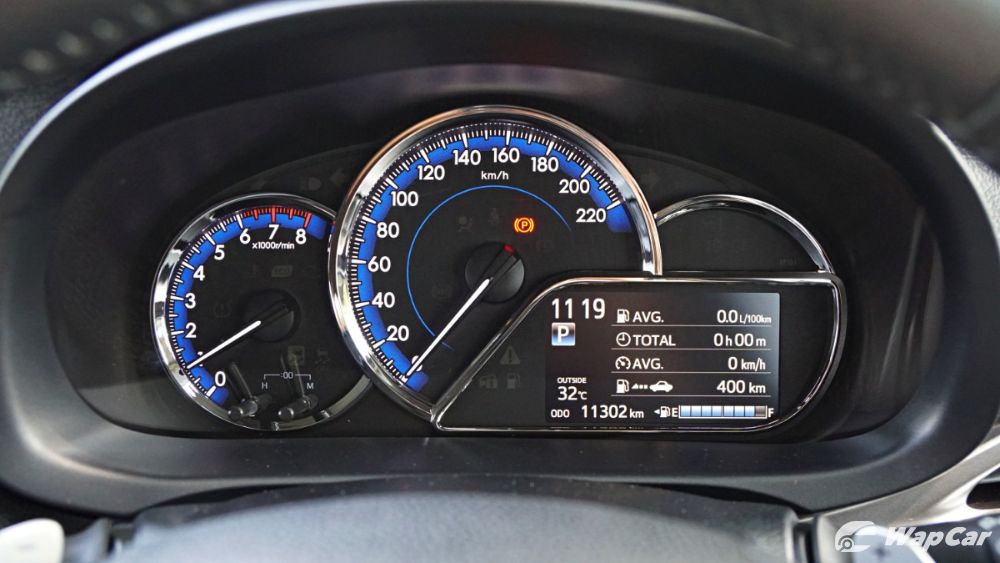 The new Optitron instrument cluster looks great with clear and easy to read fonts, and a 4.2-inch multi-info display that puts on a nice startup animation each time. Air-conditioning is now automatic with digital display. Still no rear air vents but it should be said that the air-conditioning, set at 24 degrees, is able to sufficiently cool the cabin on a hot day. And this isn't the salesman in me speaking, really. 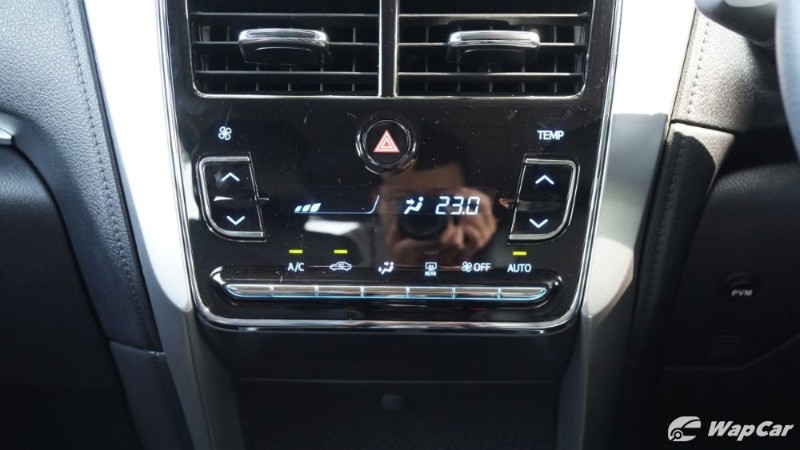 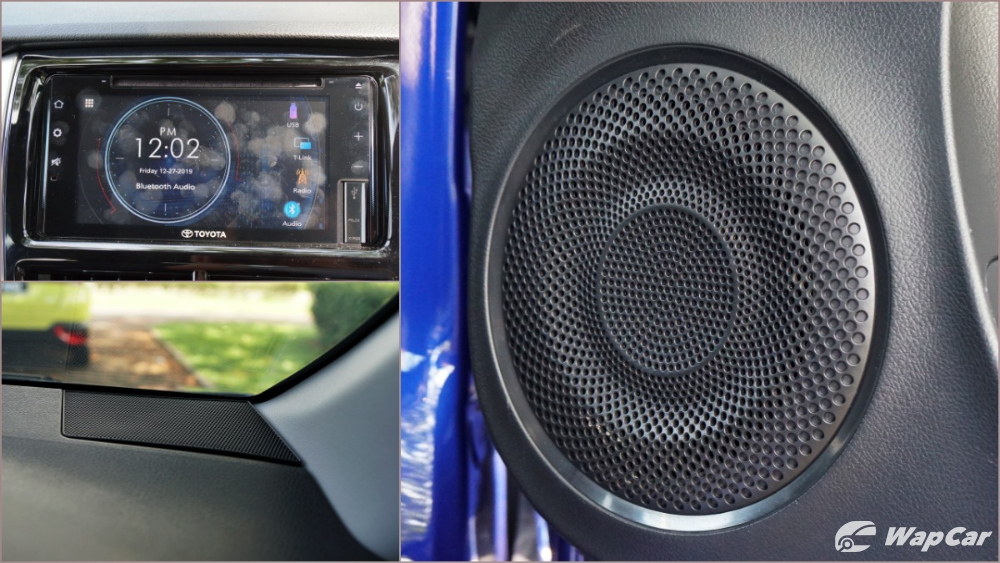 The sound is rich with meaty low-end and mids with decent imaging from the repositioned tweeters. Highs or treble is a little reserved when all sound effects are disabled and the equalizer flattened, but slight tweaks on the equalizer will easily add sparkle. And that's all it needs to get a well-balanced sound, just avoid those artificial sound effects.

The 2019 Toyota Vios feels less light-footed than before or even the Honda City for that matter. It doesn't leap off the line as eagerly, which lends itself to a more mature behaviour. 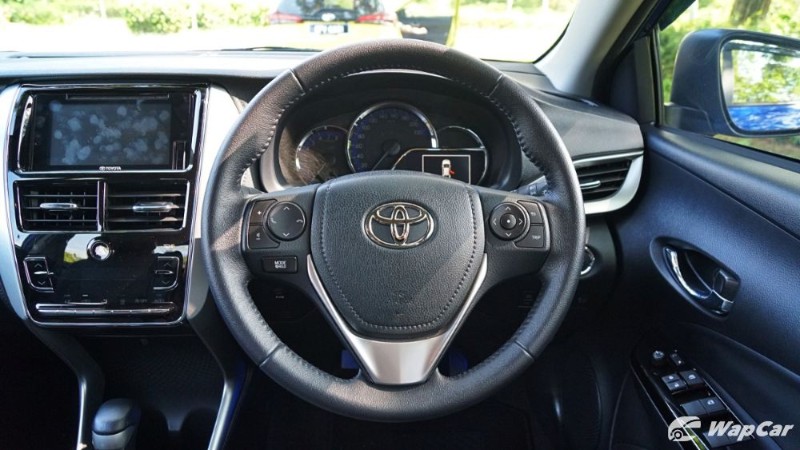 As much as I would like to bad-mouth the CVT, it actually suits the car's behaviour. Power delivery is linear with broad spread of torque. Couple that with the retuned suspension and improved sound insulation, the CVT enhances the smooth riding nature.

The steering still doesn't provide much feedback, which is expected of all new cars but it feels stiffer and the weight is spot on. There is also slightly less vagueness on center, making it less of a guesswork to tell which way the wheels are pointing on the highways. 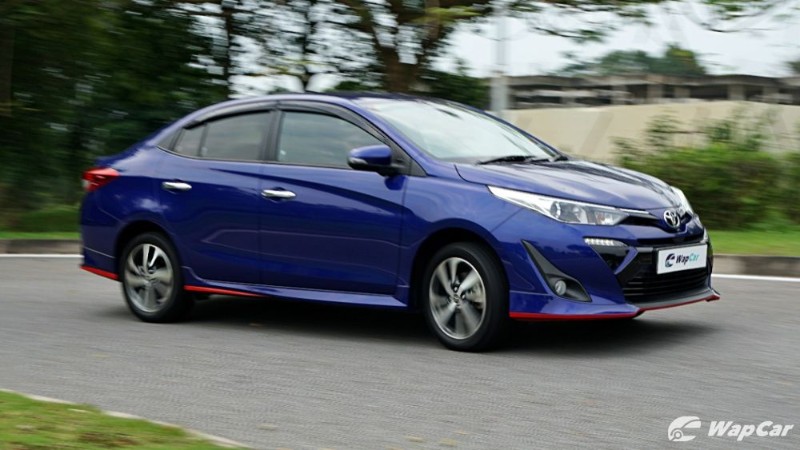 Initially, the soft suspension wouldn't boost confidence in the corners. But have faith in it, trust that it will go whichever direction you point it to and stay on track. It is also very forgiving in which it takes a lot to unsettle the car. So its handling is best described as competent and safe.

However, there is only one issue disrupting the pleasant driving experience – the beeping sound from the blind spot monitor when the indicator is engaged. It cannot be disabled and may even startle drivers unfamiliar with the car. Funnily, the Toyota Yaris doesn't suffer from this issue. 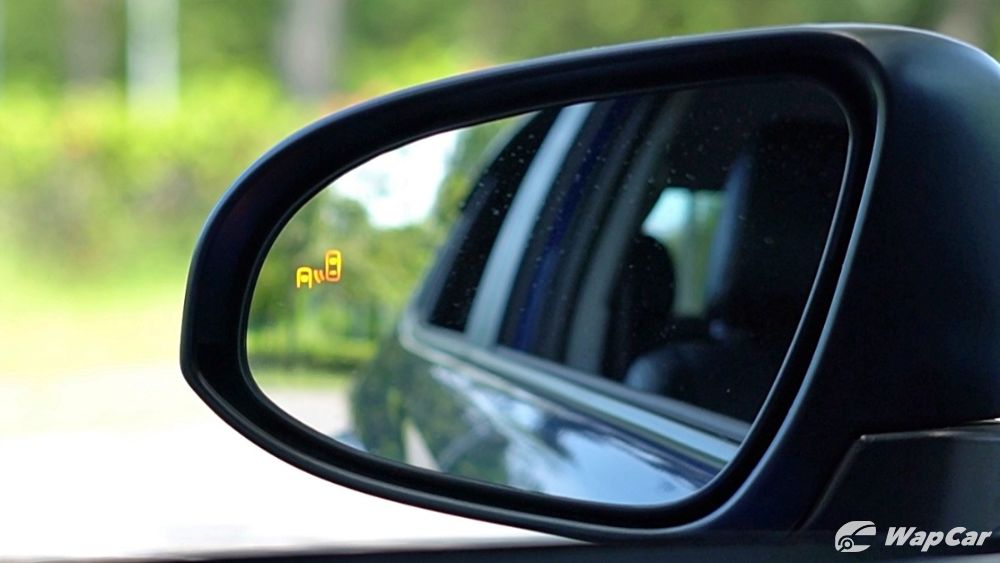 This is where the 2019 Toyota Vios outshines all its rivals. As mentioned previously, the suspension is retuned for a softer and suppler ride along with a more rigid body. 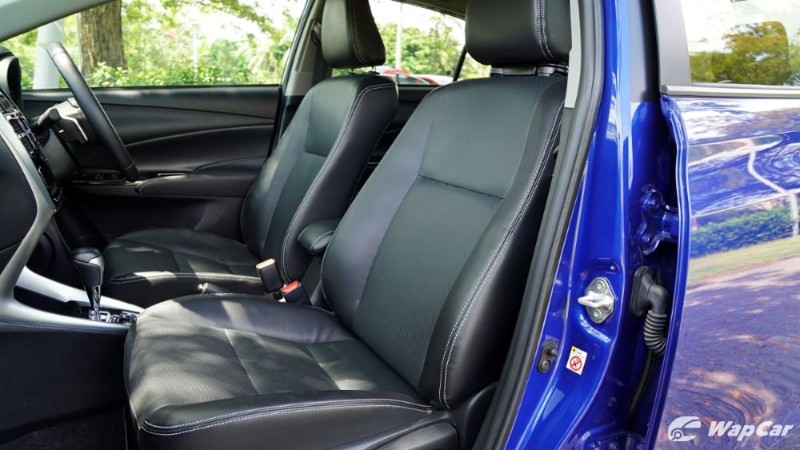 The seats look and feel the same as before, which in this case is not a problem because it's comfortable and supportive. The side bolsters hug you in place and the seat sculpture doesn't give backaches on long journeys, to me at least.

Sound insulation is class-leading, the previous model wasn't exactly noisy but there is always room for improvement. Engine noise is far better suppressed and only gets vocal when pushed hard, and even then, it's quieter than before. Tyre noise is also less intrusive which has strangely amplified the wind noise. At 110 km/h, slight ruffling noises can be heard from the side windows whereas in the previous model, it would be disguised by the engine and tyre noise.

Based on the calculation between distance travelled and amount of fuel filled up, the Toyota Vios returned 6.8 litre/100 km. However, the trip computer indicated an average of 16.9 km/litre which is about 5.9 litre/100 km. Find out how it compares to the pre-facelift model here.

The 2019 Toyota Vios does everything its predecessors were known for and does it even better. It's exceptionally comfortable, returns great fuel economy, and is finally well-equipped. 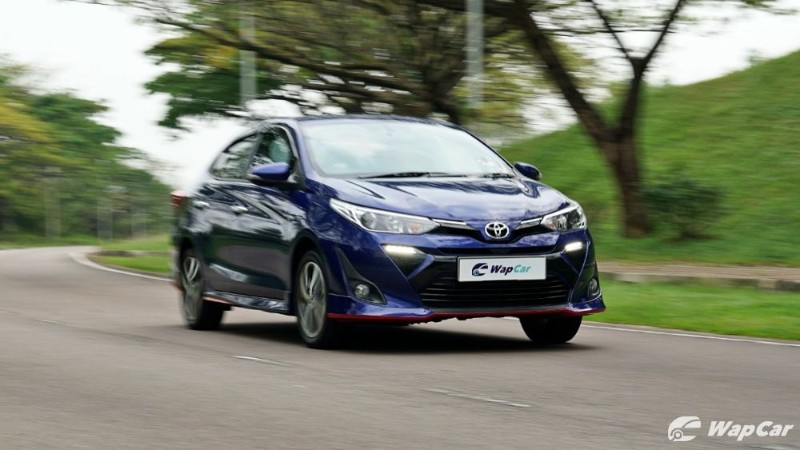 Honda City vs Toyota Vios, the Vios comes up short on interior space, telescopic adjustment on the steering wheel and full LED headlamps on the range-topping V variant. But the Vios is better equipped in terms of safety features, has a quieter cabin and rides better, never mind the all-round disc brakes.

If you ask me, and as much as I've never been a fan, the Toyota Vios wins this round. It's an improvement over the pre-facelift model from just about every aspect, which makes me like mine even lesser now. 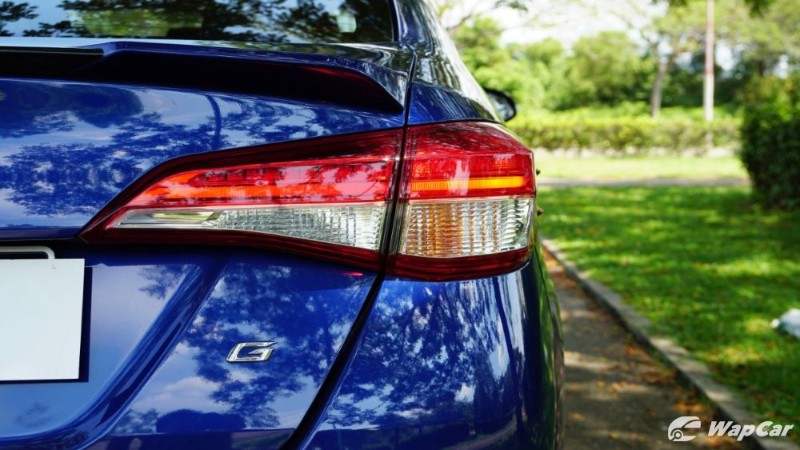 Would I trade my current daily for the new Toyota Vios? In all honesty, no. But only because I am looking forward to what comes next. Perhaps a TGNA based Vios like the globally revealed Yaris. Can't wait.