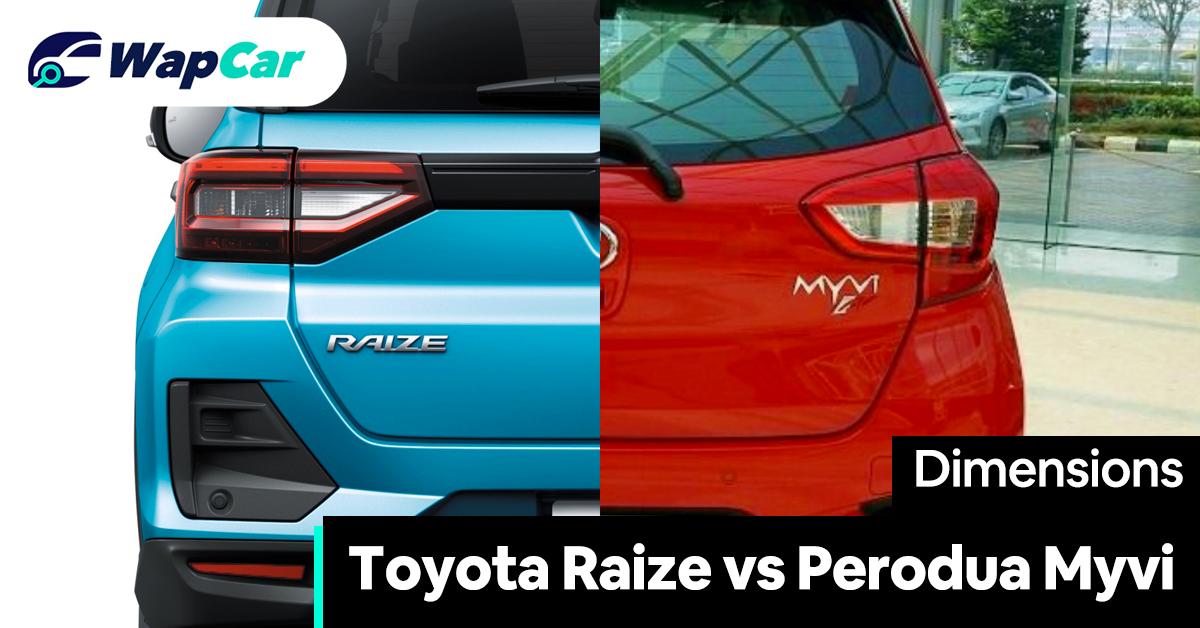 One look at the Toyota Raize/Daihatsu Rocky twins and it's obvious that the compact SUV’s overall silhouette bares massive resemblance to the Perodua Myvi. The Daihatsu Rocky is produced by Daihatsu Motor Co., Ltd which also does contract manufacturing for Toyota, which sells the same car as the Toyota Raize. While the Raize/Rocky might look like a bigger and taller Myvi, but the size of the SUV is not that much different from the little hatchback. 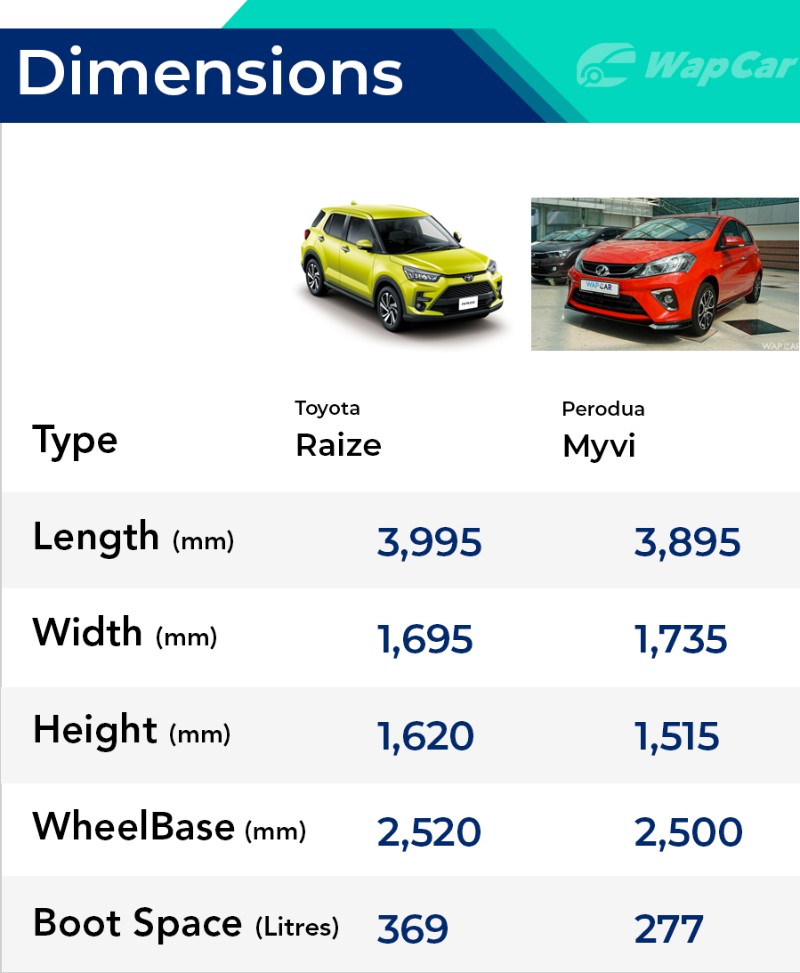 Compared to the Perodua Myvi, the Toyota Raize is only 100 mm longer and 40 mm narrower than the hatchback that measures at 3,895 and 1,735 mm in length and width. As such, the Toyota Raize/Daihatsu Rocky is classified as a B-segment SUV. 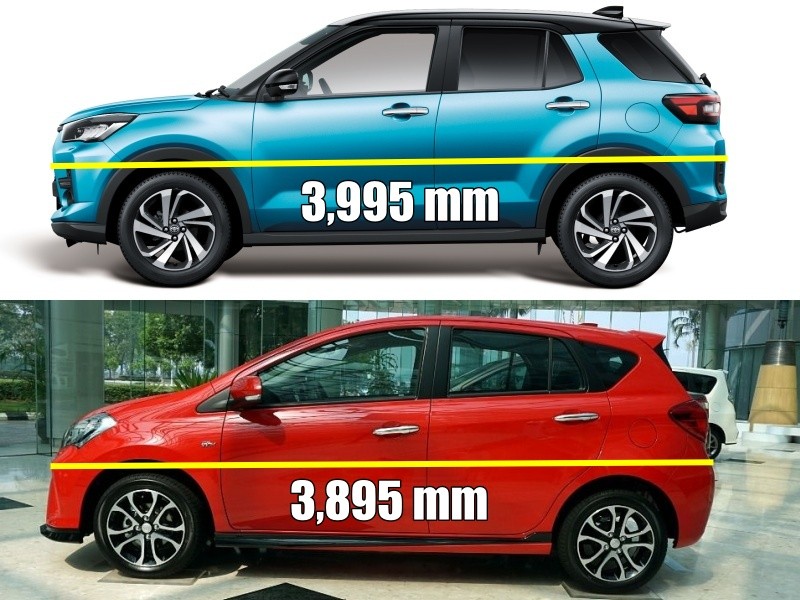 Even in terms of height, both cars do not differ as much as expected. Though the Raize/Rocky is an SUV, it is only 105 mm taller than the Myvi’s 1,515 mm.

The largest difference between the two cars is the boot space. The Perodua Myvi has a 277-litre boot, which is significantly smaller than the Toyota Raize/Daihatsu Rock’s 369-litre boot. The Raize/Rocky has a two-tiered boot floor that helps optimise the usage of the boot space. 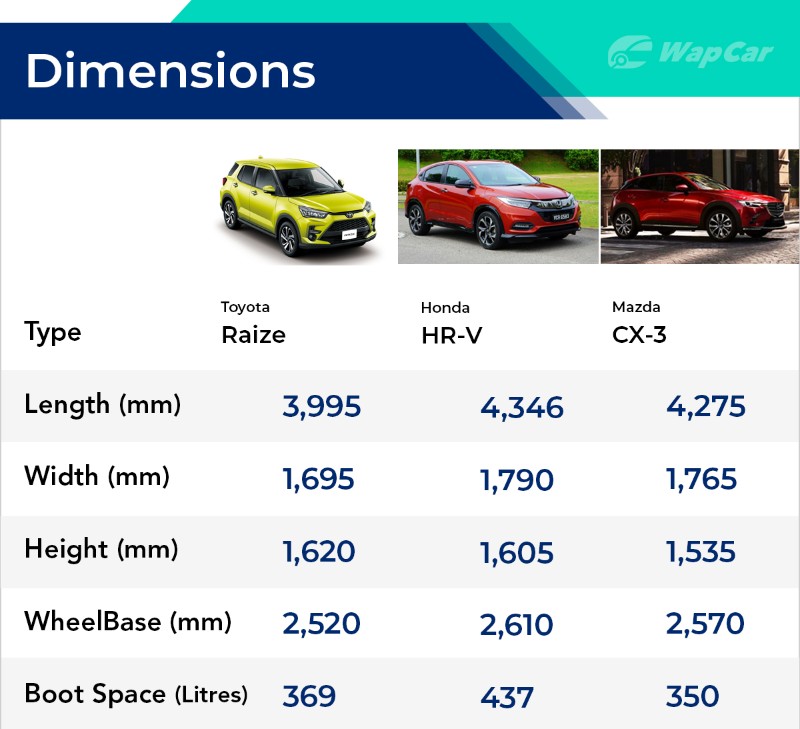 Meanwhile in Malaysia, Perodua is working on a compact SUV project codenamed D55L, widely believed to be a Perodua version of the Toyota Raize/Daihatsu Rocky.