Home > News > Premium SUVs can move aside, the all-new 2021 Hyundai Tucson will be the best SUV on sale

Premium SUVs can move aside, the all-new 2021 Hyundai Tucson will be the best SUV on sale 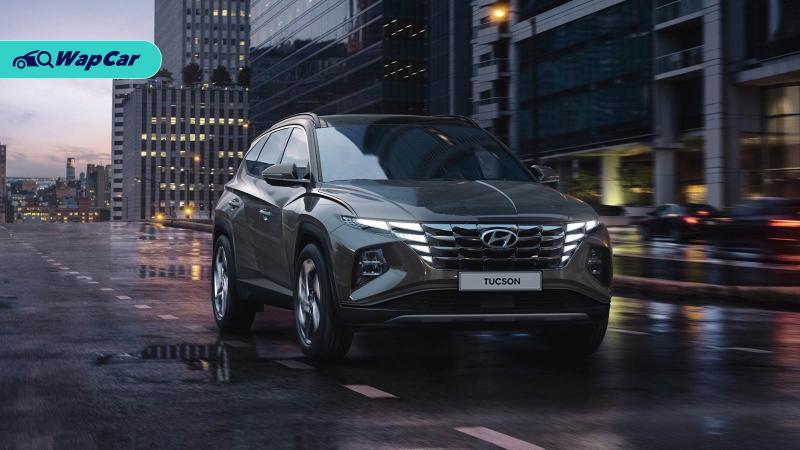 This is the all-new, fourth generation 2021 Hyundai Tucson. It will go on sale in Korea this month, while overseas markets will begin launching the model from the first half of 2021 onwards. 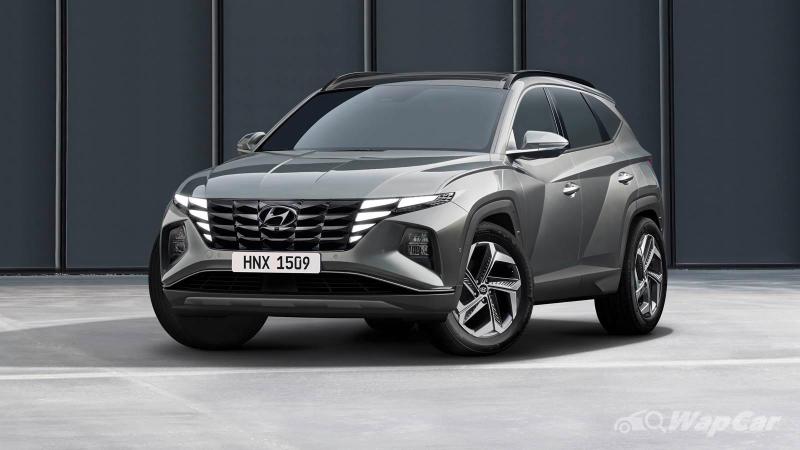 Globally, the five-seater C-segment SUV will go up against the Honda CR-V, Mazda CX-5, Toyota RAV4, Volkswagen Tiguan and Nissan X-Trail, but with a twist. 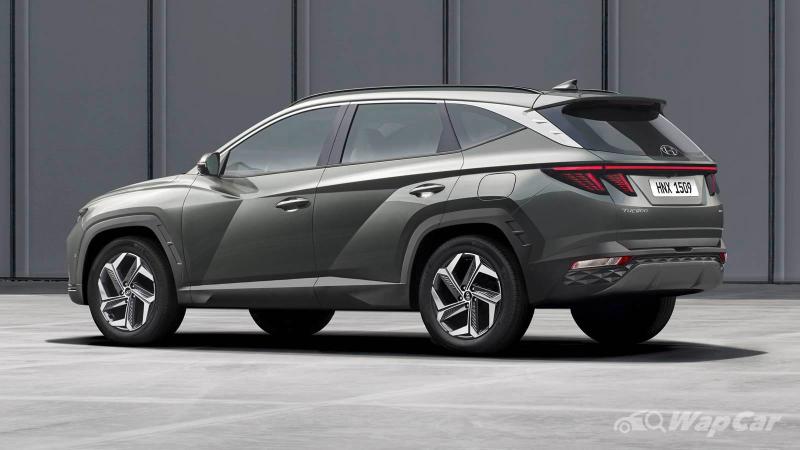 Like the Volkswagen Tiguan, the latest Hyundai Tucson will be offered in two wheelbase length, 2,680 mm and 2,755 mm. However unlike the Tiguan and Tiguan Allspace, both Tucson variants are strictly five seaters. 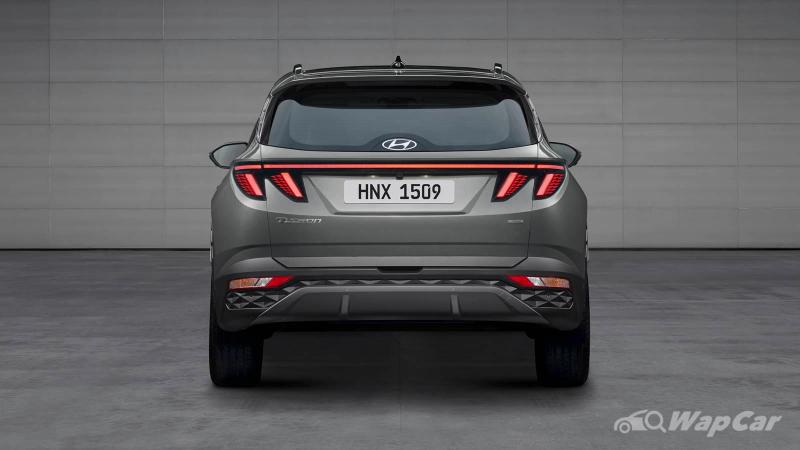 There are nine engines on offer, all Smartstream series ones. American market models will get a 2.5-litre naturally aspirated direct injection 4-cylinder that makes 190 PS and 247 Nm, paired to an 8-speed automatic transmission. 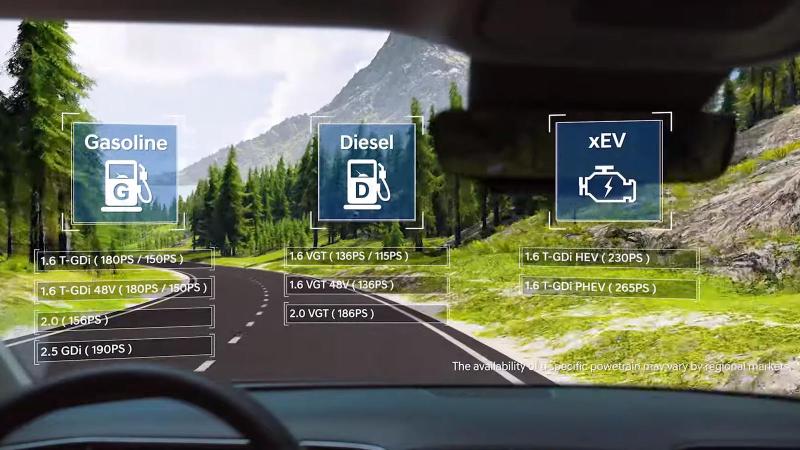 Korea and Europe will get a 1.6-litre turbocharged direct injection unit, which is available in various states of tune, from 150 PS to 180 PS. It’s paired to a 7-speed dual-clutch automatic transmission. 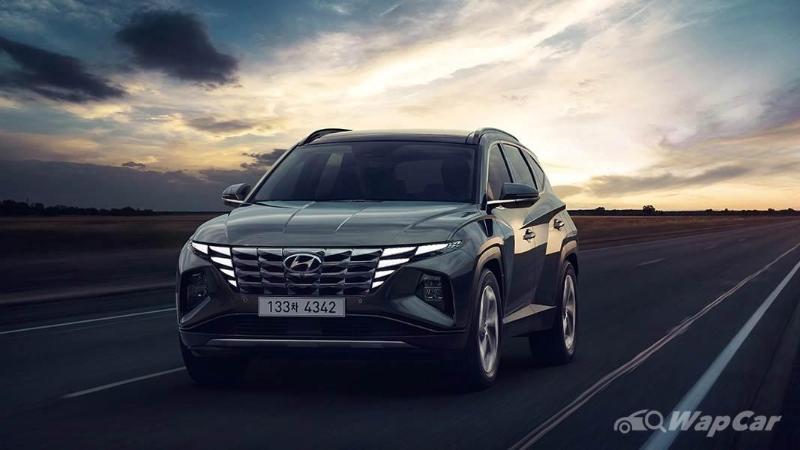 That same 1.6-litre engine is also available either as a hybrid or a plug-in hybrid. The former makes a combined output of 230 PS and 350 Nm, thanks to a 44.2 kW motor driven by a 1.49 kWh lithium-ion polymer battery. It’s paired to a 6-speed automatic.

The plug-in hybrid makes 265 PS but details are still yet to be released. 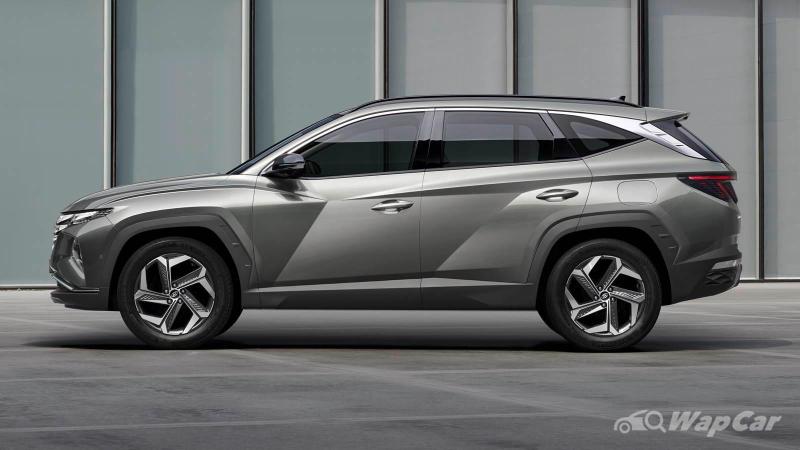 The HTRAC all-wheel-drive system is also available, and depending on markets, now add Mud, Sand and Snow to the usual Eco / Comfort / Smart / Sport driving modes. 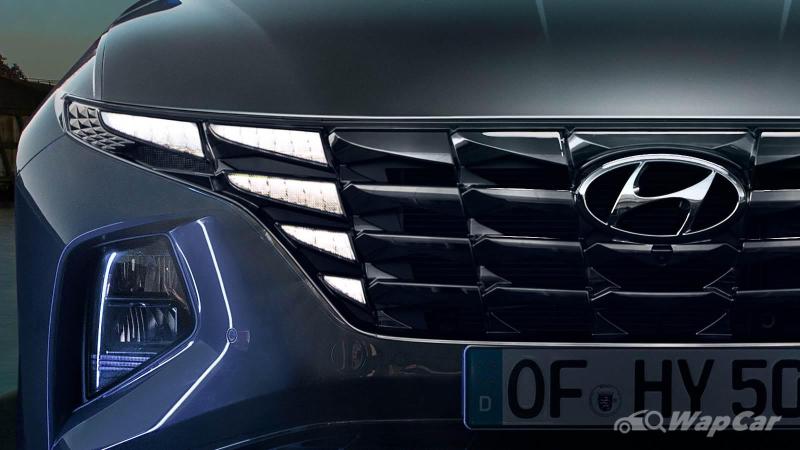 Electronically-controlled adaptive dampers are also available on higher variants. Models with conventional dampers will use MacPherson struts in front and multi-link suspensions in the rear. 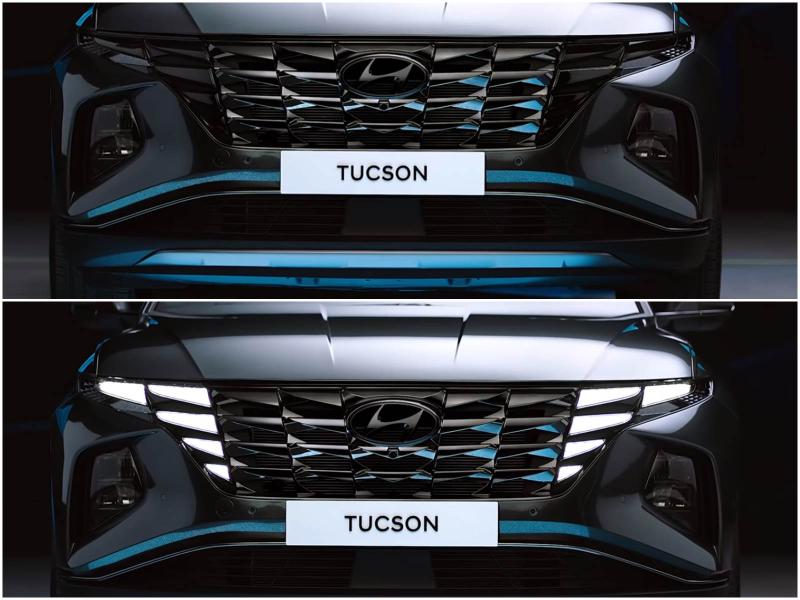 The design highlight of the Tucson is its very sci-fi movie-like styling. The half-mirror like daytime running lights are integrated seamlessly into the grille and if it’s not illuminated, you won’t notice where the lights are. The main beams at the lower sections, similar to arrangements used by the Mitsubishi Xpander. 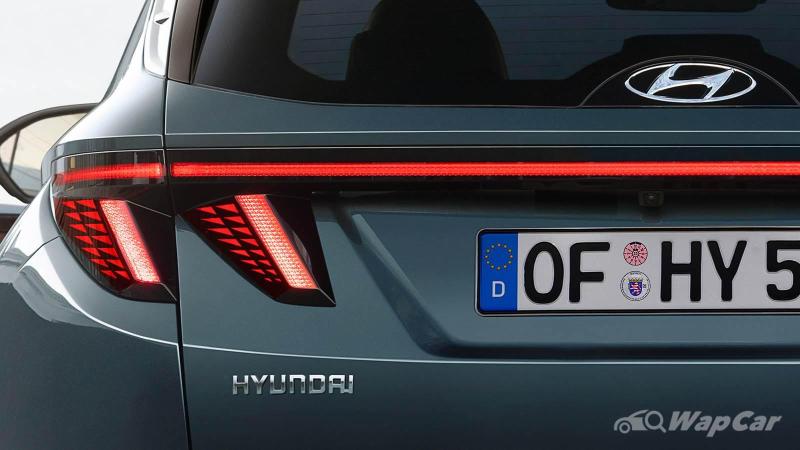 At the rear, there’s a full-width LED tail light, incorporating half-hidden triangular shapes that are only visible when lit. Like many high-end SUVs, the Tucson’s rear wiper is hidden under the rear spoiler. The Hyundai logo is also made of glass. 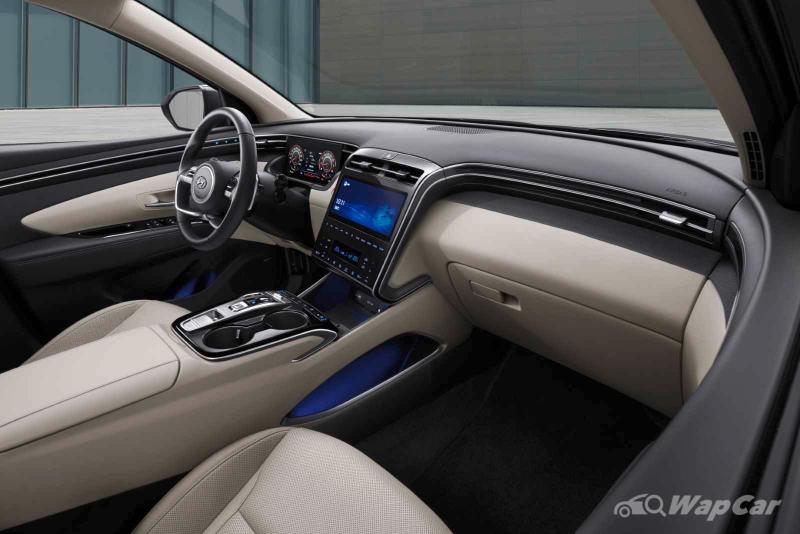 There’s also a Blind View Monitor, which works like Honda’s LaneWatch, but the video feed is displayed on the instrument panel, which also means that the camera works on both sides. 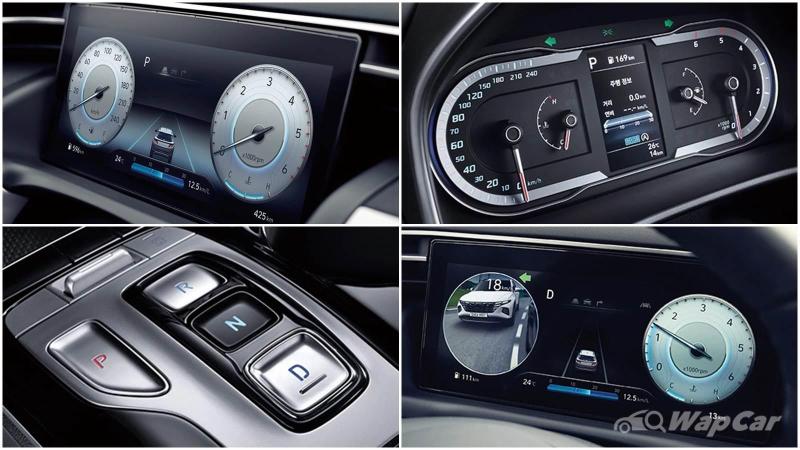 A Rear Occupant Alert (ROA) system will detect for movements in the rear seats and warns the driver if he/she leaves and locks the car (important for preventing situations where sleeping babies are left behind) with occupants inside.

Inside, the ambient mood lighting is adjustable to 64 colors in 10 levels of brightness. 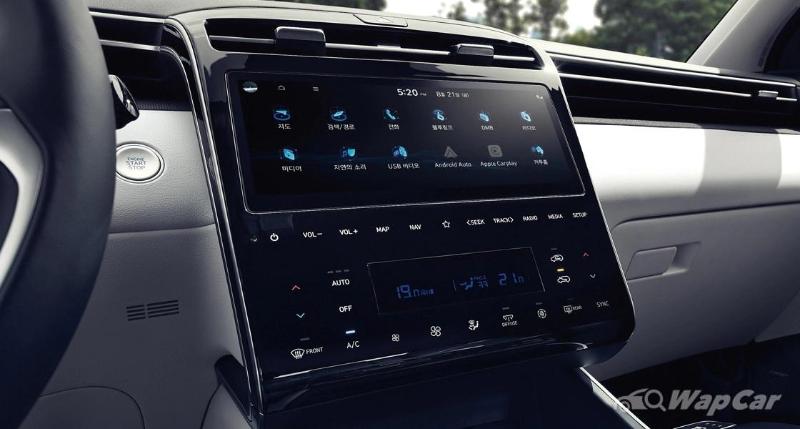 The centre stack is dominated by a 10.25-inch touch screen and has no conventional buttons or switches, only touch sensitive buttons. 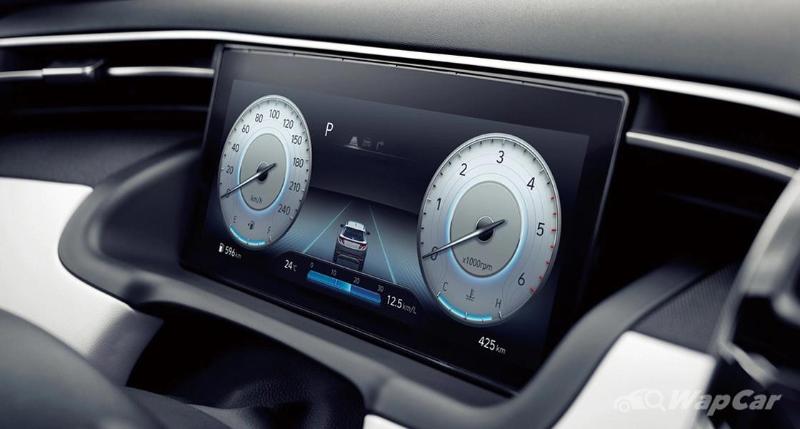 The instrument panel has no hood. Instead it has a tablet-format like 10.25 screen – just like recent compact Mercedes-Benz models. Entry variant models however, will still get a conventional analogue gauge.

There’s no gear lever either. The shift-by-wire transmission positions are all push-button operated.

The manner in which the dashboard sweeps around the cabin, merging nicely into the door panels, is done better than any premium brand rival.

Look closely at the ridges along the dashboard’s width and you will notice tiny holes near the air vents. Hyundai calls this hidden type Multi-Air Mode technology, which disperses air in a soft, quieter manner, complementing conventional air vents. 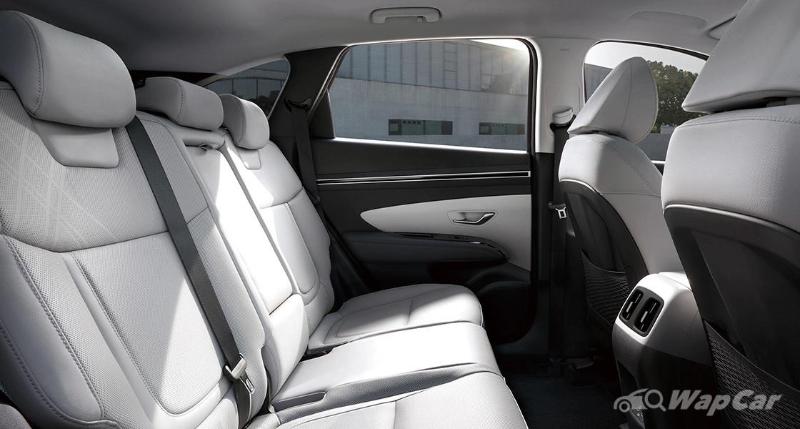 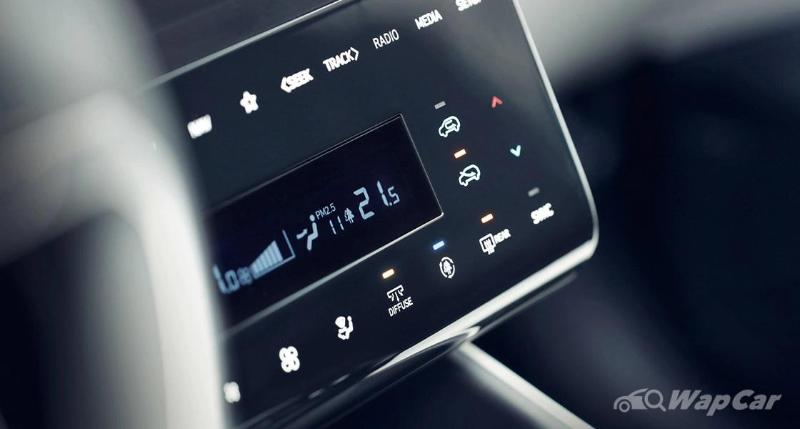 The Rear Passenger Sleeping Mode (RPSM) lowers the rear speakers in order to make the back of the car more relaxing for occupants, when undertaking long journeys.

Behind, the boot holds up to 620 litres of cargo. 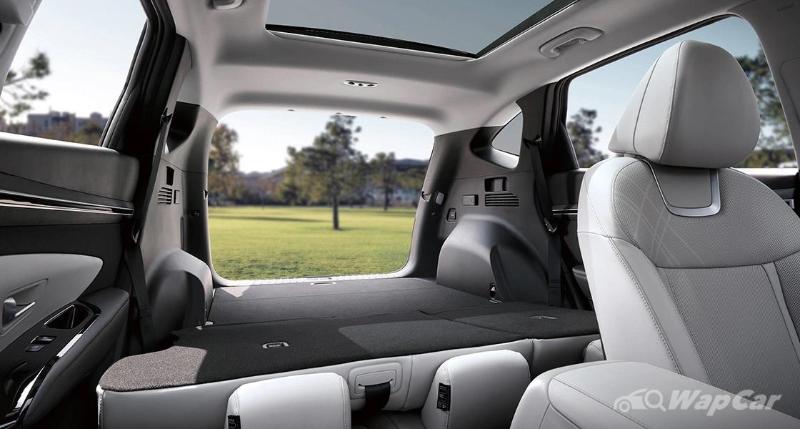 If the Tucson is parked in a tight spot, the driver can remotely drive the car out using the Smart Key’s Remote Smart Parking Assist (RSPA). And you thought only the W223/V223 S-Class and G11/G22 7 Series can do that? 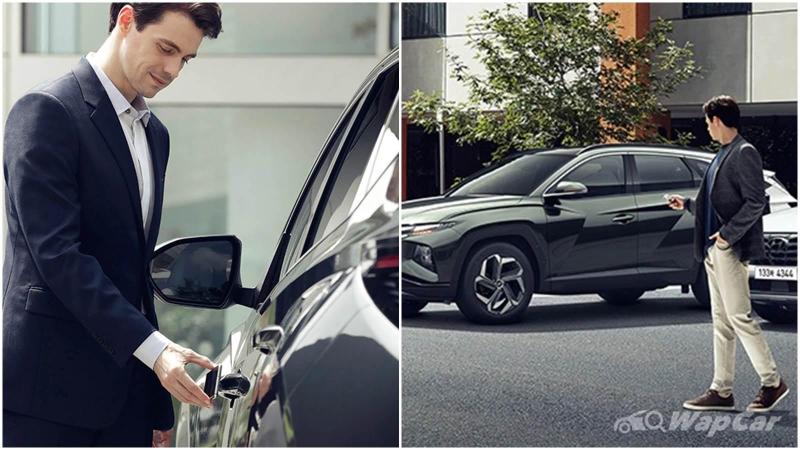 Apart from Korea, the model will also be produced in Nošovice, Czech Republic. Prices in Korea starts from 24.35 million Won. The next market to launch the Tucson should be USA, sometime in the middle of 2021.

Don’t expect the all-new 2021 Hyundai Tucson to reach Malaysia so soon, and contrary to popular opinion, the delay has nothing to do with Hyundai Sime Darby Motors. Hyundai has very little presence in right-hand drive markets and right-hand drive cars are not a priority to them.