HomeNewsOwner Review: Looking for the perfect daily car - Story of my Proton Saga

Owner Review: Looking for the perfect daily car - Story of my Proton Saga

** This article is the personal experience of a 2018 Proton Saga 1.3L Premium CVT owner and does not necessarily reflect the views of WapCar. 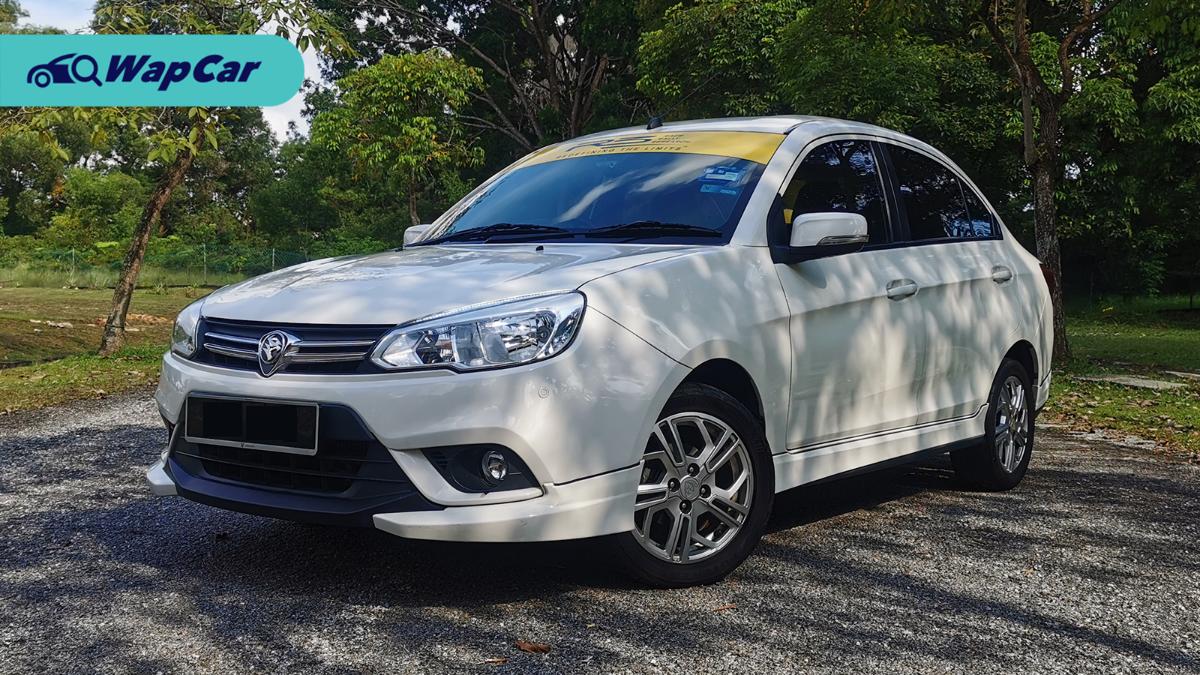 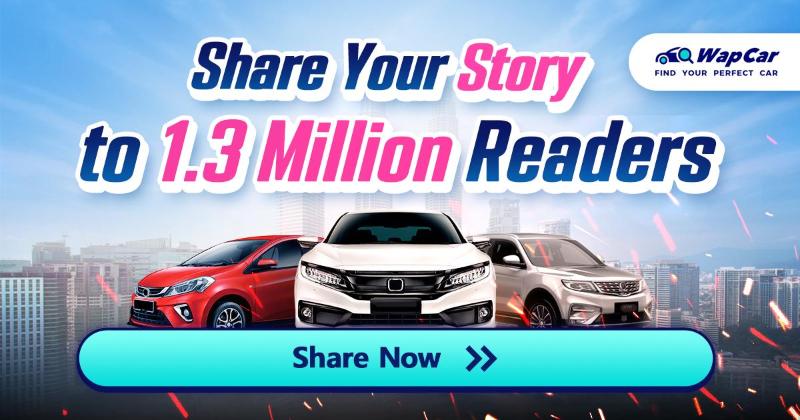 First, a huge thanks to WapCar for accepting my request to join the owner group and allow me to share my story, as part of a growing movement on real cars, real story sharing. I have always wanted to do a sharing like this, where real owners share real experiences on their rides. As I myself very much enjoy such sharing, it is right on my mind to contribute and be part of the movement as well.

As a disclaimer, the car was not registered under my name, but my father’s name. This is to take advantage of the NCD benefit that my father has (Thanks to the COSE sales advisor for this tip). Of course, down the road, I will definitely change the car registration to my name. It’s my ride anyway, so I will definitely be doing it.

So my daily ride is a 2018 Proton Saga 1.3L Premium CVT, dressed in white color with factory bodykit.

I won’t bore the readers on the brand history, car specifications, pricing etc. as these are information readily available online. So I will focus more towards the ownership of the ride for the past 2 years.

My previous ride is a used 2008 Myvi EZ 1.3. It’s not that the Myvi is bad, it’s all down to the previous owner’s accident that causes much problems on the car itself (Talk about not doing due diligence before purchasing a car, WITH CASH!).

So naturally, I needed a more reliable car for my day-to-day job as a business analyst, for travels around Klang Valley and occasional interstate travels as well.

Saga is my first choice within my budget range, as for the Bezza, I’m not a huge fan of the car’s ergonomics and ride quality. Yes, it is very fuel efficient, has a large boot and well known Perodua reliability but it is not my taste. No other car was considered as I needed a car with enclosed boot and not a huge fan of used car at the time due to the Myvi incident, so Saga it is.

I placed the booking for the Proton Saga in April 2018 and collected the Saga in May 2018. As someone who used to drive a Myvi, it is quite a step up in terms of ergonomics and ride quality, not to mention a boot to boot (Can’t pass on a good pun).

Just after getting the Proton Saga, my first “modification” is to change the original Silverstone Kruizer NS800 185/55R15 tires to something more to my taste. As I was told by the sales advisor, some batches may get Continental tires, some may get Goodyear tires and here I was, stuck with Silverstone tires. My dad had several close calls with this brand of tires so he is adamant to swap out the tires (I was there during some of the close calls so I understand his rationale on this).

Sure, these Silverstone can serve well, if you just need some cheap donut for A to B trip. But for spirited driving, definitely a no-no for me. So out goes the Silverstone, and in comes Bridgestone RE003, sized 195/50R15 at RM230/pc back in 2018. 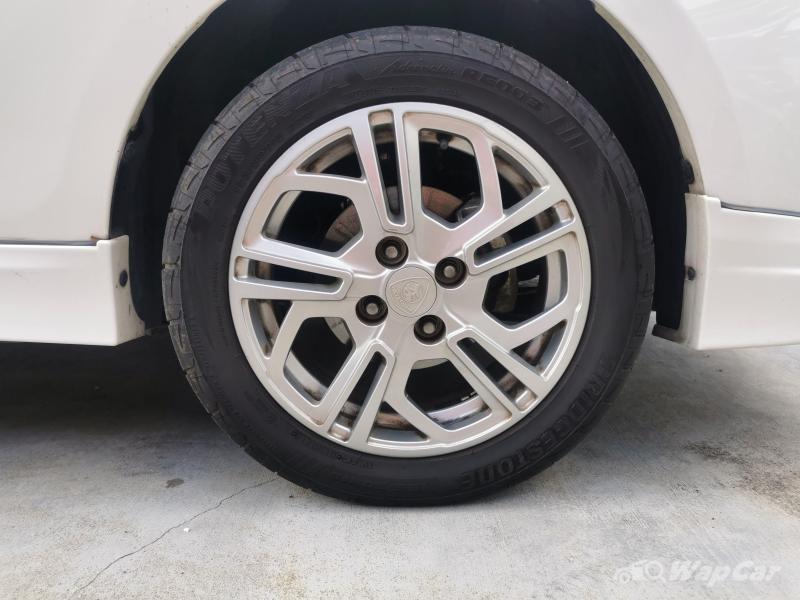 So after 26,000km with these tires, it holds up well for my driving style (late braking, fast corners etc.) and handles superbly on dry weather. Wet weather is a bit of let down but hey, I know what I’m getting into when I first got these tires.

The car is able to handle itself in a corner, no joke on this. It is already well known within the car community that within the A-segment class, Saga’s handling is top-notch. Heck, Proton even throws in a strut tower bar just for giggles.

Even though the Proton Saga shares the same platform as the FLX, as the final iteration of this platform, Proton decided to up turn things up a notch and it shows within its ride and handling. With the RE003s, I have never experience tires squeals when pushing hard on the car through the corners. As the steering rack is using hydraulic power steering, the steering wheel is heavier than most car running electronic power steering but it feels nicely weighted & direct, very good for spirited driving.

As expected, there are downsides to the car ride and handling. Bumps and potholes are still harsh when going through it. There are minor sounds coming from the front suspension (Was fixed during last service but occurred again). But for a car at this price, to me, it’s a small price to pay.

Surprisingly, the biggest issue other users faced was a non-issue to me. I’m talking about the CVT gearbox. Yes, it has a somewhat dodgy reputation for being a time bomb, often when you least expected it. Not to jinx my ride but at least for me, it has been a fine 2 years. If given a choice between 4AT and CVT, I really do prefer the CVT.

Why so you may ask? For my case, the CVT is able to play nicer when it comes to accelerating during high speed. Speaking from experience with the Myvi, there is not much gearing option you can play with when it comes to 4AT gearbox. Sometimes, 3rd gear is too much, but 4th gear does not cut it. There is no in-between which frustrates me at times when wanting to overtake.

Another downside, other than it being a ticking time bomb, is during initial take off, especially after stop-go traffic jams. Stepping hard on the gas pedal just after releasing the brake is a no-no as it will exacerbate the effect even more. Yes it irks me but I have learnt to let the car roll a bit more to reduce the effect.

But apparently, after my latest service at Proton Service Center with Shell Helix HX7 5W-30, the jerking effect has lessen quite a bit (The SC I visited ran out of stock on Petronas Syntium). Maybe the previous Petronas Syntium 800 SE 10W-30 thicker viscosity has something to do with it. Proton, if you ever read this, do consider this feedback as it has a pronounced effect in improving the car’s behavior in stop-go traffic.

Fuel consumption is definitely high with this car. I’m averaging 10.27 km/L since getting this car and spent RM5,694.39 to date on just refueling the car.

Shocking as it may be, the higher rolling resistance of the Bridgestone tires and my heavy right foot, coupled with more town driving traffic, help drives up the fuel consumption. I might be ranked as some of the worst person/case scenarios for this car, as I rarely see another owner post such low mileage for every litre burned.

Back to the interior of the car, it is a pretty basic car. The interior is, of course, function more than form. All buttons and switches are within easy reach, no complicated hidden features so my eyes can keep focus on the road without having to wander around.

I do like the addition of reverse camera at the rearview mirror, instead of down low in the center console, like some cars with fancier head units.

This way, it is easier for me to focus on the rearview mirror rather than 2 separate views/screens when reversing. The reverse camera is also very useful when the car beside me is very long and block my rear quarter view on oncoming traffic.

The front seat itself is quite nice. Not up to Persona seat nice, but definitely better than my old Myvi. As I’m somewhat small in size, I fit into the seat very nicely. During corner, the seat side bolster is somewhat bucket-ish and is able to prevent me from sliding around (My old Myvi seats are flat so I get tossed around quite often).

The rear bench seat are miles ahead of what Bezza used to offer. For short trips like a Grab ride, it is bearable, but definitely a no for me on long trips back to kampung. Sometimes, I do get to seat at the rear of my car on balik kampung trips and I am grateful with my decision for getting this Saga, else I will be cursing my way back to kampung. Heck, Perodua even revised the Bezza’s rear bench seat angle in the face-lifted model after receiving so much criticism for it (Good on you Perodua, for listening to user feedback).

In the past 2 years, I did not do any upgrade to the car performance. Exteriorly, I have added a bright yellow sticker to the front windshield. 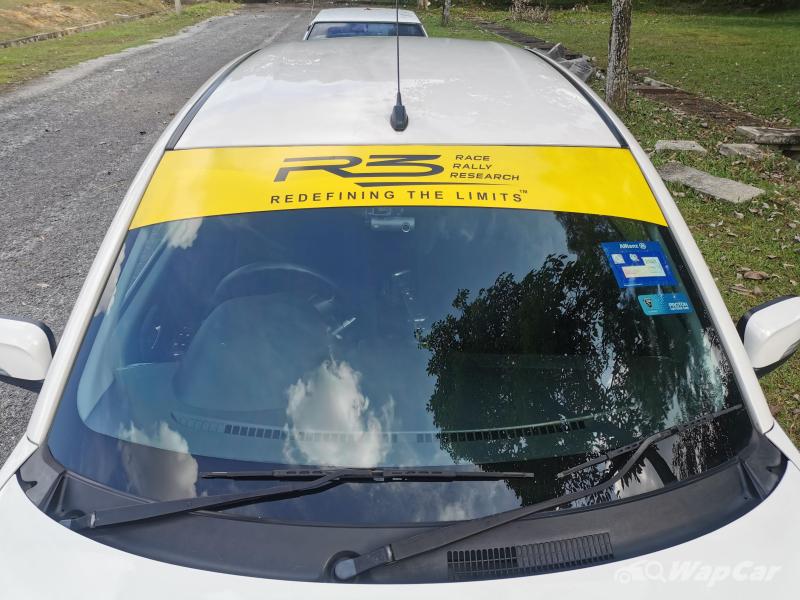 Yes, it is a ricer move, I won’t deny it but I can’t help on this. The sticker looks too tempting for me to not buy it so I went ahead and done it.

I have also added a DRL light strip at the headlights for a nicer look, especially during the night as it looks far better than stock. I might have voided the headlight warranty for this but I just get over with it.

I have also replaced the stock headlight bulbs with Osram Nightbreaker Laser Next Generation. It helps to improve the light output, not by much but definitely an improvement over the stock bulbs. I have also adjusted the cut-off height as to not cause glare to other drivers when driving at night.

For the next modification, I will replace the stock fog lamp to a better one as they do not help much to illuminate, especially during heavy rain/foggy morning drives. Since I drive mostly in the wee hours of the morning during interstate travels, so having an option to help illuminate the road is a plus (Front and rear fog lamp have different switch so the Toyota Vios rear fog lamp issue won’t crop up).

As of right now, it is more on trying to maintain the Proton Saga so it rides and performs like it supposed to. I would say this: “Anyone can buy a car, but not everyone can properly maintain one”. Even as I’m progressing towards a better financial position than I was 2 years before, I would not want to burden myself with even higher loan repayment on nicer car right now, even though I can afford it if I really want to. As Gary Vaynerchuk said: “If you make $49,000 a year, live like you make $27,000 a year”.

I will say this, Proton Saga is one of the best value for money car one can get right now. And I am one of the many proud owners of this national icon.