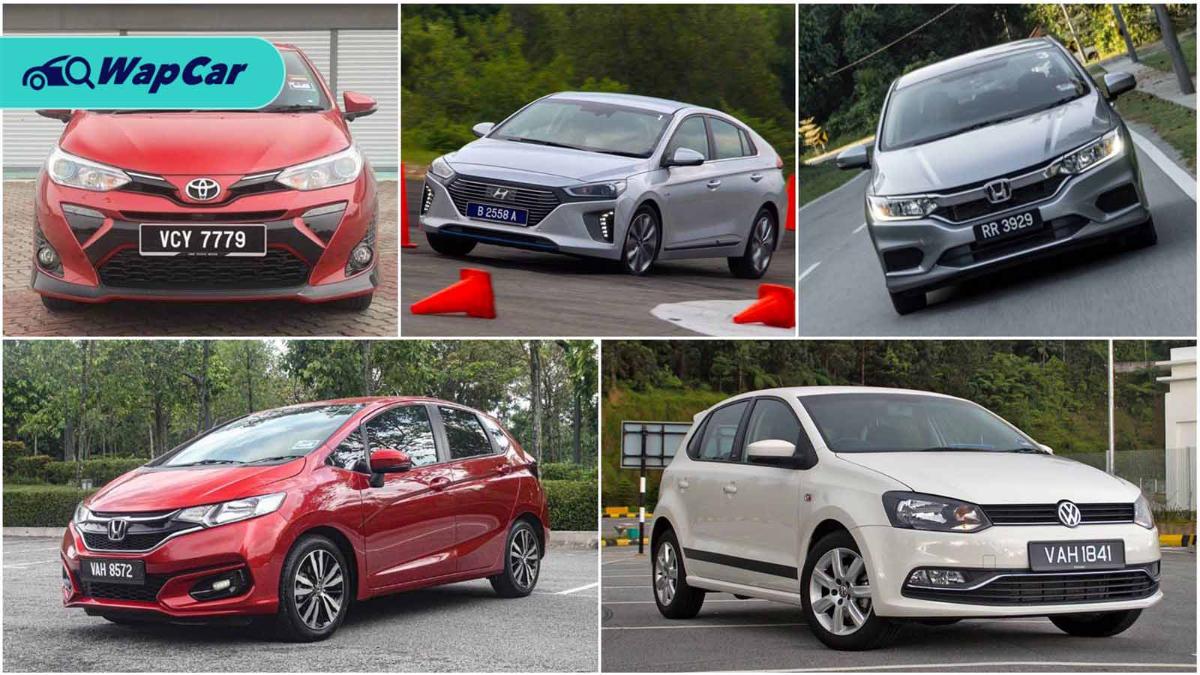 To most average Malaysians, one of the key factors in buying a car is good fuel economy and for a lot of them, the choice is obvious: Perodua. It’s a no-brainer really, they’re cheap but reliable and fuel-efficient.

There’s no denying that Peroduas like the Bezza and Axia are the go-to choice for fuel-efficient automobiles but at WapCar, we want to stand out. Besides, what’s wrong with spreading out your options? With that out of the way, here are 5 brand new fuel-efficient cars currently available that aren’t badged Malaysia’s second national car brand. 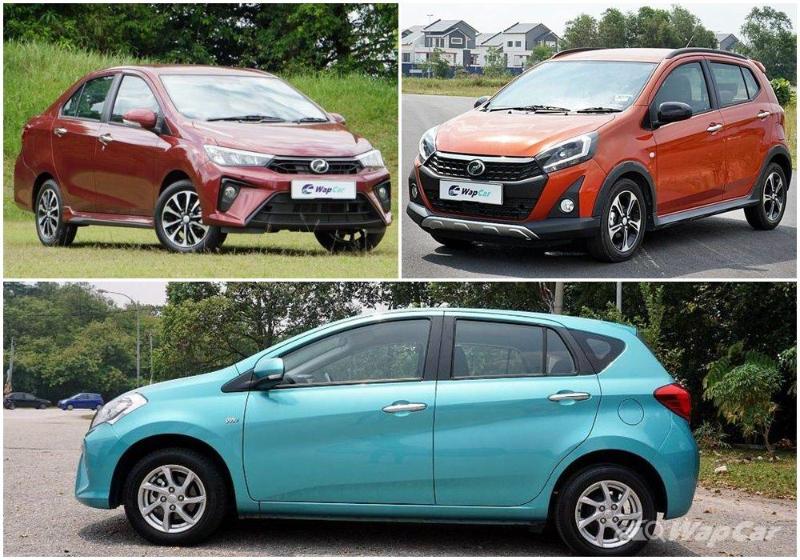 First off, here are the fuel consumption figures of three Perodua models that we have tested before: 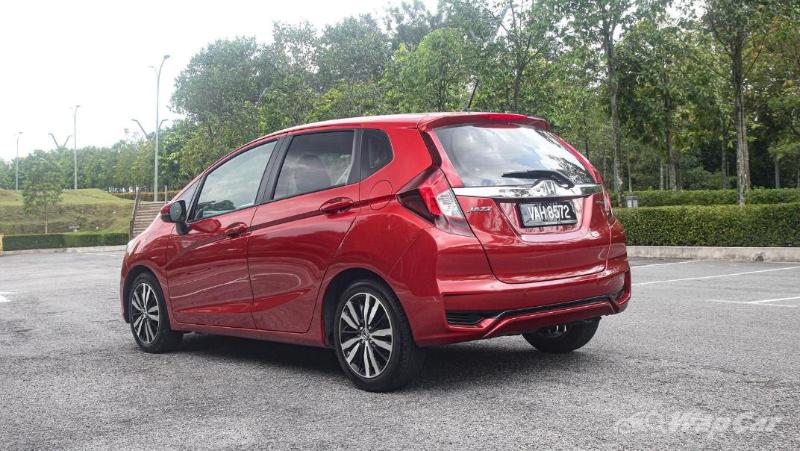 The petrol-powered Jazz might’ve been old but in terms of practicality, the tall-ish hatchback is pretty much the king. Even in fuel economy, the Jazz doesn’t disappoint. While Honda claims the 1.5-litre SOHC i-VTEC engine to have a range of 5.8 L/100 km, we managed to pull off 6.7 L/100 km which is honestly far off Honda’s claim. 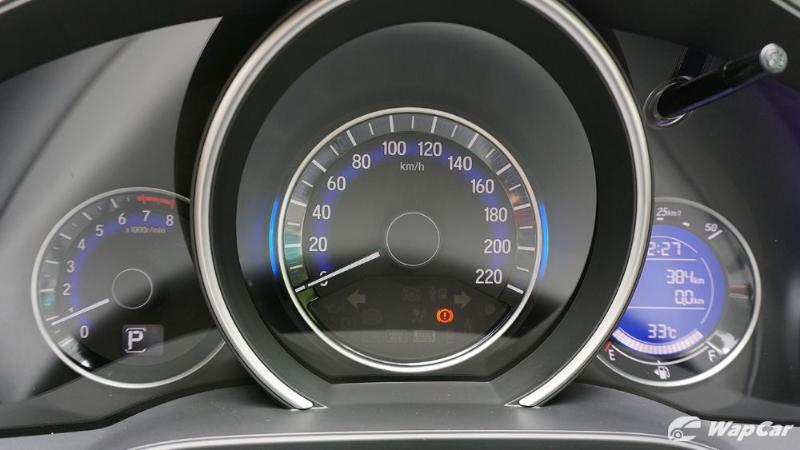 Interestingly, we got this figure despite being aggressive in doing our century sprint tests. No matter how far you push the Jazz to its limits, it still gives good fuel economy figures, which is what you would want in an everyday car. 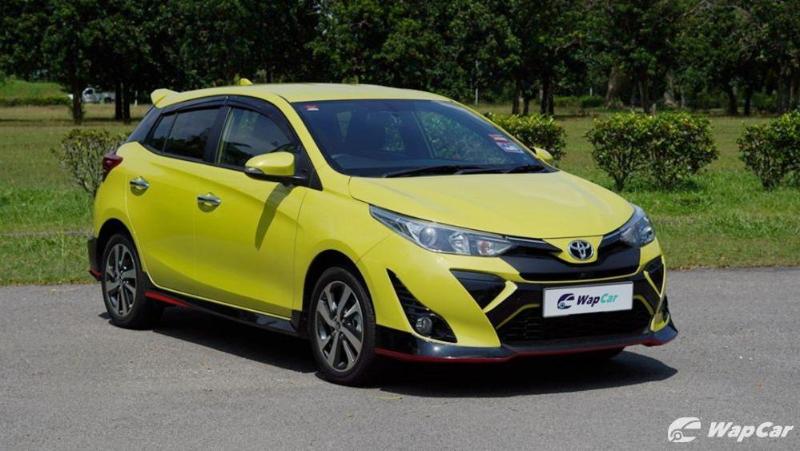 The Jazz’s closest rival pulls out quite an impressive figure in our test. It has a smoother CVT transmission and a better ride. Not to mention, even more impressive fuel consumption figures! 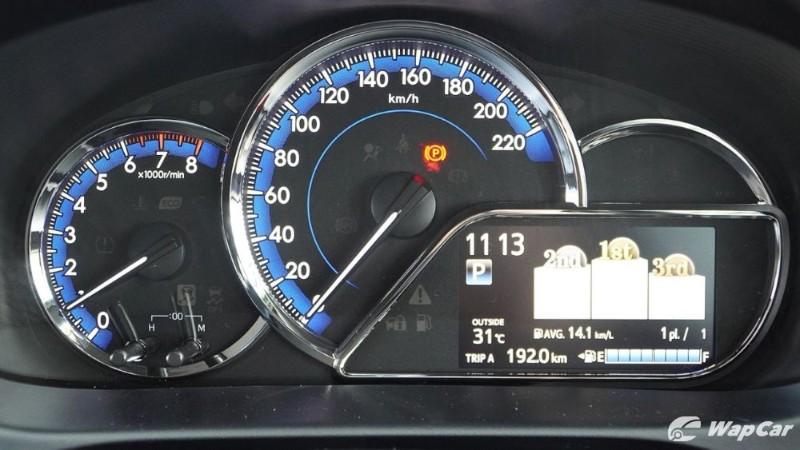 In mixed stop-go traffic and highway cruising, the ‘Yota brought 5.8 L/100 km which easily undercuts the petrol-powered Jazz’s figures. However, in our recent Yaris ratings article, we found the fuel economy shot up to 7 L/100 km. Still, depending on how you drive, rest assured that the figures would still be around 6 to 7 L/100 km which is pretty acceptable. 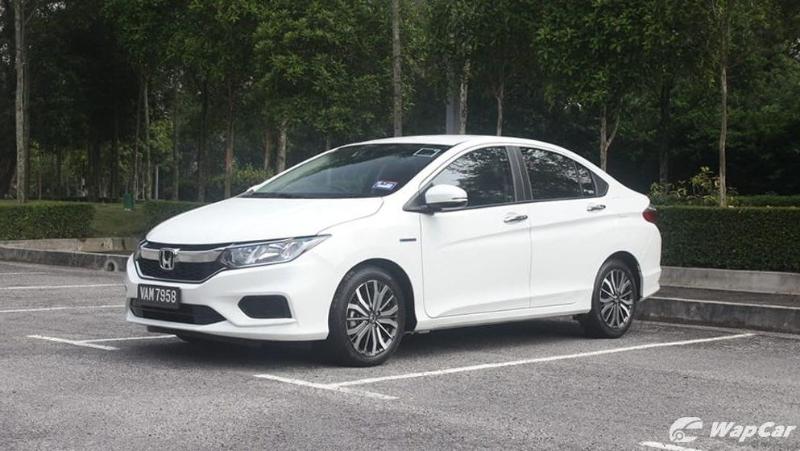 The current City and its hatchback brother Jazz feature a hybrid powertrain but we’ve got to give more credit to the one with the booty. The Honda City Hybrid is one of the most affordable hybrid cars in Malaysia at RM 89,200. 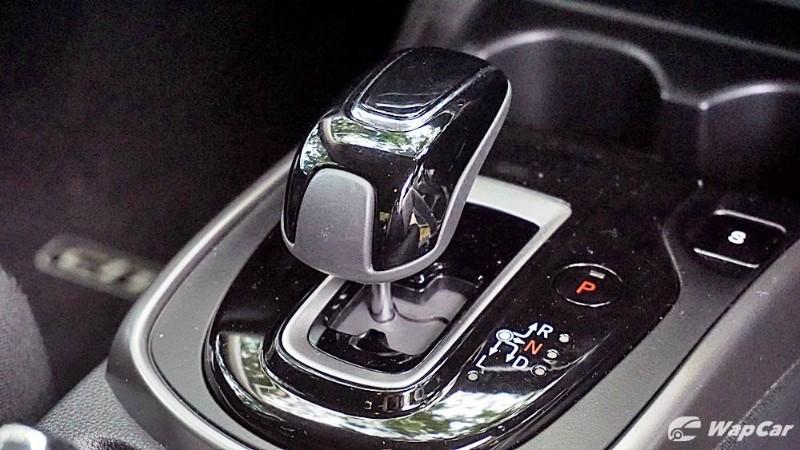 In our review, the City Hybrid returned 5.7 L/100 km after covering around 360 km in mixed urban and highway driving conditions. That being said, it does lack a bit in some equipment like curtain airbags, leather upholstery, LED headlights, and an 8-speaker audio system that are available in the top-spec 1.5 V. If you don’t mind compromising those for fuel economy, the City Hybrid is a pretty decent buy. 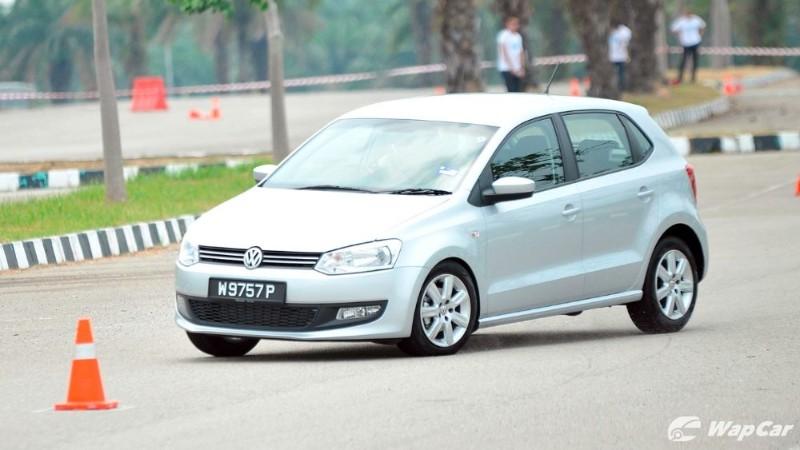 If you think the Jazz is old, the Polo is an aging relic – only 2 airbags with no stability AND traction control in 2020?! But it does provide decent comfort and fuel economy. 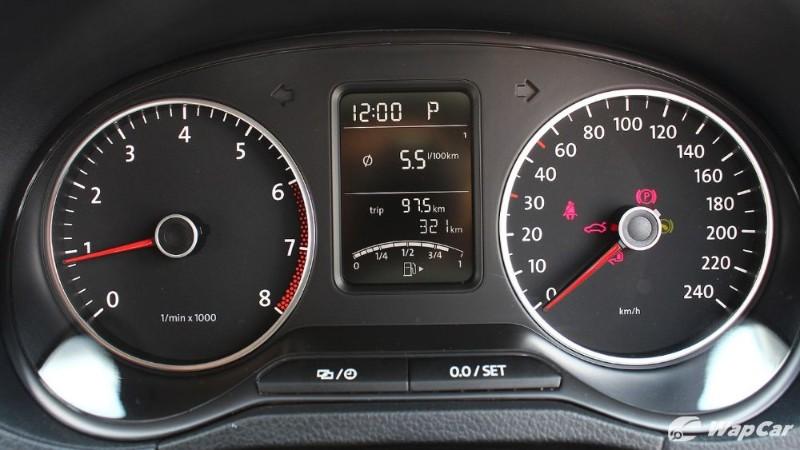 In our review, we got 6.3 L/100 km in mixed driving conditions. However, that number quickly went down to 5.5 L/100 km in highway driving. Well, it seems that’s where this old German really belongs, the cruising autobahn PLUS highway. 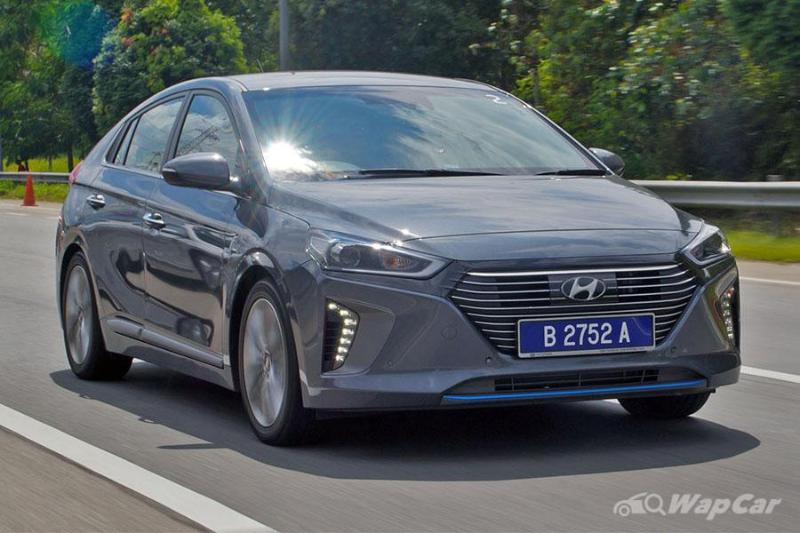 Rounding up the list is a hybrid Hyundai that probably slipped your mind. The slippery-looking Ioniq is designed to give the most fuel mileage. This makes sense for it to have the lowest fuel consumption figures among the five at 4.9 L/100 km. 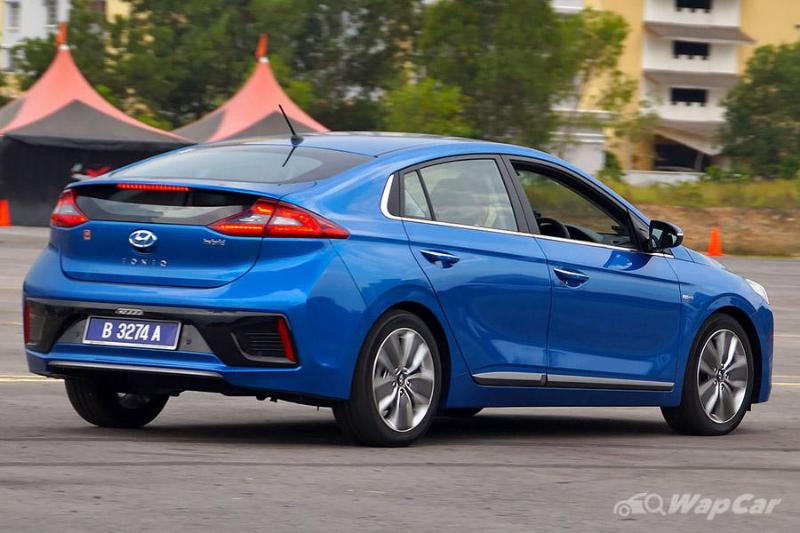 That is definitely an impressive figure. It helps that the Ioniq is designed to be a fuel-efficient hybrid car from the ground up unlike the City Hybrid which is a hybrid variant of an existing ICE-powered car. Granted, the Ioniq is the most expensive of the lot with the HEV Plus listed at RM 115,888. 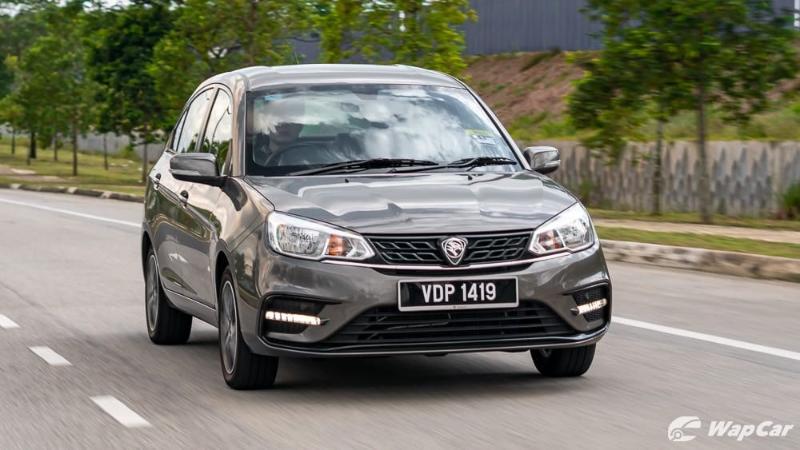 There you have it, 5 fuel-efficient cars you can buy brand new in Malaysia if you want something other than a Perodua. Before you ask about the absence of the Proton Saga, well… While we did get an adequate 6.7 L/100 km in our review, in stop-go traffic, that number could climb up well to 7 and even above, so it’s sadly omitted here.